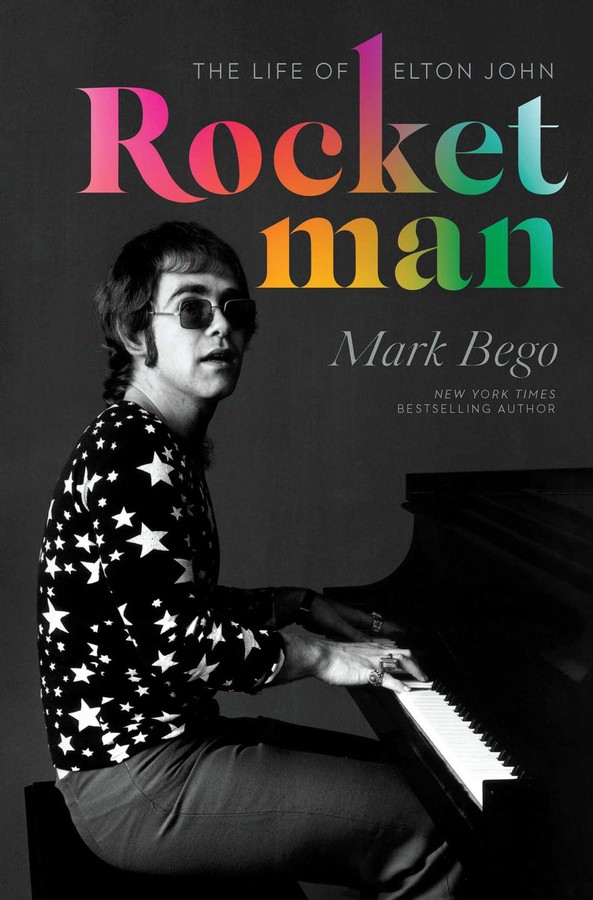 The colorful and kaleidoscopic life of one of the world’s most original and talented musical artists.

Here’s the book every pop music lover has been waiting for—full of the scandals, addictions, affairs, and tantrums that underscored the life of arguably the world’s greatest pop musician. Flamboyant, iconic Elton John is as much part of the American musical landscape as he is in his native England.

In the 1970s, when popular music on both sides of the Atlantic fragmented into disco, soul, hard rock, pop, and folk, Elton John embraced them all with his signature creative panache. Emerging in the late 1960s as a singer/songwriter, Elton was widely acknowledged as the most prolific pop and rock star of the decade by the mid-1970s. His peerless musical style and ability to jump from sensitive ballads to bawdy rock anthems to campy pop have made him a musical superstar for the ages.

From his heartfelt ballads like “Tiny Dancer” and “Your Song” to his rock & roll hits including “Bennie and the Jets” and “Crocodile Rock,” Elton has lived one of the most outrageous and colorful lives in show business.

Having met the “Rocket Man” the first time in the 1980s, Bego has drawn upon his personal observations and vast research, and has been able to interview dozens of Elton’s collaborators and lifelong friends to produce the the ultimate story on the amazing and larger-than-life Elton John.

“Bego narrates the ups and downs of musician Elton John’s career and music. In breathless prose, Bego cheerleads for John.”

“The life and times of Elton John are explored in this fascinating read--and no details are left uninvestigated.”

“Rocket Man is a formidable work that satisfies. A reader that doesn’t fall a little bit in love with Elton John after reading Rocket Man is hard-hearted indeed.”

“Bego discusses John’s extensive recording output as well as his drug addiction and various health issues, his failed suicide attempt, his coming out, his forays into musical theater (Aida, The Lion King, Billy Elliot), his marriage to David Furnish, and the making of Rocketman...Elton fans won't want to miss this.”

“Whether readers have been listening to Elton John since Goodbye Yellow Brick Road or know him only from the film Rocketman, they’ll find this a comprehensive biography, infused with a satisfying dose of dishy gossip.”