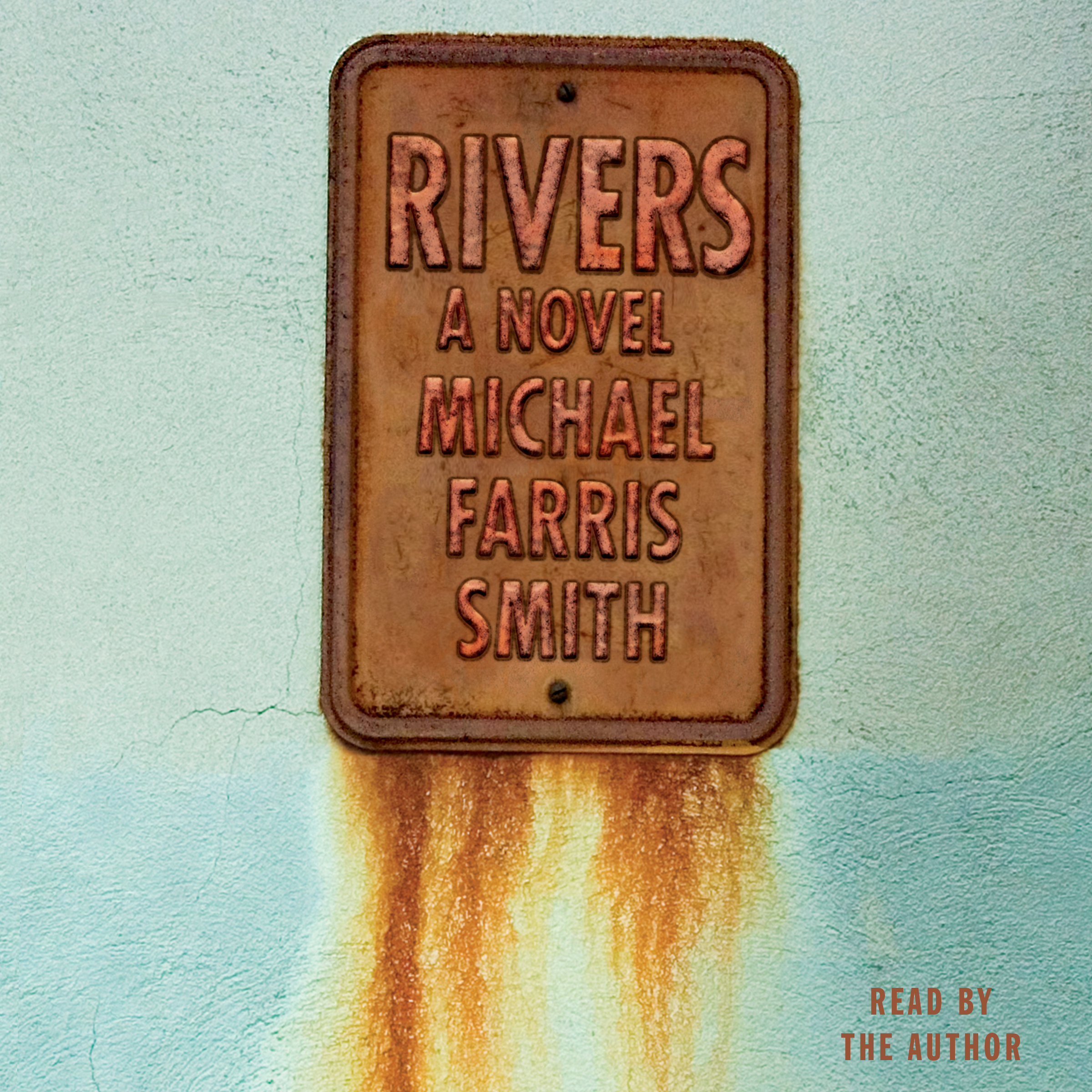 For fans of Cormac McCarthy and Annie Proulx, “a wonderfully cinematic story” (The Washington Post) set in the post-Katrina South after violent storms have decimated the region.

It had been raining for weeks. Maybe months. He had forgotten the last day that it hadn’t rained, when the storms gave way to the pale blue of the Gulf sky, when the birds flew and the clouds were white and sunshine glistened across the drenched land.

The Gulf Coast has been brought to its knees. Years of catastrophic hurricanes have so punished and depleted the region that the government has drawn a new boundary ninety miles north of the coastline. Life below the Line offers no services, no electricity, and no resources, and those who stay behind live by their own rules—including Cohen, whose wife and unborn child were killed during an evacuation attempt. He buried them on family land and never left.

But after he is ambushed and his home is ransacked, Cohen is forced to flee. On the road north, he is captured by Aggie, a fanatical, snake-handling preacher who has a colony of captives and dangerous visions of repopulating the barren region. Now Cohen is faced with a decision: continue to the Line alone, or try to shepherd the madman’s prisoners across the unforgiving land with the biggest hurricane yet bearing down—and Cohen harboring a secret that poses the greatest threat of all.

Eerily prophetic in its depiction of a Southern landscape ravaged by extreme weather, Rivers is a masterful tale of survival and redemption in a world where the next devastating storm is never far behind.“This is the kind of book that lifts you up with its mesmerizing language then pulls you under like a riptide” (The Atlanta Journal-Constitution).

This reading group guide for Rivers includes an introduction, discussion questions, and ideas for enhancing your book club. The suggested questions are intended to help your reading group find new and interesting angles and topics for your discussion. We hope that these ideas will enrich your conversation and increase your enjoyment of the book.

Devastating storms have pummeled the already eroded coastline of the American Southeast and the federal government has drawn a boundary, known as the Line, declaring everything below it uninhabitable. This is the setting for Rivers, a land of lawlessness and desperation, where no one has electricity or resources and no one and nothing is safe from looters, vandals, and violent storms that surge without warning, destroying everything in their path. Having lost his wife and unborn child during a mandatory evacuation, Cohen has decided to stay behind, rebuilding his house over and over again as an altar to his deceased family. On his way back from buying supplies one day, Cohen picks up two teenage hitchhikers, a boy and a Creole girl, who attack and nearly kill him, stealing his Jeep , all his supplies and the last precious mementoes he had of his wife and child. His will to survive becomes bound to finding and punishing his attackers, who are themselves prisoners in a commune run by a nefarious preacher with dangerous and twisted plans. He is now faced with the decision to escape the treacherous and sordid existence of life below the Line, including the Creole girl–who he finds himself drawn to–or to try to help them all escape the horrible future that awaits.

1. The preface for the novel is a verse from the Bible: “When neither sun nor stars appeared for many days and the storm continued raging, we finally gave up all hope of being saved. “Acts 27:20” What tone does this set for the opening of the first chapter? Is this tone sustained throughout the novel? If so, how?

2. How is religion dealt with in the novel? Do you see Cohen as a religious person? Mariposa? Aggie? What does the author’s treatment of religion suggest about his own views?

3. The novel offers close-third perspectives from a number of different characters. How do you think this contributes to the overall story? Are there some perspectives that you relate to or trust more than others?

4. How do you think the author’s style of prose affects the story? What are the distinctive features of his prose?

5. Aside from Cohen, we learn very little about the characters appearances and lives outside of the present moment. How do you think this absence of detail affects the way in which readers relate to the characters?

6. How does Smith instill a sense of darkness and fear in the novel? Are there particular passages that stand out as especially apocalyptic? What aspects of life below the Line stand out as the most disturbing to you?

7. In Chapter 8, Cohen leaves a note at his ransacked house that reads “To whom it may concern–he is not dead he is risen.” (p. 79) What do you think he meant by this? What does it help us learn about the characters’ relationship to religion?

8. The weather plays a significant role in the novel, from its part in the characters’ current circumstances to the continued effect it has on their lives. What attitudes are conveyed by the author’s portrayal of the storms and our defenselessness against them?

9. Do good and evil exist in Smith’s world? Is Aggie good or evil? What about the other characters?

10. What were Aggie’s plans for the commune? What kind of person do you think Aggie was before the storms and flooding?

11. Many dystopian novels portray a nightmarish world that turns ordinary humans into murderers and thieves. Could you imagine a world like this? How do you think you would react if you had to endure such circumstances?

12. Mariposa and Evan are introduced as thieves and murderers, but by the end of the book they have transformed. What do you think is their true character? What did meeting Cohen have to do with their transformation? What do you suspect would have become of them had they not met him?

14. The novel revolves around each characters’ struggle to survive in spite of the horrifying conditions they must endure. What have Cohen and Mariposa gained by the end of the book? What have they lost?

1. Smith is a native of Mississippi and was clearly very affected by the impacts of Hurricane Katrina on the Southeastern American coast. How closely did the storms described in Rivers and the government’s treatment of certain areas reflect the actual devastation wrought by Hurricane Katrina?

2. Hurricanes continue to strike all over the world, slowly eroding the coastline with their powerful force. Do some research into meteorological predictions to find out how much of the coastline is under threat of hurricane destruction – the National Oceanic and Atmospheric Administration is a good place to start.

3. The commune formed by Aggie was seen as sinister by all but Ava, yet he was still able to hold them all captive and, in some sense, maintain their allegiance. Learn more about well-known cults of the past and the specific characteristics of a cult and its leader: http://en.wikipedia.org/wiki/Cult. Can you see some of these traits in Aggie?

4. Have a dystopian movie night! Watch classics, like Fahrenheit 451 and A Clockwork Orange, or modern adaptations like The Road and Blindness. Read the books first, if you like. Discuss how they compare to Rivers. 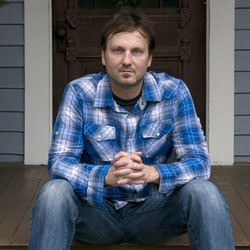 Michael Farris Smith has been awarded the Transatlantic Review Award, Brick Streets Press Short Story Award, Mississippi Arts Commission Literary Arts Fellowship, and the Alabama Arts Council Fellowship Award for Literature. He is a graduate of Mississippi State and the Center for Writers at Southern Miss. He lives in Columbus, Mississippi, with his wife and two daughters. Rivers is his first novel.

Michael Farris Smith has been awarded the Transatlantic Review Award, Brick Streets Press Short Story Award, Mississippi Arts Commission Literary Arts Fellowship, and the Alabama Arts Council Fellowship Award for Literature. He is a graduate of Mississippi State and the Center for Writers at Southern Miss. He lives in Columbus, Mississippi, with his wife and two daughters. Rivers is his first novel.