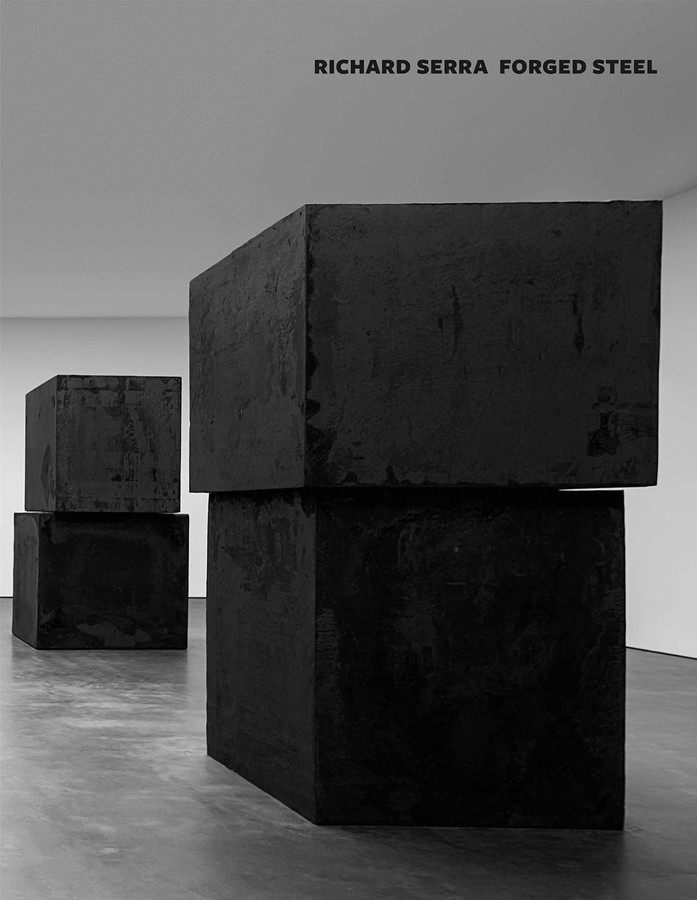 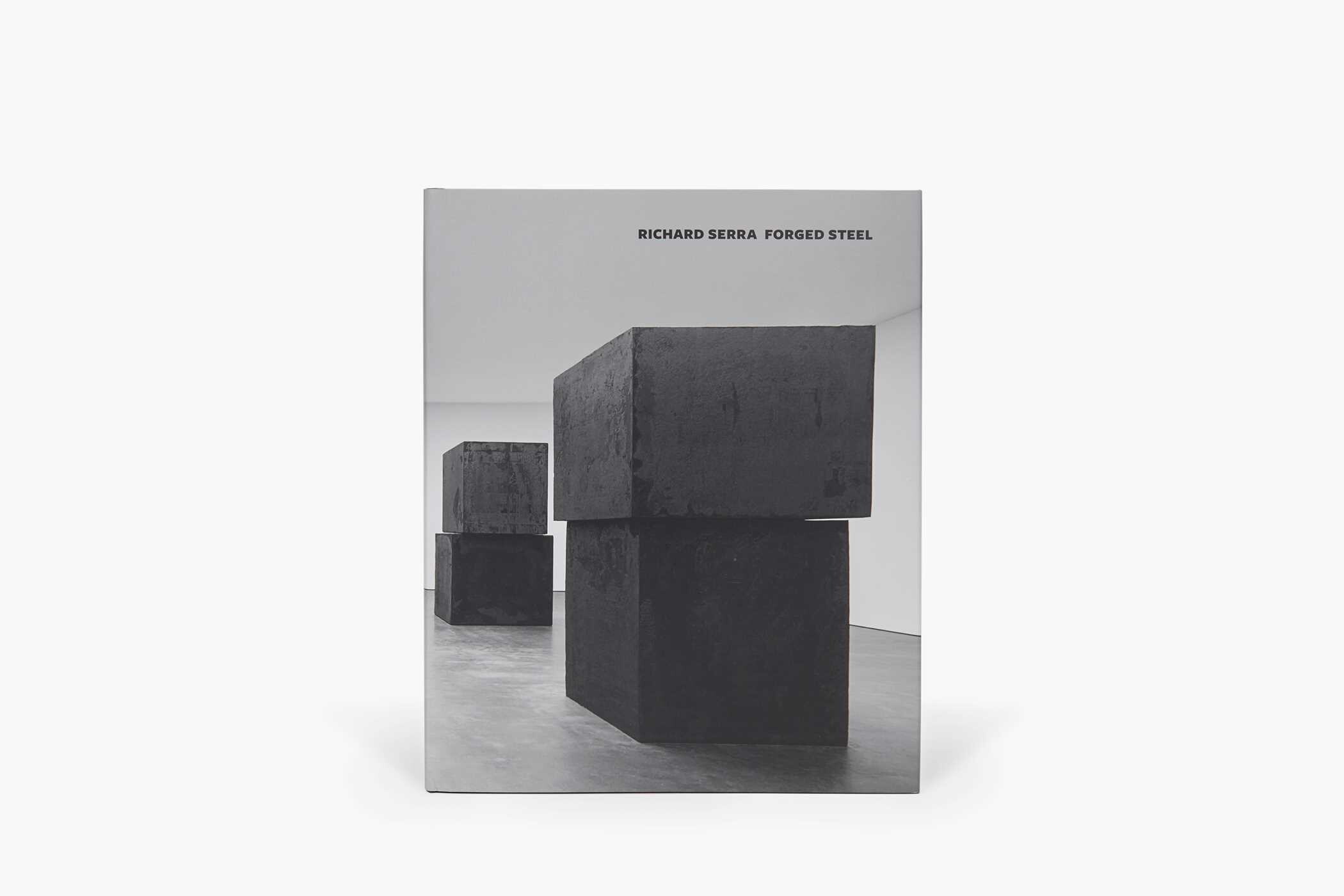 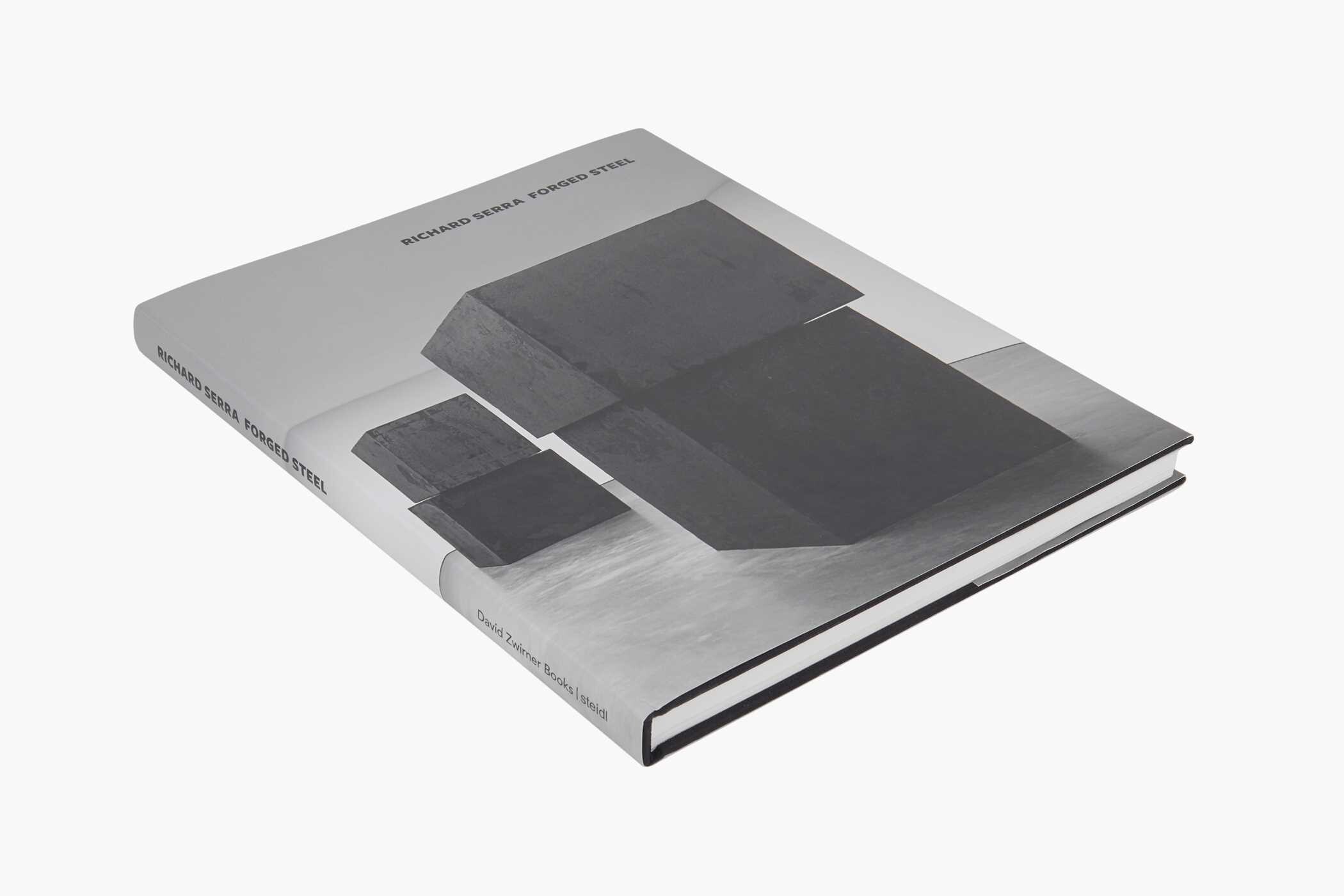 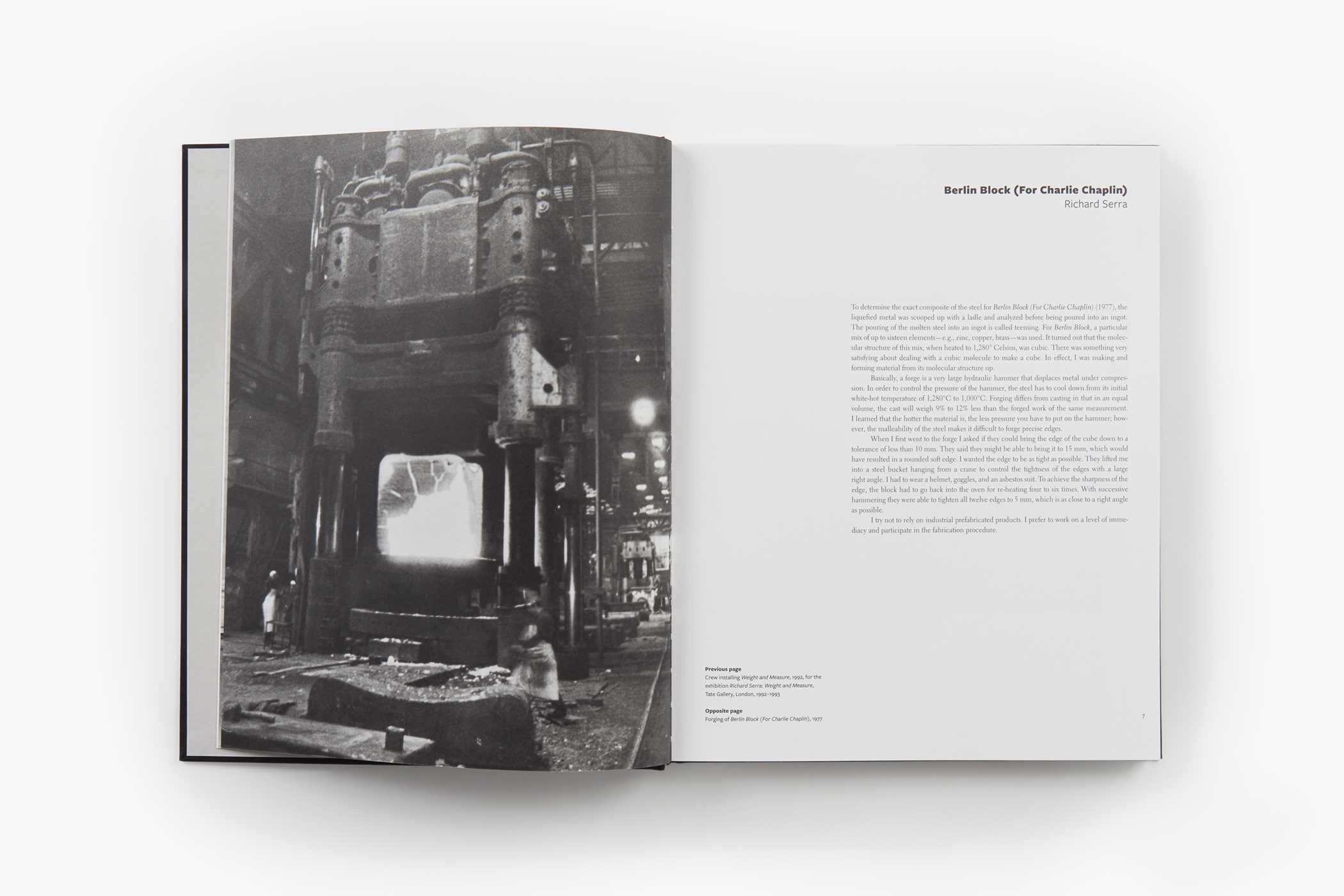 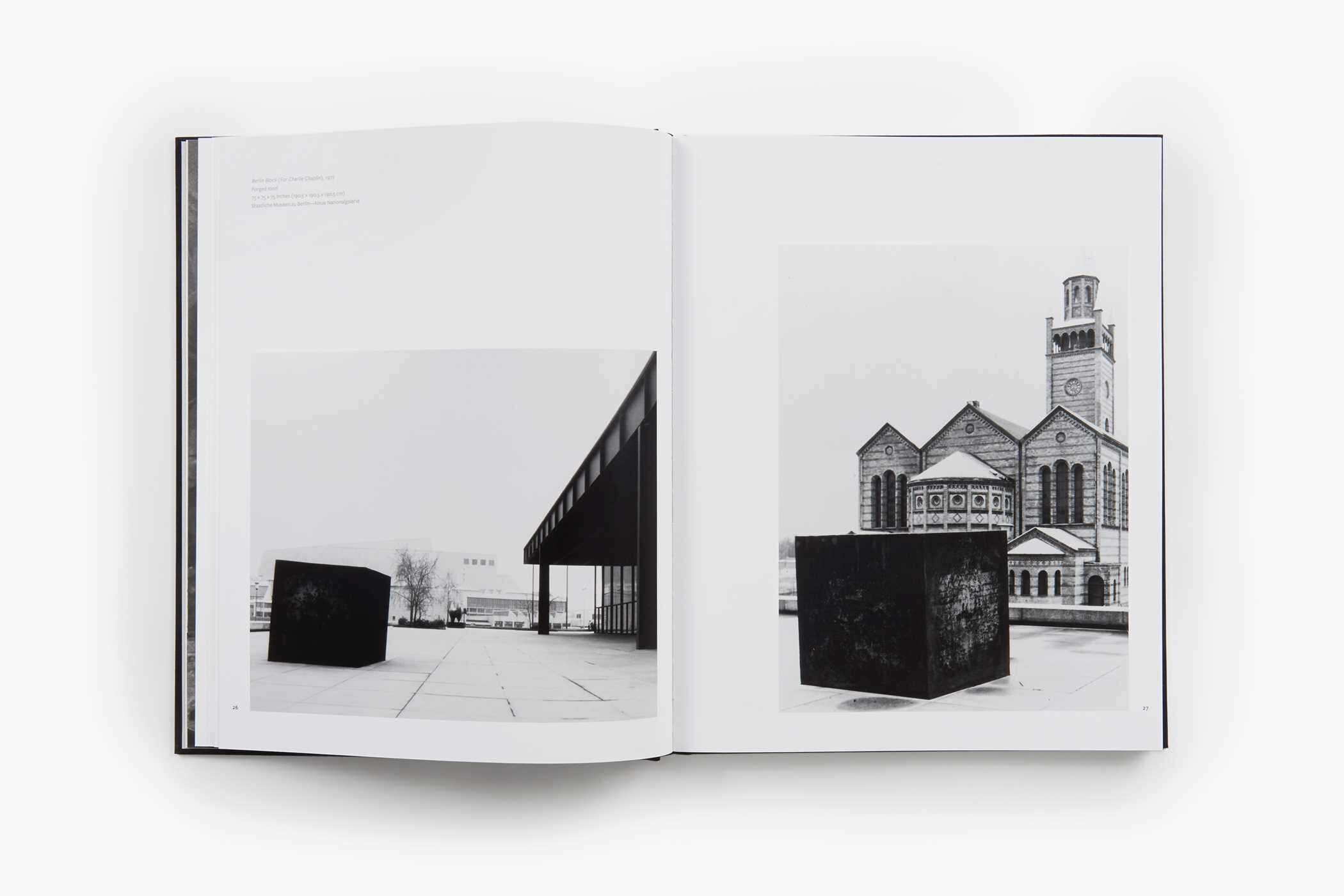 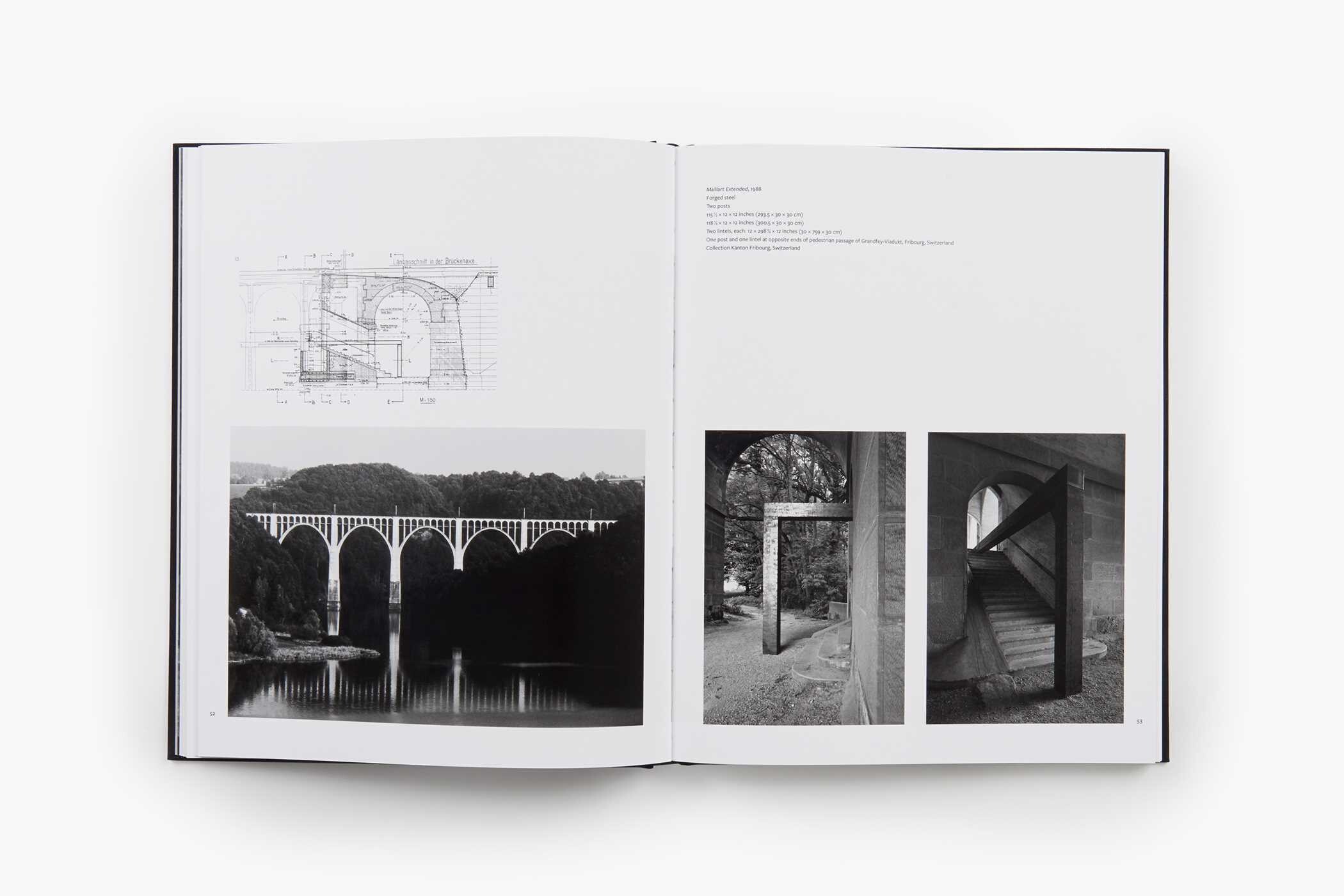 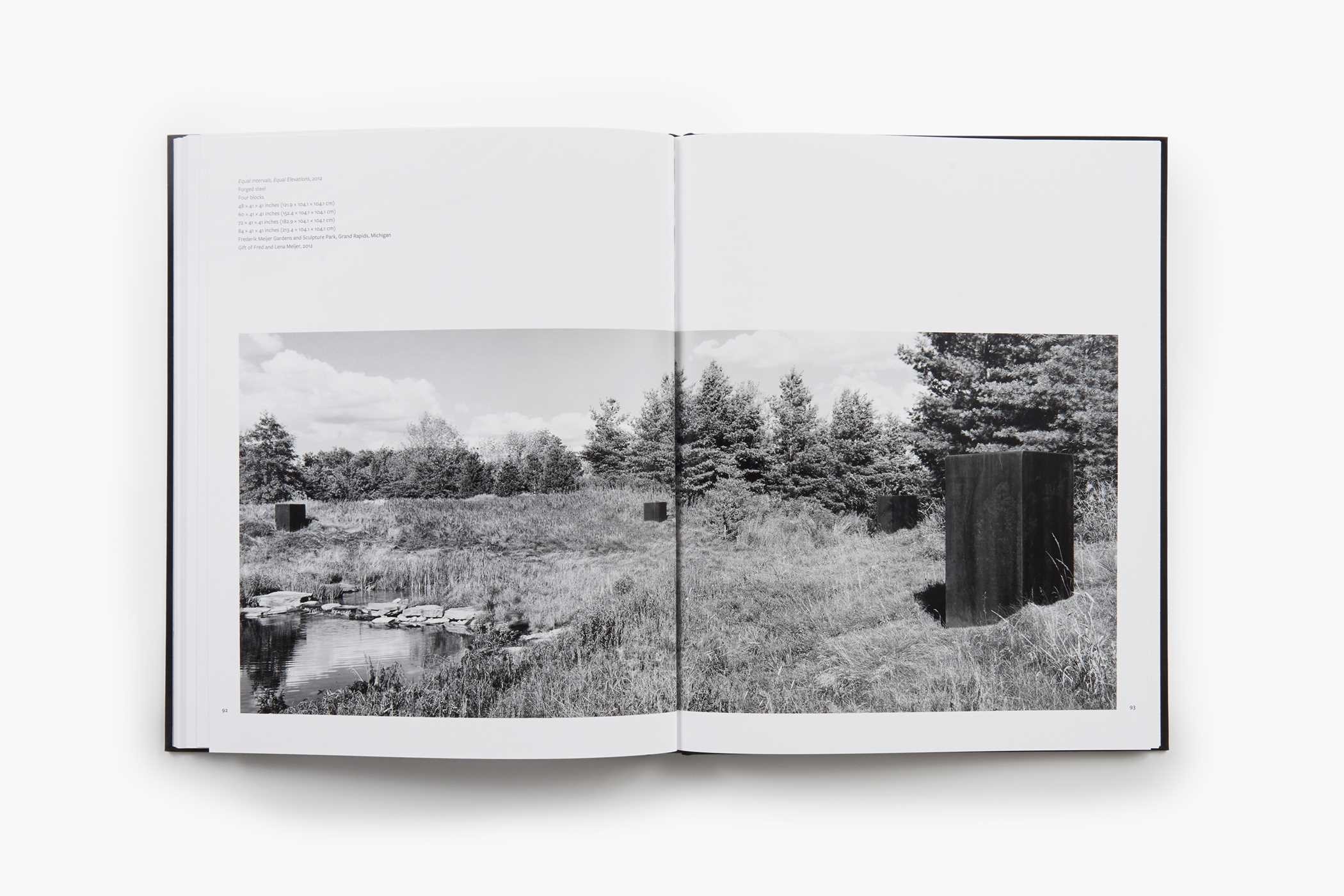 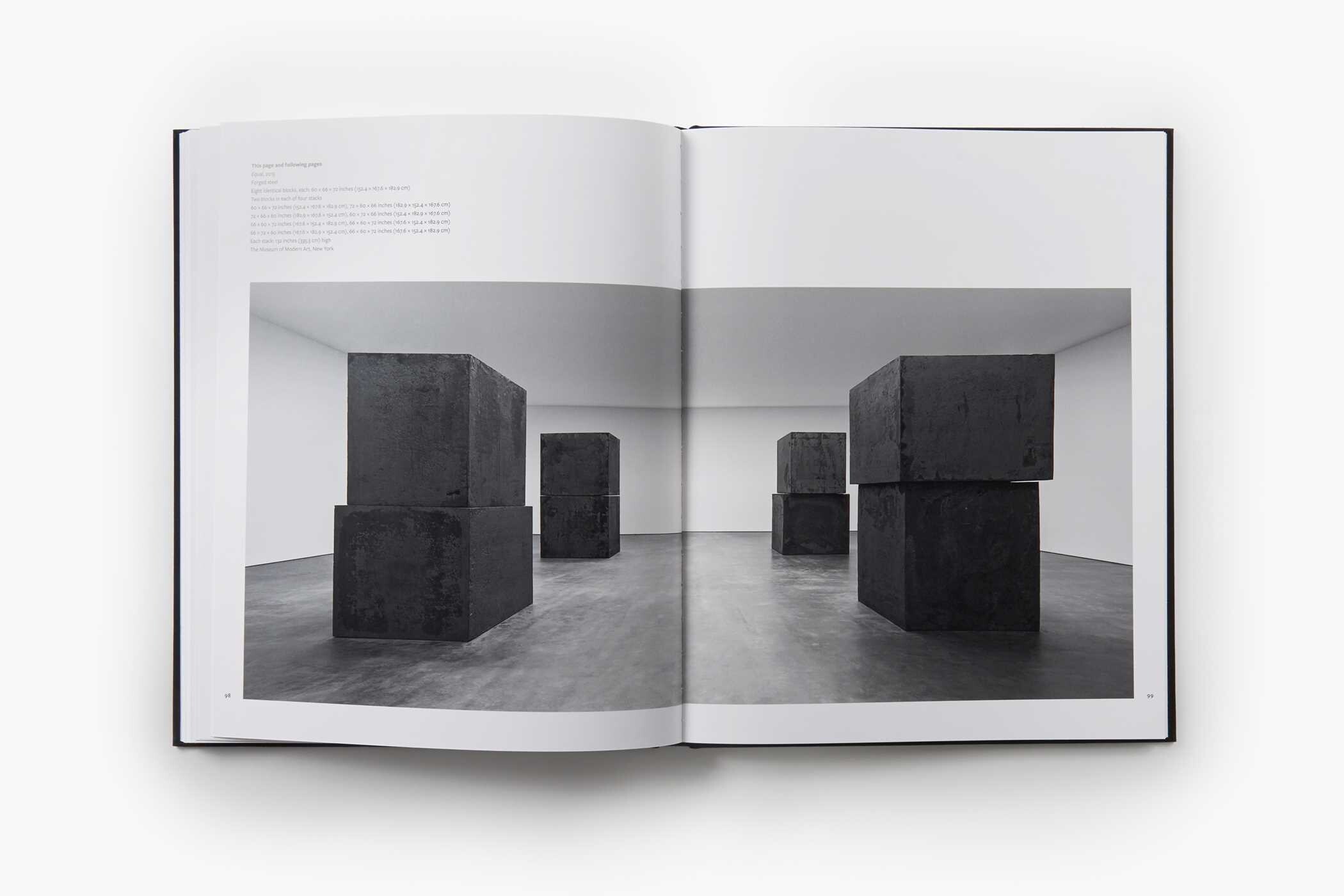 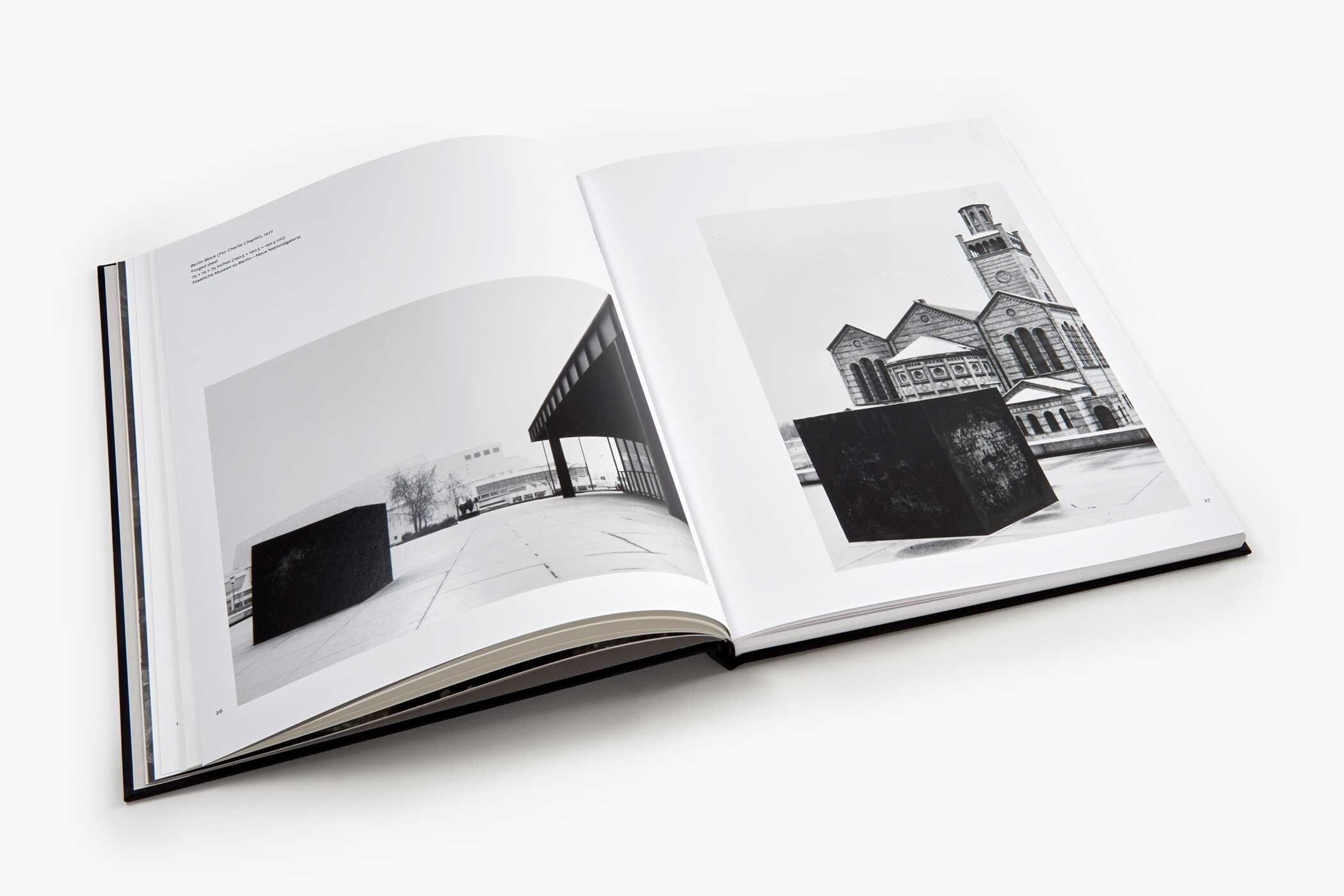 Published on the occasion of Serra’s exhibition Equal at David Zwirner, New York–called one of “the year’s best shows” by The New York Times—this catalogue is the first in-depth overview of the artist’s works in forged steel.

Widely regarded as one of the most influential artists working today, Richard Serra is known in particular for his large steel sculptural forms, which deal primarily with investigations of weight, balance, density, and scale, as well as their effect on the viewer and his/her sense of space. Serra’s relentless pursuit of these questions over the course of his celebrated career has deepened our understanding of the effects of sculpture on space and perception, and broadened the scope of what we allow the genre to address.

While Serra had already become known for his works in vulcanized rubber, lead, and steel, Serra first began using forged steel after encountering a large-scale forge at a steel mill in Germany in 1977. Unlike casting, wherein steel is heated until molten and poured into a mold, forging is the process of changing metal’s shape while in a solid state, through extreme heat and pressure. Serra’s first forged sculpture was Berlin Block (For Charlie Chaplin) (1977), installed outside of the Mies van der Rohe–designed Neue Nationalgalerie in Berlin. Since then, he has continued to use this material in different configurations and formats to create works that use forged blocks, rounds, or lintels. Designed by McCall Associates in close collaboration with the artist, Richard Serra: Forged Steel presents a survey of Serra’s forged sculpture since 1977, featuring new scholarship by Richard Shiff and two texts by Serra, along with dramatic photographs of the forging process. Bringing together over sixty detailed plates of forged sculptures, this unique publication not only introduces readers to an important aspect of Serra’s work, but uses these works to return to the eternal questions of weight, balance, and perception in his practice.

“This is his best show in more than 15 years of great shows, and it resounds with a complexity and cosmic instability not seen in solitary objects since Giorgio Morandi's miraculous vibrating arrangements.”

“Mr. Serra remains, after all these years, the Process artist par excellence.”

“For over 50 years, the artist has pushed the boundaries with his majestic sculptures and abstract drawings that explore gravity, space and time.”