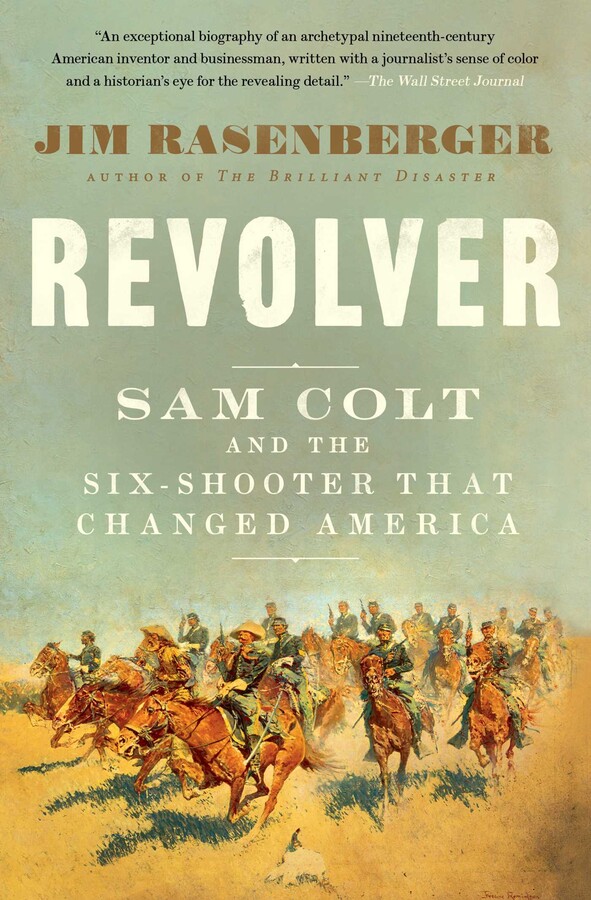 By Jim Rasenberger
LIST PRICE $13.99
PRICE MAY VARY BY RETAILER

A “gripping,” (Booklist) “clear-eyed, and honest” (The New York Times Book Review) biography of Samuel Colt—the inventor of the legendary Colt revolver (a.k.a. six-shooter)—which changed the US forever, triggering the industrial revolution and the settlement of the American West.

Patented in 1836, the Colt pistol with its revolving cylinder was the first practical firearm that could shoot more than one bullet without reloading. For many reasons, Colt’s gun had a profound effect on American history. Its most immediate impact was on the expansionism of the American west, where white emigrants and US soldiers came to depend on it, and where Native Americans came to dread it. The six-shooter became the iconic weapon of gun-slingers, outlaws, and cowboys—some willing to pay $500 out west for a gun that sold for $25 back east.

In making the revolver, Colt also changed American manufacturing—his factory revolutionized industry in the United States. Ultimately, Colt and his gun-making brought together the two most significant forces of change before the Civil War—the industrial revolution in the east, Manifest Destiny in the west.

“Written with a journalist’s sense of color and a historian’s eye for the revealing detail” (The Wall Street Journal), Revolver brings the brazenly ambitious and profoundly innovative industrialist and leader Samuel Colt to vivid life. In the space of his forty-seven years, he seemingly lived five lives: he traveled, womanized, drank prodigiously, smuggled guns to Russia, bribed politicians, and supplied the Union Army with the guns they needed to win the Civil War. Colt lived during an age of promise and progress, but also of slavery, corruption, and unbridled greed, and he not only helped to create this America, he completely embodied it. By the time he died in 1862 in Hartford, Connecticut, he was one of the most famous men in nation, and one of the richest.

“Offering a panoramic view of American culture during Colt’s life” (LA Review of Books) Revolver is a “rollicking and informative account [that] will delight American history buffs” (Publishers Weekly). 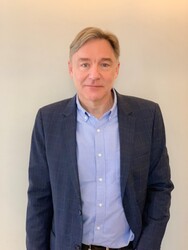 Jim Rasenberger is the author of four books—Revolver; The Brilliant Disaster; America, 1908; and High Steel—and has contributed to the New York Times, Vanity Fair, Smithsonian, and other publications. A native of Washington, DC, he lives in New York City.

“The story of how Colt raised himself from frontier huckster to great American industrialist is the subject of Jim Rasenberger’s lively and balanced new book, Revolver: Sam Colt and the Six-Shooter That Changed America. Rasenberger’s narrative is, to a surprising degree, the story of America in the first half of the 19th century. It overflows with relentless ambition, energy, entrepreneurship, ingenuity and wealth, and with deceit, fraud, jingoism and murder.” —Washington Post

“[Colt's] missteps are as fascinating as his accomplishments, as described in Revolver: Sam Colt and the Six-Shooter That Changed America. Cleareyed and honest, Rasenberger portrays a complicated figure who combined real mechanical insight with a talent for hucksterism... Revolver is rewarding biography, highlighting Colt’s place in the history of industrialization.” —The New York Times Book Review

“Colt may have lived only 47 years, but he managed to pack in multiple lives during that brief span...Few will get much closer than Mr. Rasenberger has to this singular character...Revolver, written with a journalist’s sense of color and a historian’s eye for the revealing detail, is an exceptional biography of an archetypal 19th-century American inventor and businessman.” —The Wall Street Journal

“Offering a panoramic view of American culture during Colt’s life, Rasenberger covers everything from bad poetry and cholera epidemics to the politics of slavery and Western expansion…Like most technologies, Colt’s revolving firearms did not take off until they found users, and it’s here that Rasenberger’s account most excels…Revolver helps us see…how Colt’s story and the story of his methods fit within the United States’s own imperial ambitions.” —LA Review of Books

“Rasenberger deftly brings to life the man and his times in this gripping biography that does admirable work updating scholarship about Colt...The result is a very lively and informative book for every reader interested in American history and all of the nation’s flaws and virtues.” —Booklist

“Vigorous...With Colt’s invention, by popular historian and journalist Rasenberger’s account, two great forces met, one economic and the other demographic. Here was an invention more important than the mechanical reaper or cotton gin, one that, with all its murderous possibilities, gave specific force to Manifest Destiny and the conquest of the continent…A solid blend of technological, economic, social, and popular history.” —Kirkus Reviews

“The legendary Colt revolver played an outsized role in the violent conquest of the American West, and it lives on in the national psyche. But the remarkable story of its creator, Samuel Colt, one of the wealthiest and most influential figures of the nineteenth century United States, has been all but lost to history. Author Jim Rasenberger masterfully restores Sam Colt to his rightful place among the titans of American industry and drivers of American destiny in this rousing and riveting biography. A hard-drinking, prodigious womanizer, Colt suborned politicians and brutalized competitors to establish his place as a visionary creator of the American gun culture. Revolver brilliantly recreates Colt’s life and the tumultuous era in our nation’s history that he helped shape.” —Peter Cozzens, author of The Earth Is Weeping and Shenandoah 1862

“The extraordinary story of an extraordinary man in an extraordinary country. Sam Colt may not have made all men equal, but Jim Rasenberger’s Revolver leaves us all knowing so much more about our past. A well-researched, brilliantly written history.” —Kevin Baker, author of America the Ingenious

“Nothing screams ‘America!’ like the Colt revolver—the legendary six-shooter is as closely woven into the national fabric as baseball, apple pie, and immigration. This gobsmacking true story brings to life the rollicking tale of brash and muscular Sam Colt. The ‘revolver man’ was filled with contradictions—just like the young republic his six-shooters came to represent. A heartfelt western hat-tip to Jim Rasenberger for bringing us the definitive tale.” —Gregory Crouch, author of The Bonanza King

“Sam Colt, quirky entrepreneur and era-defining tycoon, is one of American history’s most colorful characters. How can you not like someone who sells hits of laughing gas to the American public in order to finance his gun factories? Rasenberger captures this and other details in this comprehensive biography.”  —S.C. Gwynne, author of Empire of the Summer Moon and Hymns of the Republic

“Colt: Can there be another bearer of a name so famous whose career is so little known? Which is all the more puzzling given what an astonishing career it was. But now Jim Rasenberger puts matters to rights with his wonderfully vivid biography. Not only are we offered a story of the highest historical consequence, but one full of suspense, surprises, scurrility, and bad faith alongside heroic dedication to a nation-changing technology, tangy gossip, and an 1840s murder trial whose lurid details still have the power to shock. Revolver is every bit as entertaining as it is valuable.” —Richard Snow, author of Disney’s Land and Iron Dawn

By Jim Rasenberger
LIST PRICE $13.99
PRICE MAY VARY BY RETAILER