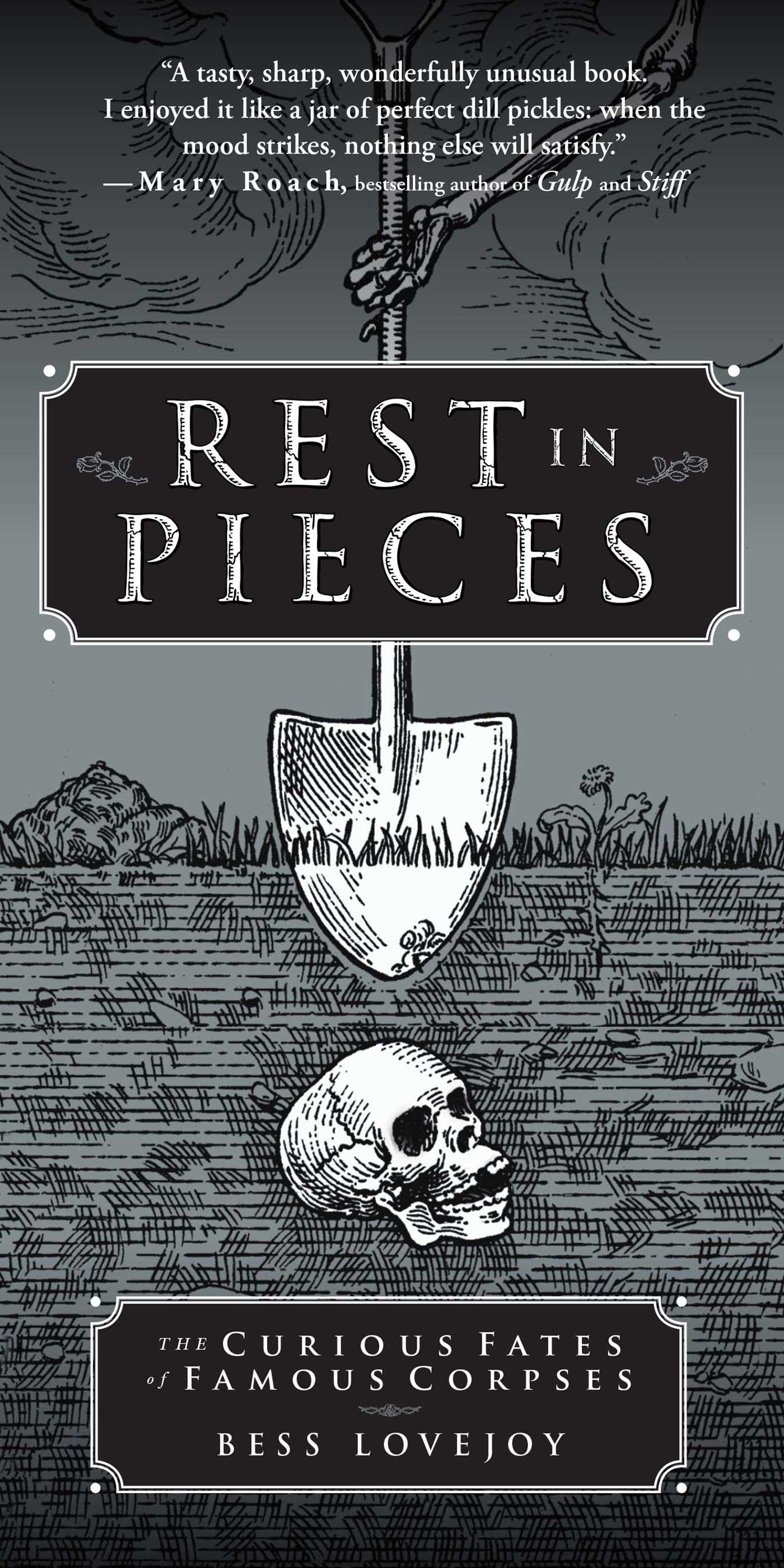 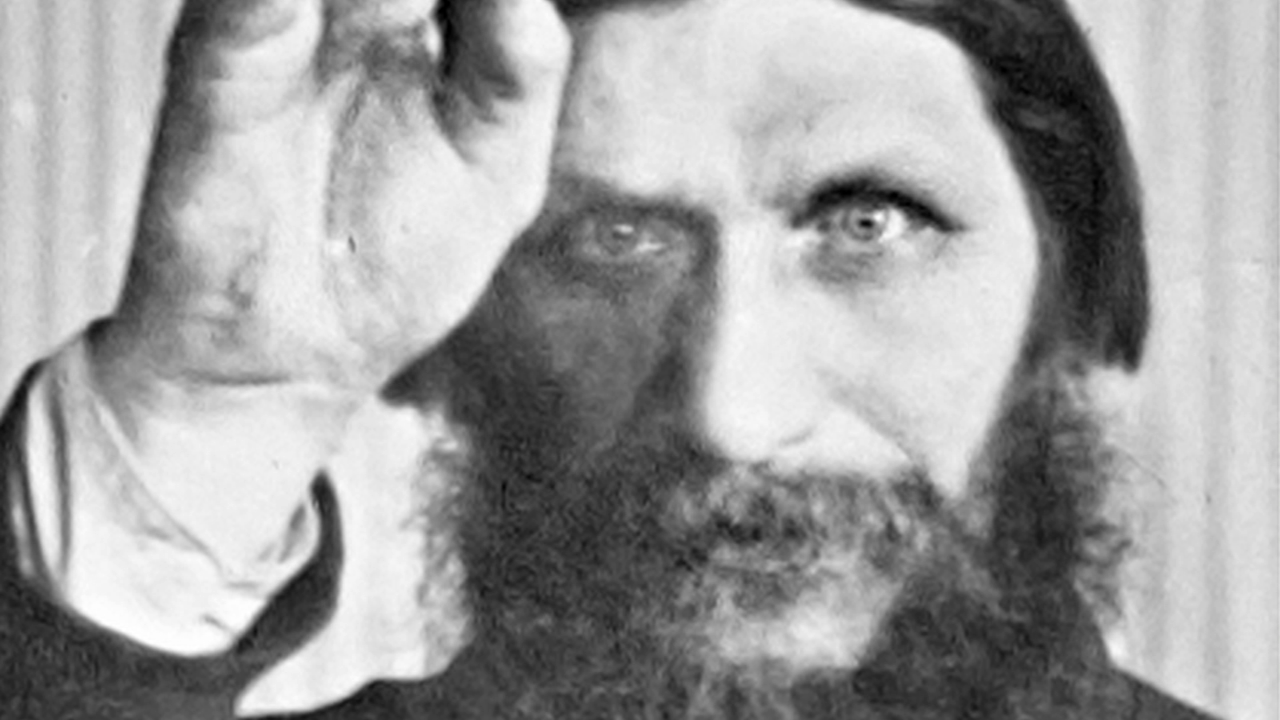 Afterlives of the Dead and Famous

The Curious Fates of Famous Corpses

By Bess Lovejoy
LIST PRICE $17.99
PRICE MAY VARY BY RETAILER

A “marvelously macabre” (Kirkus Reviews) history of the bizarre afterlives of corpses of the celebrated and notorious dead.

For some of the most influential figures in history, death marked the start of a new adventure. The famous deceased have been stolen, burned, sold, pickled, frozen, stuffed, impersonated, and even filed away in a lawyer’s office. Their fingers, teeth, toes, arms, legs, skulls, hearts, lungs, and nether regions have embarked on voyages that crisscross the globe and stretch the imagination.

Counterfeiters tried to steal Lincoln’s corpse. Einstein’s brain went on a cross-country road trip. And after Lord Horatio Nelson perished at Trafalgar, his sailors submerged him in brandy—which they drank.

From Alexander the Great to Elvis Presley, and from Beethoven to Dorothy Parker, Rest in Pieces connects the lives of the famous dead to the hilarious and horrifying adventures of their corpses, and traces the evolution of cultural attitudes toward death.

Don’t tell the kids, but Santa Claus has been dead for more than sixteen hundred years. No, his body is not at the North Pole, and he’s not buried with Mrs. Claus. In fact, his remains are thousands of miles away, on Italy’s sunny Adriatic coast. And while Santa might be enjoying his Mediterranean vacation, he’s probably not too happy about what happened to his remains. They were stolen in the eleventh century, and people have been fighting over them ever since.

Of course, the Santa Claus of folklore doesn’t have a skeleton. But his inspiration, Saint Nicholas, does. That’s about all we can say for sure about Nicholas: he was a bishop who lived and died in what is now Turkey in the first half of the fourth century. Legend tells us that he was born into a rich family and delighted in giving gifts. Once, he threw three bags of gold into the window of a poor family’s house, saving the three daughters who lived there from a life of prostitution. Another time, he raised three children from the dead after a butcher carved them up and stored them in a vat of brine. He also protected sailors, who were said to cry out his name in rough seas, then watch the waves mysteriously smooth.

The sailors spread Nicholas’s cult around the world. Within a century of his death, the bishop was worshipped as a saint, lending his name to hundreds of ports, islands, and inlets, and thousands of baby boys. He became one of the best-loved saints in all of Christendom, adopted by both the Eastern and Western traditions. Christmas probably owes something to his December 6 feast day, while Santa Claus’s red outfit may come from his red bishop’s robes. “Santa Claus” is derived from “Sinterklaas,” which was how Dutch immigrants to New Amsterdam pronounced his name.

As one of the most popular saints in the Christian world, Nicholas had a particularly powerful corpse. The bodies of saints and martyrs had been important to Christianity since its beginning: the earliest churches were built on the tombs of saints. It was thought that the bodily bits of saints functioned like spiritual walkie-talkies: you could communicate with higher powers through them, and they, in turn, could manifest holy forces on Earth. They could heal you, protect you, and even perform miracles.

Sometimes, the miracles concerned the saints’ own bodies. Their corpses would refuse to decay, exude an inexplicable ooze, or start to drip blood that mysteriously solidified and then reliquefied. So it was with Nicholas: at some point after his death, his bones began to secrete a liquid called manna or myrrh, which was said to smell like roses and possess potent healing powers.

The appearance of the manna was taken as a sign that Nicholas’s corpse was especially holy, and pilgrims began flocking by the thousands to his tomb in the port city of Myra (now called Demre). By the eleventh century, other cities started getting jealous. At the time, cities and churches often competed for relics, which brought power and prestige to their hometowns the way a successful sports team might today. Originally, the relics trade had been nourished by the catacombs in Rome, but when demand outstripped supply, merchants—and even monks—weren’t above sneaking down into the crypts of churches to steal some holy bones. Such thefts weren’t seen as a sin; the sanctity of the remains trumped any ethical concerns. The relics were also thought to have their own personalities—if they didn’t want to be stolen, they wouldn’t allow it. Like King Arthur’s sword in the stone, they could only be removed by the right person.

That was how Myra lost Saint Nicholas. The culprits were a group of merchants and sailors from the town of Bari, located on the heel of Italy’s boot. Like other relic thefts, this one came at a time of crisis for the town where the thieves lived, which in this case had recently been invaded by a horde of rapacious Normans. The conquerors wanted to compete with the Venetians, their trading rivals to the north, who were known for stealing the bones of Saint Mark (disguised in a basket of pork) from Alexandria in 827. And when the Normans heard that Myra had recently fallen to the Turks, leaving Nicholas’s tomb vulnerable, they decided to try stealing a saint for themselves.

According to an account written shortly after the theft by a Barian clerk, three ships sailed from Bari into Myra’s harbor in the spring of 1087. Forty-seven well-armed Barians disembarked and strode into the church of Saint Nicholas, where they asked to see the saint’s tomb. The monks, who weren’t idiots, got suspicious and asked why they wanted to know. The Barians then dropped any pretense of politeness, tied the monks up, and smashed their way into Nicholas’s sarcophagus. They found his skeleton submerged in its manna and smelled a heavenly perfume wafting up from the bones, which “licked at the venerable priests as if in insatiable embrace.”

And so Nicholas of Myra became Nicholas of Bari. The relics made the town, and the men who stole them. The thieves became famous in the area, and for centuries their descendants received a percentage of the offerings given on the saint’s feast day. The townspeople built a new basilica to hold the remains, which drew thousands of pilgrims throughout the Middle Ages. Even today, Bari remains a major pilgrimage site in southern Italy, visited by both Roman Catholics and Orthodox Christians. Every May an elaborate festival, the Feast of the Translation, celebrates the arrival of Nicholas’s relics. As one of the highlights, the rector of the basilica bends over Nicholas’s sarcophagus and draws off some of the manna in a crystal vial. The fluid is mixed with holy water and poured into decorated bottles sold in Bari’s shops; it is thought to be a curative drink.

But Bari is not the only place that boasts of the bones of Saint Nicholas. If you ask the Venetians, they will say their own sailors visited Myra during the First Crusade and stole Nicholas’s remains, which have been in Venice ever since. For centuries, both Bari and Venice have claimed the saint’s skeleton.

In the twentieth century, scientists waded into the dispute. During renovations to the basilica of Bari in 1953, church officials allowed University of Bari anatomy professor Luigi Martino to examine the remains—the first time the tomb had been opened in more than eight hundred years. Martino found the bones wet, fragile, and fragmented, with many of them missing. He concluded that they had belonged to a man who died in his seventies, although because Martino was given only a short time with the bones, he could say little more.

Four decades later, Martino and other scientists also studied the Venetian bones. They concluded that those relics and the ones in Bari had come from the same skeleton, and theorized that the Venetian sailors had stolen what was left in Myra after the Barians had done all their smashing.

As for Demre, all they have is an empty tomb. And they want their bones back. In 2009, the Turkish government said it was considering a formal request to Rome for the return of Nicholas’s remains. Though the bones have little religious significance in a nation that’s 99 percent Muslim, there’s still a sense in Turkey that the centuries-old theft was a cultural violation. Its restitution would certainly be an economic benefit: according to local officials, tourists in Demre frequently complain about the barren tomb, and they weren’t satisfied by the giant plastic sculpture of Santa Claus that once stood outside Nicholas’s church. Even though Santa has become an international cultural icon, his myth is still rooted in a set of bones far from home.


BLESSED BITS
Saint Anthony of Padua (1195–1231) was a Portuguese Franciscan renowned for his oratorical skills. A few decades after his death, his Franciscan brothers opened his tomb, where they found only dust and bones—except for his tongue, which appeared perfectly preserved. The friars took this as a tribute to the saint’s eloquence, and today the tongue is displayed in a crystal urn at the Basilica of Saint Anthony in Padua, Italy. At least one visitor describes it as looking like a shriveled strawberry.

The Hazratbal Shrine in Kashmir, India, is said to contain a hair plucked from the beard of the Prophet Muhammad. In 1963 the holy whisker was stolen, but after mass protests across the region, it was returned the following year. The Moi-e-Muqaddas (sacred hair), as it is known, goes on display ten times each year.

According to legend, several of the Buddha’s teeth were plucked out of his ashes after his cremation sometime around the sixth century BCE. The most famous of these (his left canine), is supposed to have been smuggled into Sri Lanka in the hair of a princess after centuries of wars over its possession, which was said to confer the right to rule the land. Today, the tooth is on display at the Temple of the Holy Tooth in Kandy, Sri Lanka, where it is venerated by hundreds of pilgrims each day, and during a ten-night Sacred Tooth Festival each summer. 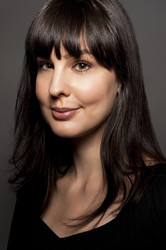 Bess Lovejoy is a writer, researcher, and editor based in Brooklyn. She worked on the Schott’s Almanac series for five years, and her writing has also appeared in The New York Times, The Believer, The Boston Globe, and elsewhere.

The Curious Fates of Famous Corpses

By Bess Lovejoy
LIST PRICE $17.99
PRICE MAY VARY BY RETAILER