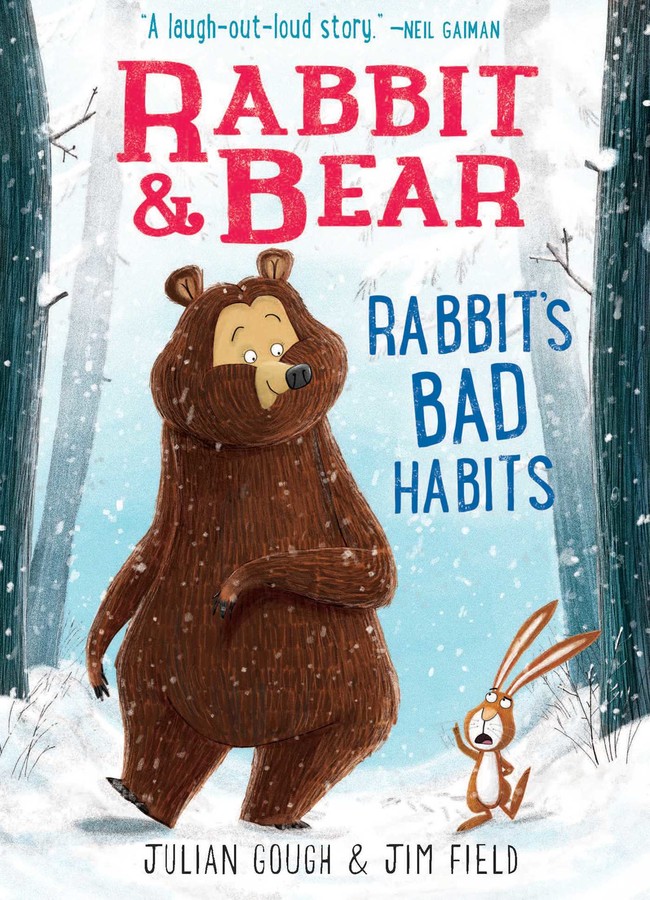 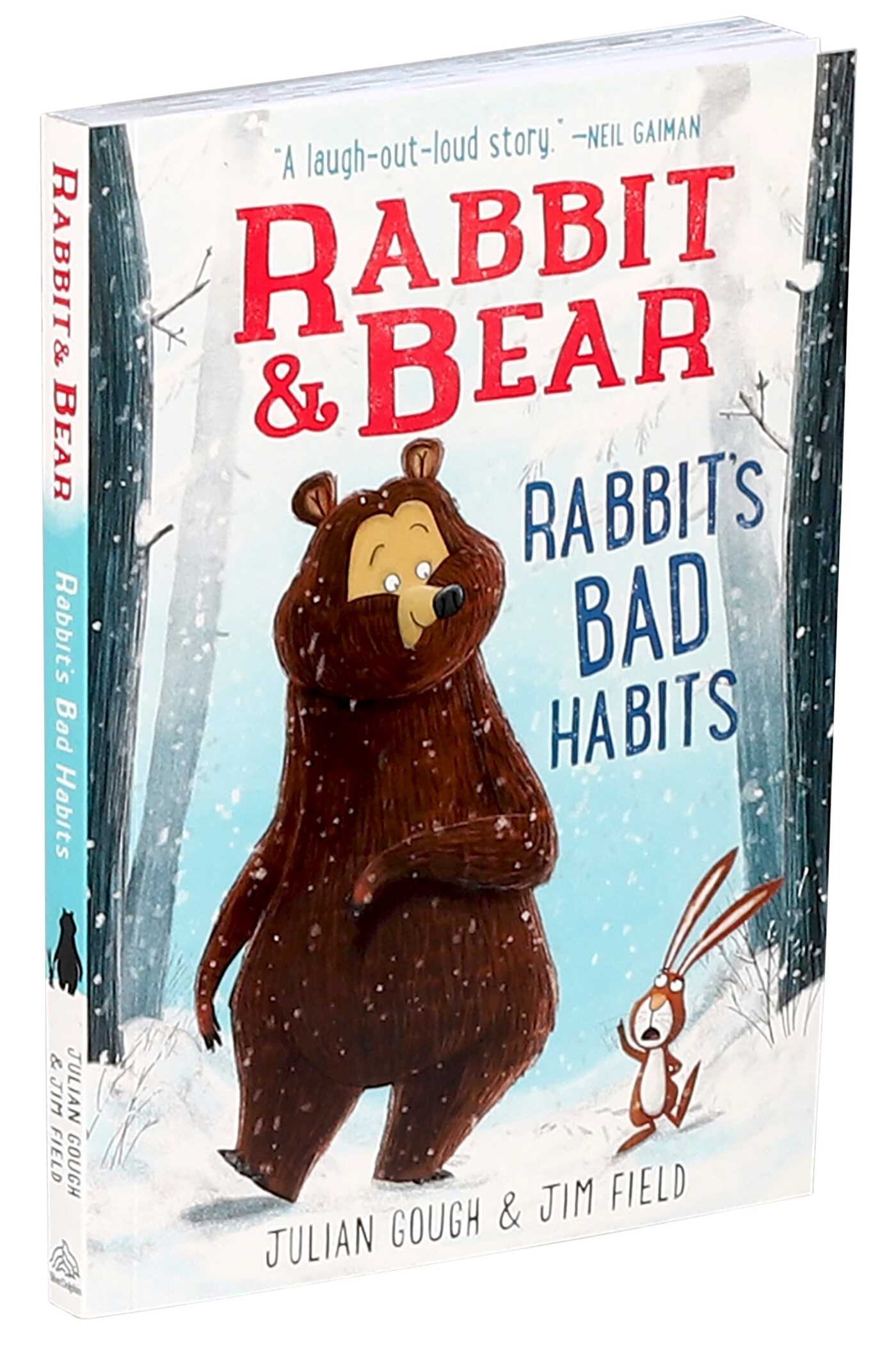 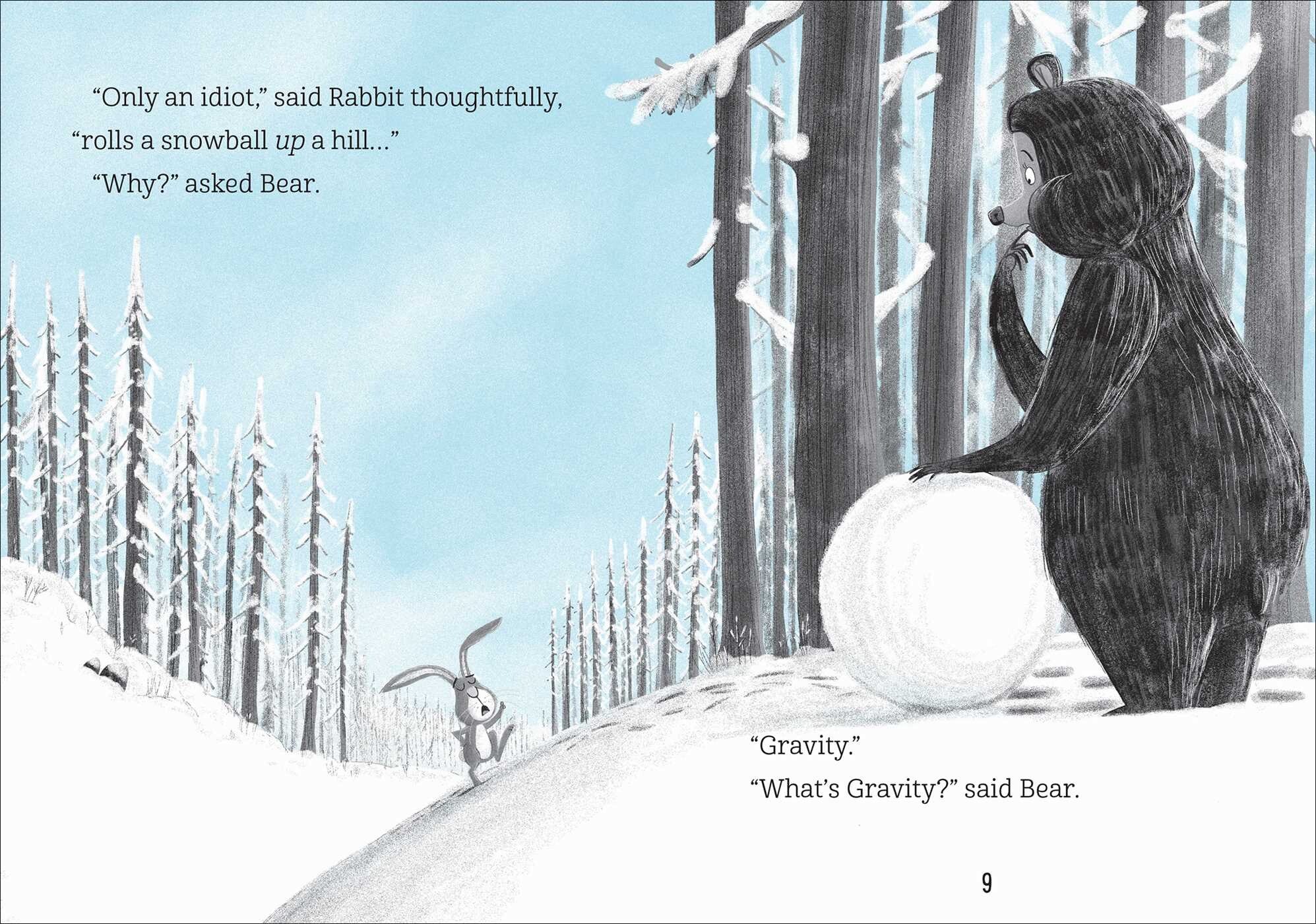 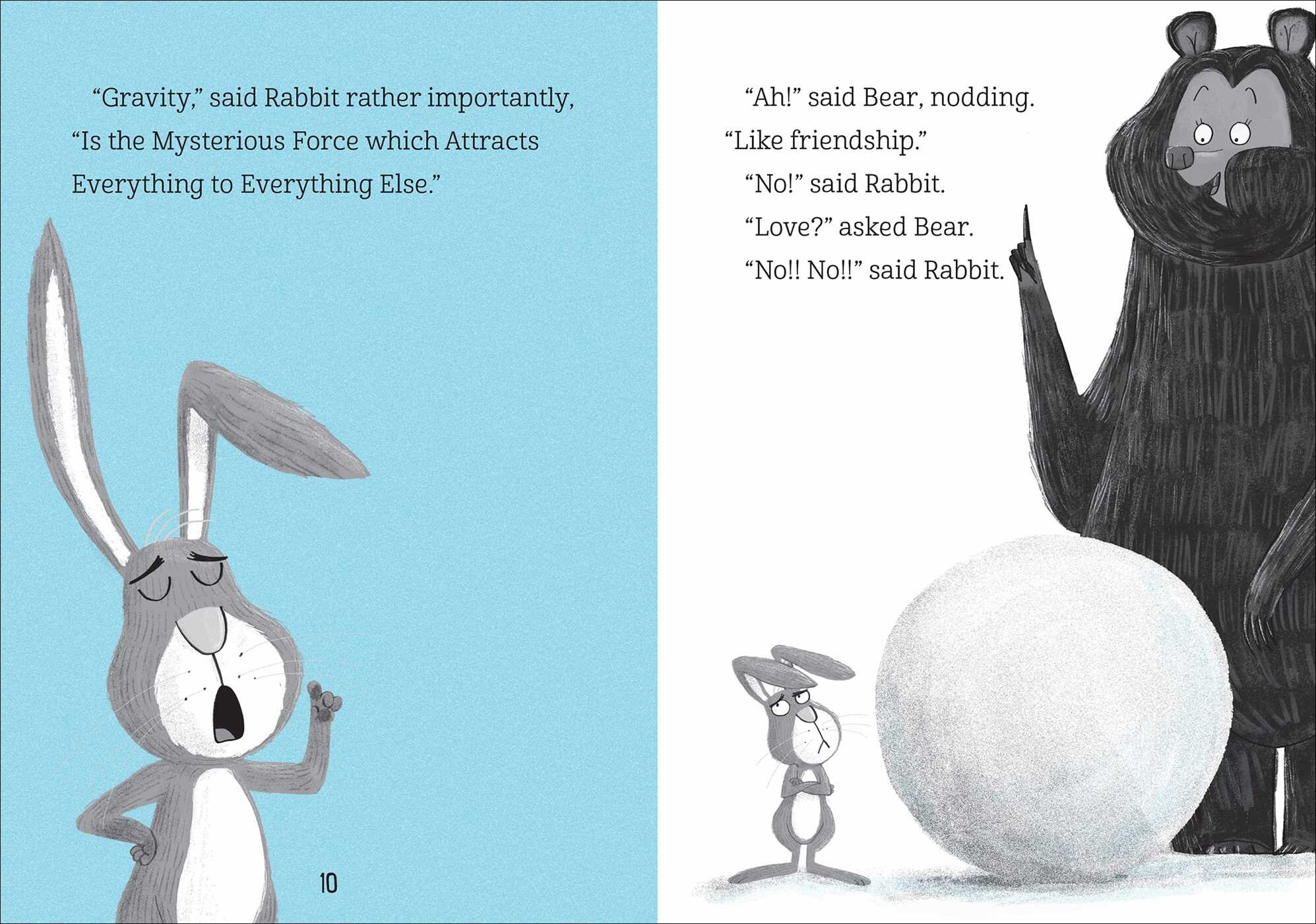 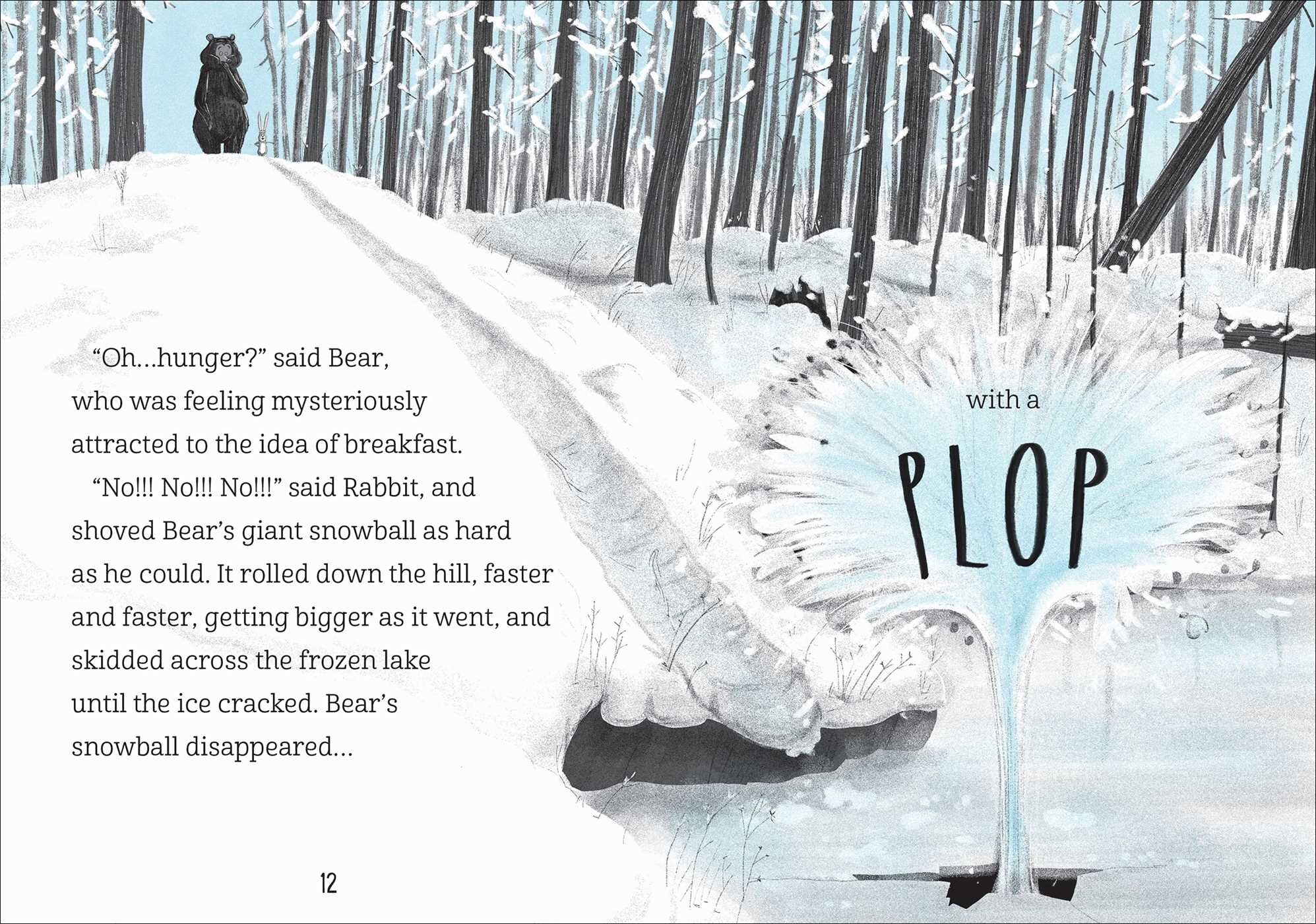 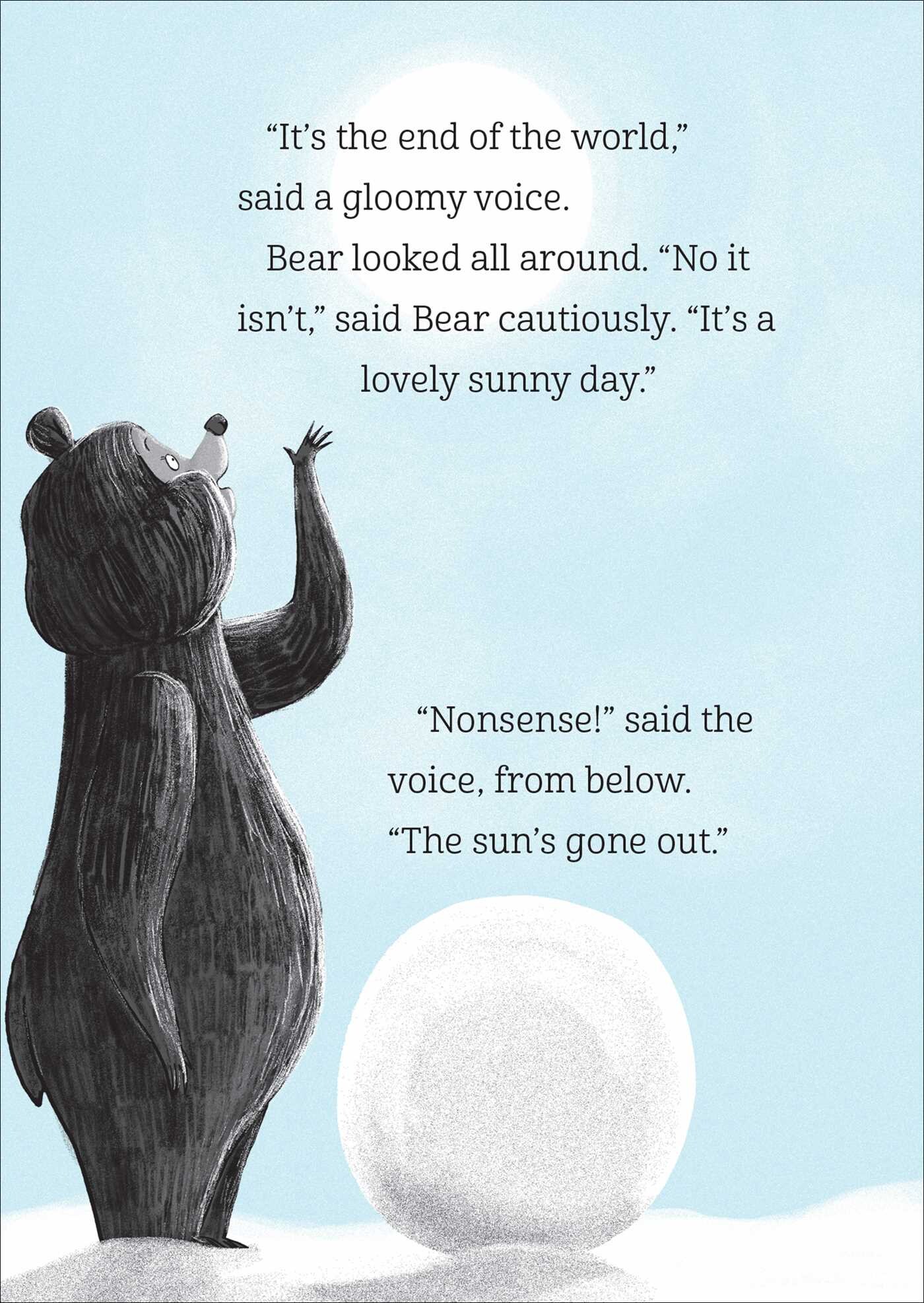 Named to Kirkus Reviews' Best Middle-Grade Books of 2019
When Bear wakes up early from her hibernation, she decides to build a snowman. Her grumpy neighbor, Rabbit, decides to build an even better one. Rabbit & Bear: Rabbit’s Bad Habits is full of laugh-out-loud moments and chronicles the forming of an unlikely friendship. With illustrations throughout, this book is perfect for middle grade readers and is sure to become a fun favorite on any kid’s bookshelf.

Julian Gough is an award-winning novelist, playwright, poet, musician, and scriptwriter. He was born in London, grew up in Ireland, and now lives in Berlin. Among many other things, Julian wrote the wonderful novel Connect, and the ending to Minecraft, the world’s most successful computer game for children of all ages. He likes to drink coffee and steal pigs.

Jim Field is an award-winning illustrator, character designer, and animation director. He grew up in Farnborough, worked in London, and now lives in Paris. His first picture book, Cats Ahoy!, written by Peter Bently, won the Booktrust Roald Dahl Funny Prize. He is perhaps best known for drawing frogs on logs in the bestselling Oi Frog. He likes playing the guitar and drinking coffee.

This beginning chapter book is delightfully weird, hilarious, and tender-hearted!

A bear's kindness and generosity sweeten a grumpy rabbit's sour outlook in this wintry woodland encounter. Gough aims both high and low. On the one hand, he shows how the peaceable responses of Bear, equanimity unshaken despite discovering that her food stores have disappeared, to Rabbit's rude comments and behavior gradually work a profound change in his character—and on the other, in the course of their exchanges, he has the long-eared lagomorph deliver a clinically explicit, hilariously extended disquisition on why his kind eats its own poo. Bear goes even further, saving Rabbit from an attacking wolf and then, when he shamefacedly produces the food that he had (yes) stolen earlier, inviting him to join her for a moonlit picnic and a snuggle in her cozy den. The narrative, laid out in short, well-leaded lines, likewise snuggles on every page with Field's duotone cartoon scenes of the two furry figures meeting, parting, starting separate snowmen but ultimately coming together to finish one, and finally sharing a honeycomb and other goodies before bedding down in the warm den. When, showing a newly awakened sense of compassion, Rabbit wonders if the snowman is lonely, Bear has the perfect solution: "In the morning," she murmurs drowsily, "we can make him a friend." Young readers will come away with fresh insights into both poo and peacemaking. (Animal fantasy. 6-8)

Rabbit's Bad Habits is a breath of fresh air in children’s fiction, a laugh-out-loud story of rabbit and wolf and bear, of avalanches and snowmen. The sort of story that makes you want to send your children to bed early, so you can read it to them.

Whether it’s the grisly truth about leporidae eating their poo, the hilarious, touching dynamic between big, gentle Bear and cantankerous, selfish—but not irredeemable—Rabbit, or Jim Field’s blue-white, deft and atmospheric images, there’s much to love in this splendid little book.

A delight, with super illustrations and a lovely story about friendship.