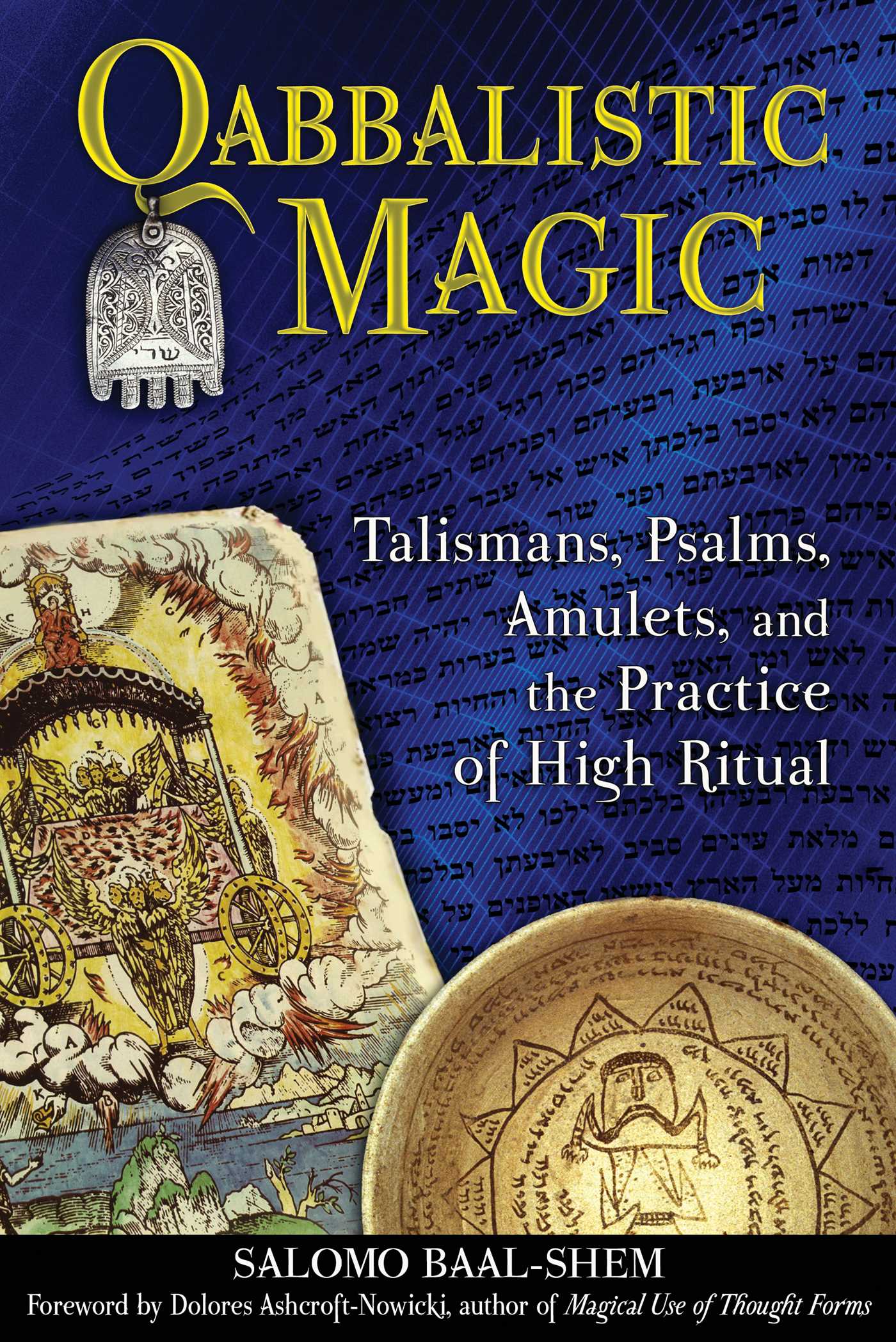 A comprehensive guide to practicing the magic of the Qabbalah

• Rituals for advanced high-level magic, such as invocation of angelic powers or spiritual vision

• Explains how to make and design talismans, amulets, and magic bowls, including harnessing the power of Hebrew letters in their designs

• Details the magical uses of 150 psalms

The Qabbalah--the Jewish esoteric tradition--is richly woven with magical practices, from amulets and magic bowls to invocations and magical use of psalms. In this comprehensive and practical guide to Qabbalistic magic, Salomo Baal-Shem explains how to authentically perform rituals from the Qabbalistic tradition.

The spells and rituals included range from basic “everyday” magic for health, prosperity, love, protection, and prophetic dreams to advanced high-level magic such as invoking the highest angelic powers or creating an astral life-form, or Golem. Revealing the occult teachings of the 4th-century Book of the Mysteries, the magical uses of 150 psalms, and how to harness the power of Hebrew letters in talisman designs, the author also shows you how to contact the Maggid, or Divine inner teacher, or attain the spiritual vision of the Merkabah. A thoroughly accessible guide to the magic of the Qabbalah, this book also covers the underlying spiritual principles and history of these powerful magical practices.

The Book of Mysteries

The Rite to Dispel Evil Intentions against You

Have you ever been in the situation where someone in a stronger position than you wished you harm? Maybe someone who is your superior at work or someone with more social influence? Jews have often been in the weaker position, so naturally Jewish magic tries to find answers to this problem. This ancient ritual may protect you against such a situation. The effect of the ritual will be twofold. First it will hinder your enemy obtaining a chance to cause you harm. Whenever he tries something, something else will come in the way. Sometimes he will just not notice an opportunity, or forget what he wanted to do because something else catches his attention. Furthermore, if there is a chance for him to change his mind, he will start to realize that you are not such an unlikable person, and maybe he will eventually give up his evil intentions. This rite will NOT help you hinder a person doing anything you deserve. It will not help you to get away from the juridical or social consequences of your deeds. It will only help you if someone intends to be unfair to you.

These are the angels who stand on the third step of the Second Heaven:

They shake and convulse the hearts of men, wrecking their plans and making their thoughts empty. Fear is with these angels and awe is where they walk. They look angry and are extremely severe. They are an army of powerful knights, carrying awe before them and terror behind them, roaring and causing others to tremble and shiver wherever they go. Their voice is a voice of thunders and they have a staff of fire in their hands, and their faces are like sparks of fire, fire coming out of their eyes, and they are ready and prepared to banish and destroy (to neutralize and make void).

If you wish to dispel the evil plans made against you by someone mightier than you, go out in the middle of the night when the moon is full. Go alone, cleansed and clothed in a fresh garment, and stand under the moon. Open the quarters in a way that suits you, and then say the names of the angels who stand on the third step of the Second Heaven twenty-one times:

YAREACH YAREACH HA-YAREACH
(Moon, Moon, O Moon)
Bring my words to the angels
who stand on the third step of the Second Heaven
and dispel the evil thoughts of [name]
and erase the wicked plans of his heart concerning me
And mute his mouth that he cannot speak against me
And ruin his evil opinion and dispel his plans
And move his heart that every time he sees me
He will be filled with love for me
and turn him toward me that he loves me
and that he shall not remember any hate of me
and that I shall find grace and mercy in his eyes.

The Rite to Protect a Woman in Childbirth

Childbirth was always a great danger in ancient times. Magical protection was used to ensure that no demonic power caused the early death of mother or child. The modern reader may ask if there were so many demons that needed to be fended off. Modern medicine has made childbirth much safer, and it seems that the lack of the scientific advances that we have today was the reason for childbirth being so dangerous. The answer that the sages might have given is that the danger from the “other side” (sitra aracha) is still the same today, but modern medicine does not give demonic powers as much chance of causing evil. However, to identify a danger, a disease, or even a bad habit with a demonic power and to ward off this demon is a very effective magical technique. The ancient Qabbalists knew how to use this technique to protect against diseases and harm. They invoked angelic powers to ensure a safe birth and give the demons (or personified illnesses) no chance of killing the mother or the child.

These are the names of the angels who stand on the eighth step of the Second Heaven.

Their appearance is like the splendor of the Chashmal, they speak by their actions. They are accompanied by trembling and fire, and they are surrounded by awe. They rule over the spirits spread over the earth, and no evil spirit can appear at the place where they are remembered.

If you seek to drive out an evil spirit or prevent it from coming to a pregnant woman and killing the baby, write the names of these angels on a piece of gold foil and place it in a tube of silver. The woman is to wear this tube before her pregnancy. At the time of the childbirth, take four pieces of silver foil, and write on each the names of these angels, placing them in the four directions of the house so that no spirit enters.
Salomo Baal-Shem

Salomo Baal-Shem, a personal student of Dolores Ashcroft-Nowicki, is a third-degree initiate and adept of the Western mystery tradition. He is the founder of the Brotherhood of the Eternal Light and lives in Germany.

“What has been achieved here is a masterpiece of research and love of the subject itself. I give it my highest recommendation; I marvel at the dedication and scholarship that has gone into it. I predict that in the future it will become the definitive book on Qabbalistic magic.”

– Dolores Ashcroft-Nowicki, director of studies at Servants of the Light School of Occult Science

“Qabbalistic Magic is a modern masterpiece of the genre, a great work of mystical art.”

“I would definitely recommend this book to Qabbalistic magicians. It is probably nothing like you’re used to, but it is important to understand the basis of your tradition. You may even find some new inspiration from older methods. I certainly did.”

“Qabbalistic Magic is an excellent twenty-first-century grimoire: a first-rate magical cookbook, which is both comprehensive and very practical.”

– Ronald Hutton, British historian and author of The Triumph of the Moon