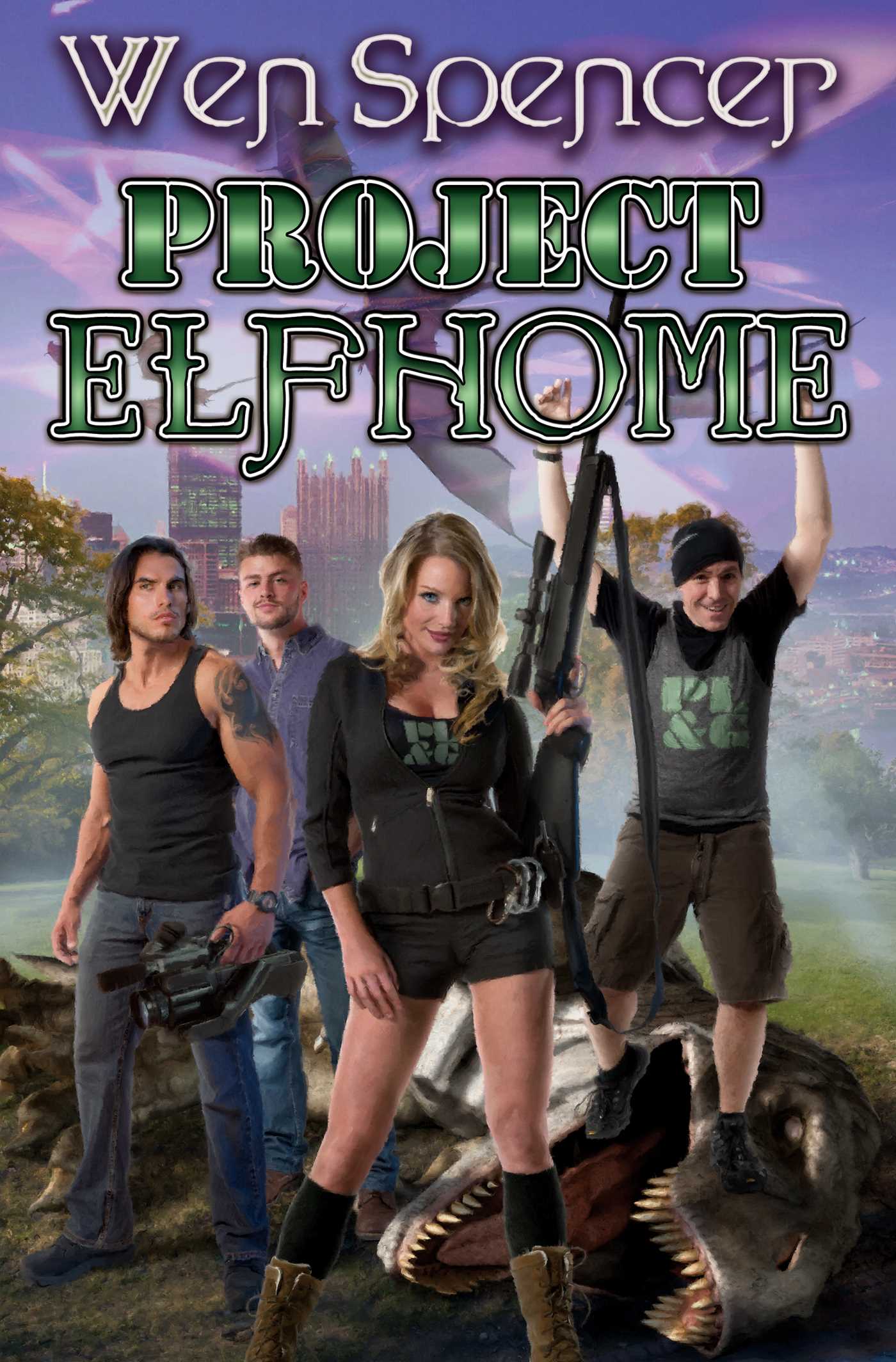 Book #4 of Elfhome
By Wen Spencer
Published by Baen
Distributed by Simon & Schuster
LIST PRICE $25.00
PRICE MAY VARY BY RETAILER

Book Four in the Elfhome series. Stories exploring the fascinating realm of Elfhome, a world where modern day Pittsburgh has collided with the kingdom of the Elves. A special entry in the the best-selling Romantic Times Sapphire award winning Elfhome series. Contains some of Wen Spencer's best shorter works including gems "Bare Snow Falling on Fairywood," "Pittsburgh Backyard and Garden," "Peace Offering,” and more tales set in the world of best-selling Elfhome series entries Tinker, Wolf Who Rules, Elfhome, and Wood Sprites!

For every story written, there's a thousand others not told. Lives interweave.  Fates intersect.  People change one another, often without realizing the impact they've made on others.  They come together like a mosaic, little pieces creating a greater picture.

Project Elfhome tells the stories of those impacted by Tinker and Windwolf as they struggle to make Pittsburgh a safe haven.  Some of the characters are familiar: Stormsong, Pony, Blue Sky, and Lain.  Others are new to readers.

Law forages for wild plants and fish to sell to elf enclaves.  A social misfit, she drives a hundred year old Dodge, has a pet porcupine, and saves damsels in distress in her spare time.  A mysterious phone call sets her on a collision course with danger as she races to save a young female elf.

Jane Kryskill is the producer for the popular TV series Pittsburgh Backyard and Garden.  She spends her days keeping her host, Hal Rogers, from getting himself killed as he takes on man eating plants.  She's not happy when the network drops famed naturalist Nigel Reid and his cameraman in her lap to film Chased by Monsters.

Olivia is sixteen, a runaway wife of a religious cultist, illegal immigrant, and soon to be mother.  As Pittsburgh plunges into war, she makes a desperate bargain with the mad elf lord, Forest Moss.

As the war between the elves and the oni builds to a head, these three women struggle with their own problems, supported by a circle of unique friends, yet entangled with each other.

"This collection of short stories, many released previously, provide background and enrichment for the
world of Elfhome… the result is spectacular. A definite must read …"—Booklist

"[M]aintains the series' solid quality. . . . The girls are endearing without being twee, and bright but not implausibly brilliant, and Spencer's prose remains engaging. The melange of science fiction and fantasy tropes, starships rubbing shoulders with proud elf warriors, is uncommon but tasty. Established fans will enjoy this installment, and those unfamiliar with the series or Spencer may find it an intriguing introduction to her work."—Publishers Weekly

About Wen Spencer:
“Wit and intelligence inform this off-beat, tongue-in-cheek fantasy. . . . Furious action . . . good characterization, playful eroticism and well-developed folklore. . . . lift this well above the fantasy average. . . . Buffy fans should find a lot to like in the book's resourceful heroine.”—Publishers Weekly on series debut Tinker

About Wen Spencer's Eight Million Gods:
Eight Million Gods is a wonderfully weird romp through Japanese mythology, culture shock, fan culture and the ability to write your own happy ending. It is diverting and entertaining fantasy."—Galveston County Daily News

John W. Campbell Award Winner Wen Spencer resides in paradise in Hilo, Hawaii, with two volcanoes overlooking her home. According to Spencer, she lives with "my Dalai Lama-like husband, my autistic teenage son, and two cats (one of which is recovering from mental illness).  All of which makes for very odd home life at times.” Spencer's love of Japanese anime and manga flavors her writing. Her novel Tinker won the 2003 Sapphire Award for Best Science Fiction Romance and was a finalist for the Romantic Times Reviewers’ Choice Award for Fantasy Novel. Her Wolf Who Rules was a Top Pick by Romantic Times and given their top rating of four and a half stars. Other Baen books include Endless Blue and Eight Million Gods. The Elfhome series includes Tinker, Wolf Who Rules, Elfhome, Wood Sprites, and Project Elfhome.

Book #4 of Elfhome
By Wen Spencer
Published by Baen
Distributed by Simon & Schuster
LIST PRICE $25.00
PRICE MAY VARY BY RETAILER

More books in this series: Elfhome