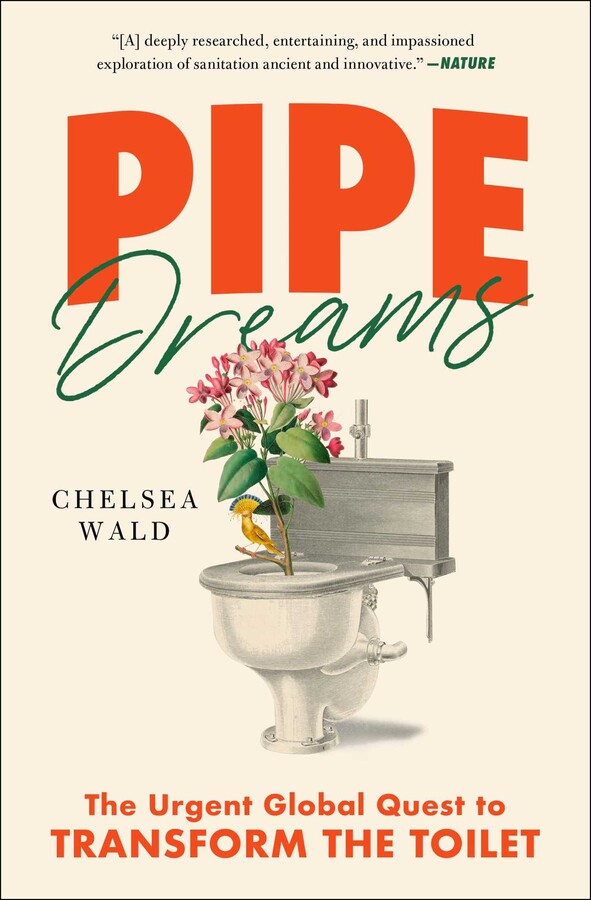 The Urgent Global Quest to Transform the Toilet

By Chelsea Wald
LIST PRICE $12.99
PRICE MAY VARY BY RETAILER

From an award-winning science journalist, a lively, informative, and humorous deep dive into the future of the toilet—from creative uses for harvested “biosolids,” to the bold engineers dedicated to bringing safe sanitation to the billions of people worldwide living without—for fans of popular science bestsellers by Mary Roach.

Most of us do not give much thought to the centerpiece of our bathrooms, but the toilet is an unexpected paradox. On the one hand, it is a modern miracle: a ubiquitous fixture in a vast sanitation system that has helped add decades to human lifespan by reducing disease. On the other hand, the toilet is also a tragic failure: less than half of the world’s population can access a toilet that safely manages bodily waste, including many right here in the United States. And it is inefficient, squandering clean water as well as the nutrients and energy contained in the waste we flush away. While we see radical technological change in almost every other aspect of our lives, we remain stuck in a sanitation status quo—in part because the topic of toilets is taboo.

Fortunately, there’s hope—and Pipe Dreams daringly profiles the growing army of scientists, engineers, philanthropists, entrepreneurs, and activists worldwide who are overcoming their aversions and focusing their formidable skills on making toilets accessible and healthier for all.

This potential revolution in sanitation has many benefits, including reducing inequalities, mitigating climate change and water scarcity, improving agriculture, and optimizing health. Author Chelsea Wald takes us on a wild world tour from a compost toilet project in Haiti, to a plant in the Netherlands that harvests used toilet paper from sewage, and shows us a bot that hangs out in manholes to estimate opioid use in a city, among many other fascinating developments.

Much more than a glorified trash can, the toilet, Wald maintains, holds the power to help solve many of the world’s problems, if only we can harness it. 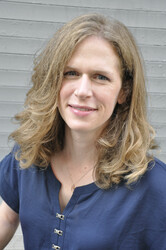 Chelsea Wald has repeatedly plunged into the topic of toilets since 2013, when editors first approached her to write about the latent potential in our stagnating infrastructure. Since then she has traveled to Italy, South Africa, Indonesia, and Haiti, as well as throughout the Netherlands and the United States, in search of the past and future of toilet systems. With a degree in astronomy from Columbia University and a master’s in journalism from Indiana University, Chelsea has fifteen years of experience of writing about science and the environment. She has won several awards and reporting grants, including from the Society of Environmental Journalists, the European Geosciences Union, and the European Journalism Centre. She cofounded and continues to help coordinate the DC Science Writers Association Newsbrief Awards for short science writing. She lives with her family in the Netherlands, in a region renowned for its water-related innovations. Pipe Dreams is her first book.

“A thoughtful and funny survey of ‘today’s toilet revolutionaries’ . . . The green-minded will find this insightful and entertaining study to be a fresh angle on a perhaps underappreciated environmental concern.”—Publishers Weekly

“Toilet humor is one thing, but toilet fact, as digested by skilled science writer Wald, is quite another. . . . A highly informative, well-reasoned call to rethink the throne.” —Kirkus Reviews

"You might be tempted to pooh-pooh the importance of the humble toilet. Don’t! Pipe Dreams shows just how vital toilets are to the future of public health—and does so with charm. Chelsea Wald spans the world, finding laughs and pathos in the surprisingly intricate science of sanitation." —Sam Kean, author of The Disappearing Spoon

"Everybody poops. Pipe Dreams is an utterly delightful and deeply informative investigation into what happens next. Wald takes us around the world to meet waste archaeologists, accidental toilet entrepreneurs, and subterranean sanitation workers, all in pursuit of the dream of transforming human waste into a resource. Along the way, she delves into what this most elemental substance reveals—about disease and human health, technology and infrastructure, and equity and access." —Meera Subramanian, author of A River Runs Again

"I could not stop reading Chelsea Wald’s captivating book. Pipe Dreams is full of fascinating facts about toilets and sewage systems. But Pipe Dreams is also about so much more. It’s about how we live in the world. Wald doesn’t just discuss the technology of sanitation systems, she also captures the human and cultural aspects that drive how we deal with our shit." —Christie Aschwanden, author of Good to Go

The Urgent Global Quest to Transform the Toilet

By Chelsea Wald
LIST PRICE $12.99
PRICE MAY VARY BY RETAILER