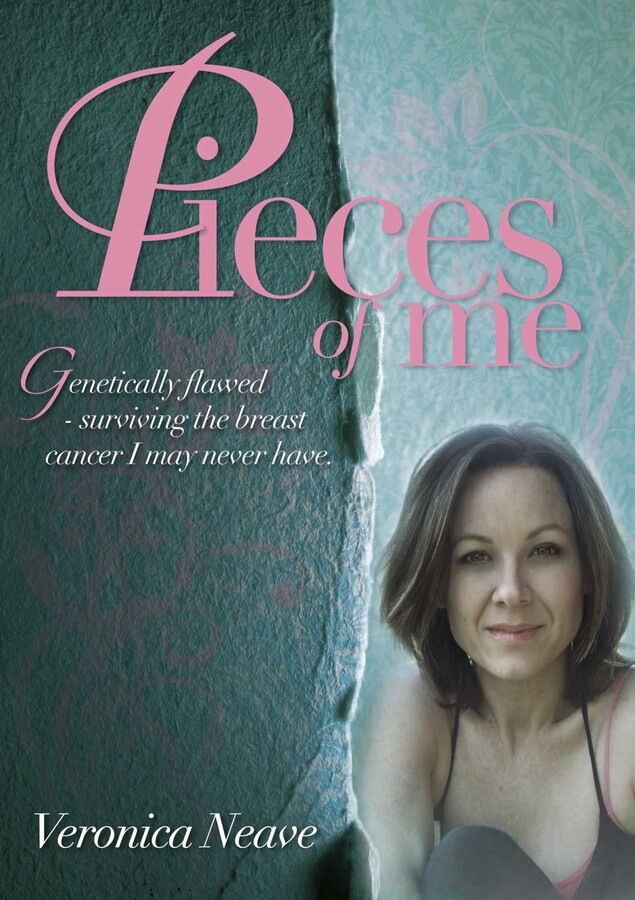 Genetically Flawed - Surviving the Breast Cancer I May Never Have

A vibrant performer, film director and mum, life for Veronica Neave was always a little crazy and unpredictable. When she tested positive for the BRCA2 'breast cancer gene' the turmoil in her life reached a new high.

The genetic test, combined with her family's history, increased the probability of Veronica one day battling breast cancer to more than 85%. Veronica had watched her mother's ongoing struggle and knew well the history of other relatives dying young at the hands of this persistent disease. When Veronica's two sisters also tested positive for the gene, it seemed the deadly pattern was destined to continue.

Veronica's options - on paper - seemed simple: prevention through high maintenance testing, medication, or the more intrusive step of removing her healthy breasts, and possibly her ovaries too, in the hope of prevention. With her breasts now centre stage, the decision was extremely personal and introspective and yet also seemed to be everybody's business. As she unravelled the information of experts from across the medical spectrum and views from others, Veronica battled her own beliefs about sexuality, body image and even the thought that her breast removal and reconstruction would be seen as a cosmetic 'improvement' by many, not as a life-saving operation. One thing was certain. The science of genetic identification was expanding faster than cures or treatments and Veronica needed to make a decision now. On one hand she had been forewarned of the potential risks, on the other, there was no certainty of prevention or a cure.

Veronica confides, "It's strange. Until a few years ago, my family had never heard of the BRCA2 gene, and now it seems to be everywhere. It's a bizarre predicament to be in, dealing with the concept that you may have cancer, but not yet and to be making decisions on a future that may or may not happen but could kill you. I was screaming out for someone to tell me what to do. I was so confused and wondering just how much time I really had before fate took the decision out of my hands?"

Pieces of Me is a beautifully written, informative and thought-provoking account of Veronica's journey from initial diagnosis with the BRCA2 gene mutation to her decision to remove her healthy breasts. It's a topic guaranteed to divide any dinner party. Along the way she shares her choices, insights and fears as she untangles the different perspectives and advice, to eventually find her own way. "My mother consciously always talked to us of death so we would not be afraid. She said she did this because she knew the history of cancer in our family was more than just a coincidence. My great grandmother, my great aunt and my grandmother all died of breast cancer by the time they were 50 years old. My mother developed breast cancer at 49 and her sister a little later at age 59. Needless to say, while growing up there was a shadow of awareness that breast cancer was 'in my genes'." Veronica Neave

Veronica Neave is a highly respected Theatre Actor acclaimed nationally and internationally. She has appeared in over fifty stage productions within Australia from Shakespeare, Tennessee Williams to writing and appearing in various shows with Kate Champion’s Force Majeure and has worked in a number of TV series as well. Veronica has featured in a number of films and has just completed filming as the lead in an Australian film – Girl Clock. Known for her versatility in the Arts industry she is a performer, writer, teacher and director.

Genetically Flawed - Surviving the Breast Cancer I May Never Have