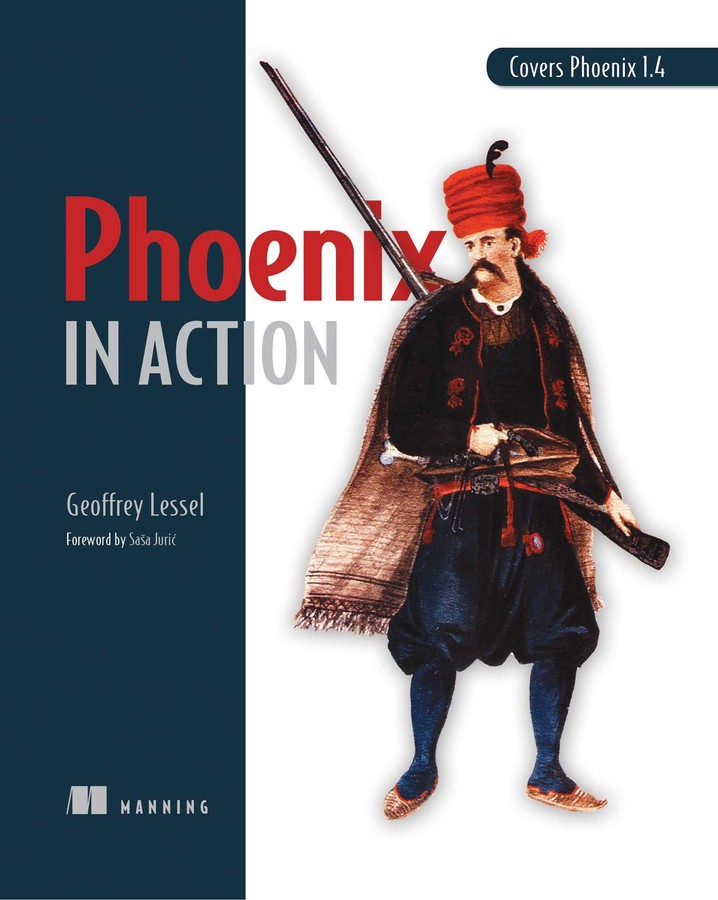 By Geoffrey Lessel
LIST PRICE $49.99
PRICE MAY VARY BY RETAILER

Phoenix is a modern web framework built for the Elixir programming language. Elegant, fault-tolerant, and performant, Phoenix is as easy to use as Rails and as rock-solid as Elixir's Erlang-based foundation. Phoenix in Action builds on your existing web dev skills, teaching you the unique benefits of Phoenix along with just enough Elixir to get the job done.

Purchase of the print book includes a free eBook in PDF, Kindle, and ePub formats from Manning Publications.

Modern web applications need to be efficient to develop, lightning fast, and unfailingly reliable. Phoenix, a web framework for the Elixir programming language, delivers on all counts. Elegant and intuitive, Phoenix radically simplifies the dev process. Built for concurrency, Phoenix channels make short work of developing real-time applications. And as for reliability, Phoenix apps run on the battle-tested Erlang VM, so they're rock solid!

Phoenix in Action is an example-based book that teaches you to build production-quality web apps. You'll handle business logic, database interactions, and app designs as you progressively create an online auction site. As you go, you'll build everything from the core components to the real-time user interactions where Phoenix really shines.

For web developers familiar with a framework like Rails or ASP.NET. No experience with Elixir or Phoenix required.

Geoffrey Lessel is a seasoned web developer who speaks and blogs about Elixir and Phoenix.

Geoffrey Lessel is a seasoned web developer who speaks and blogs about Elixir and Phoenix.

By Geoffrey Lessel
LIST PRICE $49.99
PRICE MAY VARY BY RETAILER