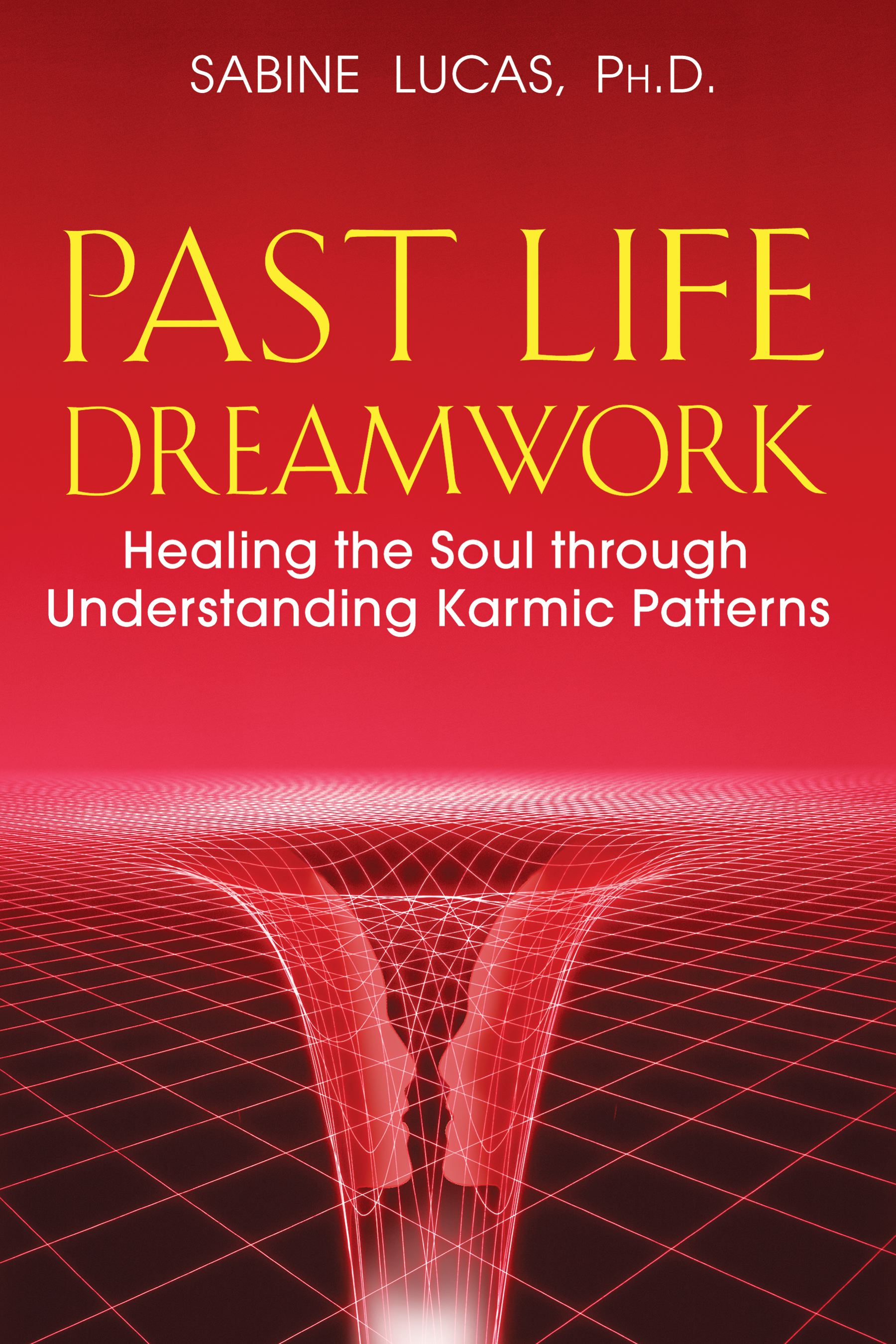 By Sabine Lucas
LIST PRICE $16.00
PRICE MAY VARY BY RETAILER

The first book to approach reincarnation from the perspective of dreams

• Identifies soul bloodlines, the key to past life therapies

• Reveals how the analyst and client are often karmically linked

In Past Life Dreamwork, Sabine Lucas examines “soul bloodlines”--character traits, talents, and life issues that are the common elements and circumstances of successive past lives. Found threaded through our dreams, these bloodlines reveal the forces manifesting in this life, and, taken together, they shape individuality as well as destiny within the reincarnation cycle. Though a wealth of past life related material regularly surfaces in dreams, until now dreamwork has been largely ignored as a therapy for successfully integrating past life experiences.

Using the results of 27 years of personal and professional work, Lucas explains that past life memories help us work out karma on the macro level and trauma on a micro level. She distinguishes three types of past life dreams--classic, informatory, and hybrid--and demonstrates how to distinguish these from other dreams. Her dramatic case studies illustrate the effectiveness of dream therapy in recognizing and integrating the resonant and recurrent circumstances and ethical dilemmas that are played out in the subconscious mind. These psychologically revealing stories bear witness to how individuals are made whole through the integration of common strands of forgotten or repressed past lives. Lucas shows that the integration of past lives enriches the conscious self and also promotes universal tolerance through an understanding of the patterns of our psychic soul inheritance.

DREAM INITIATION
Listening to a Calling

A DIFFERENT KIND OF DREAM

I am a man. I am standing with my back against a barn door in a medieval European town. I am facing an angry mob that is throwing stones at me. I am terrified and in pain. In order to buy time and get away from my tormentors, I say I have to urinate. They let me step inside the barn so that I can relieve myself in private. I am aware of taking my penis out of my pants, but after that there is a blank.
Next I am being driven on an oxcart through town. A red-robed priest is by my side. I have collapsed on the wagon floor, sobbing uncontrollably and deeply ashamed of my lack of composure. For until the public mood had changed, I had been a celebrity in this town. “My God, is it still like this?” I ask the priest, and he replies, “Yes, it is.”

Five years of analysis and intensive study of my dreams had familiarized me with my inner figures enough to know that the man in my dream did not fit the Jungian model. No authority could have convinced me that this figure was simply an archetype, the template of the animus, a woman’s inner male. He was too personalized for that. While in his body I was keenly aware of his sensitivity, the complexity of his feelings, and his overwhelming sense of shame, which was rendered all the more poignant because of his social position in town. I was also aware that the time was that of the Inquisition, when red-robed priests accompanied accused persons on their way to the ecclesiastical court. Yet there was timelessness in my brief exchange with the priest. This was revealed in our dialogue when I asked him, “Is it still like this?” and his answer was, “Yes, it is.”
Essentially, not much progress has been made in the exercise of justice since the Middle Ages. People still get executed every day for crimes they did not commit, and social injustice is rampant everywhere. Just prior to this dream, my prospects for Jungian training in London had gone up in smoke for no better reason than the fact that two Jungian training institutions were in conflict with each other. The hopelessness I was experiencing at this time vaguely echoed what I had felt in the dream, but this did not explain the medieval scenario of which I had been a part. The only plausible explanation I could find was that I must have projected myself, in a stressful moment, into another lifetime.
As soon as I realized this, reincarnation, which as a philosophical concept had never before interested me, became a living reality for me. I never again questioned it, which no longer surprises me, after tracing the belief in reincarnation through the majority of my lifetimes. Literally overnight, my still unformed spirituality had found its way back into an ancient, well-worn riverbed.

All this came back to me in a flash two years later when, as a student at the C. G. Jung Institute in Zurich, I decided to attend a public lecture series on dreams and reincarnation. Dr. Elisabeth Ruef, senior training analyst, coeditor of Jung’s Collected Works, and a personal friend of the Jung family, was going to speak on this controversial subject. For me this was a secret wish come true, because I was still hoping that the mysterious dream experience I had had while living in England might come to roost in Jung’s theoretical system. Then only in my second semester, I was not yet in on the fact that the Curatorium, the governing body of the institute, had officially blacklisted reincarnation, along with magic and certain forms of parapsychology.
In 1978 when this lecture series was taking place it had looked at first as if the conservative Jungian school was broadening its views. Erlo van Waveren, a former analysand of Jung and a wealthy patron of the Jung Institute, had published an account of his past life experiences in a small volume entitled Pilgrimage to the Rebirth.1 Jung, who in his later years had worked with van Waveren on this past life material, made him promise to keep it confidential. But seventeen years after Jung’s death, van Waveren probably felt that he had protected his analyst long enough and that he needed to leave a legacy of his own.
It was in the wake of van Waveren’s book that Elisabeth Ruef decided to go public with her own research on past lives and dreams. However, if she had counted on van Waveren’s book protecting her, she was mistaken. She later became the target of professional ridicule just the same.
Her interest in the subject had been sparked appropriately by a dream. In this dream, which she had had several years earlier, the American psychic Edgar Cayce had appeared to her and had drawn her attention to past life dreams. When she began to focus on that, she detected past life material in many of her clients’ dreams. Over time, she was able to isolate certain traits that set this type of dream apart from other dreams. Among these traits were realism, historical settings, and old-fashioned clothing. When she quoted some of those dreams, I felt a sense of relief. Suddenly I was no longer alone with my experience. Other people were having similar dreams, but most importantly, someone whose professional judgment I trusted had validated not only my experience but also my understanding of it.
When I left the institute at the end of the first evening’s lecture, the streets were sparkling white with freshly fallen snow. Although an icy wind was blowing in my face I only barely noticed it because I was feeling almost euphoric. Some ancient soul memory was stirring in my unconscious and was on the point of breaking through, and during the night, it did.
Sabine Lucas

Sabine Lucas, Ph.D., is a licensed Jungian psychotherapist specializing in dream analysis and past life dream integration. She holds a diploma from the C. G. Jung Institute in Zurich, is the author of Past Life Dreamwork, and has translated two Seth books by Jane Roberts into German. Since 1987 she has been in private practice in Santa Fe, New Mexico.

“Past Life Dreamwork is a serious book, and ranks among the very few that are worth carrying in one’s briefcase, and sleeping on.”

“Both emotionally engaging and intellectually satisfying, this book is a major contribution to the literature of dreams and of inner exploration by a distinguished Jungian psychotherapist.”

– Joseph Dispenza, author of God on Your Own: Finding a Spiritual Path Outside Religion

“This beautifully written description of a personal and professional journey will help many in their own search for ‘past life soulprints.’ Sabine Lucas’s case studies, grounded in dreams and validated through past life biographical research, add to the growing scientific evidence for the reincarnation hypothesis.”

“I have just finished reading Past Life Dreamwork and I want to give it a five-star review. Aside from insights into her patients and ultimately herself, Sabine Lucas has helped me understand and contextualize dreams and patterns of dreams I have experienced over the past sixty years.”

" . . . a valuable addition to the library of anyone seriously interested in dreams and reincarnation."

"From different kinds of past life dreams to case studies of dream therapy results, the focus in Past Life Dreamwork offers many paths for healing."

"Sabine's personal thread of posited previous lifetimes for her soul genome reads as a historical thriller that should be experienced without my giving away any clues. It will take you through sex changes, cultural divides, positions high and low, and across continents and millennia."

By Sabine Lucas
LIST PRICE $16.00
PRICE MAY VARY BY RETAILER