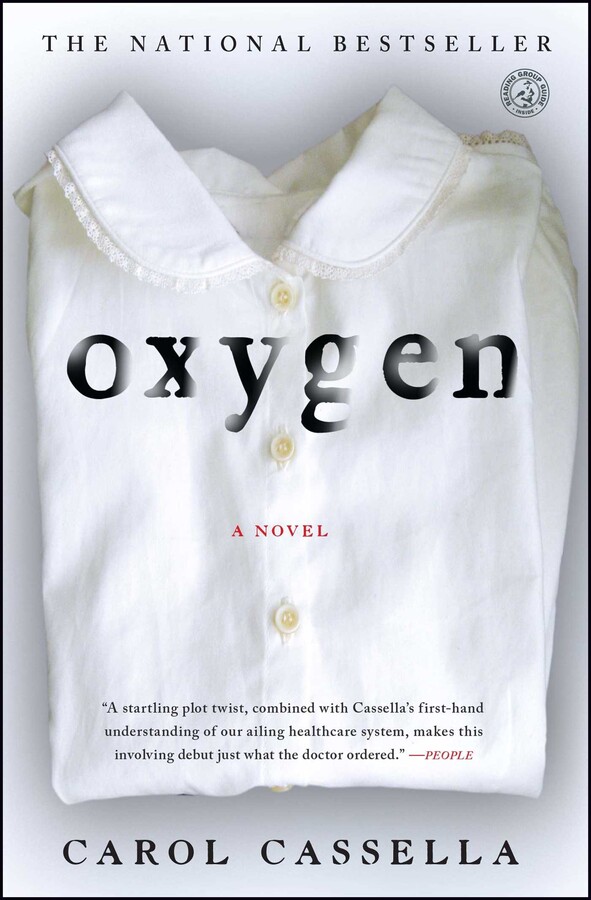 By Carol Cassella
LIST PRICE $12.99
PRICE MAY VARY BY RETAILER

Dr. Marie Heaton is an anesthesiologist at the height of her profession. She has worked, lived, and breathed her career since medical school, and she now practices at a top Seattle hospital. Marie has carefully constructed and constricted her life according to empirical truths, to the science and art of medicine. But when her tried-and-true formula suddenly deserts her during a routine surgery, she must explain the nightmarish operating room disaster and face the resulting malpractice suit. Marie’s best friend, colleague, and former lover, Dr. Joe Hillary, becomes her closest confidante as she twists through depositions, accusations and a remorseful preoccupation with the mother of the patient in question. As she struggles to salvage her career and reputation, Marie must face hard truths about the path she’s chosen, the bridges she’s burned, and the colleagues and superiors she’s mistaken for friends.

A quieter crisis is simultaneously unfolding within Marie’s family. Her aging father is losing his sight and approaching an awkward dependency on Marie and her sister, Lori. But Lori has taken a more traditional path than Marie and is busy raising a family. Although Marie has been estranged from her Texas roots for decades, the ultimate responsibility for their father’s care is falling on her.

As her carefully structured life begins to collapse, Marie confronts questions of love and betrayal, family bonds and the price of her own choices. Set against the natural splendor of Seattle, and inside the closed vaults of hospital operating rooms, Oxygen climaxes in a final twist that is as heartrending as it is redeeming.

By clicking 'Sign me up' I acknowledge that I have read and agree to the privacy policy and terms of use. Free ebook offer available to NEW US subscribers only. Offer redeemable at Simon & Schuster's ebook fulfillment partner. Must redeem within 90 days. See full terms and conditions and this month's choices.
Discussion Questions:
1. After Jolene's death, Marie thinks almost as much about Bobbie as she does about her own experience. Why is it so important for her to see Bobbie? What does she hope to accomplish?
2. Marie says that no death she has witnessed affects her as Jolene's does, yet one experience was different: the death of her mother. How do you think learning of her mother's condition and attempting to help her parents understand it while she was in medical school affects Marie as a doctor? How was the time of her mother's death a turning point between the life she was raised for and the life she chose?
3. When Marie learns that the Turner Syndrome revealed in Jolene's autopsy could make losing the case and therefore her career more likely, she wonders "if all the money and possessions were stripped away, what, exactly, would be left?" What choices does the case force Marie to reconsider? What doubts does she have about her life and career?
4. Discuss the relationship between Marie and her sister, Lori. Why doesn't Marie tell Lori about what happened to Jolene immediately? What conflicting emotions does Marie have about Lori's life and marriage?
5. When Marie and Joe are in the hotel in Texas, he describes his theory of the "Big O," a theory that could apply to several characters in the book, perhaps Joe most of all. Why is it significant that Joe be the one to hold this hopeful belief? In what ways are each of the characters "cloaked"?
6. Marie's father is literally going blind, and yet each of them is blind in a way, unable to see through their estrangement and past wrongs. What does Marie learn about how her father "sees" her during her visit? What does she "see" in him? What is the significance of the gift of her mother's ring?
7. The balance between vulnerability and control functions on several levels in the novel: Between doctors and patients in the operating room, during the legal battle in the aftermath of Jolene's death, and in Marie's relationships with her father and Joe. What happens when the balance shifts in each situation? What does Marie learn about control within each context, or from each person?
8. Joe is one of the most surprising characters in the book. He buoys Marie up, he gives her strength, but in the end he is revealed as the weak one. Were Joe's feelings for Marie genuine? Does his letter change your opinion of him? Ultimately, how does Marie feel about him?
9. Betrayal is an important theme in the book. Marie is betrayed by Joe and the hospital. Bobbie and Jolene are betrayed by them too. Marie's father believes she betrayed him and his faith when she was a teenager. What other betrayals can you think of? What motivation is at the root of each betrayal?
10. Consider the depictions of hospitals and doctors on television versus in Oxygen. How does the novel's authentic portrayal of medical culture, its routines and its dilemmas, differ from what you see elsewhere?
11. The ending of the novel is particularly bittersweet. Marie's innocence is intact, but Joe's innocence, and her relationship with him, are undone. Were you surprised? Were you satisfied with this resolution?
Enhance Your Book Club:
Consider the ethical dilemma presented in the book and discuss the responsibilities of physicians and hospitals. For more on medical ethics, visit the American Medical Association's principles of medical ethics page http://www.ama-assn.org/ama/pub/category/2512.html.
Rather than buy the wine or food that your group would usually have, consider donating to a charity such as the one for which Marie works in the novel's epilogue. Learn more by visiting the websites for Changing Faces (http://www.changingfaces.org.uk/) or Facing the World (http://www.facingtheworld.net/). 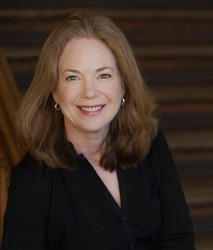 Carol Cassella, MD, is a practicing anesthesiologist, novelist, and speaker. She majored in English literature at Duke University and attended Baylor College of Medicine. She is the bestselling author of the novels Gemini, Oxygen, and Healer, published by Simon & Schuster. Carol lives on Bainbridge Island, Washington, with her husband and two sets of twins. Visit the author at CarolCassella.com.

"In Oxygen, Carol Cassella's taut novel, Dr. Marie Heaton, an assured anesthesiologist at the top of her game, is forced to face the personal and professional fallout from an operating room disaster. Marie finds herself on the losing end of dollars-and-cents medicine in a malpractice suit, questioning herself, her skills, her colleagues, and her life choices. I couldn't wait to race to the end to see how her story played out, and I wasn't disappointed." -- Lalita Tademy, author of Cane River

"A subtle, compelling plot that twists and twists again. This quickly becomes a book you cannot put down." -- The Dallas Morning News

"A finely crafted mystery, as well as a sparkling literary work." -- THE DENVER POST

"Like her protagonist, Carol Cassella has the heart of a poet and the mind of a physician; the result is a striking meditation on the complexities of love, the fragile miracle that is the human body and the burdens and blessings of being a healer." -- Stephanie Kallos, author of Broken for You

"More than just an assured debut novel, this book is a tour de force, as emotionally involving as it is intelligent. Carol Cassella writes with the clarity and precision that are the hallmarks of her other profession....The fine, sharp details of her portrait of a gifted doctor facing a devastating crisis will stay with you long after the book is closed." -- Susan Wiggs, author of Fireside and Just Breathe

By Carol Cassella
LIST PRICE $12.99
PRICE MAY VARY BY RETAILER