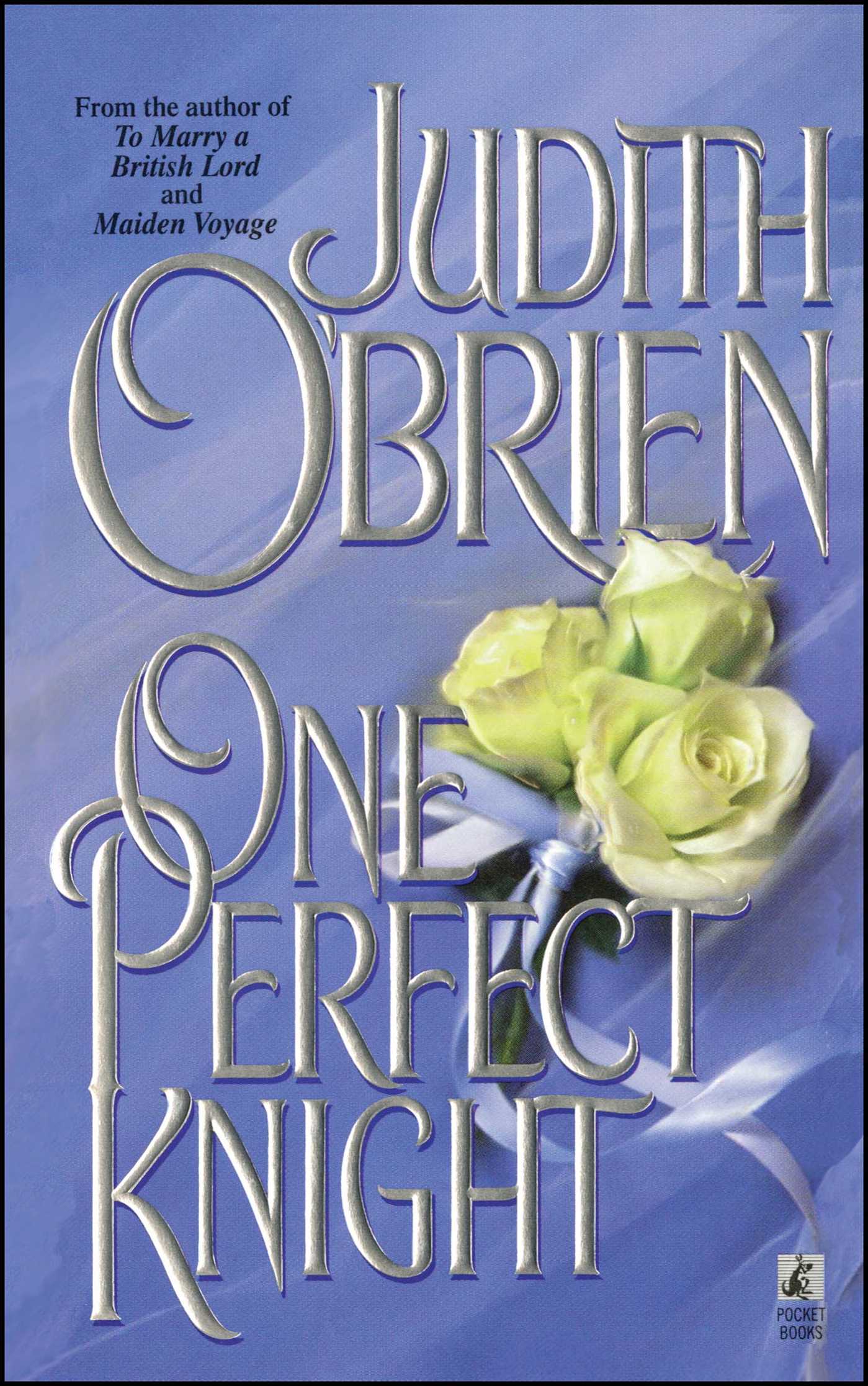 By Judith O'Brien
LIST PRICE $23.99
PRICE MAY VARY BY RETAILER

In her acclaimed Maiden Voyage, Judith O'Brien spun "an extraordinary, enchanting tale" (Rendezvous) of a love that crossed the centuries. Now, in a story that tingles with magic and wit, she sends a delightful contemporary heroine on a star-crossed quest in a long-ago land that may be morethan just the stuff of fairy tales...
Madison Avenue advertising executive Julie Gaffney is on the lookout for a good man and a love that will last forever. But heroes are few and far between in New York City, and -- after one too many disastrous blind dates -- Julie hasall but given up. Then, while chaperoning a children's birthday party in a suburban medieval theme restaurant, Julie suddenly falls into a cold faint...and awakens in fabled Camelot, face-to-face with the greatest hero of them all -- the legendary Lancelot.
Behind the suit of armor is a man of deep passion and sensuous masculinity, a loyal knight who is about to be ensnared in a web of royal deception that will tarnish his name for all time. Entranced by his azure eyes and mesmerizing voice, Julie realizes she has a mission to fulfill. Only she can divert the tragedy that dooms Camelot...and Lancelot. But in saving the kingdom and the knight she has come to love, Julie puts her own heart in great peril...

Writing romance novels has got to be the way to make a living in the world. What other career allows you to send the kids off to school, walk the dog, and vanish into the most fascinating of historical times and places, with the most glorious of men, to escape danger and find everlasting love for the rest of the day?
Like most writers, I knew early on that I wanted to be a writer. Well, almost. Actually, writing was the third choice on my short list of career possibilities, right after Fairy Princess and Prima Ballerina. The first two didn't work out. So after college I moved to New York, where I worked for Seventeen Magazine. Not only had I never really been to New York before, but I believe I was the only editorial assistant in the magazine industry who still wore knee socks. Soon I was promoted to Editor of the "Letters to the Editor" department. Yes, there really IS an editor for the letters to the editor column. But it allowed me to write articles, answer the personal problems of teens (boys and zits were the big topics of concern), and rummage through the back files of the magazine. I found Sylvia Plath's original carbon of a short story she submitted while still in high school. There were articles on up-and-coming talents with names like Judy Holiday, Marlon Brando and Elvis. And very occasionally I was employed as a last-minute makeover subject. That was me looking miserable after getting the "Brideshead Revisited" bob.
Then I lucked into a fabulous job - as a jacket copy writer at a publishing house called Pocket Books. There I first read Jude Deveraux, Judith McNaught and Julie Garwood in manuscript form, and from those I would compose the blurbs for the book covers. It was heaven. I would read straight through my lunch hour, thus accounting for the chicken salad and iced tea on the returned manuscripts. But as much as I loved reading those marvelous stories, what I really wanted to do was to write one. Just one. Just to see what would happen.
Life interfered. I went back into magazines, this time at Self as an editor and writer. I got married, then had my son. I was still on maternity leave, writing general health articles while bouncing a newborn on my knee, that I began to dream once again of writing a romance novel. So that is exactly what I did. And I modestly claim to have written the most horrendous first three chapters of ANY book, in ANY genre, at ANY time in history. Unfortunately, still addled by the turmoil of being a new mom (hey, it's an excuse), I actually sent the wretched chapters to agents and publishers.
The rejections were polite form letters. Dozens of them. I shoved them into a bottom drawer and stuck to articles, becoming a free-lance writer and full-time mom. A few years later I gave romance writing another try. This time I sent it to only one person, Linda Marrow, with whom I had worked at Pocket Books years earlier. I certainly did not expect her to accept the manuscript. But I did hope she would let me know which editor at whatever house just might be interested in my time-travel romance.
Instead, I received a call from Linda three days later, offering me a two book contract.
Now I am a single mom. My son is twelve. I live in Brooklyn. And I'm lucky enough to write romance novels for a living. So please excuse me while I slip into something more comfortable. Such as Civil War Atlanta, or Tudor England, or Georgian Ireland, or....Did I mention how much I love this job?

By Judith O'Brien
LIST PRICE $23.99
PRICE MAY VARY BY RETAILER