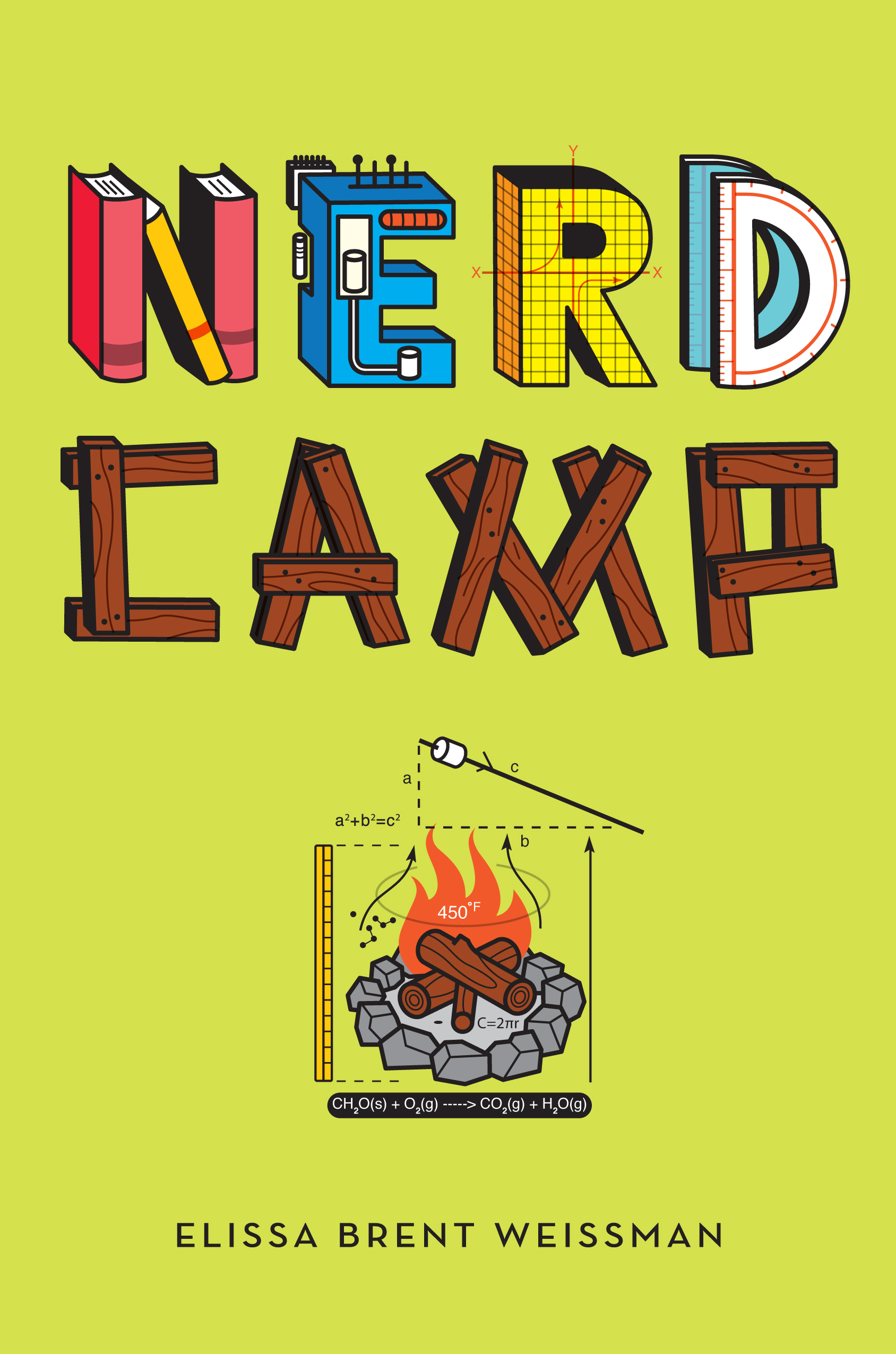 Ten-year-old Gabe has just been accepted to the Summer Center for Gifted Enrichment. That means he’ll be spending six weeks at sleep-away camp writing poetry and perfecting logic proofs. S.C.G.E. has been a summer home to some legendary middle-school smarty-pants (and future Jeopardy! contestants), but it has a reputation for being, well, a Nerd Camp. S.C.G.E = Smart Camp for Geeks and Eggheads.

But, is Gabe really a geek? He’s never thought about it much, but that was before he met Zack, his hip, LA-cool, soon-to-be step-brother. Now, Gabe is worried that Zack will think he’s a nerd, not only a nerd, but JUST a nerd. A wild summer at camp—complete with a midnight canoe ride to “Dead Man’s Island”—makes Gabe realize that Zack may not be the brother he'd always dreamed of, but that doesn't mean they can't be friends.

This clever, fun summer read from Elissa Brent Weissman is full of great minor characters (like a bunkmate who solves math problems in his sleep) and silly subplots (like the geekiest lice outbreak ever). Adjust your head-gear, pack your camp bag and get ready to geek out!

Nerd Camp Chapter 1
GABE
It was so late that it was almost tomorrow. Gabe had been awake later than this only once before. That was New Year’s Eve, and his mom had let him have a sleepover with some of his math team friends. Rather than counting down to the new year when it was just ten seconds away, like most people, at 8:00 p.m. they figured out how many seconds there were until the ball dropped and then counted down ten seconds occasionally throughout the night (at 8:32 they counted down from 12,480 to 12,470).

He thought now of figuring out how many seconds there were until his train tomorrow, but that would probably just make him more excited and anxious, and Gabe needed to stop thinking about tomorrow so he could sleep.

He couldn’t help being excited about the future—the future with my new brother! he thought, even though he was trying so hard not to think at all. He remembered back to first grade, when his friend Eric’s little sister was born, and how jealous he was. “Can you please have a baby?” he’d asked his mom again and again.

Gabe had known even then that that wasn’t going to happen. His mom and dad were divorced—they had been divorced from the time he was a baby himself—and they wouldn’t want to have another baby together, since they didn’t even talk to each other except for a few words when one of them dropped him off with the other.

“You’re enough for me, Gabe,” his mother always told him. “I know you’d like a brother or sister, but I’m sorry. It’s going to be just us.” Sometimes she gave his head a squeeze and added, “You’ve got enough brains for two kids, anyway.”

But Gabe kept hoping that his mom would surprise him. One time, last year, Gabe made the grave mistake of asking her, excitedly, if she was pregnant. That night, she took a big black garbage bag and cleared out the pantry of everything that tasted good, and Gabe had to rely on hanging out at friends’ houses if he wanted to eat anything but leafy greens.

For some reason it never even occurred to him that his dad could be the one to get him a sibling, but that’s what was happening. And the best part was that his new brother was already his age, because his dad was marrying a woman named Carla who also had a son who was ten, Zack. They lived 2,825 miles away in Los Angeles, California (a 6-hour plane ride or 43-hour drive or a 706-hour walk!). They were visiting New York now, and Gabe was going to meet them for the first time—tomorrow! But after they got married at the end of August, Carla and Zack were going to live in New York City with Gabe’s dad, which meant that whenever Gabe went to visit his dad he’d also be visiting his brother.

Manhattan was close enough that Gabe could go visit on weekends. He and Zack could do all the fun city stuff together, like go to the Museum of Natural History, but he could also go home before he had to deal with what he imagined would be annoying things about having a brother 100 percent of the time, like fighting over using the computer or both needing the P volume of the encyclopedia at the same time. Everything about it was perfect, perfect, perfect.

As Gabe lay in bed—his homework done and on his desk even though he wasn’t going to school tomorrow, and his duffel bag packed with clothes to spend two nights in the city—he thought about his new stepbrother. Would Zack look different in person than he did in pictures? Would he be taller or shorter than Gabe? (Gabe hoped they’d be the same.) Would he wear glasses for reading or distance? (Gabe’s were for both.) Would he prefer chocolate or vanilla (Gabe liked vanilla), fiction or nonfiction (Gabe liked both equally), multiplication or division (Gabe preferred division, the longer the better)? It doesn’t matter, Gabe decided. I’ll like him no matter what, because we’re going to be brothers.

Gabe fell asleep smiling. He was going to love his new brother. They were going to become best friends. 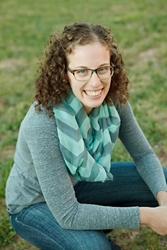 Elissa Brent Weissman is the author of The Short Seller, Nerd Camp, Nerd Camp 2.0, Standing for Socks, The Trouble with Mark Hopper, and the editor of Our Story Begins. She lives in Baltimore, Maryland. Visit her at EBWeissman.com.

Gr 4-5–Gabe, 10, is excited about getting two things he has wanted: a brother and to go to camp. The brother is Zack, the son of his father’s fiancée, who is also 10 and lives across the country in L.A. The camp is the Summer Center for Gifted Enrichment. Gabe wants to appear just as cool to Zack as he thinks Zack is, so he keeps the “nerd” details about camp to himself. At SCGE, the campers have lessons in the morning, then traditional camp activities in the afternoon and evening. The campers are typical kids, pulling pranks, whining about some things, and getting homesick; they just happen to be extremely bright. Gabe enjoys his bunkmates and loves everything about camp except the food. Zack is envious of Gabe’s experience, so Gabe keeps him up-to-date on what’s happening, sort of. He keeps a chart of things he can tell his stepbrother and the details that probably shouldn’t be mentioned, e.g., that they like learning the digits of Pi. The boys’ characters are well developed and although the three adults play a minor role in the story, they are civil to one another and to both boys. In addition to being a good, humorous story, the book also illustrates that kids who are bright are just kids and can enjoy a lot of different things.–Nancy P. Reeder, Heathwood Hall Episcopal School, Columbia, SC

Perfect for kids whose quest for knowledge isn’t satisfied by nine months of school, Weissman’s latest
novel features an appealing 10-year-old who’s more certain of facts and figures than of his worth. Gabe
questions his own “coolness” when he meets the boy who’s about to become his stepbrother; they’re the
same age but worlds apart intellectually, and Gabe tries to hide from Zack all traces of his own nerdy
tendencies. Weissman portrays Gabe as a sweet only child who’s as excited about getting the sibling he
has always wanted as he is about being admitted to a “Gifted Enrichment” camp. Over the course of six
weeks of camp, he revels in his adventures and then analyzes them for their nerdiness quotient, working
out logic proofs to help him figure out how much to tell Zack. Weissman depicts a camp whose academic
classes sound almost as fun as kayaking and color war. These smart, funny kids learn something from a
lice infestation, and it’s only logical that Gabe also gains confidence in his own opinions and individuality.

Gabe’s father is remarrying and giving him the (step-) brother he’s always hoped for, but ten-year-old Gabe realizes almost immediately that cool Zack, also ten, will not be impressed that his new brother is heading off to the Summer Center for Gifted Enrichment, a.k.a. “Nerd Camp.” Once there, Gabe loves camp with its interesting classes (e.g., Logical Reasoning and Poetry Writing), its traditions like Color Wars, and his new friends, but he continues to worry about Zack’s reaction. As the six weeks go along, Gabe creates a chart of “Things I Can Tell Zack” (“We put music and sports pictures on our walls”) and “Things I Can’t Tell Zack” (“They are of Beethoven and the rules of badminton”). The title may limit the book’s appeal, but kids who are even a little bit nerdy themselves will enjoy the humor and will relate to Gabe’s concerns about appearing geeky. Weissman (The Trouble with Mark Hopper, rev. 11/09) gets the small details just right (like the way Gabe and his roommates keep track of how many seconds it takes their bunkmate to get out of his twisted-up sleeping bag each morning), and the relationships and the stories come to a satisfying and reasonably realistic conclusion.

Gabe, 10, can hardly wait to dive into the sonnets, syllogisms and scavenger hunts at the Summer Center for Gifted Enrichment, a sleepaway camp for bright kids. That is, until he discovers that his soon-to-be stepbrother, Zack, scorns such things as nerdy. With his cellphone, surfboard and poor spelling, Zack seems the epitome of cool, and bespectacled Gabe yearns for a similar sangfroid. Gabe’s path to geeky self-acceptance is filled with quirky adventure. There’s a UFO sighting, a stealth kayak mission and a clandestine lice-breeding lab, along with bunkmates who recite the digits of pi (for fun!) and tape pictures of Beethoven to their cabin walls. Fans of “The Big Bang Theory” may recognize in Gabe and his smart, funny friends the youthful counterparts of the zany brainiacs on that popular TV show.