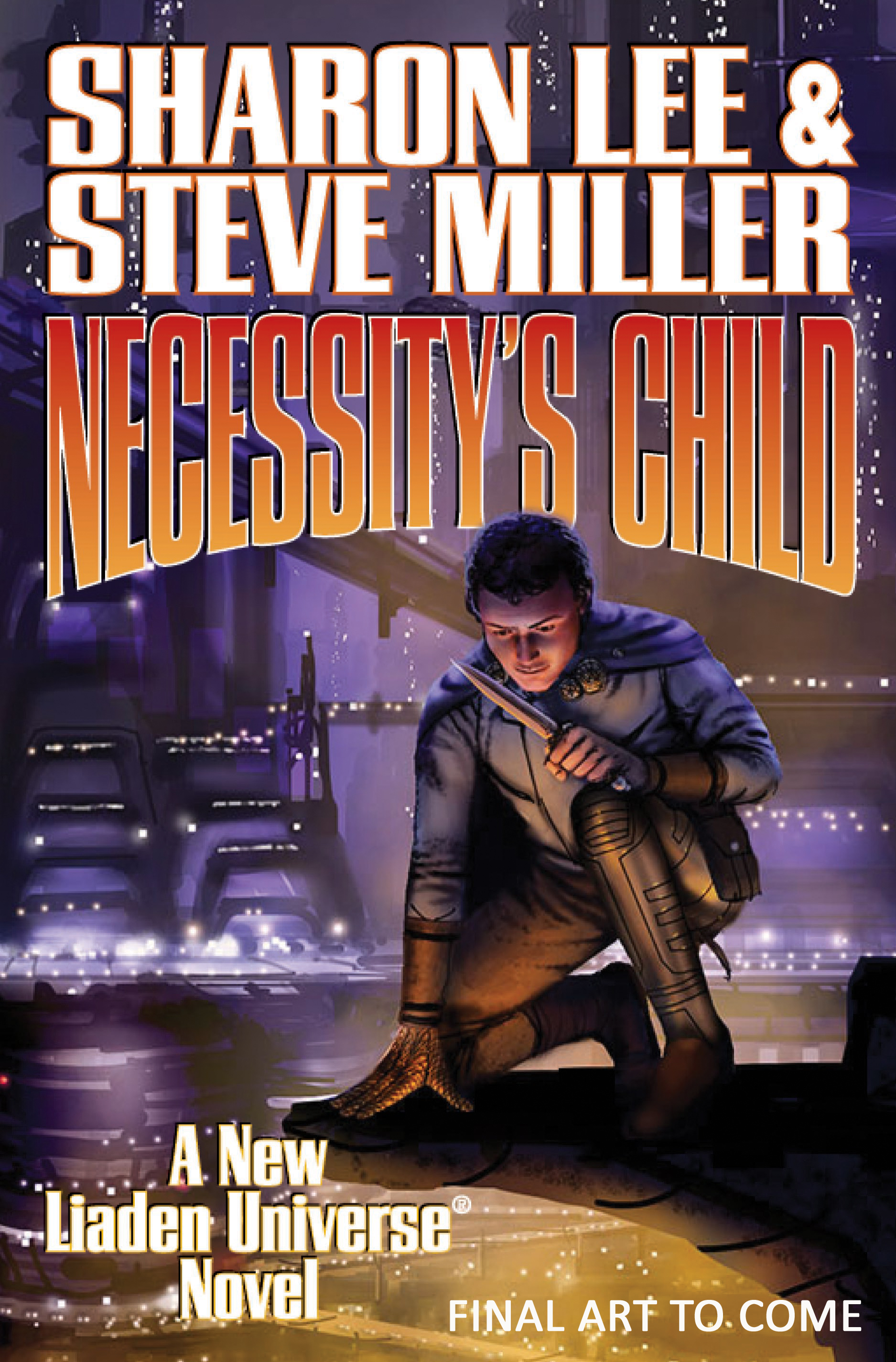 By Sharon Lee and Steve Miller
LIST PRICE $26.00
PRICE MAY VARY BY RETAILER

#16 in the popular and exciting science fiction Liaden Universe®.  A man without a past caught between powerful Clan Korval and secretive kompani.

Stirring SF adventure from master storytellers Sharon Lee and Steve Miller—#16 in the award-winning Liaden Universe® saga. Space ships, action, adventure—all tied together with a strong dollop of romance and clan intrigue – make this a compelling series for a wide range of readers, from romance to military SF lovers.

The kompani sees none as an enemy, and yet few as friend. The kompani exists in many places, living quietly in the shadows, thriving off the bounty that others have no wit to secure, nor skill to defend. Their private history is unwritten; their recall rooted in dance and dream.

The humans of Clan Korval is in many ways the opposite of the kompani.  The interstellar trading clan is wealthy in enemies, fortunate in friends. Korval protects itself with vigor, and teaches even its youngest children the art of war.

And when representatives of Clan Korval arrive on the planet Surebleak where the kompani has lived secret and aloof, it seems to the kompani that they are borne by the very winds of change.

Change can be a boon for in change lies opportunity. But the arrival of Clan Korval, establishing itself upon Surebleak with its friends, its enemies, and, most of all, its plans may bring catastrophe, changing the culture and the kompani, forever.

In this time of change, the lives of three people intersect -- Kezzi, apprentice to the kompani's grandmother; Syl Vor, Clan Korval's youngest warrior; and Rys, a man without a world, or a past.

About the Liaden Universe® series:
“Every now and then you come across an author, or in this case, a pair, who write exactly what you want to read, the characters and personalities that make you enjoy meeting them. . . . I rarely rave on and on about stories, but I am devoted to Lee and Miller novels and stories.” —Anne McCaffrey

“These authors consistently deliver stories with a rich, textured setting, intricate plotting, and vivid, interesting characters from fully-realized cultures, both human and alien, and each book gets better.”
–Elizabeth Moon

“[D]elightful stories of adventure and romance set in a far future. . .space opera milieu. It’s all a rather heady mix of Gordon R. Dickson, the Forsythe Saga, and Victoria Holt, with Lee and Millier’s own unique touches making it all sparkle and sizzle.  Anyone whose taste runs toward SF in the true romantic tradition can’t help but like the Liaden Universe.”—Analog

“[T]he many fans of the Liad universe will welcome the latest…continuing young pilot Theo Waitley’s
adventures.” – Booklist on Saltation

love of cats, a thirst for justice, and a staff of true power. Since then, the husband-and-wife have written dozens of short stories and twenty plus novels, most set in their star-spanning Liaden Universe®. Before settling down to the serene and stable life of a science fiction and fantasy writer, Steve was a traveling poet, a rock-band reviewer, reporter, and editor of a string of community newspapers. Sharon, less adventurous, has been an advertising copywriter, copy editor on night-side news at a small city newspaper, reporter, photographer, and book reviewer. Both credit their newspaper experiences with teaching them the finer points of collaboration. Sharon and Steve passionately believe that reading fiction ought to be fun, and that stories are entertainment. Steve and Sharon maintain a web presence at http://korval.com/

By Sharon Lee and Steve Miller
LIST PRICE $26.00
PRICE MAY VARY BY RETAILER