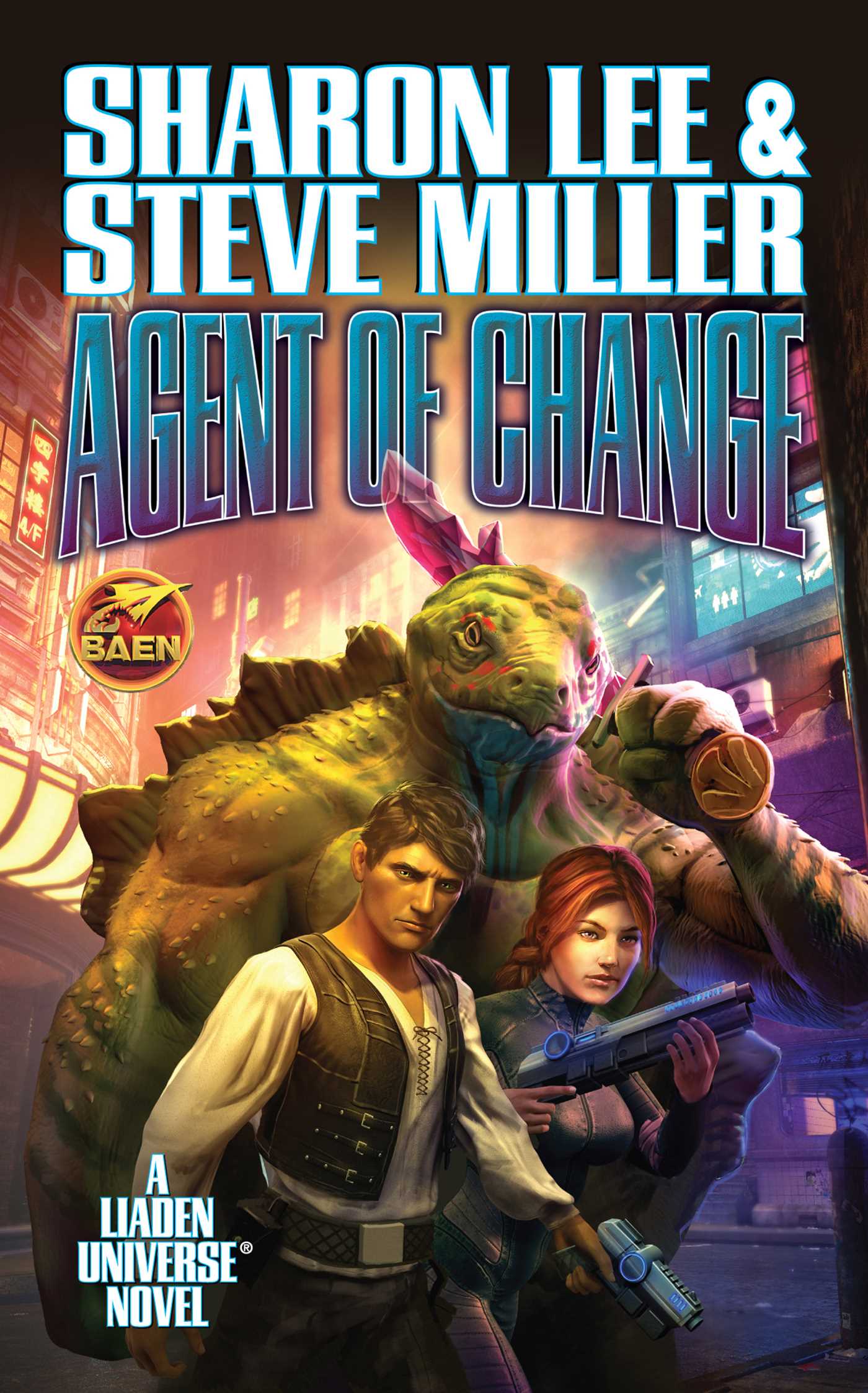 IT STARTS WITH A MAN WHO WAS NOT WHAT HE SEEMED

“The man who was not Terrence O’Grady had come quietly.”

Introducing Val Con yos’Phelium – interstellar spy, starship pilot, musician, and incidentally, a brother to Clutch Turtles.  Running from an assassination he comes upon Miri Robertson, a not-so-retired mercenary soldier born to trouble on a back world and facing disastrously uneven odds in a firefight with her former employer’s enemies. Forced to intervene, Val Con becomes a target himself, and the pair are hunted, hounded across space, becoming unwilling partners of necessity. Facing terrible danger from within and without, their own skills and training argue that one of them must die if either is to survive. But Val Con has faced tricky situations before, and he's not about to let something like impossible odds get him down.

About Dragon in Exile:

About the Liaden Universe® series:

“Every now and then you come across an author, or in this case, a pair, who write exactly what you want to read, the characters and personalities that make you enjoy meeting them. . . . I rarely rave on and on about stories, but I am devoted to Lee and Miller novels and stories.”—Anne McCaffrey

“These authors consistently deliver stories with a rich, textured setting, intricate plotting, and vivid, interesting characters from fully-realized cultures, both human and alien, and each book gets better.”—Elizabeth Moon

“[D]elightful stories of adventure and romance set in a far future. . .space opera milieu. It’s all a rather heady mix of Gordon R. Dickson, the Forsythe Saga, and Victoria Holt, with Lee and Miller’s own unique touches making it all sparkle and sizzle. Anyone whose taste runs toward SF in the true romantic tradition can’t help but like the Liaden Universe.”—Analog

love of cats, a thirst for justice, and a staff of true power. Since then, the husband-and-wife have written dozens of short stories and twenty plus novels, most set in their star-spanning Liaden Universe®. Before settling down to the serene and stable life of a science fiction and fantasy writer, Steve was a traveling poet, a rock-band reviewer, reporter, and editor of a string of community newspapers. Sharon, less adventurous, has been an advertising copywriter, copy editor on night-side news at a small city newspaper, reporter, photographer, and book reviewer. Both credit their newspaper experiences with teaching them the finer points of collaboration. Sharon and Steve passionately believe that reading fiction ought to be fun, and that stories are entertainment. Steve and Sharon maintain a web presence at http://korval.com/