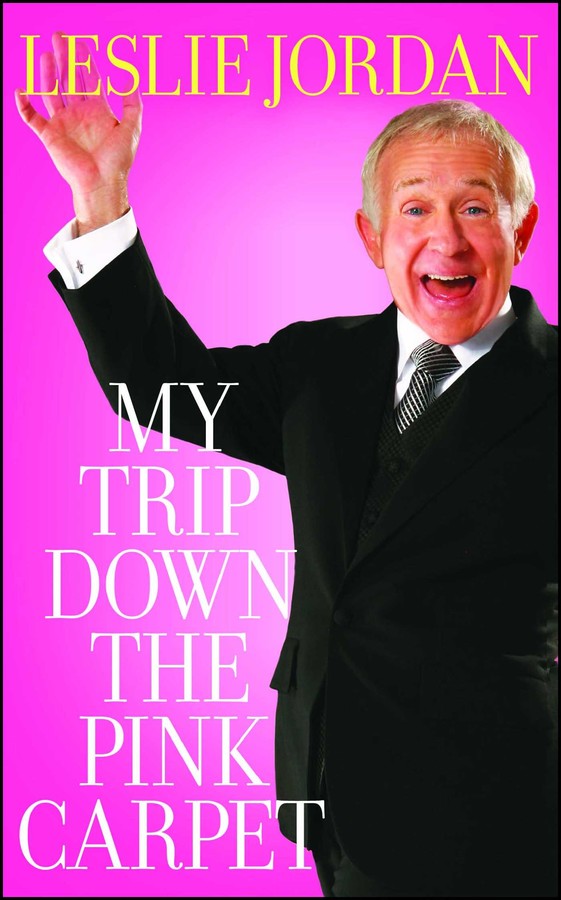 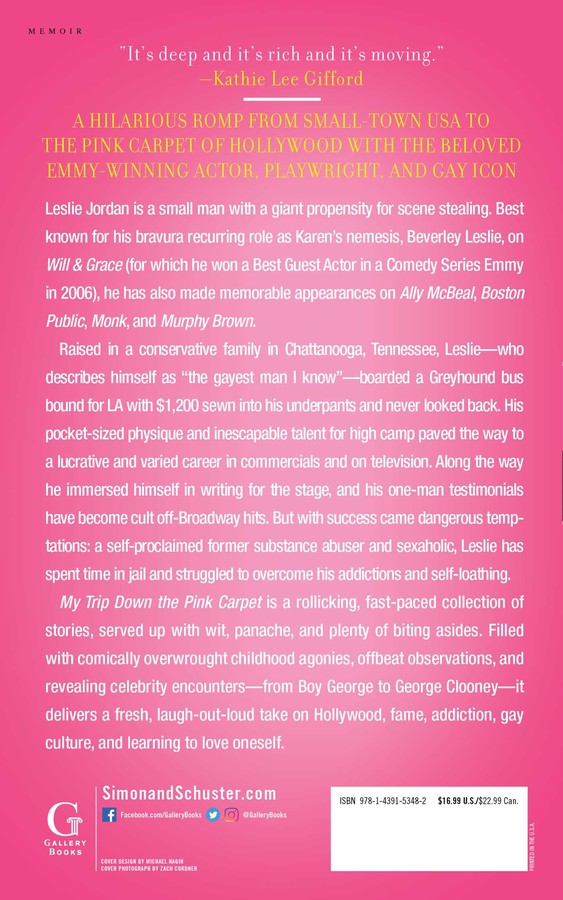 By Leslie Jordan
LIST PRICE $16.99
PRICE MAY VARY BY RETAILER

A hilarious romp from small-town USA to the pink carpet of Hollywood with the beloved Emmy Award–winning actor, playwright, popular and laugh-out-loud funny Instagram icon, and gay legend.

Leslie Jordan is a small man with a giant propensity for scene stealing. Best known for his bravura recurring role as Karen’s nemesis, Beverley Leslie, on Will & Grace (for which he won a Best Guest Actor in a Comedy Series Emmy in 2006), he has also made memorable appearances on Ally McBeal, Boston Public, Monk, and Murphy Brown.

Raised in a conservative family in Chattanooga, Tennessee, Leslie—who describes himself as “the gayest man I know”—boarded a Greyhound bus bound for LA with $1,200 sewn into his underpants and never looked back. His pocket-sized physique and inescapable talent for high camp paved the way to a lucrative and varied career in commercials and on television. Along the way he immersed himself in writing for the stage, and his one-man testimonials have become cult off-Broadway hits. But with success came dangerous temptations: a self-proclaimed former substance abuser and sexaholic, Leslie has spent time in jail and struggled to overcome his addictions and self-loathing.

My Trip Down the Pink Carpet is a rollicking, fast-paced collection of stories, served up with wit, panache, and plenty of biting asides. Filled with comically overwrought childhood agonies, offbeat observations, and revealing celebrity encounters—from Boy George to George Clooney—it delivers a fresh, laugh-out-loud take on Hollywood, fame, addiction, gay culture, and learning to love oneself.

Leslie Jordan hails from Chattanooga, Tennessee. Standing at just four feet eleven inches, he has become an instantly recognizable face in film and television. He is best known for his role as Beverley Leslie in the hit series Will & Grace, for which he won an Emmy in 2006. He lives in Los Angeles.

By Leslie Jordan
LIST PRICE $16.99
PRICE MAY VARY BY RETAILER