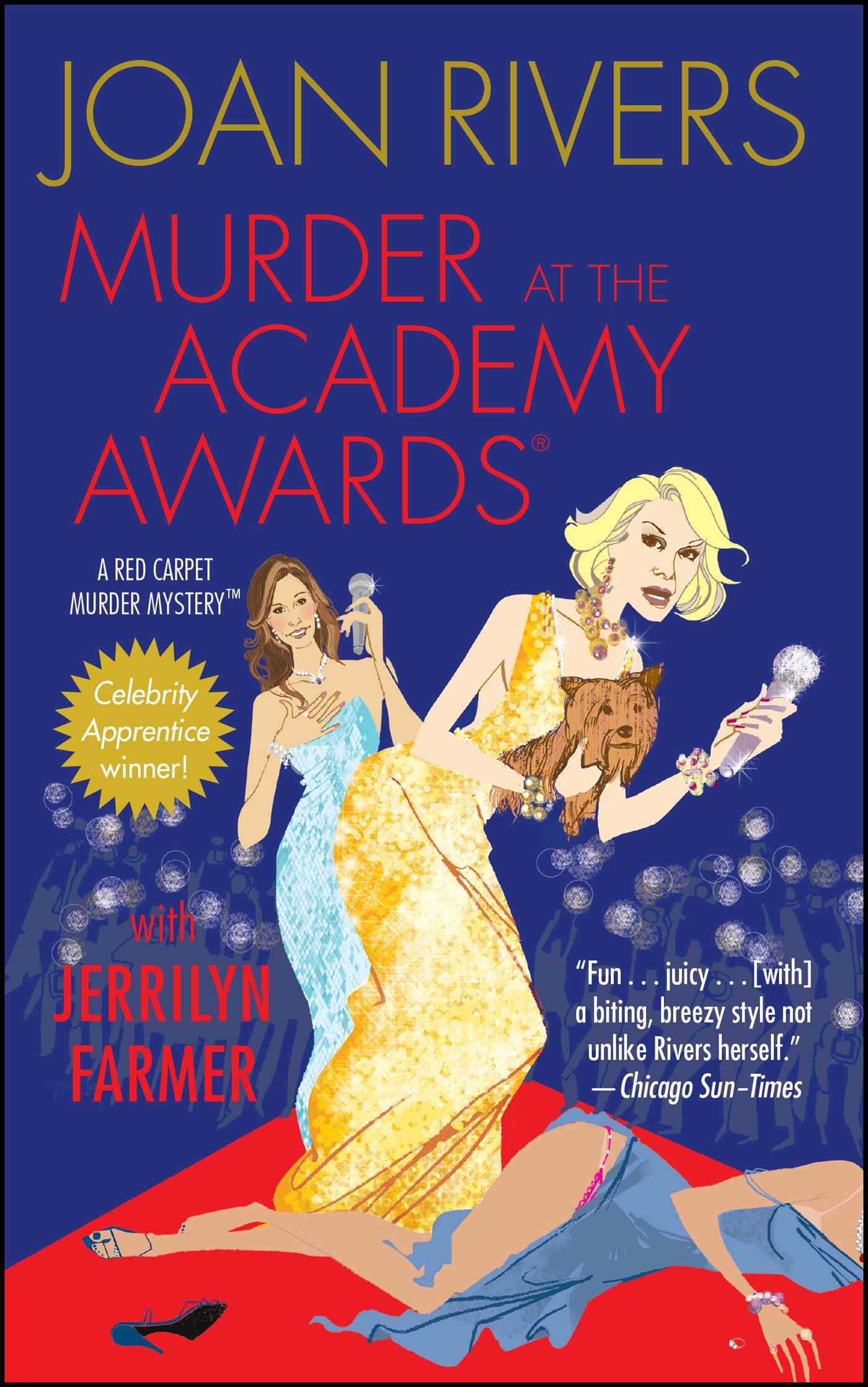 Comedienne Joan Rivers: Off The Shelf

By Joan Rivers and Jerrilyn Farmer
LIST PRICE $15.99
PRICE MAY VARY BY RETAILER

As the Queen of the Red Carpet, Joan Rivers has been eyewitness to Hollywood's most heinous crimes (okay, so they're fashion-related). And in this über-stylish mystery, she enlists her no-holds-barred, slightly blonder literary counterpart, Maxine Taylor, to solve a crime of a different sort. When a gorgeous young actress dies on the Red Carpet, some in Tinseltown call it bad publicity. Max calls it murder.

The Academy Awards®. It's Hollywood's biggest night, and there's no star better equipped than the tart-tongued Max Taylor to hold court on the glamorous Red Carpet. Sharing the dish with her daughter, Drew, the calls-it-as-she-sees-it entertainer has parlayed this star-studded annual gig into television's most-watched pre-show event. And tonight, Max has landed a real coup—an exclusive interview with Halsey Hamilton, a fabulous, young, paparazzi-trailed Oscar nominee. But not even Max, who's seen her share of celebrity train wrecks, is prepared for an incoherent Halsey, straight out of rehab, to stumble up to the mic, slur a few cryptic words, and drop dead at the hem of Max's stunning Michael Kors gown.

To Hollywood, the starlet's demise was tragic but inevitable. To Max, it looks more like a perfectly calculated crime. After all, she alone heard Halsey's final whisper—a clue that leads Max to the pricey rehab clinic Wonders. With a weakness for nothing more disturbing than artificial sweeteners, Max nonetheless goes undercover and embarks on a twelve-step investigation into murder. Once inside the luxury clinic, Max's list of suspicious players expands faster than the Jolie-Pitt family: Burke Norris, a professional cad and Drew's ex-fiancé; Halsey's father, who is still making money off his dead daughter's fame; Halsey's jealous younger sister; and Rojo Bernstein, a tattooed karate hipster who knew the troubled fallen star much better than anyone suspected.

Now it's left to Max to unravel the sordid motives and find Halsey's killer while upstaging an over-the-top Hollywood memorial service and funeral where the ill-fated actress was buried in, of all things, a tacky designer knockoff! And you thought the Oscars were all swag bags and Jimmy Choos? Hah! Honey, it's murder. In Murder at the Academy Awards®, Joan Rivers delivers a very smart, bracingly funny, and pitch-perfect reflection of a Hollywood only she would dare to reveal—all seen through the eyes of an indomitable, high-end amateur sleuth who isn't asking "Who are you wearing?" but rather "Whodunit?" 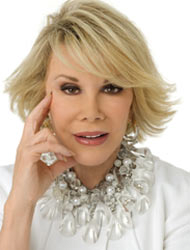 Joan Rivers was an American comedian, actress, talk show host, businesswoman, and celebrity. She was known for her brash manner and loud, raspy voice with a heavy metropolitan New York accent. Rivers was the National Chairwoman of the Cystic Fibrosis Foundation and is a board member of God's Love We Deliver. Like the ground-breaking Phyllis Diller, Rivers's act relied heavily on poking fun at herself. She died in 2014.

By Joan Rivers and Jerrilyn Farmer
LIST PRICE $15.99
PRICE MAY VARY BY RETAILER