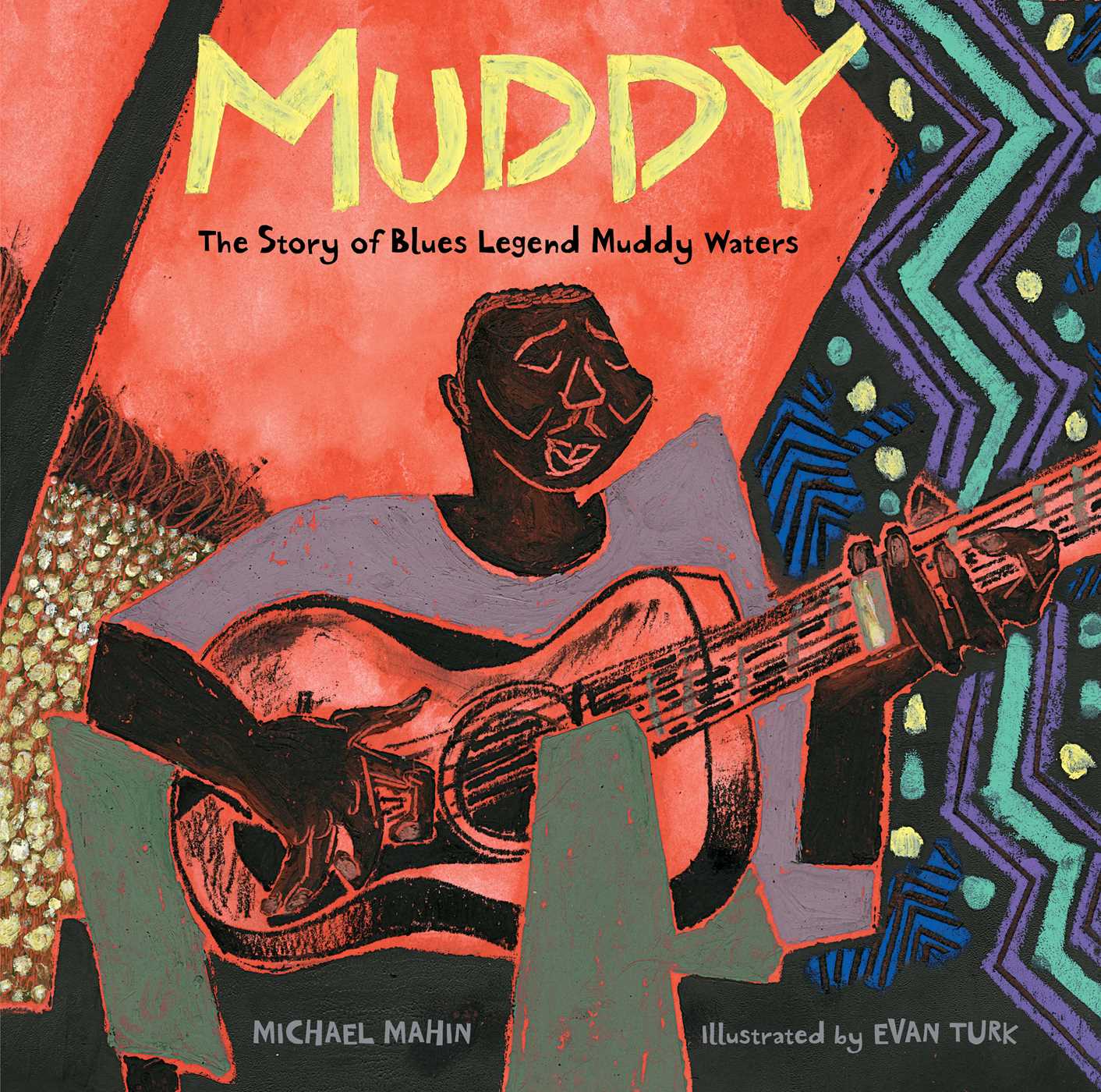 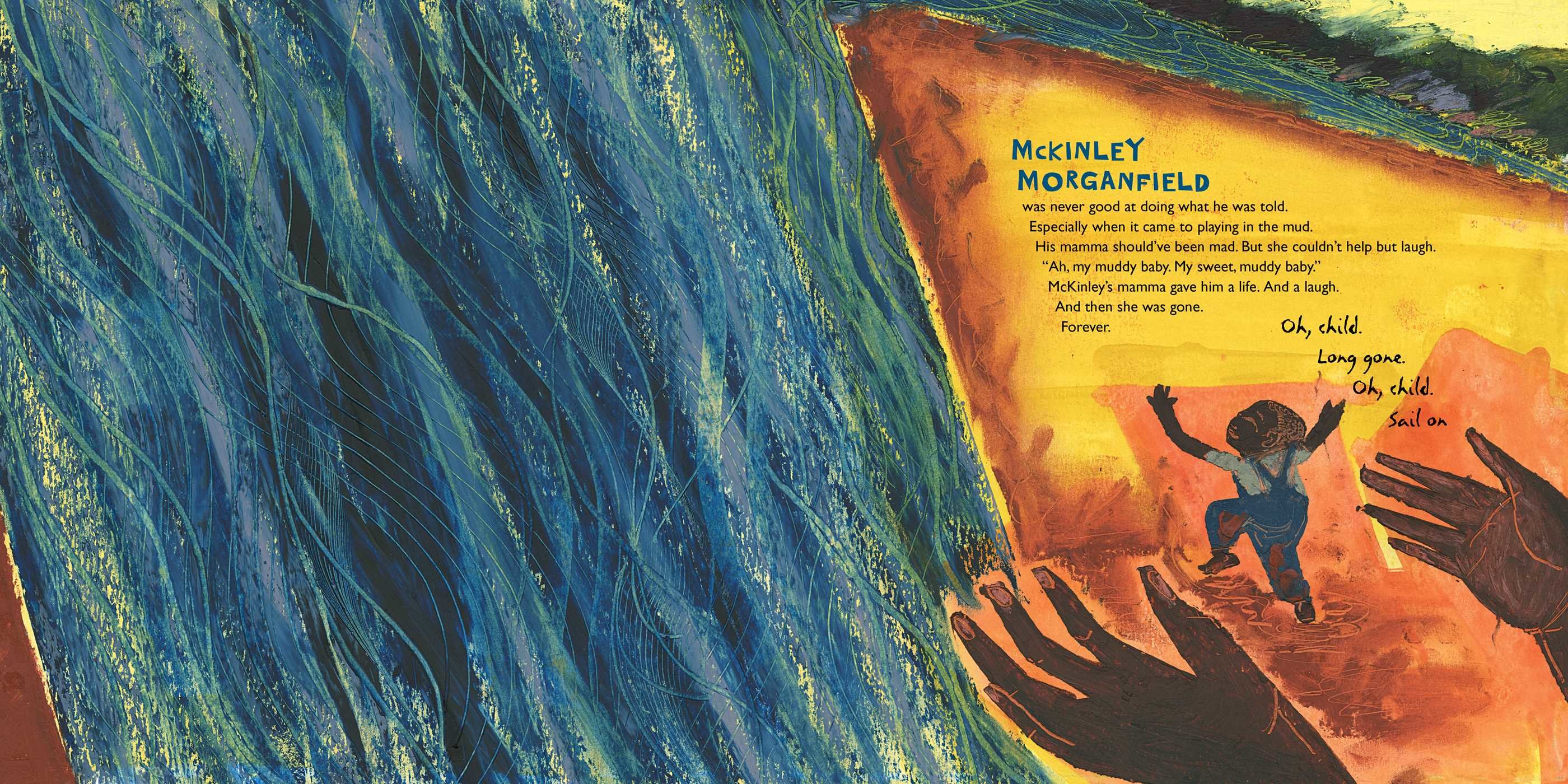 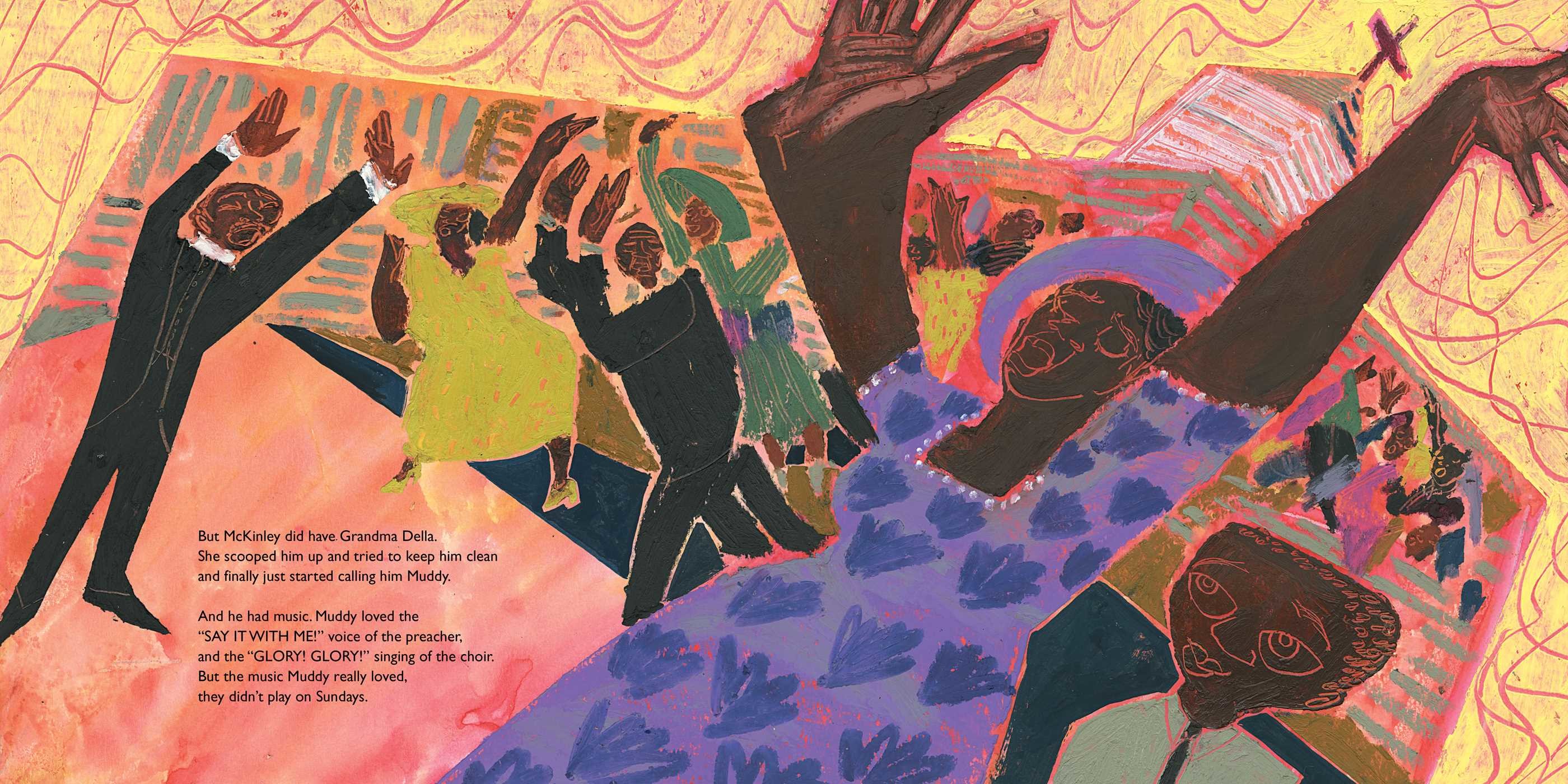 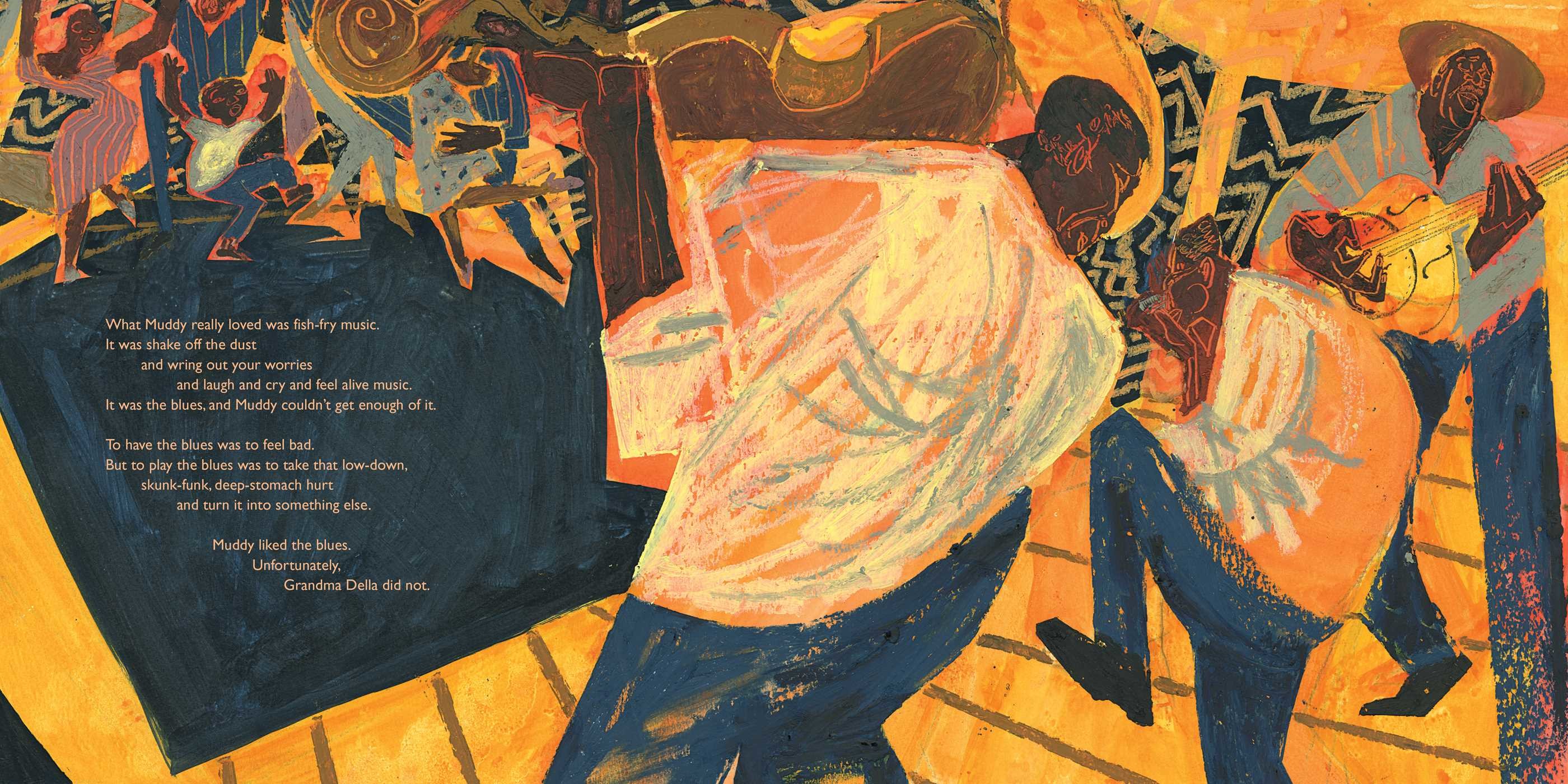 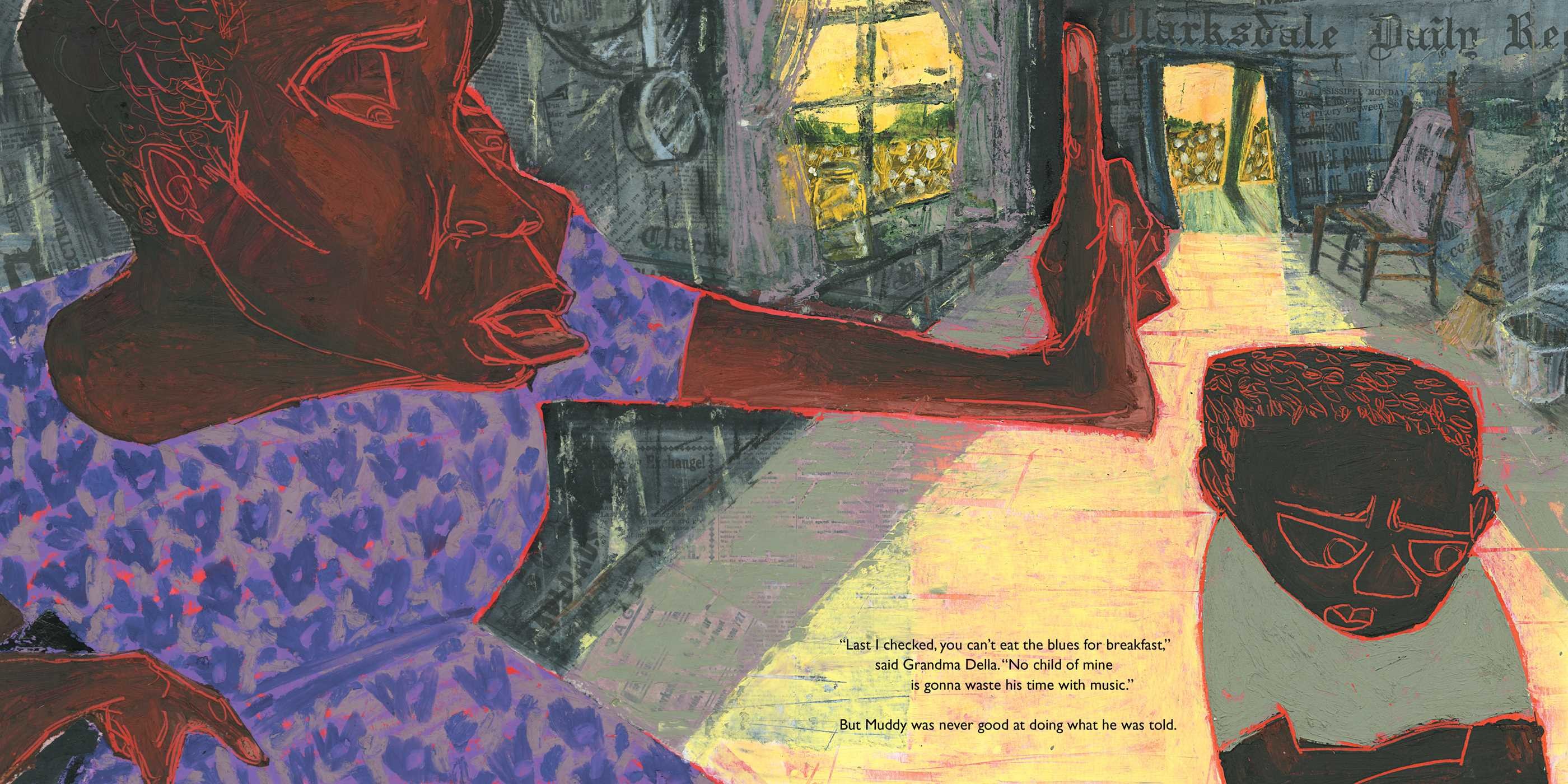 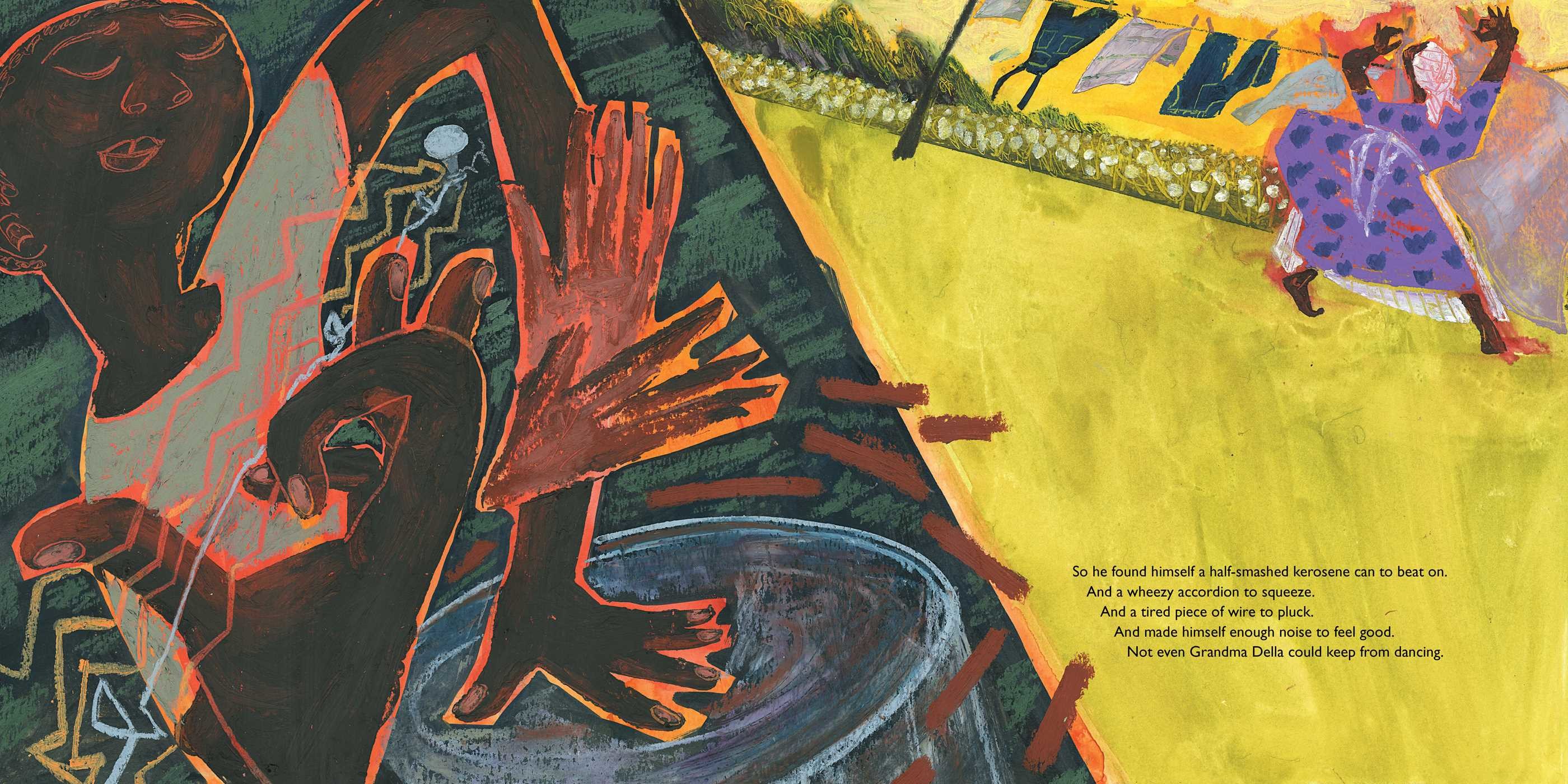 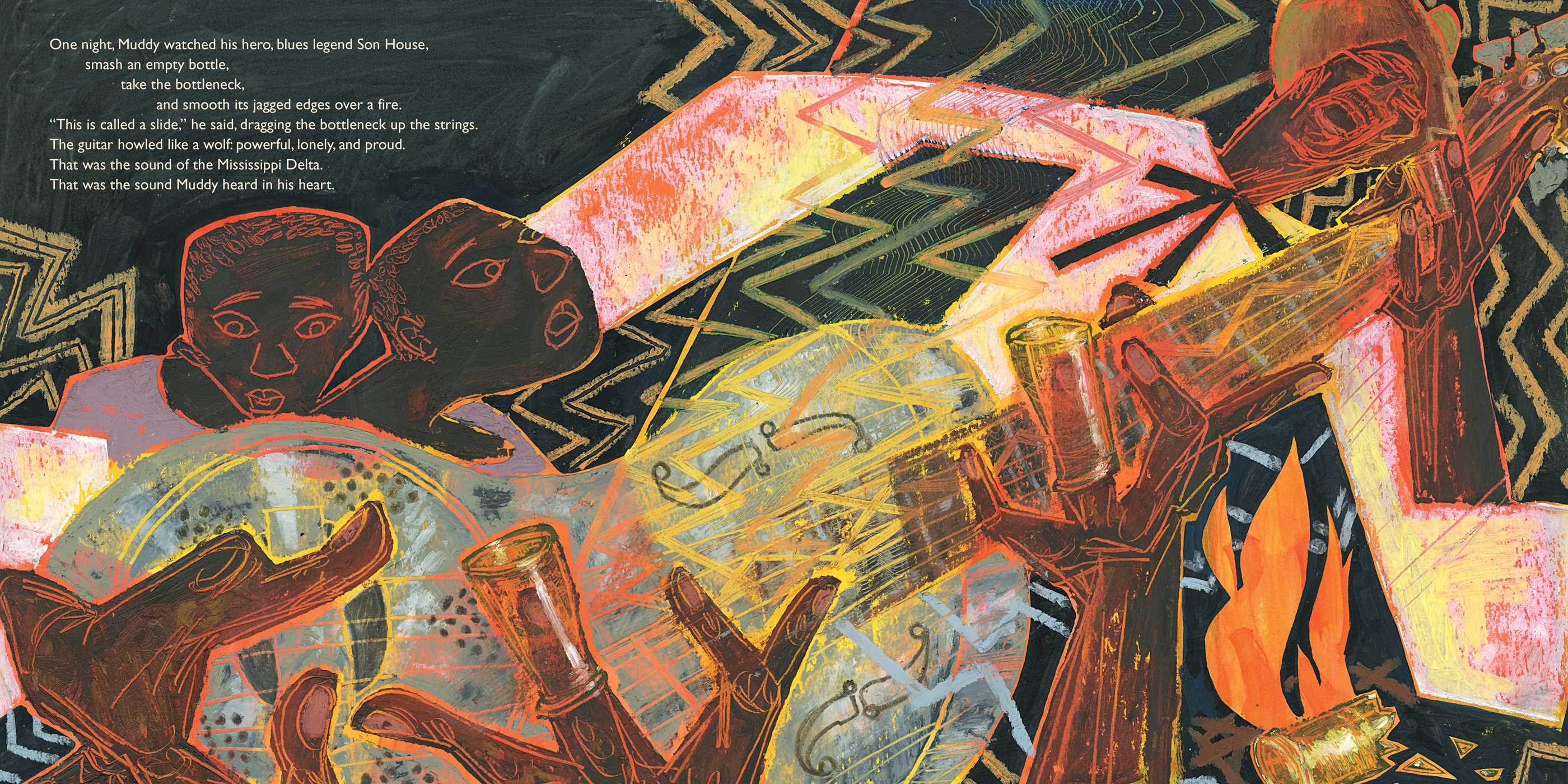 A picture book celebration of the indomitable Muddy Waters, a blues musician whose fierce and electric sound laid the groundwork for what would become rock and roll.

Muddy Waters was never good at doing what he was told. When Grandma Della said the blues wouldn’t put food on the table, Muddy didn’t listen. And when record producers told him no one wanted to listen to a country boy playing country blues, Muddy ignored them as well. This tenacious streak carried Muddy from the hardscrabble fields of Mississippi to the smoky juke joints of Chicago and finally to a recording studio where a landmark record was made. 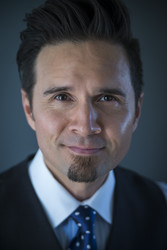 Michael Mahin has loved music since his grandmother gave him his first piano lesson at the age of five. Like Carlos Santana, he believes that music fills the world with magic and love and feeling and healing. He is the author of Muddy: The Story of Blues Legend Muddy Waters and enjoys writing books about people who use their creativity to make the world a better place. He lives in San Diego, California, with his wife, two kids, and several guitars he wishes he played better. Visit him at MichaelMahin.com. 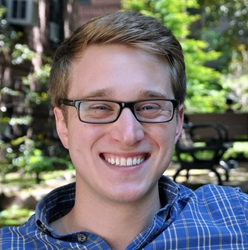 Evan Turk is an Ezra Jack Keats Award–winning illustrator, author, and animator. He is the author-illustrator of The Storyteller, Heartbeat, You Are Home: An Ode to the National Parks, and A Thousand Glass Flowers and the illustrator of Muddy: The Story of Blues Legend Muddy Waters, which was a New York Times Best Illustrated Children’s Book; Grandfather Gandhi; and its companion Be the Change. Originally from Colorado, Evan now lives in the Hudson River Valley with his husband and two cats. He is a graduate of Parsons School of Design. Visit him at EvanTurk.com.

* "The words and pictures here mix exuberance with melancholy. Mahin’s words have a beat all their own, capturing the lows and highs with poetic verve. Turk’s watercolor, ink, and collage artwork fills pages, exploding with a neon intensity—the equivalent of a dynamic guitar riff . . . Read the book, then get kids the music.”

“Lyrically told with a lilting cadence by debut author Mahin. . . . Turk’s mixed-media illustrations leap off the page. . . . The soul of the blues sings out through the pages.”

“Like Waters’s music after landing in the Windy City, Turk’s artwork is electric—wild strokes of marker and oil pastel vibrate with energy. And Mahin’s equally vivid writing will almost certainly send readers after Waters’s catalogue.”

* “Turk’s mixed-media and collage artwork roils with waves of darkness and explosive color, even as it models compositional control, and Muddy is always defined with an electric hue that keeps him in sharp focus. . . .  Mahin’s lyricism and rolling cadence make the text a readaloud delight.”