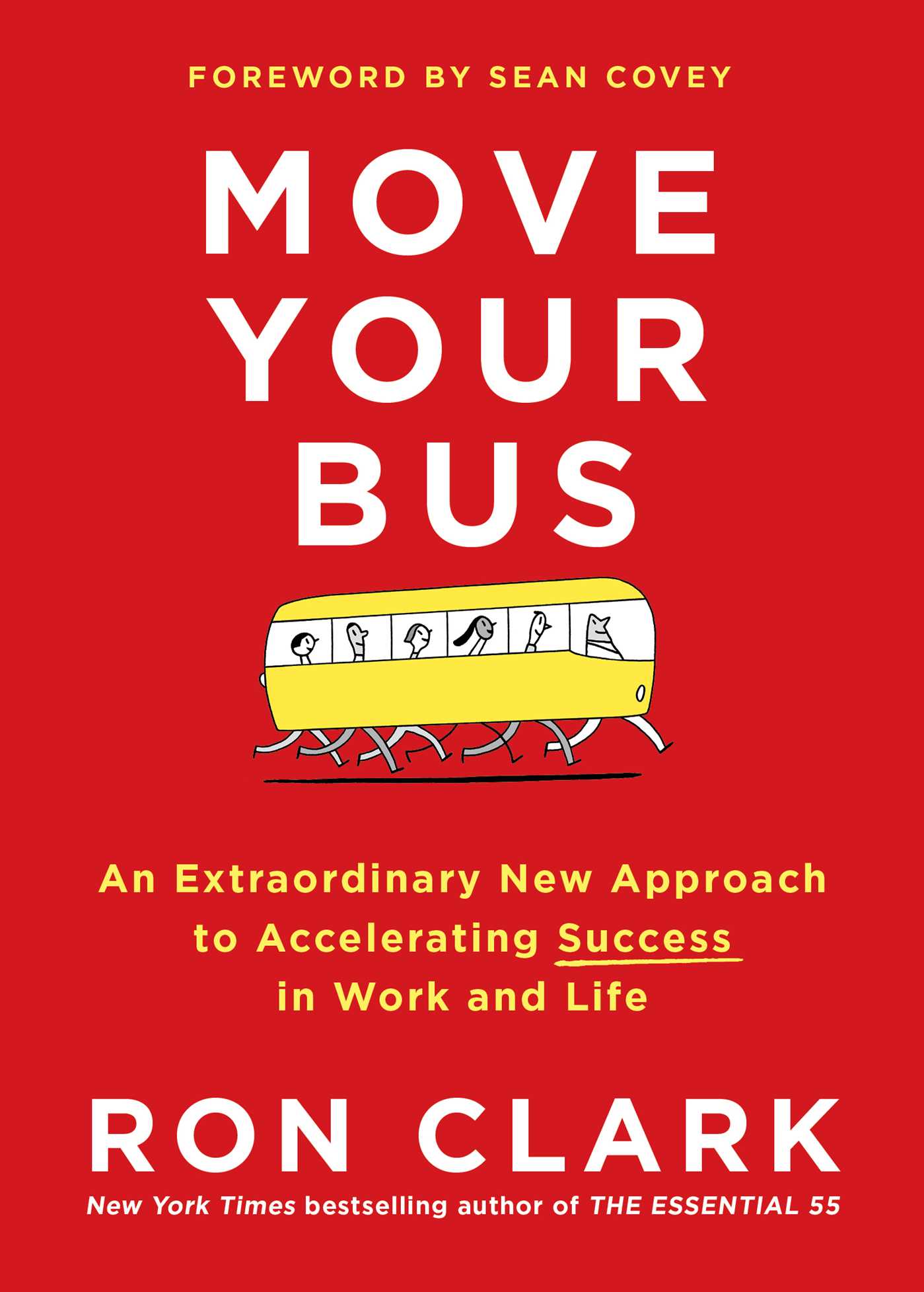 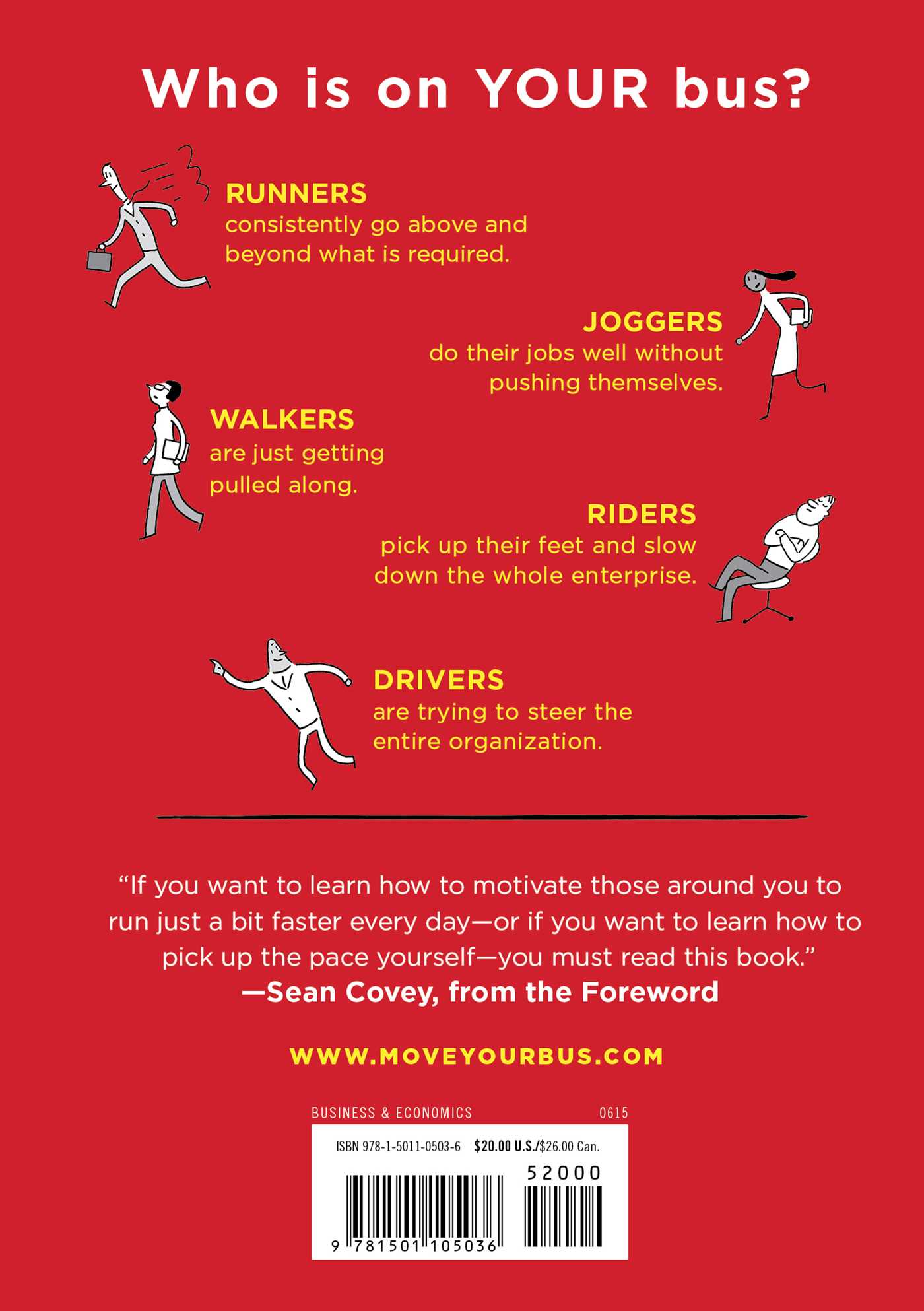 An Extraordinary New Approach to Accelerating Success in Work and Life

By Ron Clark
LIST PRICE $23.99
PRICE MAY VARY BY RETAILER

New York Times bestselling author and award-winning educator Ron Clark applies his successful leadership principles to the business world in this effective and accessible guidebook, perfect for any manager looking to inspire and motivate his or her team. Includes a foreword by bestselling author and FranklinCovey executive Sean Covey.

Teamwork is crucial to the success of any business, and as acclaimed author and speaker Ron Clark illustrates, the members of any team are the key to unlocking success. Imagine a company as a bus filled with people who either help or hinder a team’s ability to move it forward: drivers (who steer the organization), runners (who consistently go above and beyond for the good of the organization), joggers (who do their jobs without pushing themselves), walkers (who are just getting pulled along), and riders (who hinder success and drag the team down). It’s the team leader’s job to recognize how members fall into these categories, encourage them to keep the “bus” moving by working together, and know when it’s time to kick the riders off.

In the tradition of Who Moved My Cheese? and Fish!, Move Your Bus is an accessible and uplifting business parable that illustrates Clark’s expert strategies to maximize the performance of each member of a team. These easy to implement techniques will inspire employees and team leaders alike to work harder and smarter and drive the organization to succeed.


Rufus is one of the many people pulling that bus. Every day he arrives at the bus depot bright and early, ready to shift into high gear and run like the wind to keep the bus moving forward. As one of those people with a real need for speed, Rufus loves the momentum, the exhilaration of the wind on his face, and the thrill of passing every other bus on the road. Yet, it isn’t so much that he wants to cross the finish line first or beat his own personal best. It is more that Rufus longs to be part of something really special, something out of the ordinary—a bus that could fly, perhaps. Oh, it may sound farfetched to you! But Rufus has plenty of ideas about how to make that happen, and he’s well known on this bus for his passion. Rufus can make things happen, and he has a way to get things done!

Within every type of organization, it is the Runners, like Rufus, who provide the locomotion. These individuals are working as hard as possible, and they essentially carry the load of the bus. They come early or they stay late. They never complain, and they provide a positive spirit. Their work ethic is strong, and their attention to detail is spot on. They are the strongest members of the team, and they are the driving force behind the success of the organization.

Runners are driven by the goal of professional excellence, and they take pride in contributing to a movement or an entity that is top-notch. Their impetus to work hard is often less about their personal accomplishments and more about the good of the organization as a whole. They truly want to see system-wide success, rather than merely reaping individual accolades, raises, promotions, or awards.

Runners don’t let their egos keep them from tackling the task at hand. They just have an attitude of It has to be done, let’s knock it out, let’s do it. I witness this at RCA all the time. For example, recently we were preparing for a big event—a sneak peek of a beautiful new addition to our school. The brand-new women’s restroom in the newly constructed wing was on display and part of the tour we were conducting; it was gorgeously decorated and sparkling clean, so we didn’t want it to be used. But how were we going to make it clear to our guests that the restroom was for viewing only? The easiest way was to make sure all the stalls were locked. One of our teachers, Wade King, said, “I got you.” He’s a phenomenal educator, he’s widely respected, he has been recognized as a District Choice Teacher and Teacher of the Year during his career—and yet he dropped to the floor and was crawling around under all the bathroom stalls to lock the stall doors from the inside. And he was happy to do it! So Runners don’t make excuses, and they don’t feel above basic tasks. They just want things to get done right.

I spend a lot of time in meetings with corporate executives, including our board members and the corporate sponsors who support RCA. Sometimes I sit back and watch, and I notice a certain way that Runners act in meetings—how they make eye contact with the room, how they don’t talk over others. There are some people who know how to lead a meeting so it keeps progressing, and then there are other people who run over other people’s ideas and don’t add anything of value. Runners have a knack of keeping the meetings moving without missing opportunities. They keep it going, keep it focused, and they recognize the good ideas. And when a Runner is attending a meeting without leading it, he doesn’t get in the way of the meeting’s forward momentum.

In any organization, the Runners usually prove themselves quickly, so they tend to move up in whatever hierarchy exists in that particular organization. In the corporate world, a top performer is often asked to supervise—and, hopefully, motivate—others, as a first step up the ladder. It’s an added responsibility, an added chance to shine by helping others boost their own performance. Big corporations tend to have a clearly defined progression with titles that range from supervisor to department manager to director to vice president. And Runners tend to recognize what they need to do to move up to each level. They’re focused, they’re driven, but they’re also able to stand back and observe, to figure out what it takes to move up.

At our school, it works like this. Every week, hundreds of educators come to watch our teachers in action. We are like the circus, where the greatest act gets the biggest tent. We send visiting teachers to the best spots, the most dynamic classrooms. So when you first start out as a teacher at RCA, you have to prove yourself before you’re going to be observed by visitors, or conduct a workshop, or hold court. Our teachers all want those visitors in their classrooms. They are pretty much rabid to have more time with the visiting educators because we all share the goal of making a difference in the lives of others. And the Runners figure out what it will take to make that happen.

Unfortunately, Runners tend to devote so much time to their job that they often neglect their personal lives. It’s important for leaders to keep in mind that even when their Runners seem happy and appear to be thriving at work, they may be dealing with difficult circumstances at home. If you can tell that your Runners are putting their jobs first, then you need to realize that someone else is most certainly being put second—possibly the Runner’s spouse, his friends, or even his children. I have often heard Runners say they feel guilty about spending less time with their own kids in order to contribute to the organization; yet they continue to make the same choice to put their job first. I have also seen Runners neglect their health in their zeal to put the organization first. They eat on the run, go without enough sleep, and often skip their gym appointments in order to sustain their strong work ethic.

As a leader, when you are dealing with these high-achieving Runners, you have to keep in mind the sacrifices they are making. You also have to treat them with some amount of reverence—and by this I mean tempering your criticism and allowing some things to slide, because you don’t want to break the spirit of a Runner. If a Runner’s spirit is broken, he won’t run as fast and, in turn, you will be slowing the entire bus.

And while Runners are indeed the backbone of an organization, they still need support and direction in order to keep up their hectic pace. They may also need some guidance in terms of how to work well with others, particularly their slower colleagues, who may feel some resentment toward them. I have learned a lot about how to manage Runners effectively, and you’ll find strategies to do the same as you read on.

I once worked at a school with a teacher who was incredibly negative, even though her students always had extremely high test scores. She complained constantly and was always bad-mouthing the administration. When I developed the parable of the bus, I thought back to that teacher and wondered how to categorize her. She sure had good outcomes, but her demeanor was that of a pessimist; she certainly didn’t uplift anyone around her. So was she a Runner or a Walker? I finally decided that she was a Runner going in the wrong direction! If you have a high-performing negative force in your organization, that can be even worse than a having a Walker on your team, because that person may be forcing the bus to go backward.

It is very tempting just to let Runners do their thing and pay very little attention to them. After all, they do the most for the organization, they seem to be heading in the right direction, and it’s much more tempting to focus your energies on the problem areas, not the areas where you’re seeing success already. But this is actually not the best strategy for dealing with Runners, as we will find out just ahead. 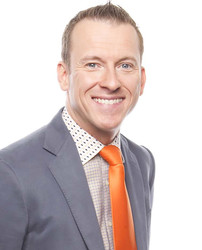 Ron Clark is the New York Times bestselling author of The Essential 55, which has sold more than one million copies in twenty-five different languages. He has been named “American Teacher of the Year” by Disney and was Oprah Winfrey’s pick as her “Phenomenal Man.” He founded The Ron Clark Academy in Atlanta, Georgia, which more than 25,000 educators from around the world have visited to learn about the extraordinary ways that teachers and parents of RCA have helped children achieve great success. Clark has been featured on the Today show and CNN, and his experiences have been turned into the uplifting film, The Ron Clark Story, starring Matthew Perry.

An Extraordinary New Approach to Accelerating Success in Work and Life

By Ron Clark
LIST PRICE $23.99
PRICE MAY VARY BY RETAILER