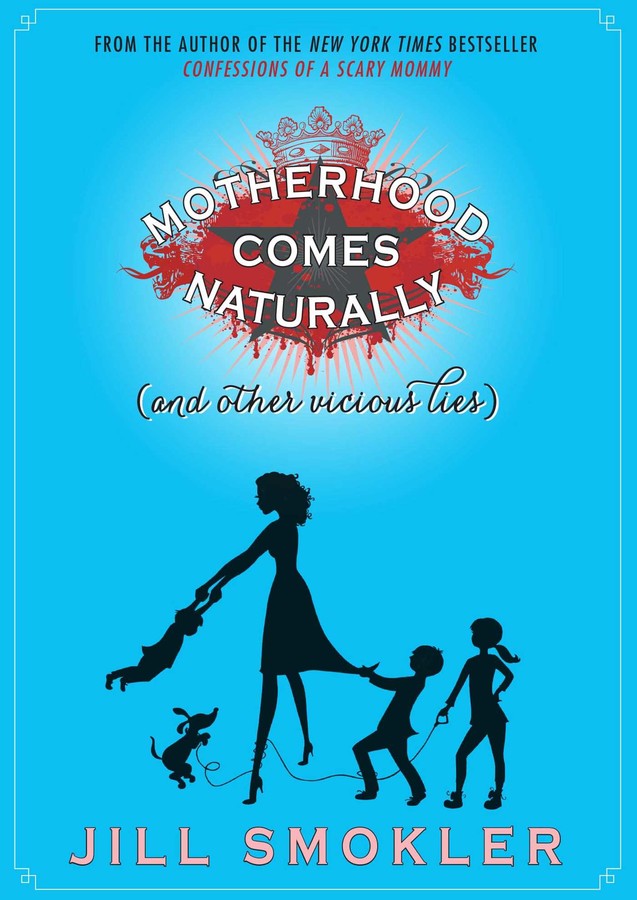 By Jill Smokler
LIST PRICE $12.99
PRICE MAY VARY BY RETAILER

From the New York Times bestselling author of Confessions of a Scary Mommy and the wildly popular blog ScaryMommy.com, a hilarious new essay collection that exposes the “vicious lies” that every parent is told.

Newly pregnant and scared out of her mind, Jill Smokler lay on her gynecologist’s examination table and was told the biggest lie she’d ever heard in her life: “Motherhood is the most natural thing in the world.”

Instead of quelling her nerves like that well intentioned nurse hoped to, Jill was instead set up for future of questioning exactly what DNA strand she was missing that made the whole motherhood experience feel less than natural to her. Wonderful? Yes. Miraculous? Of course. Worthwhile? Without a doubt. But natural? Not so much.

Jill’s first memoir, the New York Times bestseller Confessions of a Scary Mommy, rocketed to national fame with its down and dirty details about life with her three precious bundles of joy. Now Jill returns with all-new essays debunking more than twenty pervasive myths about motherhood. She’s here to give you what few others will dare: The truth.


I am the CEO of a Fortune 500 company. I speak three languages. I have negotiated multimillion-dollar deals without breaking a sweat. However, just thinking about bedtime for my three kids makes me want to vomit.

Once upon a time, I found myself unexpectedly expecting and scared out of my mind. If I clearly wasn’t responsible enough to practice safe sex, it was pretty safe to say that I wasn’t responsible enough to bring a child into the world. A few days after I peed on every kind of stick the drugstore had to offer, I found myself at the gynecologist for further confirmation. As I hyperventilated on the table, flashing back to that night of one too many margaritas, I was consoled by a kind nurse. She was a sweet older woman in faded Dora the Explorer scrubs, with years of experience and wisdom under her belt. “Honey,” she confidently told me in her soothing James Earl Jonesey voice, “motherhood is the most natural thing in the world. You’ll love it.”

That was the first time I ever listened to a grown woman in cartoon-themed hospital scrubs, and the last. She wasn’t all wrong; the latter part of her wisdom has certainly proven to be true. Almost ten years have passed since that day, and I love being a mother like I have never loved anything before in my life. I have three beautiful and hilarious and amazing children whom I would lay down my life for without thinking twice. It is, without a doubt, the best thing that has ever happened to me. But, natural? No, I’m afraid not. Motherhood doesn’t always come all that naturally.

Things that come naturally to me: Food. Sleep. Comfort. Privacy. Basically, all of the things that pregnancy and children have cruelly robbed from me.

Let’s start with pregnancy—not exactly what I would call natural. I spent almost all of my nine months puking my guts out. For the first time in my life, I couldn’t eat what I wanted to eat, since I was being held hostage by this mystery creature who dictated my diet. I craved tuna sandwiches on white bread layered with potato chips, and my normal staple breakfast of Cheerios suddenly made me queasy. The baby I didn’t know prevented me from finding a comfortable position to sleep in and ensured that I ran to the bathroom every three seconds to pee. I had a hard enough time getting used to sharing a bathroom with my husband when we first moved in together. My body—the only thing that was ever mine and all mine—now belonged to someone else. What’s natural about that?

Labor was another extraordinarily unnatural event for me. Sitting in a chair, legs practically over my head, I felt like some sort of freak show contortionist on display for the doctors and nurses. I half expected someone to start making popcorn. I spent much of my time in labor envying those women who sit on a toilet and shit out a baby. Bizarre, sure, but at least they’re alone, in a room where they’re used to expelling things, having gravity work for them rather than against them. That sounds a hell of a lot more natural to me.

Once the baby comes, you’re suddenly supposed to know exactly what is best for the child, as if mother’s intuition arrives along with the onset of breast milk. Guess what? It doesn’t. That first car ride home together felt as natural as me driving a spaceship straight to Mars.

The first few days and weeks home with a baby, I felt more like I was hired to play the role of Mother than actually be a mother. Wasn’t I supposed to have changed overnight, suddenly in possession of all the answers? That’s what I expected, at least, but I remained the same exact person I was before, except now I was responsible for a human being other than myself. I remember a friend telling me that cries were just the baby’s way of communicating and I could decode them if I tried hard enough. Was she hungry? Hot? Cold? Wet? Clearly, I didn’t speak baby because every scream sounded exactly the same to me: like a baby crying.

And it didn’t become more natural with baby number two even if I fooled myself into thinking that I had the hang of things. I didn’t. When Ben was a few months old, he got sick. Not really sick—just a lingering cough, thanks to a minor cold. I’d been through this sort of winter before with Lily, so I knew the drill. Hell, I was an expert by now! He was stuffy but smiley, and I knew in my heart that he was just fine. There was no sinking feeling in my gut and surely, there would be one if it were something serious. A week or two later, I found myself at the doctor’s office for a routine visit. The doctor knew within seconds that something was wrong and that the “minor cold” was now in my baby’s lungs. He was hooked up to oxygen while I sobbed, still not being able to recognize the wheezing sound that everyone else seemed to identify simply by looking at him.

Then, there was the time Lily fell off of a bunk bed, and I was 100 percent sure her wails were nothing more than a performance. Her arm didn’t look broken in the least, and she’s always been one to seek attention. Mother knows best, kid. Stop your crying! I gave her some Tylenol and put her to bed. When she woke up, her arm had swelled to twice its normal size and she couldn’t move it without tears springing to her eyes. I’m quite sure that the only reason they started making obnoxiously fluorescent casts was to remind mothers like me just how poor our intuition can be. In my case, it was an eight-week reminder of how very much I sucked.

After nine years of motherhood, I still don’t have that sixth sense concerning my children. I keep them home from school when it’s clear an hour later that they simply didn’t feel like going, and I send them with the sniffles only to have the school nurse instruct me to retrieve them shortly after drop off. It still doesn’t dawn on me to feed them breakfast unless they ask for it and I never remember to tell them to hit the potty before we depart on road trips.

The good news is that, unlike when they were babies and the cries were indistinguishable, these days my kids tell me exactly what they need, when they need it. Lord knows, I need all the help I can get. The bad news? Now they never shut up.

MOMMY’S LAW: The inevitable fact that only clean sheets will be wet, that fully snow-suited children will need to pee, and that the moment you sit down with a cup of coffee, all hell will break lose.

MOMLUSIONAL: Convincing oneself that the possibility of a restful sleep actually exists.

MSP (MATERNAL SENSORY PERCEPTION): Knowing from the very first ring of the phone that it’s school calling to report a sick child.

MOMFLEX: The act of instinctively squeezing one’s legs together while sneezing/coughing/laughing in an attempt to prevent inevitable bladder leakage.

MOM SLEEVES: Sleeves that have been rolled up to the elbow, to serve as tissues to snotty children.

MOMSONIC HEARING: Knowing exactly which child is coming down the stairs, based on their pace and stomp intensity.

MOMMY-TASKING: The ability to do a hundred times more at once than a nonmother.

MOMNESIA: The act of forgetting where you put your keys, your sunglasses, your purse, your shoes, while simultaneously knowing the details of each child’s schedule down to the minute.

MOMPIPHANY: The realization that you have no idea whatsoever what the hell you are doing. 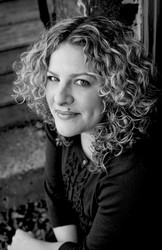 Jill Smokler is a New York Times bestselling author and domestic satirist whose candor about marriage and parenting has made her an unlikely hero among a new generation of women. She holds a degree in graphic design and psychology from Washington University in St. Louis and has three children. Married to her college sweetheart, she and her family live in downtown Baltimore.

By Jill Smokler
LIST PRICE $12.99
PRICE MAY VARY BY RETAILER