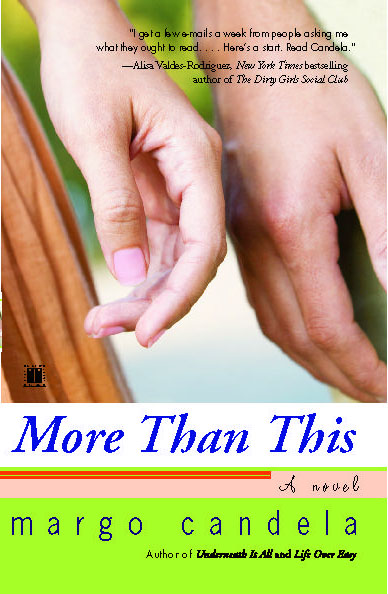 By Margo Candela
LIST PRICE $15.99
PRICE MAY VARY BY RETAILER

Sometimes what we have is not enough.

She doesn't know his name and he doesn't know hers, but they just might be perfect for each other. Alexander Velazquez, an ambitious lawyer from a working-class neighborhood, and Evelyn Sinclair, a daughter of privilege trying to make it on her own, are strangers living parallel yet very different lives. Alex finds himself deeply entrenched in the life of an unredeemable client, and Evelyn realizes she's committed herself to a company with questionable ethics.

They are both brokenhearted workaholics constantly trying to keep up with the demands of family and friends. What they both want is to find meaning in their lives; what they're doing is looking in the wrong directions. As they watch each other through their office windows, all they can do is wonder about what might happen if they took a chance on the stranger across the street.

By clicking 'Sign me up' I acknowledge that I have read and agree to the privacy policy and terms of use. Free ebook offer available to NEW US subscribers only. Offer redeemable at Simon & Schuster's ebook fulfillment partner. Must redeem within 90 days. See full terms and conditions and this month's choices.
After living in Paris for a year, Evelyn Reed-Sinclair returns home to San Francisco nursing a broken heart. An heiress to a coffee and tea empire, she has no desire to participate in the highsociety, party-hopping lifestyle in which her younger sister revels. And when a mix-up leads to a job at a struggling dot com company, Evelyn keeps mum about her true identity and joins the nine-to-five workforce.
Meanwhile, Alexander Velasquez, an ambitious lawyer from a working-class San Francisco neighborhood, signs on with a posh law firm. His defense of a rich, conniving widow (who has designs on more than his legal skills) brings him into conflict with his labor activist father and ultimately leads him to question his professional path.
As Evelyn and Alexander endeavor to sort out their lives, they become attracted to each other...from a distance. A series of near meetings and missed connections -- and occasionally peeping into each other's offices with binoculars -- brings them ever closer, but neither one is willing to take the next step.
Told in alternating narratives from Evelyn and Alexander's points of view, More Than This is a wise and witty story that asks: Can two people who have never exchanged even a single word fall in love?
For Discusson
1. More Than This opens with Evelyn and Alexander each ending a romantic relationship. What is your initial impression of both characters? Why is each one compelled to return home to San Francisco after their breakups?
2. What are your thoughts on the novel's structure -- the alternating narratives told from Evelyn and Alexander's perspectives -- as well as the fact that the two main characters are romantically linked and yet never meet?
3. Discuss the overall theme of secrecy in the novel. Evelyn kept her identity a secret in Paris, posing as a struggling art student, and she keeps quiet about who she really is while working at UGotIt.com. Why does Evelyn hide behind different personas? What did she achieve by moving to Paris, which she described as an attempt "to try to escape" (page 16) herself?
4. "It makes me wonder what [women] see in me," Alexander muses. "I'm no poet or philosopher or even that considerate" (page 132). What makes Alexander so attractive to the opposite sex? Is it merely his looks? In contrast to Alexander, who is described as looking like a Mexican JFK, Jr., Evelyn has struggled with her appearance. Discuss Evelyn's self-image. In what ways did her life change after she lost a significant amount of weight?
5. What motivates Evelyn to work at UGotIt.com? If, as she told James, she wants to "make it on my own" (page 153), why is she working for no pay?
6. Alexander and Evelyn have each built up an image of the other based on chance encounters, fleeting looks, press accounts, and a few instances of spying through office windows. How accurate are their assessments of each other? Is it possible to fall in love with someone with whom you've never exchanged a word? Could a relationship between the two of them work? Why or why not? Why do both Evelyn and Alexander refer to their preoccupation with each other as a "healthy relationship"? Why is neither one willing to make the first move and orchestrate a meeting?
7. Evelyn and Tannin are opposites in looks and personality. How does each one view their upbringing and lifestyle? Why does Evelyn struggle with what Tannin accepts?
8. Discuss Alexander's relationship with his family and in particular with his father. "Even when it's in my best interest, the more he says I can't or shouldn't, the more I want to do whatever it is he's taken a stand against," Alexander says (page 187). Is he really as different from his father as he thinks he is? How so?
9. Alexander knows that by leaving the courtroom in the middle of Candace's hearing he'll likely be forfeiting his job at Williams, Heller, Lincoln. Why does he decide to walk out anyway?
10. How does the book's title apply to the characters in the story? What "more than this" is each one searching for, and do they find it?
11. Discuss the novel's ending. What do you imagine the future holds for Evelyn and Alexander -- personally, professionally, and romantically?
Enhance Your Book Club
1. In a nod to Alexander's heritage, dine at a Mexican restaurant for your book club discussion of More Than This or serve a meal similar to the one his family enjoys in the novel -- chili con carne, homemade flour tortillas, rice and beans. Recipes for Mexican cuisine are available at www.allrecipes.com and www.recipezaar.com.
2. Brew up some tea, Evelyn's drink of choice, and serve it in style in a china teapot and cups. One hundred and fifty varieties of loose tea can be found at www.theteatable.com.
3. Have each member bring a gift-wrapped copy of a novel by Jane Austen or the Brontë sisters, Evelyn's favorite writers. Take turns picking from the wrapped copies, and everyone will leave with a surprise classic to read. 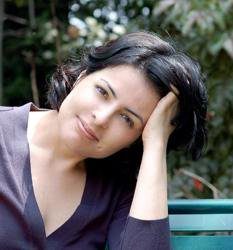 Margo Candela has made a name for herself with her debut novel, Underneath It All, followed by Life Over Easy. Margo was born and raised in East LA and studied journalism in San Francisco. She lives in Culver City, California. Visit her at www.margocandela.com.

"A thoroughly captivating novel filled with warmth, wit, and style. I kept turning the pages until there were none left." --Karen Quinn, author of Wife in the Fast Lane and The Ivy Chronicles

Life is full of opportunities. Don't miss yours to read More Than This. It will make you believe in destiny!" --Lara Rios, author of Becoming Americana

"Margo Candela's writing is smart, engaging and laugh-out-loud funny. In More Than This she has created a vibrant and colorful cast of characters you won't soon forget." --Wendy Nelson Tokunaga, author of Midori By Moonlight

"More Than This should come with a warning label: Careful, contents will keep you up all night and will stay with you weeks on after." --Mary Castillo, author of Switchcraft

By Margo Candela
LIST PRICE $15.99
PRICE MAY VARY BY RETAILER