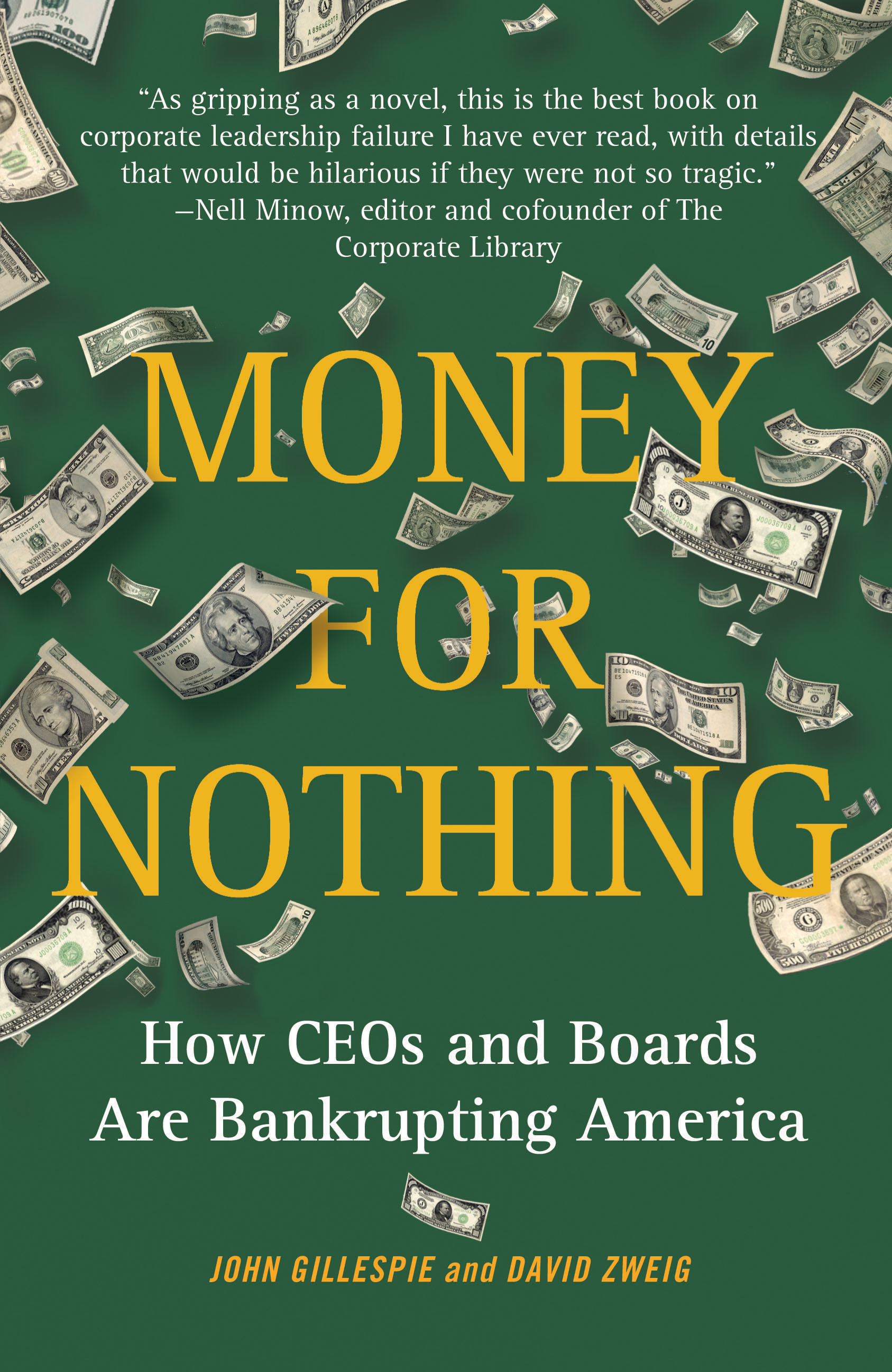 How CEOs and Boards Enrich Themselves While Bankrupting America

By John Gillespie and David Zweig
LIST PRICE $15.99
PRICE MAY VARY BY RETAILER

A Bank of America director questioned the CEO's $76 million pay package in a year when the bank was laying off 12,600 workers and found herself dropped from the board without notice a few months later.

According to their employment agreements -- approved by boards -- 96 percent of large company CEOs have guarantees that do not allow them to be fired "for cause" for unsatisfactory performance, which means they can walk away with huge payouts, and 49 percent cannot be fired even for breaking the law by failing in their fiduciary duties to shareholders.

The General Motors board gave CEO Rick Wagoner a 64 percent pay raise -- to $15.7 million -- in 2007, when the company lost $38.7 billion. The company went bankrupt two years later at a cost of $52 billion to shareholders and another $13.4 billion to all taxpayers.

If you own stock -- and 57 million U.S. households do -- every cent of these outrages comes out of your pocket, thanks to boards of directors who are supposed to represent your interests. Every customer, employee, and taxpayer is also being hurt and American business is being imperiled. In the most recent economic collapse, almost all attention has focused on the greed, recklessness, or incompetence of CEOs rather than the negligence of boards, who ought to be held equally, if not more, accountable because the CEOs theoretically work for them. But the world of boards has become an entrenched insiders' club -- virtually free of accountability or personal liability. Too often, corporate boards act as enabling lapdogs rather than trustworthy watchdogs, costing us trillions.

Money for Nothing exposes the glaring flaws in this dysfunctional system, including directors who are selected by the CEOs they are meant to hold accountable; compensation consultants who legitimize outrageous pay; accountants and attorneys who see no evil; legal vote buying; rampant conflicts of interest; and much more.

Using their extensive original reporting and interviews with high-level insiders, John Gillespie and David Zweig -- both Harvard MBAs with thirty-plus years of Fortune 100 experience at investment banks and media companies -- expose what happened, or failed to happen, in the boardrooms of companies such as Lehman Brothers, General Motors, Bear Stearns, and Countrywide and how it has resulted in so much financial devastation. They reveal how the byzantine yet indestructible web of power and money has brought on collapse after collapse, with fig-leaf reforms that feebly anticipate last year's scandal, but never next year's.

Money for Nothing shows how the game is played, and how you can help to demand real change in a badly broken system. 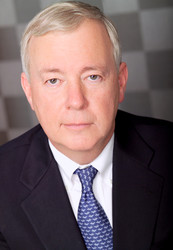 John Gillespie was an investment banker for eighteen years with Lehman Brothers, Morgan Stanley, and Bear Stearns and was the CFO of a nationwide health care company with 24,000 employees. He is married to New Yorker writer Susan Orlean. 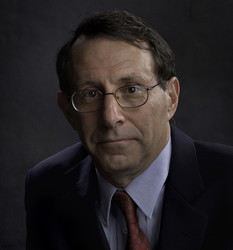 David Zweig has worked at Time Inc. and Dow Jones and co-founded Salon.com. He was most recently senior editor of the , an international research and education institute dedicated to promoting responsibility in business. He currently consults on improving the performance of executive groups.

“…rich with unfortunate detail… the subject is truly anger-inducing, and rest assured Money for Nothing will make you angry (or reinforce your existing anger) about the current state of corporate governance.” — Business Ethics

How CEOs and Boards Enrich Themselves While Bankrupting America

By John Gillespie and David Zweig
LIST PRICE $15.99
PRICE MAY VARY BY RETAILER