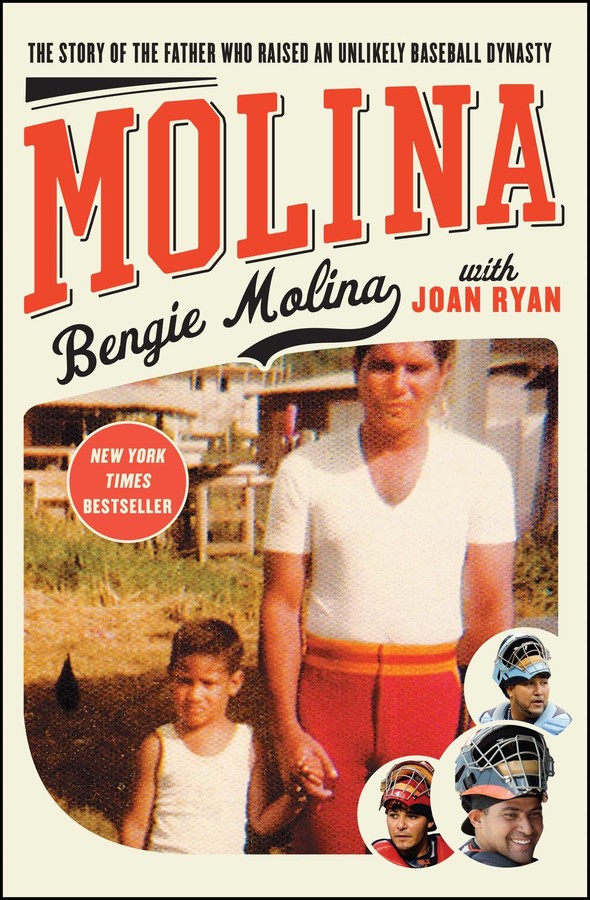 The Story of the Father Who Raised an Unlikely Baseball Dynasty

“An ideal Father’s Day present...It’s this year’s baseball book most likely to be made into a terrific movie.” —The Chicago Tribune

A baseball rules book. A tape measure. A lottery ticket.

Benjamin José "Bengie" Molina is a former Major League Baseball catcher who has played for the Anaheim Angels, the Toronto Blue Jays, and the San Francisco Giants. His brothers, Yadier and José, are also major league catchers. Bengie holds two World Championship rings, and two Gold Glove Awards. He is now the first base coach and catching instructor for the Texas Rangers.

"For three brothers to make it to the big leagues, to all play the same demanding position, and to appear, between them, in eight World Series to date is remarkable enough. What is just as remarkable is the backstory—the family, especially the parents, who made Yadier, Bengie, and José Molina the ballplayers and men they became." —Bob Costas

"If Molina was just a baseball book explaining how a small town in Puerto Rico produced a historic set of three brothers who became Major League catchers and earned six World Series championships, it would still be a terrific read. The reality is that Molina is that and much more: it is a great book. Bengie honors his family, especially his Pai and Mai, by describing how their love and support carried him and his brothers through difficult beginnings into legendary careers—Mai taking care of the home front and Pai coaching their physical and mental baseball skills. Throughout the book, wonderful stories are combined with fascinating insights. I have read Molina three times to fully appreciate its many important messages. Molina will touch you on many levels. You will love it." —Tony La Russa

"I've always believed that it takes a village of people to love and nurture a professional athlete into being. The Molinas are the perfect example. They will go down with the Alous, the Boones, the Bells, and others as baseball family royalty. This book is a must-read for all parents who want to teach their children the skills of the game while making sure they know that their skills away from the diamond are just as important." —Ron Darling

"A good baseball story, but an even better story of fathers, sons, and the importance of family.” —Booklist (starred review)

“It's this year's baseball book most likely to be made into a terrific movie. … An ideal Father's Day present." —The Chicago Tribune

The Story of the Father Who Raised an Unlikely Baseball Dynasty