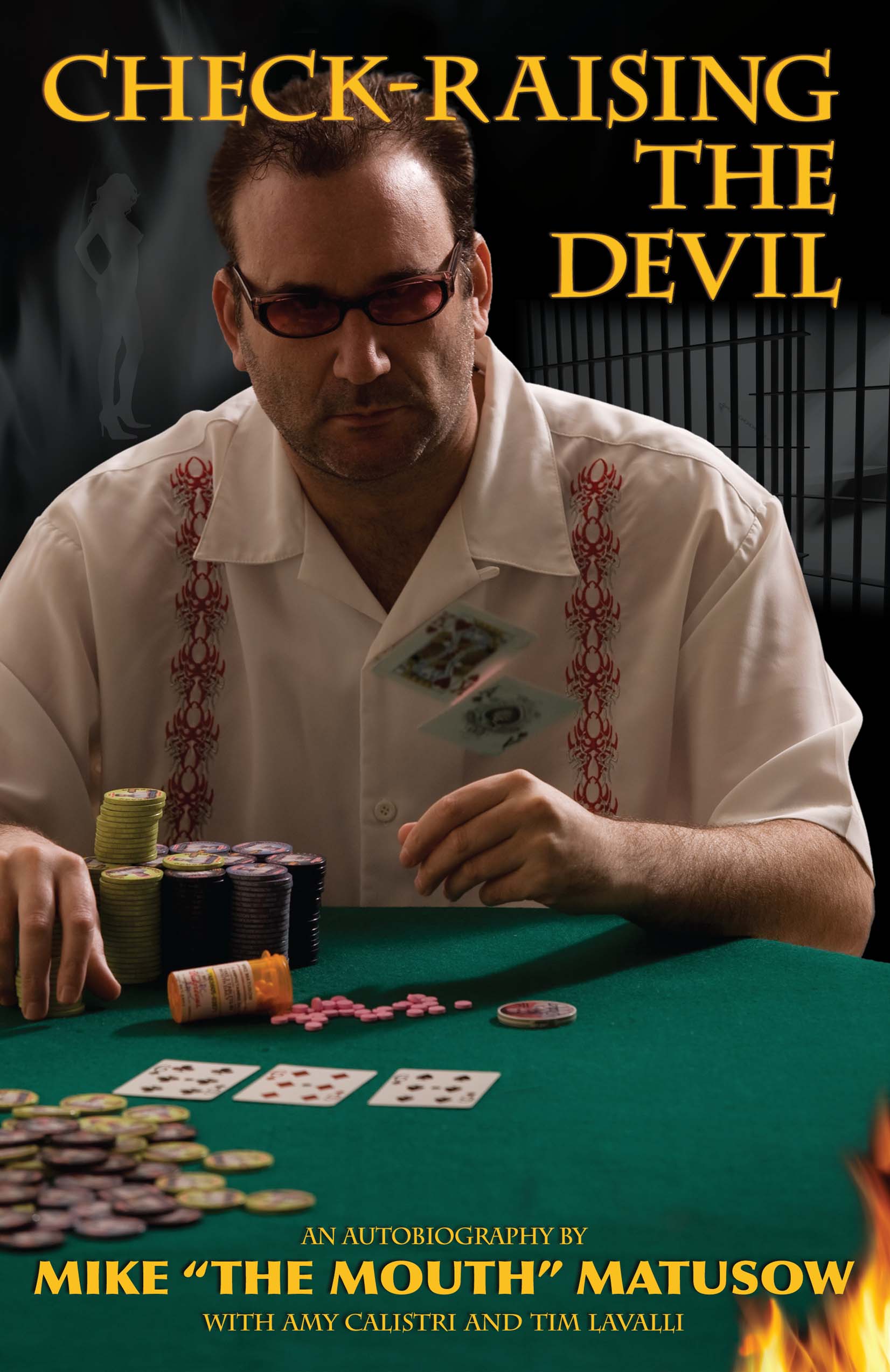 The tumultuous rags to riches, fame to fortune, dream to nightmare autobiography of the most volatile and colorful poker player in the world, fan and media favorite Mike “The Mouth” Matusow. This book has it all: drugs, sex, partying like a rock star, jail, suicidal depression, bipolar bouts and world championship poker.

Mike “The Mouth” Matusow, one of the top professional poker players in the world (with over $6 million in tournament earnings) has become more than just a household name. He’s a favorite among the millions of television viewers who have come to count on his outrageously candid comments, emotional outbursts, and constant taunts that affirm the aptness of his nickname and make for great television theatre. A rags-to-riches success story, Matusow’s life has been as much nightmare as it has been dream. His struggle with undiagnosed bipolar and ADHD disorders led to self-medication with illegal drugs, such as crystal meth and ecstasy, and a tumultuous descent in the drug-fueled Las Vegas club scene. As drug use turned to drug abuse, Matusow’s descent, taking his multi-million dollar bankroll along, went on the downward spiral that led to an arrest for a narcotics buy and the specter of a ten-year prison term (subsequently plea bargained down to a six month jail sentence). The Mouth’s story is a high stakes rollercoaster ride featuring an insider’s view of some of the world’s largest poker tournaments, unbearable depression and suicidal tendencies, the Las Vegas party scene, rock star-like excess, outrageous antics, drug abuse, jail, and, in many ways, salvation. And through the worst of it, Matusow’s phenomenal talent and tenacity prevailed; there was never a year that Mike failed to make a final table in a World Series of Poker event. This memoir is funny, outspoken and brash, while humbly and painfully honest about the highs and lows of poker, life, and the odyssey of overcoming psychological illness in a bastion of pressure and temptation. There is also a foreword by Phil Hellmuth, 11-time World Series of Poker bracelet holder.