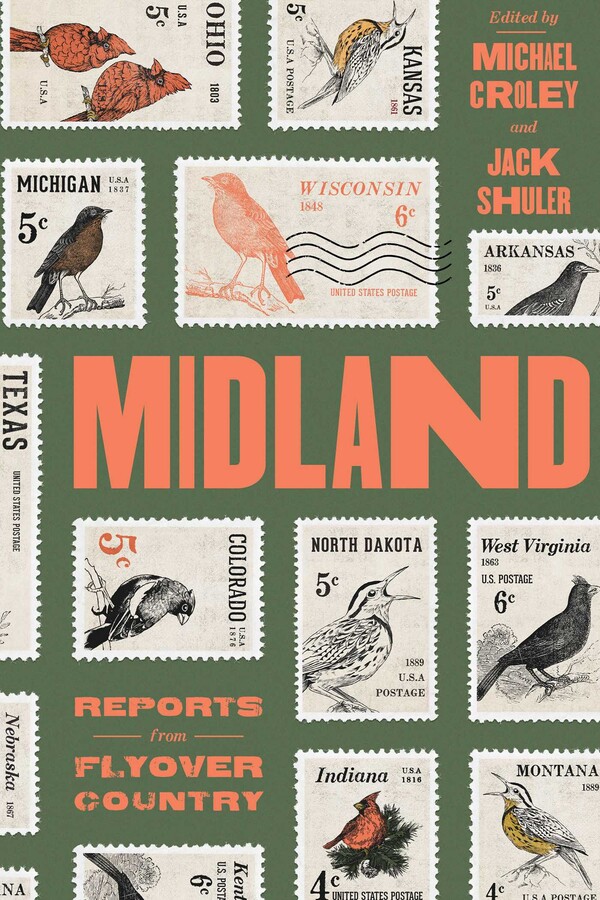 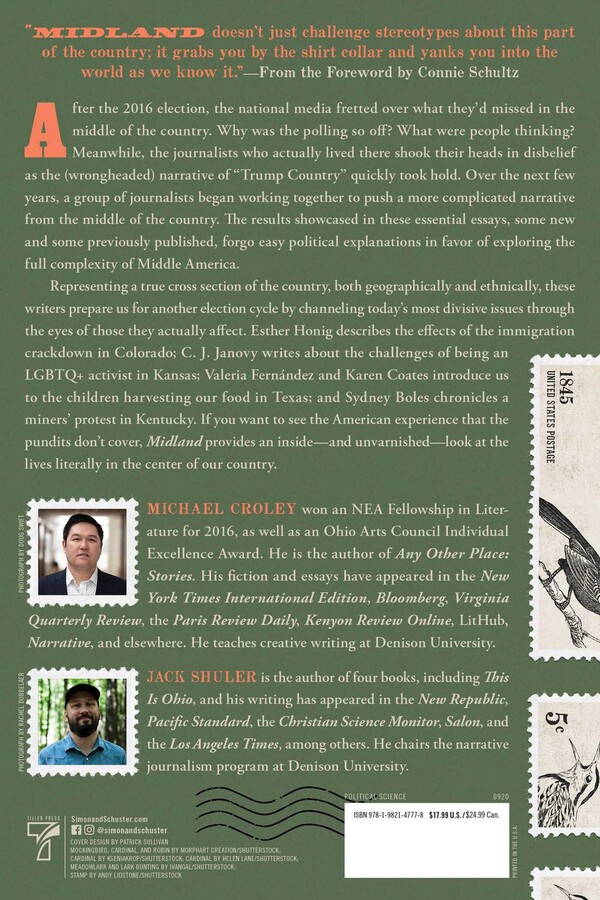 By Michael Croley and Jack Shuler
LIST PRICE $17.99
PRICE MAY VARY BY RETAILER

Leading journalists between the coasts offer perspectives on immigration, drug addiction, climate change, and more that you won’t find in national mainstream media.

After the 2016 presidential election, the national media fretted over what they could have missed in the middle of the country, launching a thousand think pieces about so-called “Trump Country.” Yet in 2020, the polling was way off—again. Journalists between the coasts could only shake their heads at the persistence of the false narratives around the communities where they lived and worked.

Contributor Ted Genoways foresaw how close the election in 2016 would be and, in its aftermath, put out a public call on Facebook, calling on writers from those midland states to help answer the national media’s puzzlement.

Representing a true cross-section of America, both geographically and ethnically, these writers highlight the diversity of the American experience in essays and articles that tell the hidden local truths behind the national headlines. For instance:
-Esther Honig describes the effects of the immigration crackdown in Colorado
-C.J. Janovy writes about the challenges of being an LGBTQ+ activist in Kansas
-Karen Coates and Valeria Fernández show us the children harvesting our food
-And Sydney Boles chronicles a miner’s protest in Kentucky.

For readers willing to look at the American experience that the pundits don’t know about or cover, Midland is an invaluable peek into the hearts and minds of largely unheard Americans.

1. Down River DOWN RIVER Mei-Ling Hopgood
When I was a kid, my hometown of Taylor, Michigan, sat on one of the lowest rungs of the suburban Detroit social hierarchy. We were Down River, southwest of the D, just east of Metro Airport. Outsiders called us (mostly white) trash; we lived in public housing and trailer parks near railroad tracks.

“You come from Taylortucky,” laughed a scuba instructor I met while traveling in Hawaii. Whenever people ripped us, I liked to think I knew my town so much better than they did.

It was true that generations of poor southern families migrated north in search of jobs at auto plants, settling in Taylor and the surrounding Down River communities. Indeed, back in the 1980s, when I was in middle and high school, we were a burnout-friendly kind of place, and proud of it. At the Get and Go across the street from my high school, teens lingered to smoke. In college, we’d use fake IDs to dance in windowless saloons on weedy lots.

I was always aware of how different I was in Down River. My parents were, in fact, white-collar. My dad, who grew up in Taylor, was president of the Michigan Federation of Teachers, and my mother was an elementary school principal. My childhood friends thought we were rich because my father designed and built our house, which sat on two acres of woods.

Some differences were more painful, and back then, I didn’t talk about them much. Taylor’s population then was mostly white, and about 4 percent black. My parents adopted me from Taiwan and my younger brothers from Korea, and I used to joke that we made up three-fourths of the 1 percent Asians in our city. Once people met my brothers and me, they remembered us, for better or worse. My teachers always recalled our faces, names, and how well we did in school. My ear was tuned to the hisses of “ching, chang, chung,” and screams of “Go back to China!” from rusting Ford Mustangs. The signs outside the United Auto Workers parking lots read “Made in the USA Only.” The signs—and the people who put them up—were talking about cars. But sometimes I wondered if they wanted to keep people like me out.

Over time I have come to believe being raised in a gritty place like Taylor made me tougher and more resilient. Many more people showed me love than hate.

My life there was the springboard from which I leapt into the world, ending up in places as far-flung as Argentina and Taiwan. Great math teachers helped me ace calculus, and my journalism teacher helped me shape a career. I was valedictorian and class president. And union scholarships helped me pay my way through college. Friends from high school eagerly celebrated my success as a writer.

But the thing about racism is that it bleeds onto and stains everything it touches. Those marks change the fabric of who you are and how you view the world, even when you think you have moved on.

When I worked as a reporter for the Detroit Free Press in the 1990s, I lived in Troy, Royal Oak, Ann Arbor—communities where people seemed smarter, richer, and slightly more diverse. Yet people still made fun of where I was from. I lived in different states and countries; built a life, learned languages, evolved how I felt about race, culture, and identity.

Meanwhile, Taylor changed. Most of the people I hung out with moved away. The population dropped from almost 78,000 when I was in high school to an estimated 61,000 in 2019, according to the census. The city’s leaders—including my father, who passed away in 2002—built a more economically diverse city, a nice golf course, and small, new clusters of modern homes on once-vacant lots. Today, the city is 72 percent white, 17 percent black, 5 percent Hispanic, and 2 percent Asian.

When my brother ran for Michigan state representative in the 22nd District in 2002, we wondered whether he would use his real name in his campaign. Could a place like Taylor and neighboring Romulus vote for a guy with a Korean name like Hoon-Yung? He went door-to-door, making his case. In the end, he won, and in 2010 was elected state senator, leaving Lansing only when he was term-limited out.

I was relieved that my town had proved me wrong. I also realized that my own adolescent scars still shaped my perception of Taylor. But as it turns out, the people there really could look at Hoon’s accomplishments and platform instead of his race.

My old assumptions reared their head again when my mom told me, during the run-up to the presidential election of 2016, that people in my hometown of Taylor, Michigan, were going for Trump.

“I’m afraid to put up a Hillary sign,” she told me. Once upon a time, my parents filled their front yard with neon political signs during election season. But now she feared someone might vandalize her home.

I was surprised at first. I had known our Detroit suburb as a Democratic stronghold, a hard-core union town where people made and bought cars from General Motors and Ford, and voted a straight blue ticket. Then, it occurred to me that Taylor might, in fact, be just the kind of place that would turn to Donald Trump—for those same reasons.

I’d been gritting my teeth as I read my social media feed. I had vowed not to defriend people for views that contrasted with my own. But the discourse—Trump and his supporters’ references to immigrants as criminals, to people of color as irresponsible—struck at the heart of my deepest sensitivities. I’d spent my childhood fearing people thought these things of me, that behind their smiles they judged me as un-American. I filtered others’ political beliefs through my own pain.

Truth be told, in the years before 2016, I paid scant attention to the politics of my home state, let alone Taylor. But on Election Day, I watched as Trump’s percentage of the vote crept upward in many states, including Michigan, and knew he was headed for victory. I watched as Wayne County teetered from Clinton to Trump and was floored. The city of Detroit would eventually turn the county in Clinton’s favor, but Trump won Michigan by just more than 10,000 votes. The state was key to Trump’s presidency.

I was devastated. And I did exactly what I had sworn I wouldn’t do. I lashed out against one of my sweetest friends from my high school days. During those brutal teenage years, Faith had been loving and supportive while others were cruel. She was soft-spoken, always concerned with how you were, patient and kind. But online, she had led an open charge to rally suburban women for Trump, denying accusations of racism. We had not talked in years. In a state of mourning, my one act of retaliation was to defriend Faith.

In that moment, I believed that Trump won in Taylor because Taylor was racist, and therefore anyone who voted for Trump had to be as well.

Since then, I like to think I’ve made my way back to the belief that most people are more complex than their political views. When I looked at Wayne County’s election results, I saw that even though Trump won in 21 out of 31 precincts in Taylor, Clinton won overall. Whenever I’ve posted, during indignant moments, memories of childhood racism, I receive a wash of sympathy from old friends from Taylor.

We had no idea, they say. We are sorry.

How could you not know? I wonder. But during these times, it is easy to cast people in simple terms—even the people you once knew or currently know well. As a journalist, I try to challenge myself to speak in specifics, not to draw generalizations or tar a group for the behavior of an individual. I tell my students at Northwestern University, who tend to be a liberal lot, that during challenging times, we are forced to reexamine what we believe and who we are. I ask them to lean into the things that make them uncomfortable. I like to think I, personally, have leaned away from, or disproved, the stereotypes imposed on me. I have not always done the same for my hometown, the friends who grew up there, and the people who live there now.

I finally looked at Faith’s public Facebook feed the other day. I noticed that one of the posts I can still see is one celebrating the release of my first book a decade ago, at my launch party. I immediately felt embarrassed for jumping to conclusions, without reaching out, asking her why.

I did not try to understand her journey and who she had become.

Still, calling her would mean I would have to confront regret—for labeling, for lashing out, and for losing touch with people who were once dear to me. I’ve not yet found the energy to reach out. I still like to think I will. 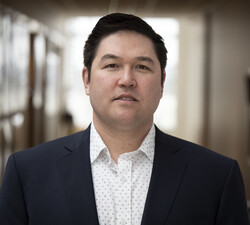 Michael Croley won an NEA Fellowship in Literature for 2016 as well as an Ohio Arts Council Individual Excellence Award. He is the author of Any Other Place: Stories. His fiction and essays have appeared in the International New York Times, Bloomberg, VQR, The Paris Review Daily, Kenyon Review Online, LitHub, Narrative, and elsewhere. He teaches creative writing at Denison University. 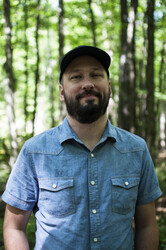 Jack Shuler is the author of four books, including This is Ohio, and his writing has appeared in the The New Republic, Pacific Standard, Christian Science Monitor, Salon, Los Angeles Times, among others. He chairs the Narrative Journalism program at Denison University.

"A nuanced, smart collection that argues that politicians will ignore rural America only at their peril."—Kirkus Reviews

By Michael Croley and Jack Shuler
LIST PRICE $17.99
PRICE MAY VARY BY RETAILER