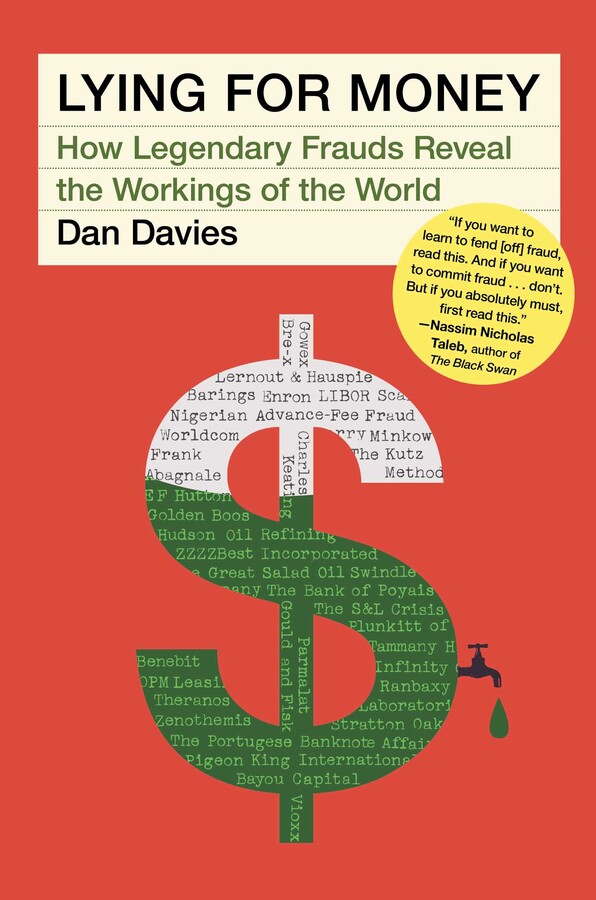 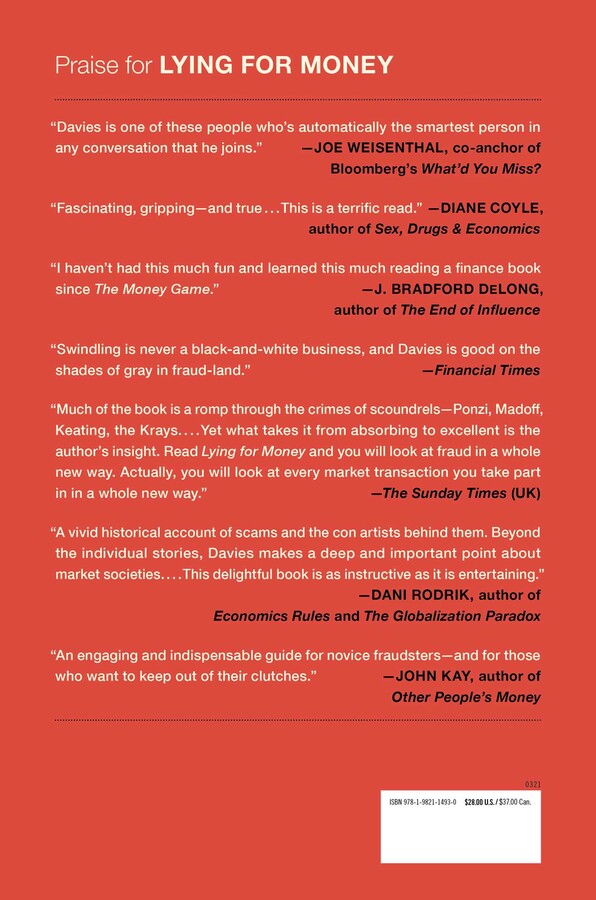 Lying For Money
By Dan Davies
Read by Tim Paige

How Legendary Frauds Reveal the Workings of the World

By Dan Davies
LIST PRICE $28.00
PRICE MAY VARY BY RETAILER

How Legendary Frauds Reveal the Workings of the World

By Dan Davies
LIST PRICE $28.00
PRICE MAY VARY BY RETAILER