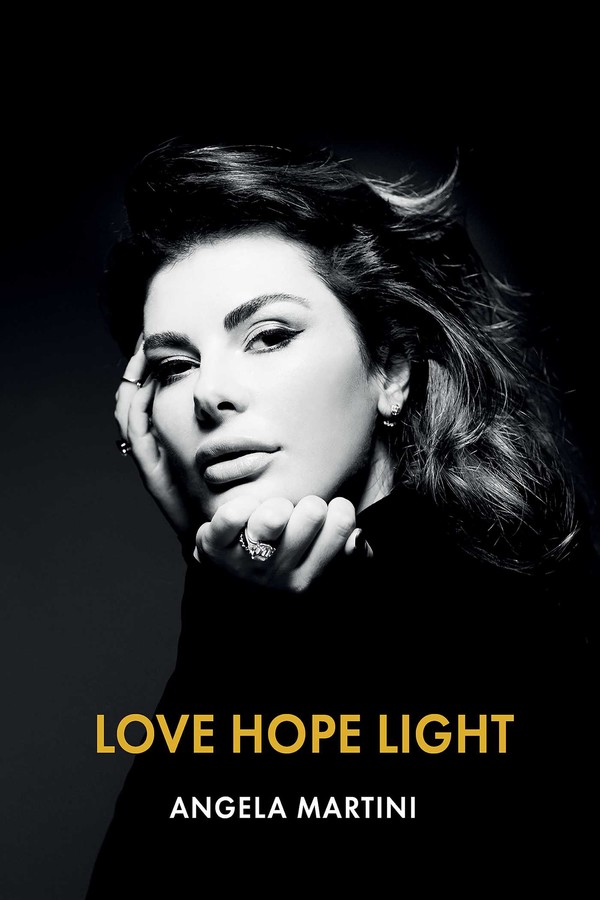 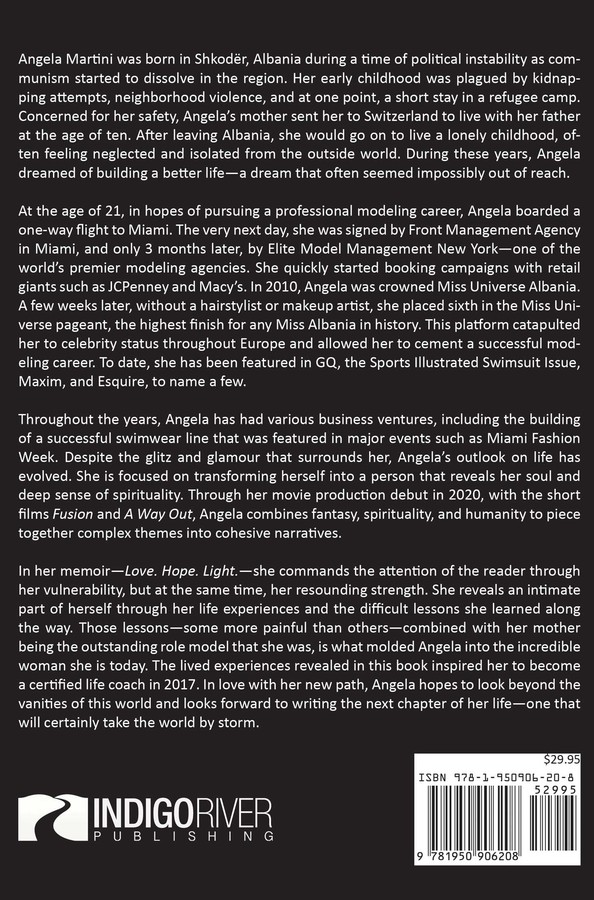 By Angela Martini
LIST PRICE $29.95
PRICE MAY VARY BY RETAILER

As much a tribute to Angela Martini's beloved mother as it is a personal memoir, Love. Hope. Light. is a multigenerational story of tenacity and the resilient power of love and family to overcome adversity.

"My mother’s name is Nexhmije Ibrahimi Nussbaumer, and I am a living testament to her philosophies. Chief among them is her belief that nothing is finished until there is a happy ending—until you reach the light.”

As a young girl growing up in Albania, Angela is insulated from the poverty and rising political tensions in her homeland by her mother’s loving, protective presence. But when Angela is nine years old, a series of events is set in motion that will forever change the course of her life—as well as her mother’s.

Fearing for her daughter’s safety, Angela’s mother, Nexhi, makes the heartrending decision to send Angela to live with her father in Switzerland, where he had fled a few years earlier once Communism began to collapse.

With her characteristic determination and courage, Nexhi overcomes many obstacles to finally reunite with Angela—months later and under much different circumstances than either could have imagined. Her life’s path is changed yet again when she decides to take German-language classes to help her integrate into Swiss culture. A natural and brilliant teacher, Nexhi then uses her hard-won knowledge to help other displaced women learn the language, in turn bolstering their confidence and emboldening them to start over and make new lives for themselves and their families.

Reflecting on the lessons of her childhood and the wonderful example set before her, Angela is inspired by her mother’s efforts to bridge the divide between cultures, a lifetime of work that will have a lasting legacy, and by her abiding belief in love despite being married three times—twice to the same man!

As much a tribute to the author’s beloved mother as it is a personal memoir, Love. Hope. Light. is a multigenerational story of tenacity and the resilient power of love and family to overcome adversity.

What Have I Done?

A Means to An End
Angela Martini

Angela Martini was born in Shkoder, Albania during a time of political instability as communism started to dissolve in the region. Her early childhood was plagued by kidnapping attempts, neighborhood violence, and at one point, a short stay in a refugee camp. Concerned for her safety, Angela's mother sent her to Switzerland to live with her father at the age of ten. After leaving Albania, she would go on to live a lonely childhood, often feeling neglected and isolated from the outside world. During these years, Angela dreamed of building a better life--a dream that often seemed impossibly out of reach. At the age of 21, in hopes of pursuing a professional modeling career, Angela boarded a one-way flight to Miami. The very next day, she was signed by Front Management Agency in Miami, and only 3 months later, by Elite Model Management New York--one of the world's premier modeling agencies. She quickly started booking campaigns with retail giants such as JCPenney and Macy's. In 2010, Angela was crowned Miss Universe Albania. A few weeks later, without a hairstylist or makeup artist, she placed sixth in the Miss Universe pageant, the highest finish for any Miss Albania in history. This platform catapulted her to celebrity status throughout Europe and allowed her to cement a successful modeling career. To date, she has been featured in GQ, the Sports Illustrated Swimsuit Issue, Maxim, and Esquire, to name a few. Throughout the years, Angela has had various business ventures, including the building of a successful swimwear line that was featured in major events such as Miami Fashion Week. Despite the glitz and glamour that surrounds her, Angela's outlook on life has evolved. She is focused on transforming herself into a person that reveals her soul and deep sense of spirituality. Through her movie production debut in 2020, with the short films Fusion and A Way Out, Angela combines fantasy, spirituality, and humanity to piece together complex themes into cohesive narratives. In her memoir "Love. Hope. Light." she commands the attention of the reader through her vulnerability, but at the same time, her resounding strength. She reveals an intimate part of herself through her life experiences and the difficult lessons she learned along the way. Those lessons--some more painful than others--combined with her mother being the outstanding role model that she was, is what molded Angela into the incredible woman she is today. The lived experiences revealed in this book inspired her to become a certified life coach in 2017. In love with her new path, Angela hopes to look beyond the vanities of this world and looks forward to writing the next chapter of her life--one that will certainly take the world by storm.

By Angela Martini
LIST PRICE $29.95
PRICE MAY VARY BY RETAILER