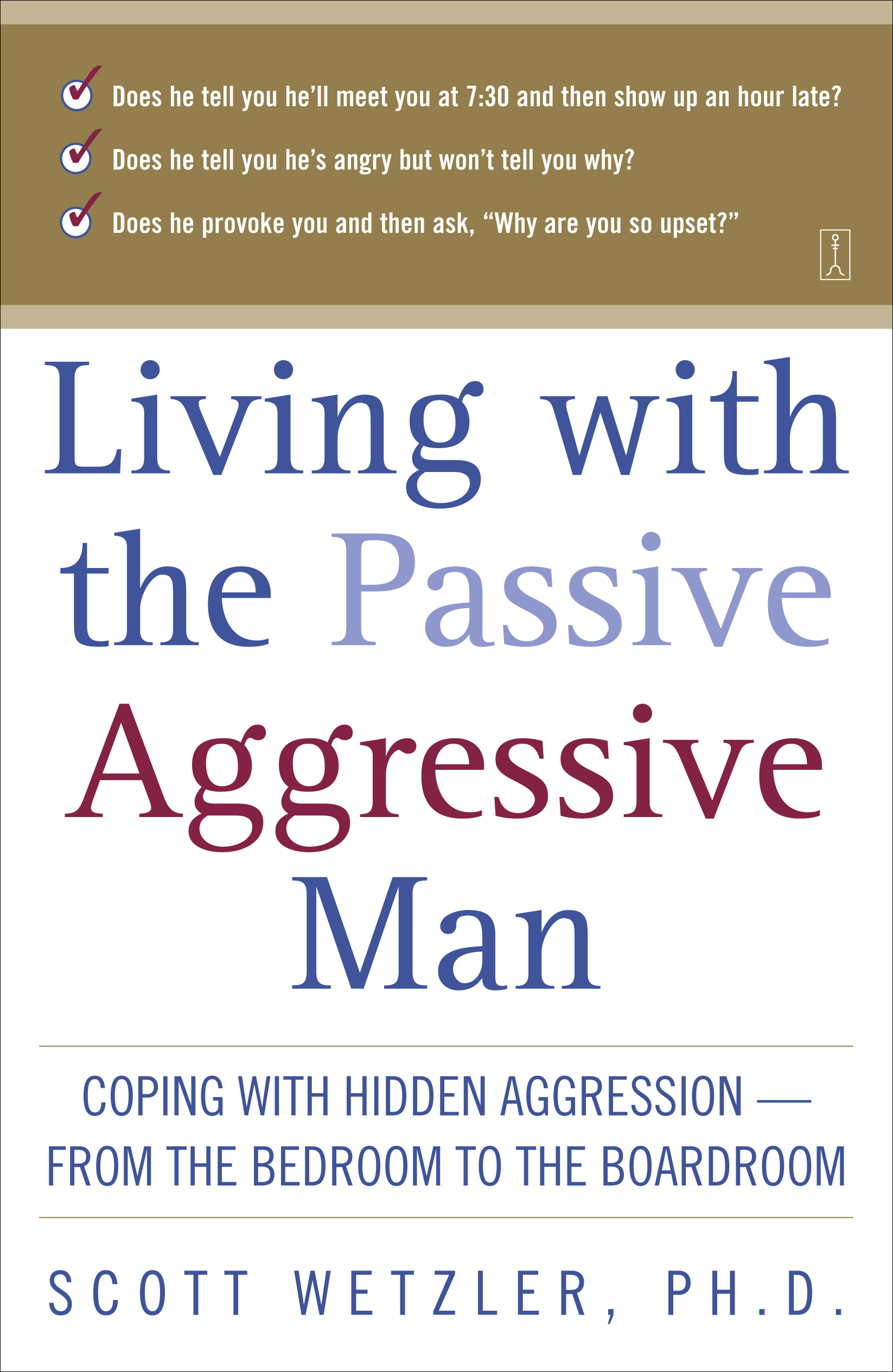 Living with the Passive-Aggressive Man

Coping with Hidden Aggression--from the Bedroom to

By Scott Wetzler
LIST PRICE $12.99
PRICE MAY VARY BY RETAILER

With more than 100,000 copies in print, Living with the Passive-Aggressive Man draws on case histories from clinical psychologist Scott Wetzler’s practice to help you identify the destructive behavior, the root causes and motivations, and solutions.

Do you know one of these men?

Phil’s romantic and passionate one minute, distant and cold the next.

The deviously manipulative coworker or boss...

Jack denies resenting Nora’s rapid rise in the company, but when they’re assigned to work together on a project, he undermines her.

Bob keeps telling his wife he’ll finish the painting job he began years ago, but he never seems to get around to it.

These are all classic examples of the passive-aggressive man. This personality syndrome—in which hostility wears a mask of passivity—is currently the number one source of men’s problems in relationships and on the job. In Living with the Passive-Aggressive Man, Scott Wetzler draws upon numerous case histories from his own practice to explain how and why the passive-aggressive man thinks, feels, and acts the way he does. Dr. Wetzler also offers advice on:

• How to avoid playing victim, manager, or rescuer to the “P-A”
• How to get his anger and fear into the open
• How to help the “P-A” become a better lover, husband, and father
• How to survive passive-aggressive game playing on the job

Living with a man’s passive aggression can be an emotional seesaw ride. But armed with this book, you can avoid the bumpy landings.

Alexandra Penney Author of How to Make Love to a Man Every woman should read this astute analysis of the passive-aggressive male.

Gregory M. Asnis, M.D., Professor of psychiatry at Albert Einstein College of Medicine Gives the reader the necessary tool to identify this syndrome and advice on how to respond to his frustrating ploys....A must-read for anyone who lives with a passive-aggressive man or, for that matter, for such a person himself.

Living with the Passive-Aggressive Man

Coping with Hidden Aggression--from the Bedroom to

By Scott Wetzler
LIST PRICE $12.99
PRICE MAY VARY BY RETAILER