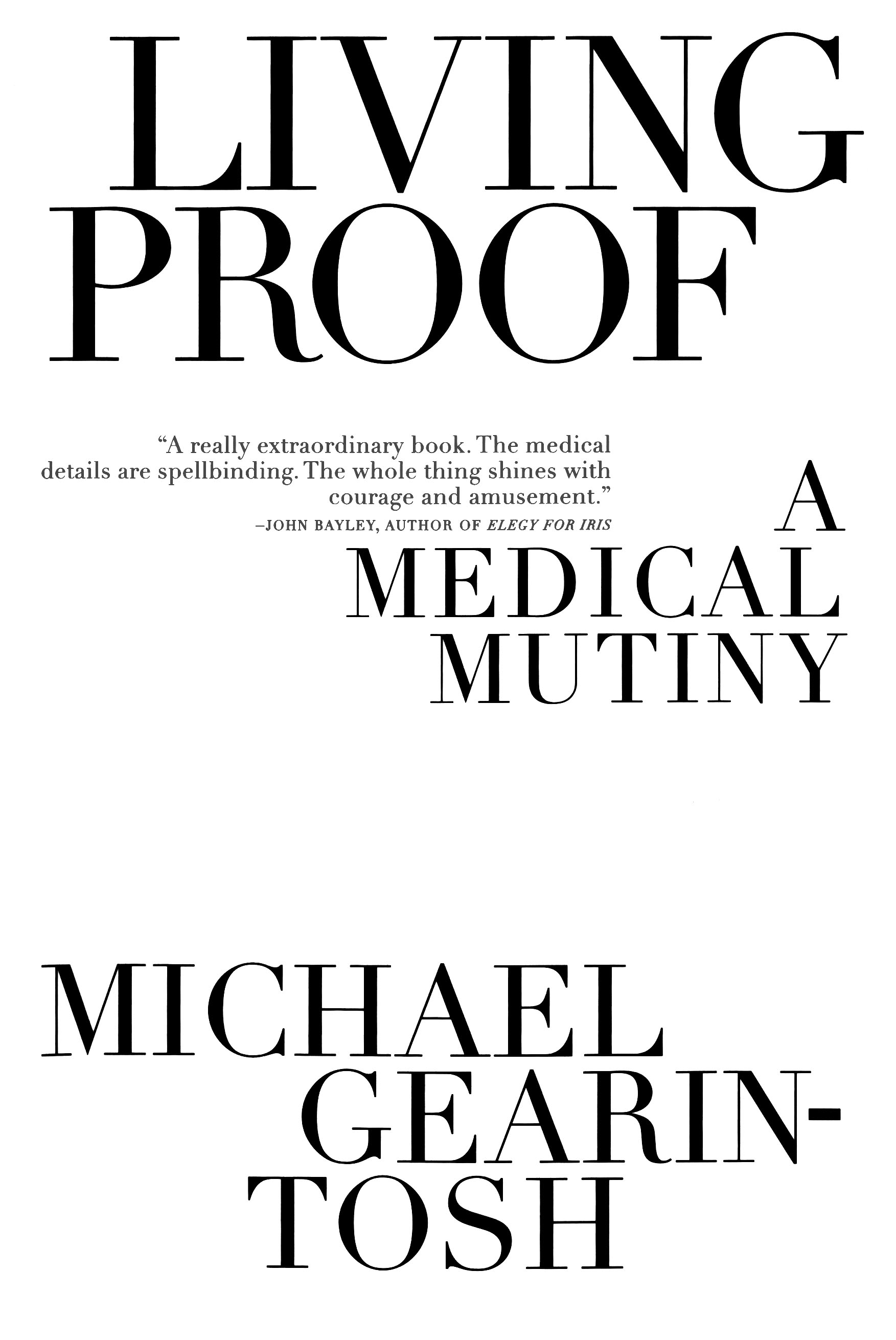 By Michael Gearin-Tosh
LIST PRICE $15.99
PRICE MAY VARY BY RETAILER

I was told I had cancer and that I must expect to die soon. Almost eight years later I still do my job and enjoy life. I have not had conventional treatment. Did my cancer simply disappear? Did I do nothing? Far from it. A number of things happened, some by accident, most by design.

Michael Gearin-Tosh is diagnosed with cancer at the age of fifty-four. The doctors urge immediate treatment. He refuses. Intuitively, not on the basis of reason. But as the days pass, Gearin-Tosh falls back on his habits as a scholar of literature. He begins to probe the experts' words and the meaning behind medical phrases. He tries to relate what each doctor says -- and does not say -- to the doctor's own temperament. And the more questions he asks, the more adamant his refusal to be hurried to treatment.

The delay is a high-risk gamble. He listens to much advice, especially that of three women friends, each with a different point of view, one a doctor. They challenge him. They challenge medical advice. They challenge one another. On no occasion do they speak with one voice. He also turns to unexpected guides within his own memory and in the authors he loves, from Shakespeare and Chekhov to Jean Renoir, Arthur Miller, and Václav Havel.

In the end, he chooses not to have chemotherapy but to combat his cancer largely through nutrition, vitamin supplements, an ancient Chinese breathing exercise with imaginative visualizations, and acupuncture.

No how-to book or prescriptive health guide, Living Proof is a celebration of human existence and friendship, a story of how a man steers through conflicting advice, between depression and seemingly inescapable rationalism, between the medicine he rejects and the doctors he honors.

Clear-eyed and unflinching, Gearin-Tosh even includes his own medical history, "The Case of the .005% Survivor"; explores general questions about cancer; and examines the role of individual temperament on medical attitudes, the choice of treatments, and, of course, survival.

By Michael Gearin-Tosh
LIST PRICE $15.99
PRICE MAY VARY BY RETAILER