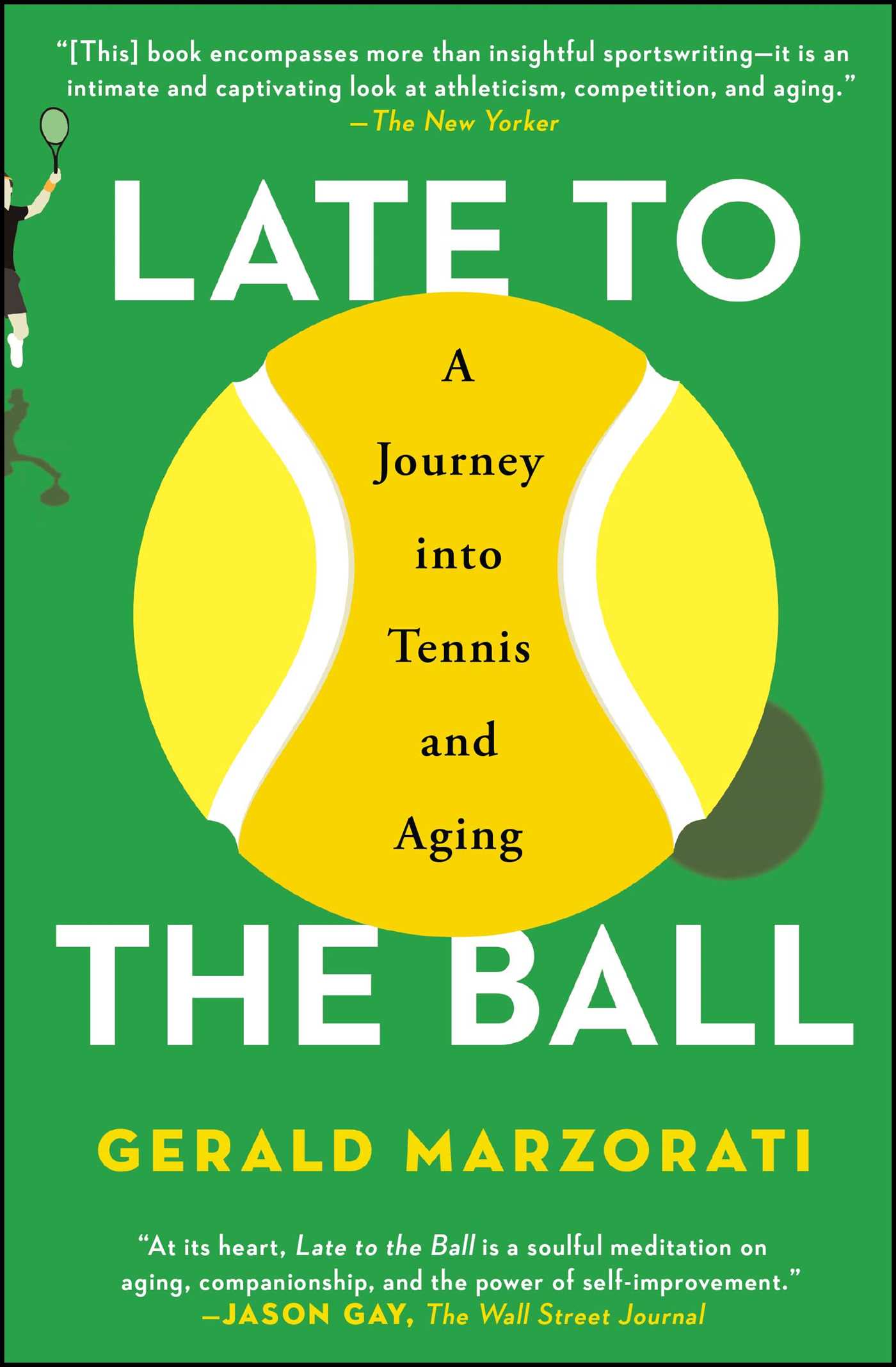 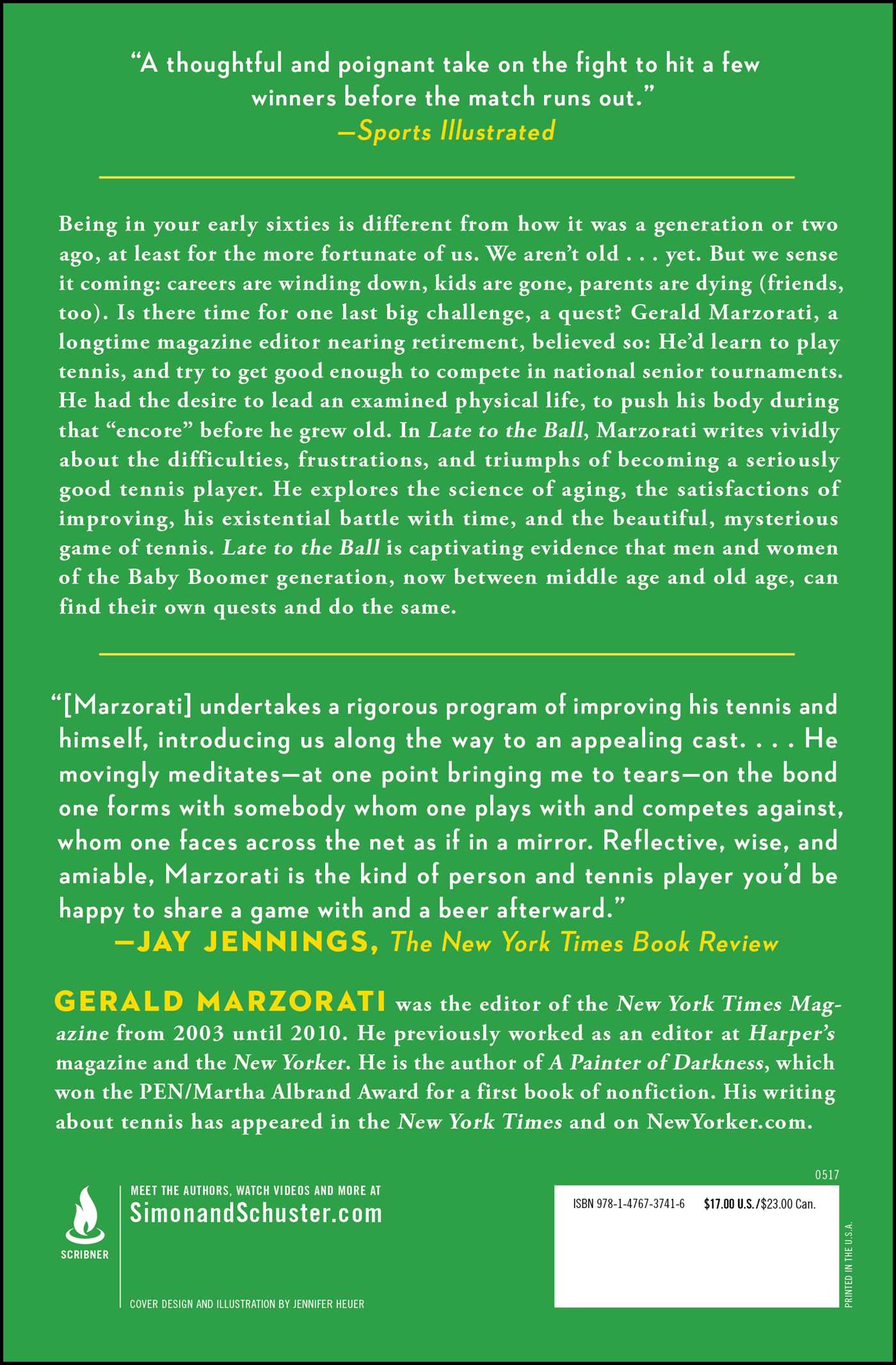 Late to the Ball

A Journey into Tennis and Aging

By Gerald Marzorati
LIST PRICE $17.00
PRICE MAY VARY BY RETAILER

An award-winning author attempts to become a nationally competitive tennis player—at the age of sixty—in this “soulful meditation on aging, companionship, and the power of self-improvement” (The Wall Street Journal).

Being a man or a woman in your early sixties is different than it was a generation or two ago, at least for the more fortunate of us. We aren’t old…yet. But we sense it coming: Careers are winding down, kids are gone, parents are dying (friends, too), and our bodies are no longer youthful or even middle-aged. Learning to play tennis in your fifties is no small feat, but becoming a serious, competitive tennis player at the age of sixty is a whole other matter. It requires training the body to defy age, and to methodically build one’s game—the strokework, footwork, strategy, and mental toughness.

Gerry Mazorati had the strong desire to lead an examined physical life, to push his body into the “encore” of middle age. In Late to the Ball Mazorati writes vividly about his difficulties, frustrations, and triumphs of becoming a seriously good tennis player. He takes on his quest with complete vigor and absolute determination to see it through, providing a rich, vicarious experience, involving the science of aging, his existential battle with time, and the beautiful, mysterious game of tennis. “Enjoyable…crisp and clean” (Publishers Weekly), Late to the Ball is also captivating evidence that the rest of the Baby Boomer generation, now between middle age and old age, can find their own quest and do the same. 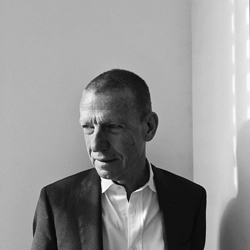 Gerald Marzorati was the editor of The New York Times Magazine from 2003 until 2010. He previously worked as an editor at Harper’s magazine and The New Yorker. He is the author of Seeing Serena, Late to the Ball, and A Painter of Darkness, which won the PEN/Martha Albrand Award for a first book of nonfiction. His writing about tennis has appeared in The New York Times and on NewYorker.com.

“As surprising as a well-disguised drop shot, as emphatic as a down-the-line sizzler, Late to the Ball is a revelatory guidebook to life and sport. In this sparkling memoir, Gerry Marzorati’s plunge into the world of tennis isn’t a quixotic lark—or Plimptonian stunt—it’s about dedication and perseverance, second acts and third acts, and what happens when the spirit soars as the body begins to ache and hobble a little more. Marzorati is the most amiable guide and seeker I’ve read in years. His pursuit of meaning after sixty, delineated by the lines of a tennis court, includes intriguing science and philosophy, psychology and spiritualism, but what glimmers for this reader at the end is Marzorati’s appreciation—call it awe—of a game that brings with it a sense of ageless joy, mystery, and beauty.”
—Michael Paterniti, author of Love and Other Ways of Dying and The Telling Room

“Marzorati teaches us that to be a novice is a gift. This book is for anyone who’d like to improve, at anything.”
—Leanne Shapton, author of Swimming Studies

"Only a writer as agile and intelligent as Gerald Marzorati could pull off a book like Late to the Ball. Part tennis story, part memoir, part scientific inquiry into the effects of aging, this marvelous book offers pleasures on every page and moves with the energy of Roger Federer in his prime. A wonderful addition to that shelf of sports books that are about so much more than a game."
—Darcy Frey, author of the The Last Shot: City Streets, Basketball Dreams

“Gerry Marzorati was the Rod Laver of editors because of his rare enthusiasm, quick intelligence and shining insight. Now, in Late to the Ball, he brings those same qualities to his quest for mid-life self-understanding through the prism of a tennis racket. Will he defeat opponents? Himself? Time? This urgent, meticulous book hits the mortal sweet spot known as revelation.”
—Nicholas Dawidoff, author of The Catcher was a Spy

“Gerald Marzorati might have taken up painting at age 60. Or even guitar. Instead, he took up tennis. Competitive tennis. And I am so glad he did. His account of this surprising late middle-age journey simply took my breath away. It's filled with terrific tennis writing, sure, but more than that Late to the Ball is a deeply moving—inspiring, really—story of renewal and regrowth.”
—Jonathan Mahler, author of Ladies and Gentlemen, the Bronx Is Burning

“Marzorati’s prose is crisp and clean and his storytelling is focused. He also demonstrates an editor’s knack for capturing the intricacies of other people’s lives....This enjoyable work is a study of the physicality, psychology, and biology of learning.”—Publishers Weekly

"Late to the Ball is a soulful meditation on aging, companionship and the power of self-improvement. I know that sounds like the kind of cheesy thing people say on the cover of book jackets. But it’s really true."
—Jason Gay, The Wall Street Journal

“[Marzorati] undertakes a rigorous program of improving his tennis and himself, introducing us along the way to an appealing cast….He movingly meditates—at one point bringing me to tears—on the bond one forms with somebody whom one plays with and competes against, whom one faces across the net as if in a mirror. Reflective, wise and amiable, Marzorati is the kind of person and tennis player you’d be happy to share a game with and a beer afterward.”
—The New York Times Book Review

“[Marzorati] documents his unlikely late-in-life transformation into a tennis addict in his spirited and winningly self-deprecating memoir, Late to the Ball. It’s a book that any reader, regardless of age, or knowledge of the sport, would devour.”
—San Francisco Chronicle

"Marzorati’s prose is conversational, and the book encompasses more than insightful sportswriting—it is an intimate and captivating look at athleticism, competition, and aging."
—The New Yorker

“Late to the Ball offers a courtside seat for an affirming, against-the-odds contest….Like Marzorati, I am also a late convent to tennis and relished his dogged quest as a consequence.”
—Financial Times (UK)

“The topic is tennis, the subject mortality. A thoughtful and poignant take on the fight to hit a few winners before the match runs out.”
—Sports Illustrated

“Marzorati offers a thoughtful guide to growing older and dispensing with fixed ideas about age and ability.” —NYTBR’s Paperback Row

Late to the Ball

A Journey into Tennis and Aging

By Gerald Marzorati
LIST PRICE $17.00
PRICE MAY VARY BY RETAILER