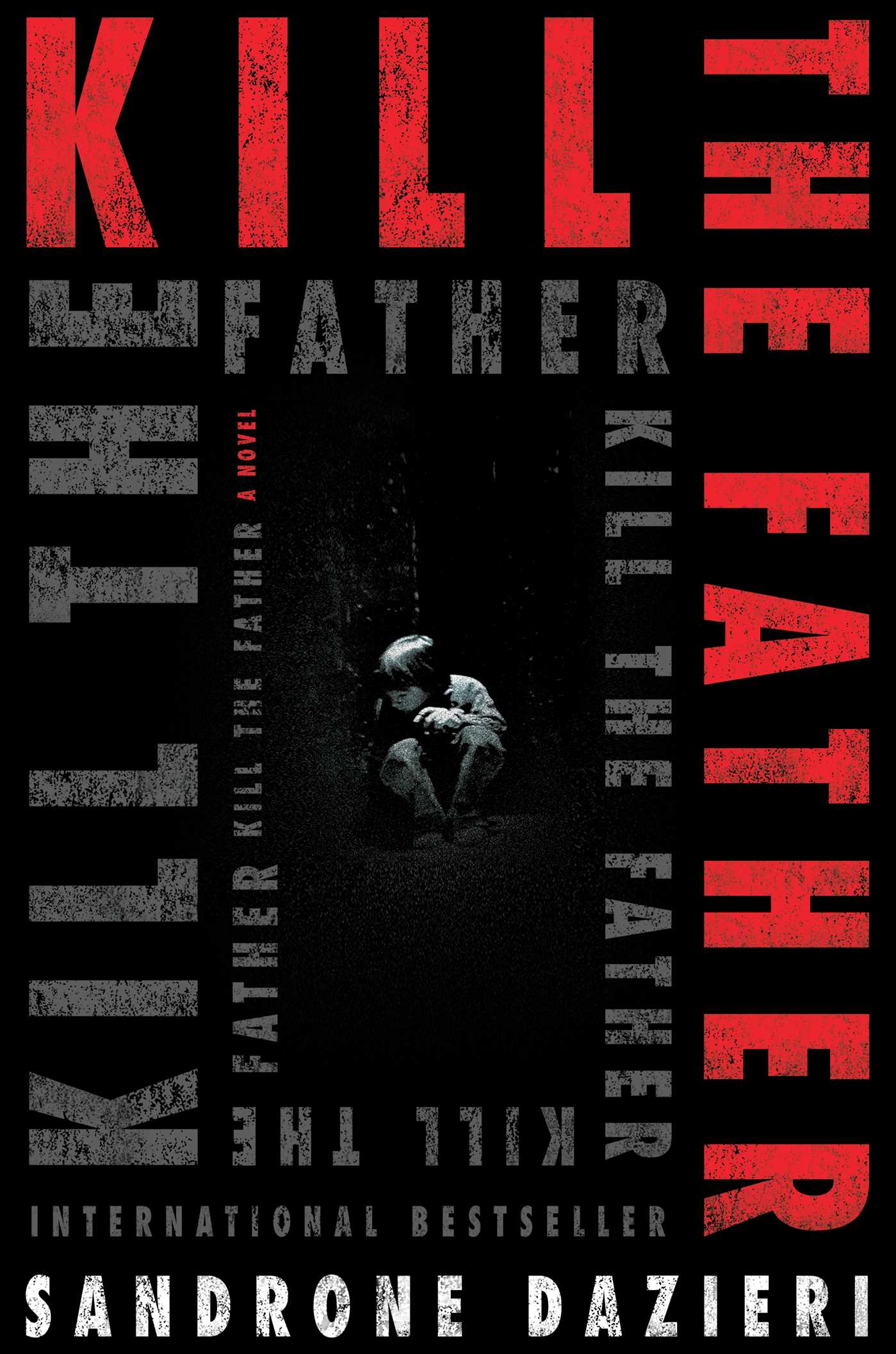 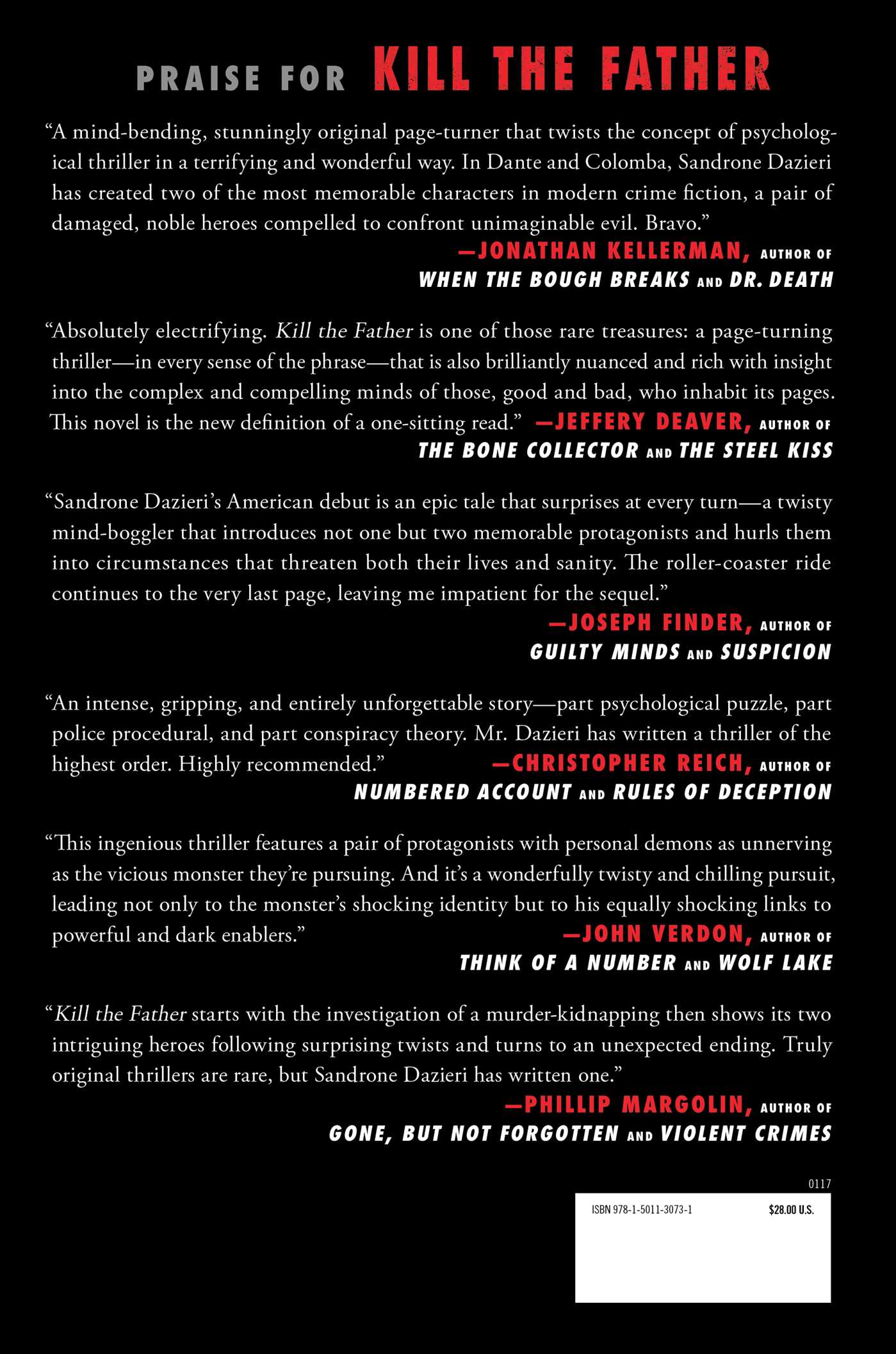 In this fascinatingly complex thriller—a 2017 WHSmith Richard and Judy pick—two people, each shattered by their past, team up to solve a series of killings and abductions—a ruthlessly planned escalation that turns out to be merely the surface of something far more sinister.

When a woman is beheaded in a park outside Rome and her six-year-old son goes missing, the police unit assigned to the case sees an easy solution: they arrest the woman’s husband and await his confession. But the chief of Rome’s major crimes unit doubts things are so simple. Secretly, he lures to the case two of Italy’s top analytical minds: Deputy Captain Colomba Caselli, a fierce, warrior-like detective still reeling from having survived a bloody catastrophe, and Dante Torre, a man who spent his childhood trapped inside a concrete silo. Fed by the gloved hand of a masked kidnapper who called himself “the Father,” Dante emerged from his ordeal with crippling claustrophobia but, also, with an unquenchable thirst for knowledge and hyperobservant capacities.

All evidence suggests that the Father is back and active after being dormant for decades. Indeed, he has left telltale signs that signal he’s looking forward to a reunion with Dante. But when Colomba and Dante begin following the ever-more-bizarre trail of clues, they grasp that what’s really going on is darker than they ever imagined.

"[Features] two of the most intriguing detectives to have emerged in recent years .... As the case unfolds, this interesting pair realize the killer may be setting a trap for them that is going to prove impossible to escape. Brutal and frighteningly realistic, it never loses its grip."
—The Daily Mail

"Dante’s wry humor and the bond that develops between these unlikely friends make this a compelling read. Kill the Father is only the first instalment of what promises to be a brilliant series."
—Culturefly

“Sandrone Dazieri has written a beautiful novel. The best of this season’s thrillers. It’s a sinister and terrifying dream, and lurking within it, in the most hidden corner, barely accessible, is something that emits the cold light of absolute evil."
—Sette/Corriere della Sera

“You can’t help liking Colomba Caselli, the young, off-duty police officer who is unable to leave her work behind her.  Here, she is investigating the disappearance of a boy and the murder of his mother. It is impossible not to fall in love with Dante Torre, full of nervous tics and psychoses, who was kidnapped at a young age and now is working side by side with the police. Can we trust him? Let’s just put our trust in Dazieri and his writing ability.”
—Gioia

“Twists and turns, a hectic pace and a sharp, rapid-fire, winning writing style guarantee that the reader can never put the book down.”
—Il Manifesto

“Torre and Colomba are much more than Bonnie and Clyde. Their relationship is fragile and uniquely delicate.”
—Der Spiegel online

“Dazieri rewards his readers with an ending that will knock their socks off. Kill the Father is a compelling read, and the two main characters have the potential to go on to bigger and better things.”
—Krimicouch-de

“Sandrone Dazieri’s Kill the Father is a hunt without mercy. Full of surprising special effects but also flashes of sheer literary gold.”
—Krimiblock.de

“Simply a masterpiece: for the poignancy of the story, the creation of characters you can never forget, and the way the author grabs the reader by the throat and doesn’t let go, even when the book has ended.”
—La Lettura/Corriere della Sera