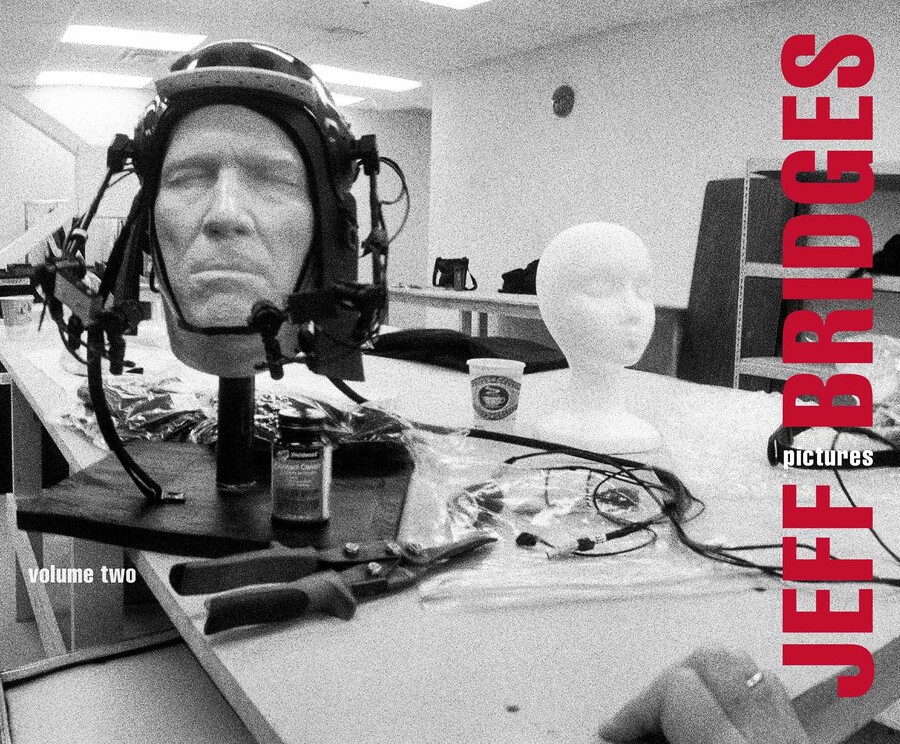 Academy Award-winning actor Jeff Bridges is widely adored asa jewel of American cinema, with dozens of leading credits to his name. For more than 30 years, on numerous film sets, Bridges, with his specialized panoramic camera, a Widelux F8, has captured behind-the-scenes views of the creative world of moviemaking. Now, 16 years since his first collection of photography, comesVolume Two.

Taking pictures of coworkers on the job results in compelling photographs, especially when those people include the likes of Meryl Streep, Robert Duvall, Julianne Moore, Olivia Wilde, and Matt Damon, among others. Unique photos from his earlier work were first shared inPictures: Jeff Bridges(powerHouse Books, 2003). Now, drawing on his most recent film work,Jeff Bridges: Pictures Volume 2expands on Bridges' intimate vision of Hollywood behind-the-scenes. Included within are rare looks at the famed actors, top directors, talented costumers and makeup artists, skilled and creative set and art decoration, and the rest of thepassionate crews involved in such memorable movies asTrue Grit,Crazy Heart,The Giver,TRON: Legacy, andHell or High Water. Together, these pictures provide glimpses of the art, craft, and sleight of hand behind the magic of motion pictures.Jeff Bridges:Pictures Volume 2also celebrates Bridges' mastery of the special effects made possible with the distinctive Widelux panoramic camera.

“A stunning achievement. On more than 70 films, spanning over 50 years, Jeff Bridges has kept a photographic journal of his life on set. Using the Widelux camera, with its unique elongated format, rotating lens, and black-and-white film, he has captured behind-the-scenes Hollywood in a way no one has before or since. These photos, often accompanied by hand-written observations and insights, are then sequenced into a limited-edition book, which Bridges gives away to all those participating in the film. What is amazing to me is how good the images are. They are dense with information and gorgeously seen, edge-to-edge. Bridges’ best pictures rival Garry Winogrand’s with a formal and dynamic rigor.  Out of the discipline and commitment to produce the work year after year, film after film, a unique photographic oeuvre has come to life.”

“His photographs expose the irrational reality of moviemaking and stand as an homage to that process.”

“Jeff Bridges’ talent is so impressive in so many areas, words cannot express. So let his great photos do that for me.”

"The resulting photographs provide an intimate and rare look into who makes movies and how they do it. They are also well-crafted and beautiful documents in and of themselves. The wide-format photos are almost like small movies within the movies Bridges is chronicling."

"From his images emerges the collaborative spirit that binds the cast during filming, the daily routine on the set and the intense friends and family relationships woven by the actor during his life."

"Although not precisely 'documentary' in style, his images do document life..."