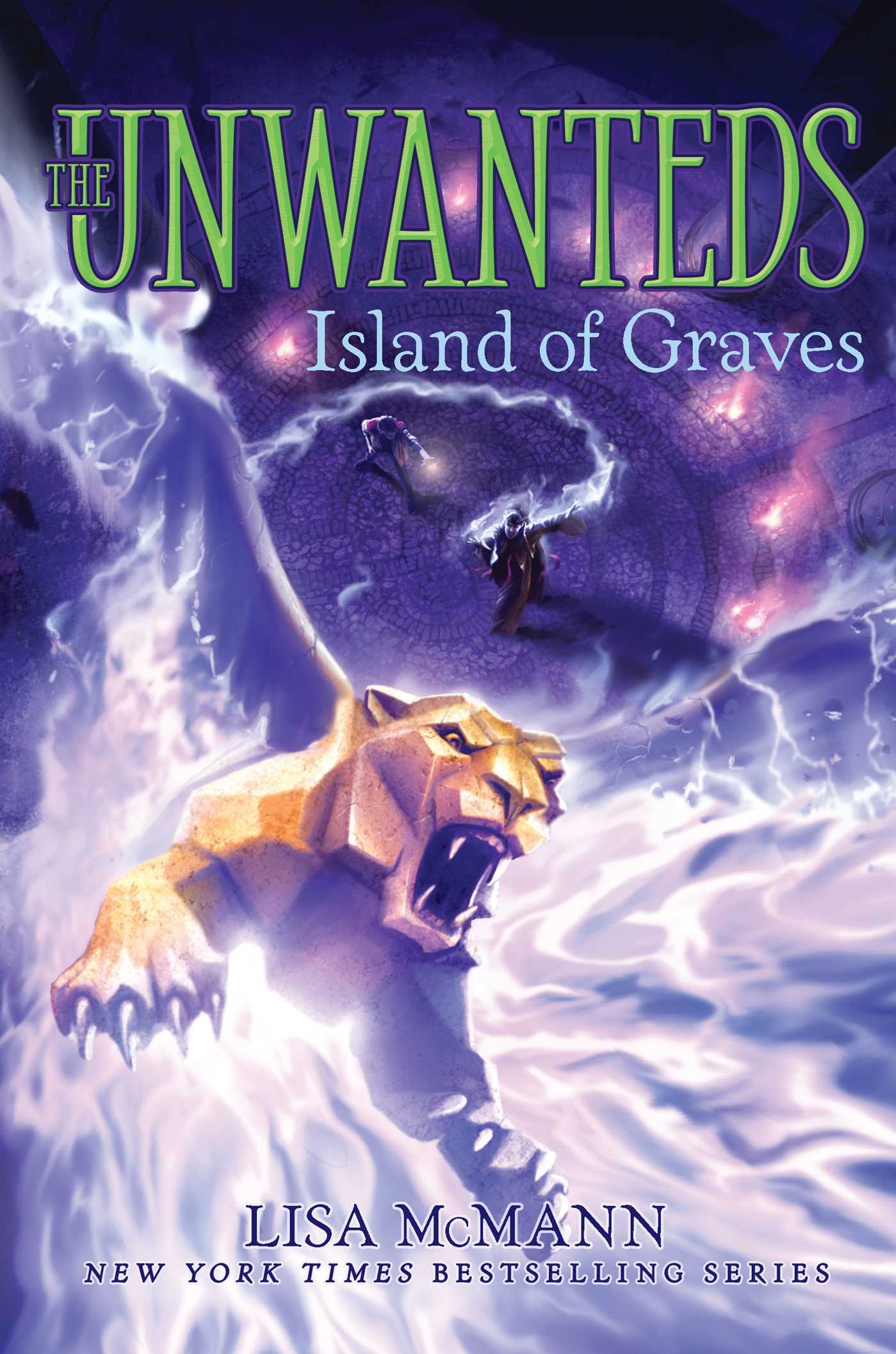 On the brink of war, the fates of both Artimé and Quill are at stake in book six of the New York Times bestselling Unwanteds series, which Kirkus Reviews called “The Hunger Games meets Harry Potter.”

Alex and Aaron Stowe are at a crossroads.

Everything Aaron has worked so hard to build in Quill has crumbled. Fallen from the height of power and influence and left for dead in a foreign place, Aaron has lost everything, and now he must humbly beg for food from those who saved his life.

In Artimé, Alex chooses his people over his brother and abandons his search for Aaron, closing the door on that relationship forever. The Artimeans need his focus now more than ever as they face the terrifying power of a new enemy who has taken control of Quill—the notoriously evil Gondoleery Rattrapp.

Desperate to stop her, Alex embarks on a risky mission to enlist help from an unlikely ally, and along the way he’s determined to rescue a lone sailor from monstrous beasts with mysterious origins—a sailor who just might show Alex a different world. As he prepares for an epic war with all of Quill and Artime hanging in the balance, Alex must place his faith in a reckless plan...and hope that he and all of his friends make it through alive.

A Momentary Lapse of Judgment
Alex Stowe, head mage of Artimé, stood alone at the helm of the magical white boat called Claire, speeding eastward over the waves. The island, his friends, and all the people who were gathered on the glorious green lawn grew smaller and smaller behind him. He didn’t know where he was going. He only knew that his identical twin brother, Aaron, was out there somewhere. In trouble, definitely, but alive—Alex could feel the life in his own broken soul.

He also knew that there was no one else in the world who would rescue Aaron.

Not that Quill’s high priest deserved rescuing, especially by the head mage of Artimé, after everything Aaron had done to hurt him and his people. And even though Aaron wasn’t technically responsible for either of Quill’s organized attacks on Artimé, he had killed Mr. Today. An unforgiveable offense. Yet the invisible bond between the brothers was ridiculously stubborn, and it wouldn’t let go of Alex, no matter what Aaron did. It was wrong and maddening, but it seemed they were irrevocably tied together. And thus, here he was.

With nothing but open sea before him, Alex closed his tired eyes as he traversed the waves, letting the cool breeze wash over his face and flutter at his shirt collar. He hadn’t been alone like this in ages. Neither Spike, the intuitive whale of Alex’s own creation, nor Simber, the winged-cheetah statue who protected Artimé, had noticed his impulsive departure, so he remained gloriously alone and vulnerable. It was exhilarating. Feeling rejuvenated from the weariness of battle and grief of the past weeks, Alex filled his lungs with fresh air.

He opened his eyes. The gentle swells of deepest blue seemed to stretch out forever before him. So serene and peaceful—he loved the sea.

Now and then a spear of doubt over his sudden departure pierced his conscience, though he tried to ignore it. His intense premonition that his brother had been so near death and was now most certainly alive had clouded his judgment. It felt like a second chance . . . but a second chance at what?

He rubbed his side where the pain had been. His premonition was more than magical—it was physical. Something much deeper than magic could ever be. What was Alex supposed to do, ignore it? It seemed irreverent to do so.

Granted, he knew this was an impulsive move. It was the kind of move Alex rarely made these days. And it might cause problems in the near future, with the looming presence of Gondoleery Rattrapp growing larger and remaining completely unpredictable.

Alex’s actions might even be considered reckless by some. After all, he and Lani had just managed to rid the entire island—Quill included—of the ice spell Gondoleery had cast upon the land. And even though Liam Healy had reported that Gondoleery’s palace takeover was spur of the moment, no one really knew what she had up her singed little sleeve, or when she’d attack next.

Alex’s mad dash to rescue Aaron had more immediate problems as well, which he realized as he looked around the boat. He’d brought no food. No water. If this was to be a rescue trip, Alex was sorely unprepared. It might take days or weeks to find Aaron. What was Alex supposed to do? He couldn’t stop for provisions at the nearest island to the east, since it was a jutting cylinder of sheer rock that looked completely unconquerable and inaccessible. And paying a visit to the carnivorous-gorilla island beyond it was not something Alex would ever do if he had even an ounce of life left in him—that place meant certain death to anyone who landed on its shores. He couldn’t get the image of the saber-toothed silverback attacking the pig out of his mind.

Alex paled. What if Aaron was on that island? If so, he must have found a place to hide, at least temporarily. He’d know in his soul soon enough if Aaron got killed. He was quite sure of that.

Alex searched his robe pockets, disappointment growing at his inadequate provisions. There was nothing there that could help him take down a monstrous fanged gorilla, other than a smattering of nonlethal spell component options. He had no idea if the spells would work on such a creature. These same spells had done nothing to stop the horrible eel that had plagued them on their previous journey.

Now that Alex had spent a few minutes really thinking about the consequences of his actions, he realized that he was more like someone in need of rescue than someone who was setting out to help another.

“What am I doing?” he muttered.

He slowed the boat and glanced over his shoulder. He could no longer tell who stood at the shore watching him go, only that there was a large group of people gathered there—scores of Unwanteds, but also abandoned Warbler children and mistreated Necessaries from Quill who had all found acceptance and protection in Artimé. They were people and creatures who had come to trust in Alex and rely on him to protect them. They were loyal, and they’d fought valiantly and tirelessly as thirty of their friends and loved ones, including Alex’s best friend, Meghan, had fallen in the ferocious battle with General Blair and his Quillitary. They were resilient, and they’d withstood Gondoleery Rattrapp’s ice spell. But they were most certainly in for more trouble from the new high priest and dictator of Quill.

Alex looked within himself. What kind of leader and protector would willingly and selfishly leave his faithful followers at a time like this? The head mage of Artimé should have one goal—to protect his people. And Alex was doing the exact opposite, leaving them horrendously in danger while he went out on a lark to save somebody whom nobody else wanted to save.

As the truth set in, Alex released a heavy sigh. He’d lost his mind, or at the very least he’d had a severe lapse in judgment. Aaron Stowe, former high priest of Quill, enemy of Artimé, wasn’t worth it.

Aaron wasn’t truly worth anything.

And it was high time Alex let go of him. Forever.

With new resolve, Alex took one more look at the sparkling sea, then swung the boat around and headed home.

Lisa McMann lives in Sacramento, California. She is married to fellow writer and musician, Matt McMann, and they have two adult children. Her son is an artist named Kilian McMann and her daughter is an actor, Kennedy McMann. Lisa is the New York Times bestselling author of over two dozen books for young adults and children. So far she has written in genres including paranormal, realistic, dystopian, and fantasy. Some of her most well-known books are The Unwanteds series for middle grade readers and the Wake trilogy for young adults. Check out Lisa's website at LisaMcMann.com, learn more about The Unwanteds Series at UnwantedsSeries.com, and be sure to say hi on Instagram or Twitter (@Lisa_McMann), or Facebook (Facebook.com/McMannFan).