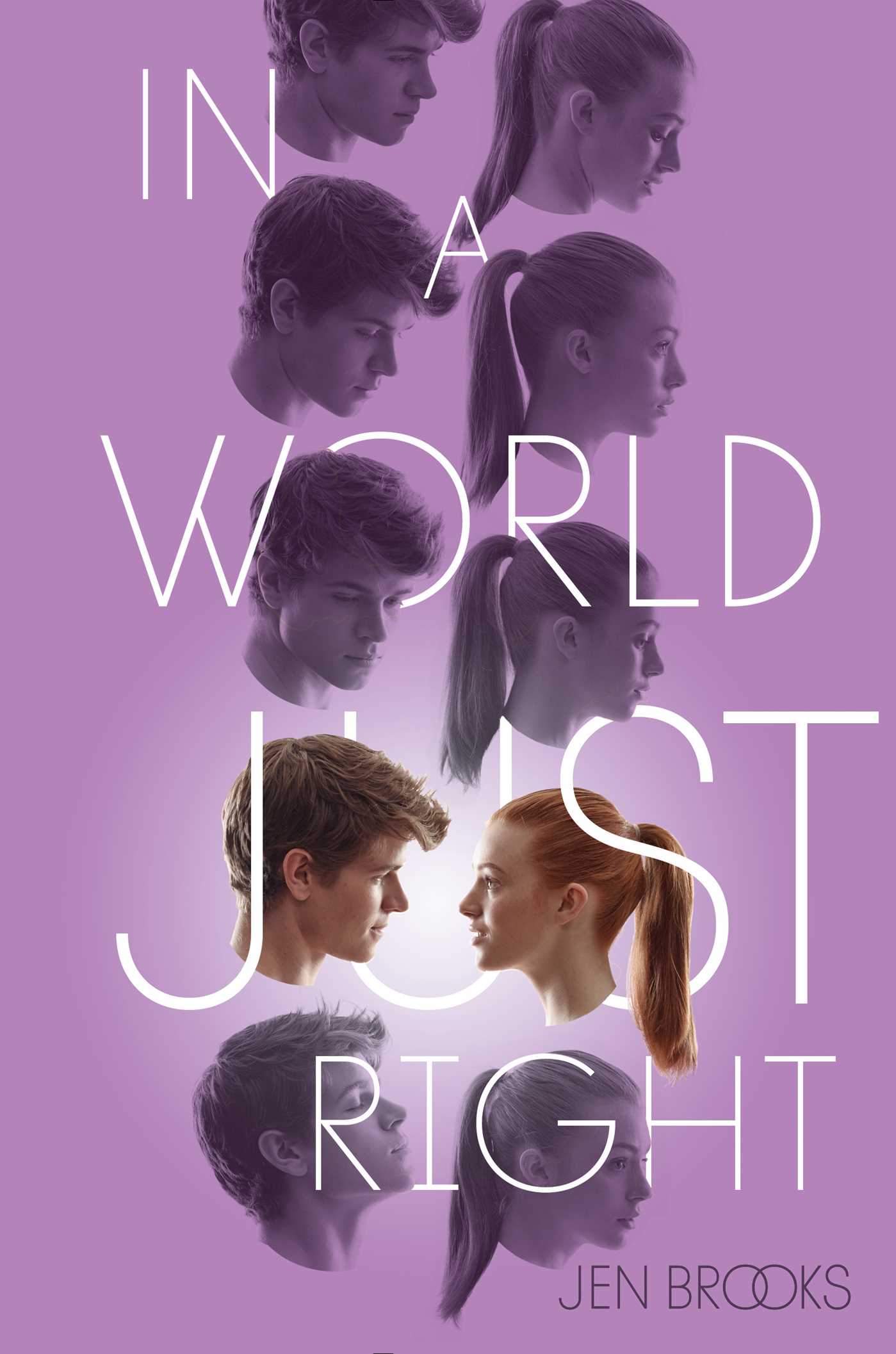 By Jen Brooks
LIST PRICE $8.99
PRICE MAY VARY BY RETAILER

Worlds collide in romantic, unexpected, and heartbreaking ways in this “picture-perfect” (VOYA, starred review) debut novel about a young man with a truly unique power.

Sometimes high school senior Jonathan Aubrey wishes he could just disappear. And as luck—or fate—would have it, he can. Ever since coming out of a coma as a kid, he has been able to create alternate worlds. Worlds where he is heroic, desirable, or simply a better version of himself. That’s the world he’s been escaping to most often, a world where he has everything he doesn’t have in real life: friends, a place of honor on the track team, passing grades, and most importantly, Kylie Simms as his girlfriend.

But when Jonathan confuses his worlds and tries to kiss the real Kylie Simms, everything unravels. The real Kylie suddenly notices Jonathan…and begins obsessing over him. The fantasy version of Kylie struggles to love Jonathan as she was created to do, and the consequences are disastrous. As his worlds collide, Jonathan must confront the truth of his power and figure out where he actually belongs—before he loses both Kylies forever.

If you could create one world “just right” for you to live in, what would it look like?

If there was no limit to the number of worlds you could create, and you could bounce around them as much or as little as you liked, what other worlds would you create?

1. In Chapter 1, Jonathan says, “How would she [real Kylie] feel to know that in another world not only does Jonathan Aubrey love her but she loves him right back? . . . It’s sick, I know, what I’ve done. But it’s all I have for happiness.” Given what you know of both Kylies in the story, how do you think each would have felt about the truth had they known it in Chapter 1? Is Jonathan’s assessment of “It’s sick” one that you agree with? Given what you know of Jonathan and his circumstances, why or why not?

4. In Chapter 8, Jonathan says, “All I want right now is what’s real. And what’s real is a Kylie who barely knows me, an uncle who’s still not home, and a family who’s still dead.” Then, in Chapter 9, Jonathan finds himself feeling an increasing need to be “real.” In the context of the story, what does it mean to be “real”? Do you define “real” differently than Jonathan does? Do you think Jonathan is living up to his own definition of what is “real”?

7. At the end of Chapter 12, while playing hypothetical questions, Jonathan says to Kylie, “If you could ask your future self, say twenty years from now, any question, what would you ask?” Kylie’s answer: “I’d ask if I should have gone to Mexican Station tonight with Jonathan Aubrey.” Does this exchange signify a turning point in the story? If yes, how so?

8. Chapter 15 shows both Kylies acting out of character. What context clues suggest that the Kylies are starting to take on each other’s traits?

9. In Chapter 19, Jonathan says, “A mixed-up love and a merged love aren’t the same thing as real love, and neither is fair for Kylie.” Think about your answers to Question #4 above. In your opinion, is either Kylie’s love for Jonathan “real”? Is Jonathan’s love for Kylie “real”?

11. In Chapter 20, Jonathan parks outside his uncle’s church and prays. What does he pray for? What does he receive? How much of what happens in this book is the result of divine intervention? Is the answer clear?

12. In Chapter 20, Jonathan and Tess argue about living in “a world just right.” What position does each of them take? In Chapter 26, what choice does Jonathan actually make regarding this issue? Do you believe Jonathan makes the right choice?

13. In Chapter 21, what steps does Jonathan take to make girlfriend Kylie understand what has to be done to save her? How does she take the news? How do you think real Kylie would have taken the news if Jonathan had told her instead? Should he have told real Kylie? Why or why not?

15. The big reveal about Jonathan’s worlds begins with the note from Tess in Chapter 23. Did you guess the truth prior to the reveal? What other theories were you forming about what was really going on? Looking back, what clues in the story hinted at this revelation?

16. Tess’s true identity is revealed in Chapter 26 by Rosemary. What foreshadowing was there in the story that Tess was not the person she was pretending to be? How would you describe Tess’s character? Why does she act the way she does? Do you think she ultimately made things better or worse for Jonathan? Why do you think so?

17. One commonly used technique in plotting a novel is to bring a character to the lowest, darkest possible place they can go just before things start turning around. What is Jonathan’s “lowest, darkest” moment? Look at the events leading up to it. How do these events contribute to the emotions—both Jonathan’s and the reader’s—in that moment?

18. At the end of the book, Jonathan repeats a poem that he wrote called “The Lighthouse.” What was your reaction upon reading it the second time? Has the meaning deepened or changed because of the events of the book? Now go back to Chapter 2 and review Kylie’s analysis of Jonathan’s poem. Has Kylie’s analysis proven to be true?

19. What do you think is the greatest lesson Jonathan has learned by the end of the story? Where in the text do you see this lesson articulated? What other lessons has he learned? Provide examples from the text to support your answer.

A Different Point of View

In Chapter 20, Tess says she “earned her stripes” to become a world-maker. What does this mean? Write a short story about what you imagine happened to Tess, in order for her to have earned the world-making power. Alternatively, rewrite a scene from the novel from Tess’s point of view.

Go back through the novel and pull out quotations that either have special meaning for you or significant meaning in the story. Type them up, cut them out, and create a collage along with any images you can find that reflect the content of the quotations.

Read Frankenstein, Pygmalion, or other creation myths. Compare and contrast these stories with In a World Just Right.

Create a playlist for In a World Just Right.  Organize the playlist by chapter, character, or some other method. Explain what led you to make each song selection.

In the Epilogue, Jonathan says that in the past year he has been anything but invisible. He goes on to explain that newspaper coverage is one of the ways he’s been put in the spotlight. Imagine you are a reporter covering the story immediately after the events of Chapter 26. Choose which characters in the book you would like to interview. Make a list of two to four questions you would ask each character and write their imagined responses. Then write an article about Jonathan’s story, filling in whatever details you want for events occurring after Chapter 26.

This guide has been provided by the author for classroom, library, and reading group use. It may be reproduced in its entirety or excerpted for these purposes. 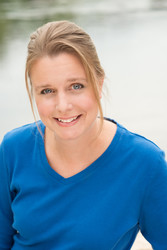 Shortly after graduating from Dartmouth College, Jen Brooks started teaching English to high school students. She did so for fourteen years and then received an MA and MFA in writing popular fiction from Seton Hill University. A competitive hurdler and jumper in high school and college, Jen now enjoys running, hiking and gardening. In a World Just Right is her first novel. She lives with her husband and son in Massachusetts. Learn more at JenBrooksWriter.com.

“A shining debut. Smart, tender, heartbreaking, triumphant. In a World Just Right is a miracle.”

– Julie Berry, author of the award-winning ALL THE TRUTH THAT'S IN ME

“Jonathan is the best kind of main character any story could want; he is sympathetic, flawed, and is as surprised as the reader by how events unfold…Every piece of the puzzle that is this book slides into the exact right spot, forming a picture-perfect work of fiction.”

"Coping with devastating loss and near-death tragedy takes many forms, and, in Brooks’ caring narrative, an appreciation for the rationale for world making is made to feel just right."

By Jen Brooks
LIST PRICE $8.99
PRICE MAY VARY BY RETAILER