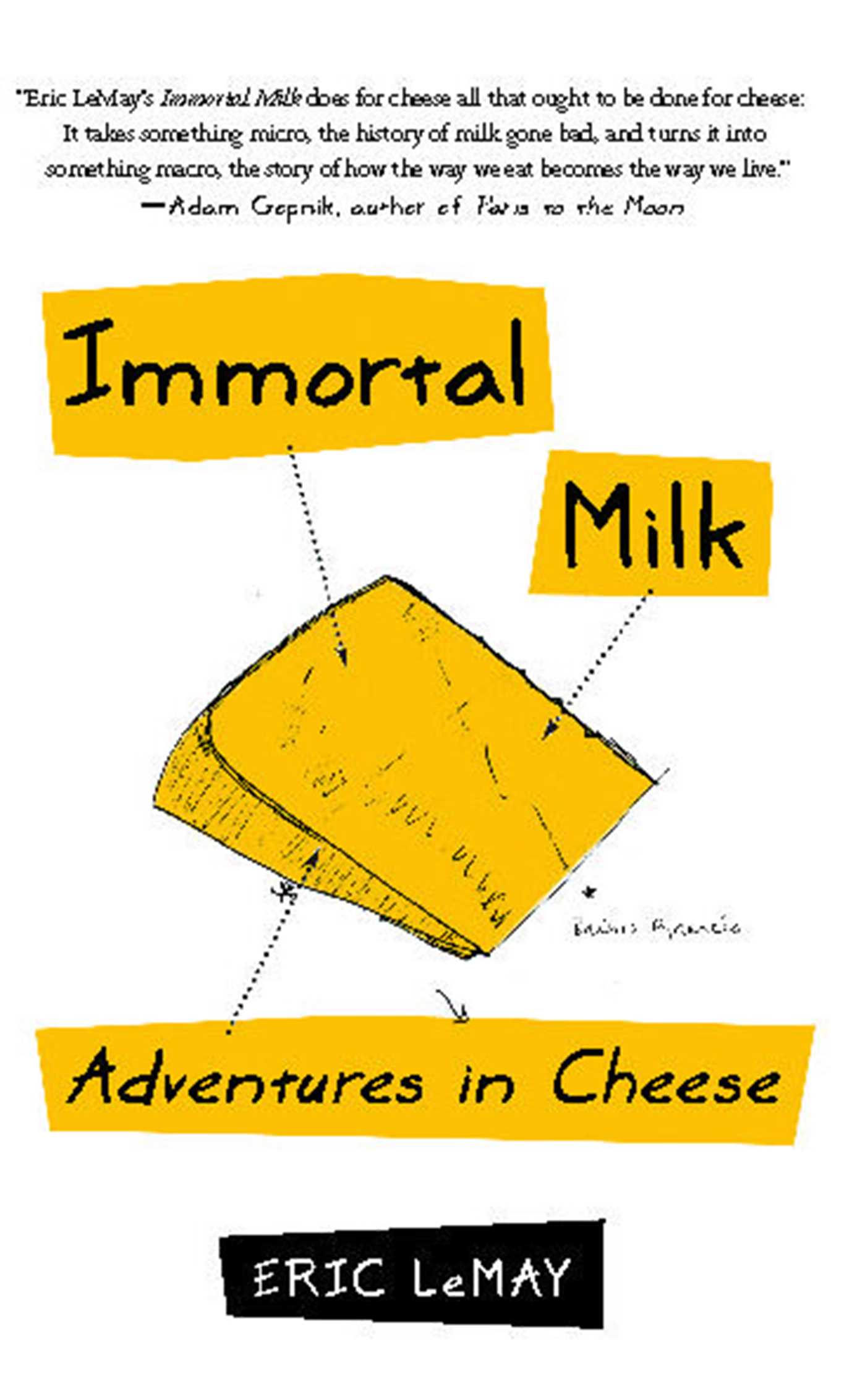 By Eric LeMay
LIST PRICE $12.99
PRICE MAY VARY BY RETAILER

Is there a food more delightful, ubiquitous, or accessible than cheese? This book is a charming and engaging love letter to the food that Clifton Fadiman once called "milk’s leap toward immortality." Examining some cheeses we know as well as some we don’t; the processes, places, and people who make them; and the way cheeses taste us as much as we taste them, each chapter takes up a singular and exciting aspect of cheese: Why do we relish cheese? What facts does a cheese lover need to know? How did cheese lead to cheesiness? What’s the ideal way to eat cheese—in Paris, Italy, and Wisconsin? Why does cheese comfort us, even when it reeks? Finally, what foods pair well with which cheeses?

Eric LeMay brings us cheese from as near as Formaggio Kitchen in Cambridge, Massachusetts, to as far as the Slow Food International Cheese Festival in Bra, Italy. In the witty, inventive, and wise company of his best girl, Chuck, he endures surly fromagers in Paris and dodges pissing goats in Vermont, a hurricane in Cambridge, and a dispiriting sense of hippie optimism in San Francisco; looks into curd and up at the cosmos; and even dons secondhand polyester to fathom America’s 1970s fondue fad. The result is a plucky and pithy tour through everything worth knowing about cheese.

It’s a challenge to describe the flavor of an excellent French cheese. Chuck and I were in our tiny rental in the Marais, hovering over a Langres. We didn’t have the funds for Champagne, but we had managed to get tipsy on a serviceable vin de pays, which is also a pleasant way to eat a Langres.

"It doesn’t play well with others," Chuck continued, the thick smack of pâte slowing her speech. "It doesn’t respect lesser cheese."

"It’s like a road trip through Arizona in an old Buick," I offered.

"It has a half-life inside your teeth."

"It gradually peels off the skin on the roof of your mouth."

Anyone can read that a salt-washed Langres is "salty," then taste its saltiness, but not everyone will taste in it the brilliant and irascible character of Proust’s Palamède de Guermantes, Baron de Charlus. Yet these more personal descriptions capture the experience of a Langres. It sparks associative leaps, unforeseen flashbacks, inspired flights of poetry and desire. Its riches reveal your own. W. H. Auden once remarked that when you read a book, the book also reads you. The same holds true for cheese: it tastes you. 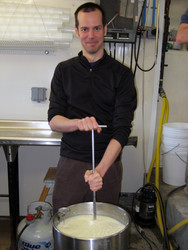 "An elegant and nuanced brand of food writing...For student foodies, or even just the average cheese-lover, Immortal Milk may hit the ideal blend of education and indulgence." —Columbia Spectator

By Eric LeMay
LIST PRICE $12.99
PRICE MAY VARY BY RETAILER