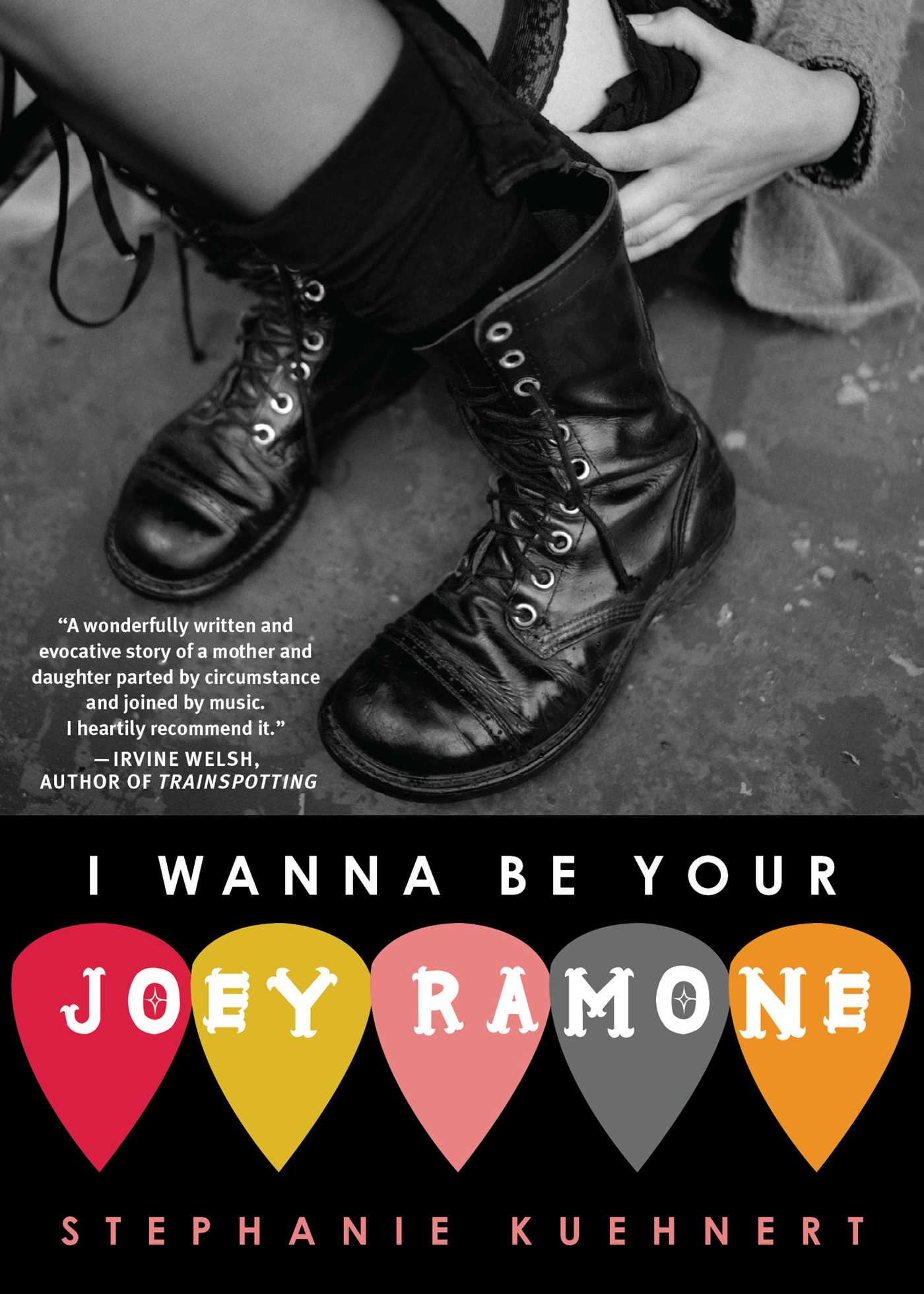 By Stephanie Kuehnert
LIST PRICE $15.99
PRICE MAY VARY BY RETAILER

A raw, edgy, emotional novel about growing up punk and living to tell.

Punk rock is in Emily Black's blood. Her mother, Louisa, hit the road to follow the incendiary music scene when Emily was four months old and never came back. Now Emily's all grown up with a punk band of her own, determined to find the tune that will bring her mother home. Because if Louisa really is following the music, shouldn't it lead her right back to Emily?

By clicking 'Sign me up' I acknowledge that I have read and agree to the privacy policy and terms of use. Free ebook offer available to NEW US subscribers only. Offer redeemable at Simon & Schuster's ebook fulfillment partner. Must redeem within 90 days. See full terms and conditions and this month's choices.
Discussion Points
1. Describe Emily, Michael, and Louisa's passion for music and how it influences their lives. Consider in particular the equally negative and positive transformative power music has over Emily and Louisa. Does Michael also experience transformation, or does he remain unchangeable? What is his role in the Black family dynamic?
2. On page 37, Michael advises his daughter, "Don't end up like her, Emily. Don't search for the music in other people. Play it yourself." Is he just talking about forming a band? How does this advice illustrate the different trajectories of Louisa's and Emily's lives?
3. Emily rejects anything that threatens her romantic image of Louisa as a tough but ethereal creature following the music wherever it might lead her. Identify some of the moments that challenge this image and analyze Emily's response.
4. Even in Emily's hardcore world, there are expressions of true love. How does Regan respond to such emotions? Do you think Louisa and Michael experience true love, given the way each responds to their relationship? What about Emily?
5. What is it about Johnny Thompson from My Gorgeous Letdown that causes Emily to open up to his advances? Despite moving in with him, she still fights the idea of their being a couple so fiercely. Why does she hate "feeling attached?" Do you think this feeling is specific to Johnny, or is it bigger than that? What does Emily ultimately realize about their relationship?
6. Colette tells Louisa that the worst thing she's done is not killing Eric Lisbon, but leaving her baby girl. Emily later echoes this sentiment when she finally meets Louisa in the Greyhound bus station. But Louisa remains unconvinced. Do you agree with Colette and Emily or with Louisa, and why? Compare the damage done by Louisa's abandonment of Emily to the effects of Colette's "dragging" her daughter, Nadia, "toward all [her] dreams that just wind up being nightmares."
7. On page 156, as Emily and Michael argue about her decision to move in with Johnny, Michael says, "If I say no, you're just gonna lie to me, aren't you?" He ultimately doesn't try to stop her, effectively giving her permission. How do you think his hands-off parenting style has affected Emily throughout the years?
8. Throughout the novel, Emily insists that Louisa's abandonment hurt Michael, but not her. Why does she cling to this idea? What does this denial provide her with?
9. Emily generally refuses drugs out of a strong desire to avoid becoming another "rock star cliché." What finally brings drug abuse into her life? From Emily's point of view, why do you think some clichés (such as the heavy drinking and defensive attitude) are okay while others are not? How does Emily's drug use parallel Louisa's?
10. People constantly remark that Emily has Louisa's deep green eyes. What else do these women have in common? How are they different?
11. For most of the novel, Emily is so wrapped up in the reality she thinks she's creating that she remains oblivious to important things, such as her growing reputation as a groupie slut among the River's Edge crowd. What else does Emily miss, and why?
12. Emily has always wanted answers, but when Louisa offers her the detailed letters she's written over the years, Emily refuses the notebooks. Why doesn't she want to read them? What, finally, gives her release?
13. In the end, was it really the music that brought Emily, Louisa, and Michael together, as Emily always thought would happen? What do they each realize in their brief meeting at the bus station? Does the ending feel open-ended to you, or does it imply something about the future of the Black family?
Enhance Your Book Club
1. The re-emergence of punk rock in America and various offshoot music scenes form a framework on which this story is hung. Create a timeline of the music as it evolves over the course of this novel.
2. Both Louisa and Emily make multiple trips across the United States, one looking for absolution, one looking for answers. Trace the Black women's cross country trips on a map using two different colors to create a visual representation of the places they've crossed paths unknowingly.
3. Visit the author's website at www.stephaniekuehnert.com and listen to the mix CD she's made to go along with this novel. Try making your own mix CD out of the various songs and bands that are mentioned in I Wanna Be Your Joey Ramone to take to your next Book Club meeting. It'll set the mood -- and keep your ears tuned to the lyrics to pick up some of the author's influences. 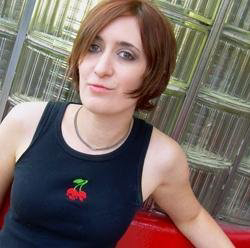 Stephanie Kuehnert got her start writing bad poetry about unrequited love and razor blades in eighth grade. In high school, she discovered punk rock and produced several D.I.Y. feminist zines. She received her MFA in creative writing from Columbia College Chicago and lives in Seattle, Washington. She is the author of Ballads of Surburbia and I Wanna Be Your Joey Ramone. Learn more at StephanieKuehnert.com.

"Kuehnert's love of music is apparent on every page in this powerful and moving story. Her fresh voice makes this novel stand out in the genre, and she writes as authentically about coming of age as she does punk rock." -- Charles R. Cross, New York Times bestselling author of Heavier Than Heaven: A Biography of Kurt Cobain

"A fierce and wild ride." -- Laura Wiess, author of Such a Pretty Girl

"A wonderfully written andevocative story of a mother and daughter parted by circumstance and joined by music. I heartily recommend it." -- Irvine Welsh, author of Trainspotting

By Stephanie Kuehnert
LIST PRICE $15.99
PRICE MAY VARY BY RETAILER