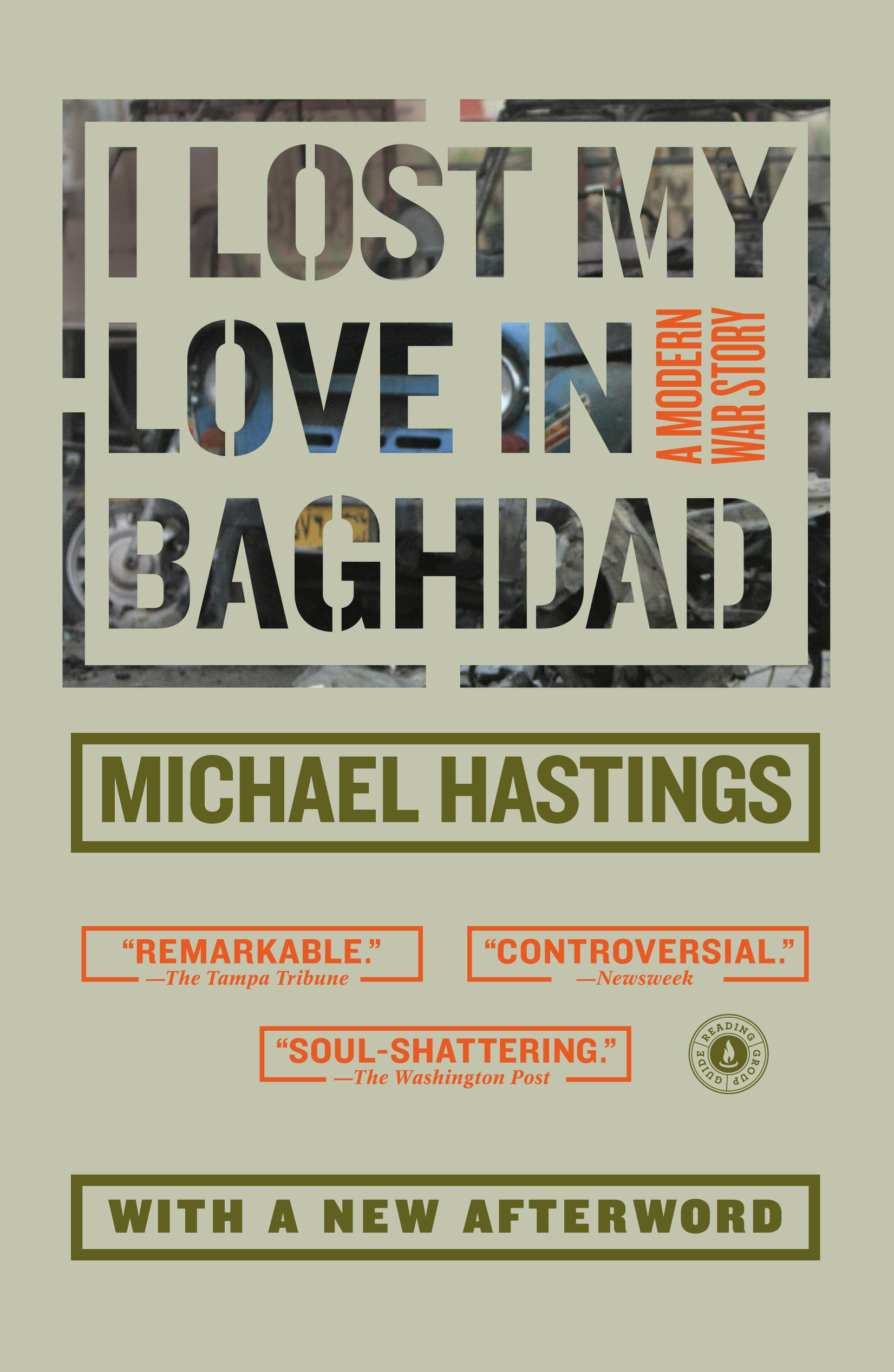 By Michael Hastings
LIST PRICE $11.99
PRICE MAY VARY BY RETAILER

At age twenty-five, Michael Hastings arrived in Baghdad to cover the war in Iraq for Newsweek. He had at his disposal a little Hemingway romanticism and all the apparatus of a twenty-first-century reporter -- cell phones, high-speed Internet access, digital video cameras, fixers, drivers, guards, translators. In startling detail, he describes the chaos, the violence, the never-ending threats of bomb and mortar attacks, the front lines that can be a half mile from the Green Zone, that can be anywhere. This is a new kind of war: private security companies follow their own rules or lack thereof; soldiers in combat get instant messages from their girlfriends and families; members of the Louisiana National Guard watch Katrina's decimation of their city on a TV in the barracks.

Back in New York, Hastings had fallen in love with Andi Parhamovich, a young idealist who worked for Air America. A year into their courtship, Andi followed Michael to Iraq, taking a job with the National Democratic Institute. Their war-zone romance is another window into life in Baghdad. They call each other pet names; they make plans for the future; they fight, usually because each is fearful for the other's safety; and they try to figure out how to get together, when it means putting bodyguards and drivers in jeopardy.Then Andi goes on a dangerous mission for her new employer -- a meeting at the Iraqi Islamic Party headquarters that ends in catastrophe.

Searing, unflinching, and revelatory, I Lost My Love in Baghdad is both a raw, brave, brilliantly observed account of the war and a heartbreaking story of one life lost to it.

Michael Hastings (1980-2013) was a contributing editor to Rolling Stone and a reporter for Buzzfeed. In 2008, he covered the US presidential election for Newsweek. His work appeared in GQ, The Washington Post, Los Angeles Times, Slate, Salon, Foreign Policy, The Daily Beast, and a number of other publications. In 2011, he was awarded the George Polk Award for magazine reporting for his story in Rolling Stone, “The Runaway General.” He is the author of I Lost My Love in Baghdad: A Modern War Story (Scribner, 2008) and The Operators: The Wild and Terrifying Inside Story of America’s War in Afghanistan (Blue Rider, 2012).

"There's a long tradition of young reporters going off to wars that test their journalism skills and their capacity to absorb emotional pain. Michael Hastings's pain was off the charts, but he manages to tell his story -- and the tragic story of his girlfriend Andi -- with dignity, humor, and grace. This is a searing personal drama and a raw, compelling account of the daily battle to cover the war in Iraq." -- Andrew Nagorski, author of The Greatest Battle: Stalin, Hitler, and the Desperate Struggle for Moscow That Changed the Course of World War II

"Love and war always make for a potent brew, and in Michael Hastings's new book they infuse the horror in Iraq with an immediacy and a poignant sense of loss that are light-years away from the numbingly remote headlines we've been reading. This is what really happens when love, youth, and innocence descend into the abyss of death and devastation that is Iraq." -- Craig Unger, author of House of Bush, House of Saud and American Armageddon

“Outstanding … The world Hastings describes is choked with the craziness that characterizes all great war books.”
— The Sydney Morning Herald

“This is what really happens when love, youth, and innocence descend into the abyss of death and devastation that is Iraq.”
— Craig Unger, author of House of Bush, House of Saud and American Armageddon

"A wrenching book... Some people loved the book and some people hated the book for it being so personal, so emotional, and angry, but that was really the whole point, and that's why he did. Michael was angry. He was also loving and thoughtful and constructive and brilliant."

By Michael Hastings
LIST PRICE $11.99
PRICE MAY VARY BY RETAILER