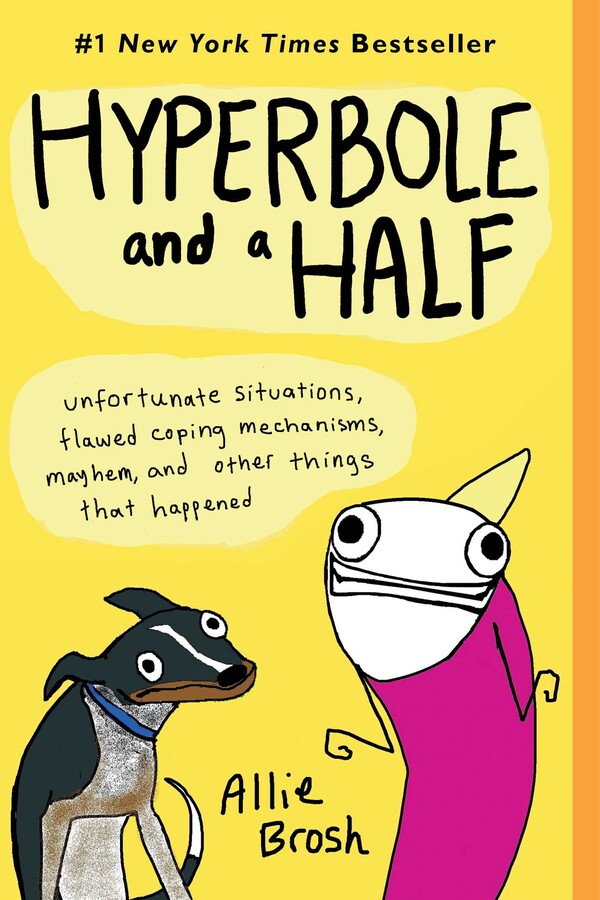 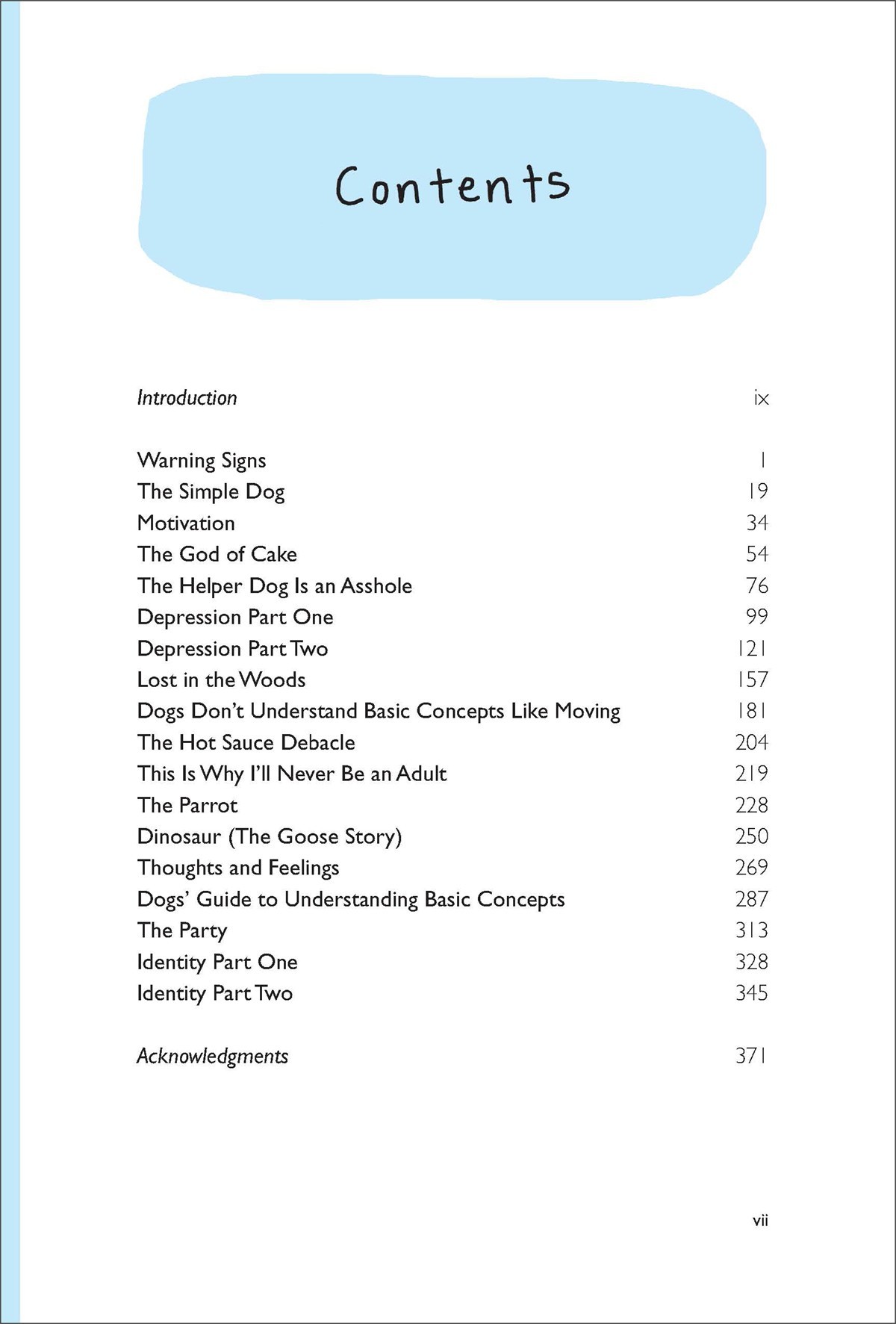 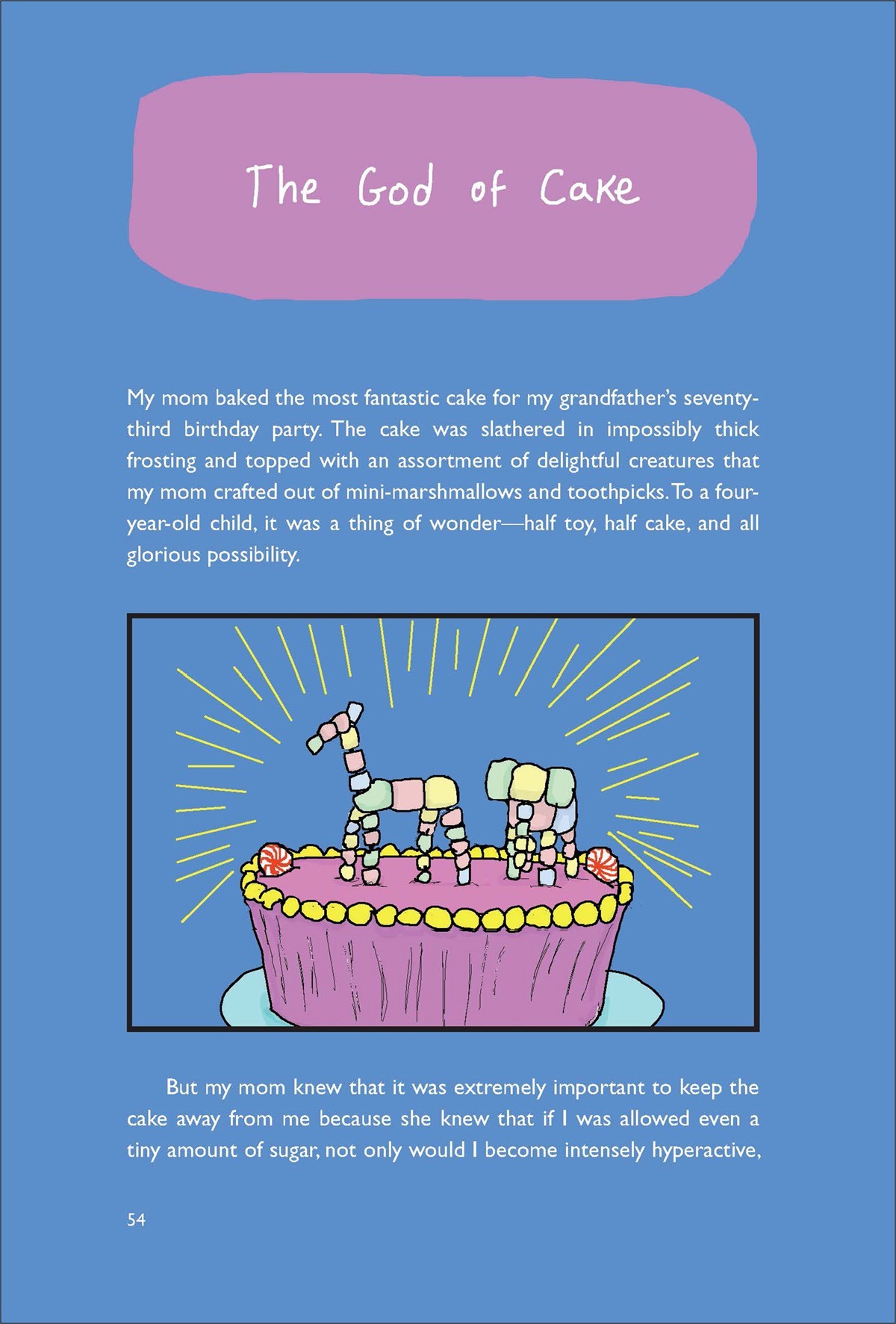 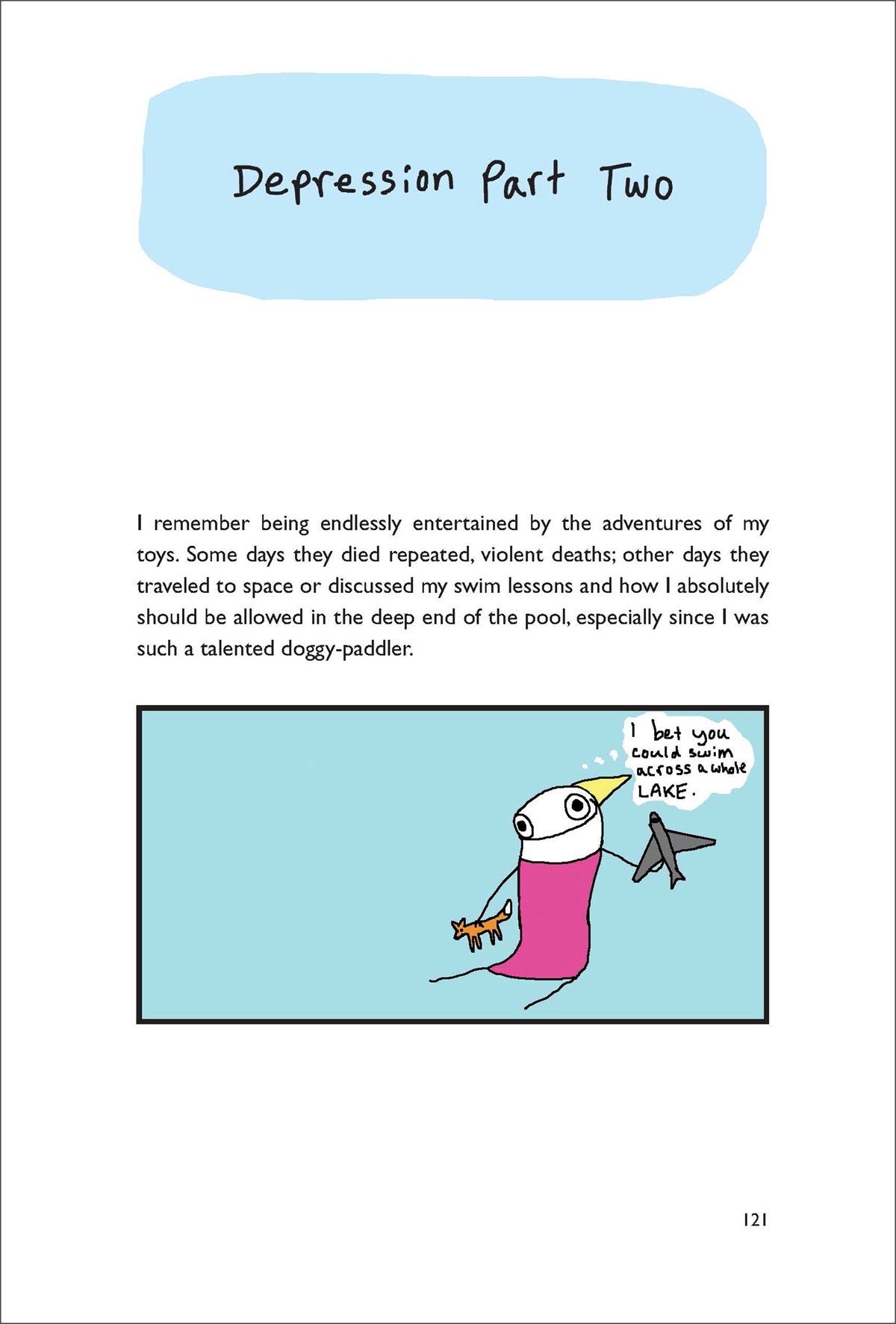 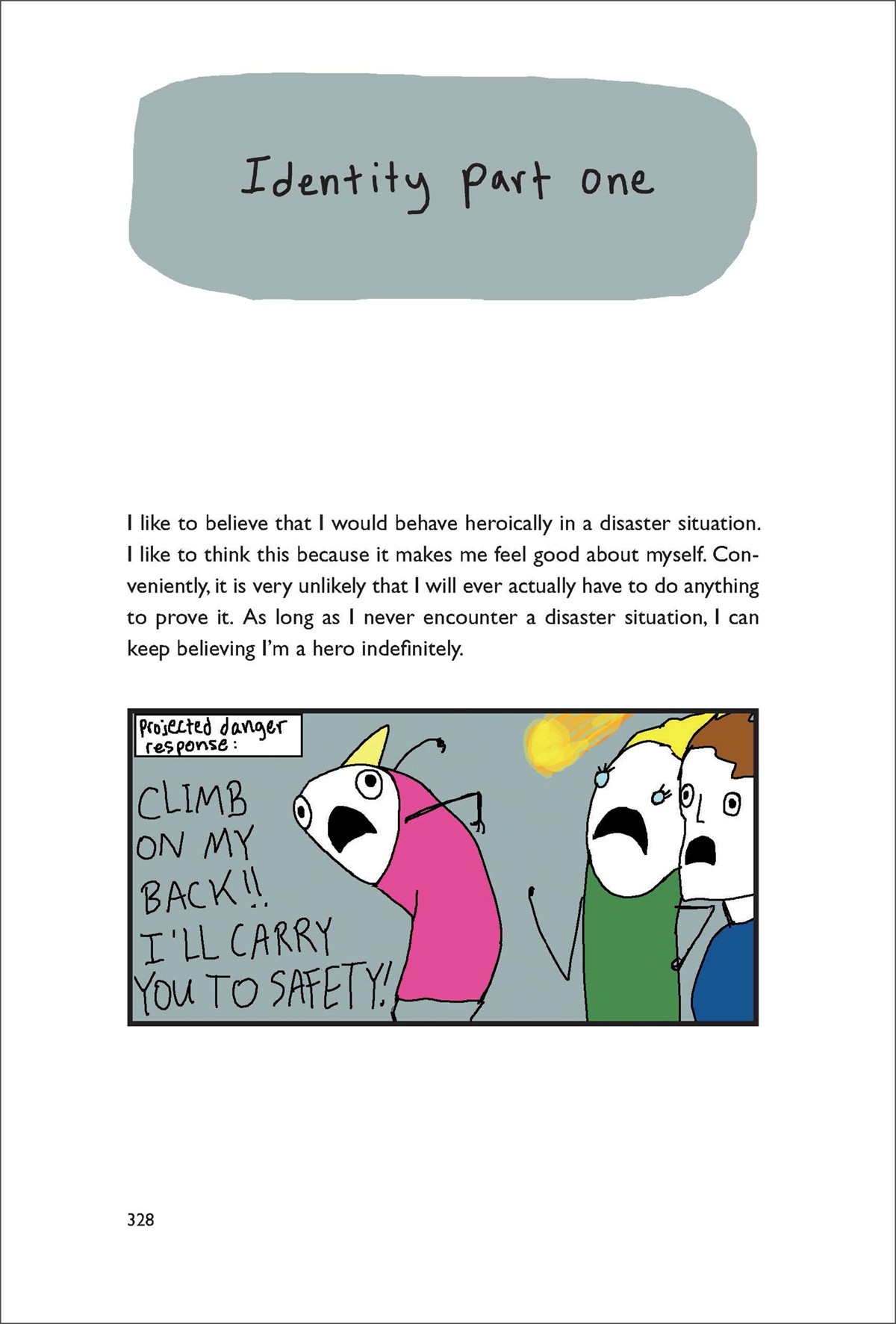 Hyperbole and a Half

By Allie Brosh
LIST PRICE $12.99
PRICE MAY VARY BY RETAILER

“Funny and smart as hell” (Bill Gates), Allie Brosh’s Hyperbole and a Half showcases her unique voice, leaping wit, and her ability to capture complex emotions with deceptively simple illustrations.

FROM THE PUBLISHER:
Every time Allie Brosh posts something new on her hugely popular blog Hyperbole and a Half the internet rejoices.

This full-color, beautifully illustrated edition features more than fifty percent new content, with ten never-before-seen essays and one wholly revised and expanded piece as well as classics from the website like, “The God of Cake,” “Dogs Don’t Understand Basic Concepts Like Moving,” and her astonishing, “Adventures in Depression,” and “Depression Part Two,” which have been hailed as some of the most insightful meditations on the disease ever written.

Brosh’s debut marks the launch of a major new American humorist who will surely make even the biggest scrooge or snob laugh. We dare you not to.

FROM THE AUTHOR:
This is a book I wrote. Because I wrote it, I had to figure out what to put on the back cover to explain what it is. I tried to write a long, third-person summary that would imply how great the book is and also sound vaguely authoritative—like maybe someone who isn’t me wrote it—but I soon discovered that I’m not sneaky enough to pull it off convincingly. So I decided to just make a list of things that are in the book:

*These are lies. Perhaps I have underestimated my sneakiness! 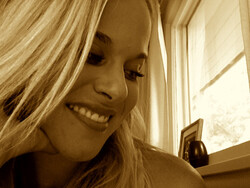 courtesy of the author
Allie Brosh

Allie Brosh is the author of the #1 New York Times bestsellers Solutions and Other Problems and Hyperbole and a Half, which was named the Goodreads Choice Award Winner for Best Humor Book of the Year. Brosh has also given herself many prestigious awards, including “fanciest horse drawing” and “most likely to succeed.” Find out more at HyperboleandaHalf.blogspot.com.

"I must have interrupted Melinda a dozen times to read to her passages that made me laugh out loud. . . . The adventures she recounts are mostly inside her head, where we hear and see the kind of inner thoughts most of us are too timid to let out in public. Despite her book’s title, Brosh’s stories feel incredibly—and sometimes brutally—real. . . . It is no hyperbole to say I love her approach—looking, listening, and describing with the observational skills of a scientist, the creativity of an artist, and the wit of a comedian."

“I would gladly pay to sit in a room full of people reading this book, merely to share the laughter.”

"My wife, who rarely reads a book published after 1910 and who is difficult to make laugh, wept with pleasure while reading these comic illustrated essays from Ms. Brosh, who runs a popular web comic and blog. I had to find out what the fuss was about. The subjects run from light (cakes, dogs) to dark (the author’s own severe depression), and they foreground offbeat feeling and real intellect. Ms. Brosh’s inquisitive mind won me over, too.”

“In a culture that encourages people to carry mental illness as a secret burden . . . Brosh's bracing honesty is a gift.”

“Brosh captures humanity at its simultaneous worst and best with a razor wit that allows us to laugh at even our darkest of selves.”

"Will make you laugh until you sob, even when Brosh describes her struggle with depression."

"This is the BOOK OF THE YEAR."

“One of the best things I’ve ever read in my life.”

"This book made me laugh, cry, and leak. It was honest, poignant, and ridiculously silly in all the best ways and I'm better for having read it. Plus, doggies!"

– Jenny Lawson, The Bloggess and author of Let's Pretend This Never Happened

"An Internet-era treasure, an unexpected wonder of the 21st century."

“Brosh is a connoisseur of the human condition.”

"Brosh is an evocative writer who bares her foibles and shortcomings, from childhood to her present life, with a lack of vanity and a sense of catharsis that is palpable."

“Get this for the smart people who appreciate humor in your life, and they won't be disappointed."

“The whole blog is inspired.”

“Anyone seeking an accessible look at someone suffering from depression or some really delightful dog drawings need search no further.”

"Both singular and familiar—the popularity of Brosh's blog and her absurd, exuberant voice meant that she started a lot of memes you might have come across—Hyperbole and a Half is a very funny reminder that it's normal to not have your shit together, and to know that it's okay to ask for help."

Hyperbole and a Half

By Allie Brosh
LIST PRICE $12.99
PRICE MAY VARY BY RETAILER