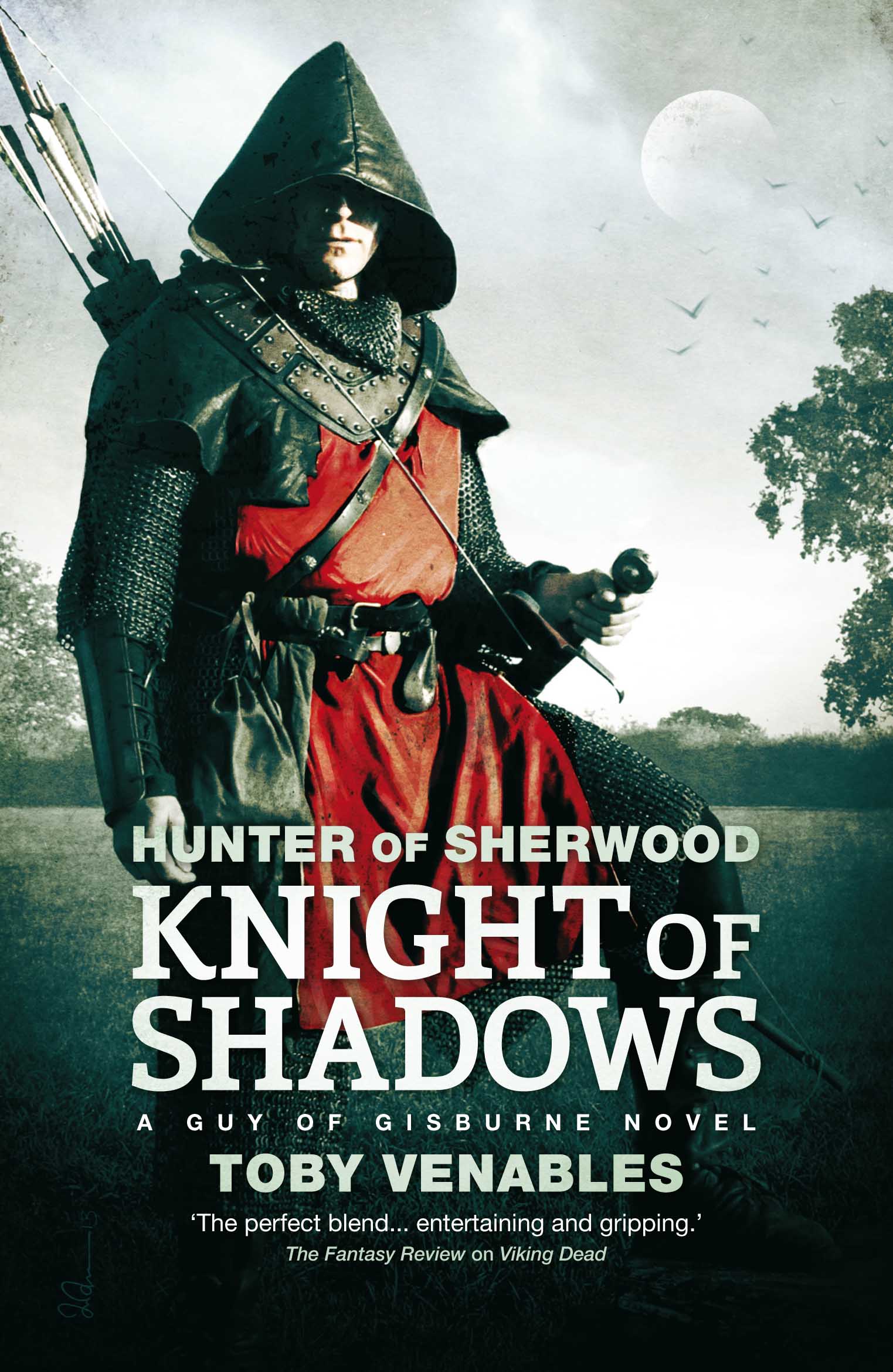 Hunter of Sherwood: Knight of Shadows

By Toby Venables
LIST PRICE $7.99
PRICE MAY VARY BY RETAILER

Guy of Gisburne has a story, one the liar Robin Hood has obscured for centuries. In legend he was the Sheriff of Nottingham's henchman, the man who could not defeat Hood. But this errant knight, spy for the crown and hunter of Sherwood was never anyone's accomplice, or petty hoodlum. This thrilling reinvention of the Robin Hood legend is the beginning of a major new series. As George MacDonald Fraser's Flashman reinvented a character from Tom Brown's Schooldays, so Toby Venables finds Guy of Gisburne a character in the most thrilling episodes of his age.

England, 1191. Richard the Lionhearted, cutting a swathe through the Holy Land in his quest for glory, has left the realm bankrupt and leaderless. Only Prince John, his name blackened by the lies of his enemies, seems willing to fight back the tide of chaos that threatens the heart of England – a wave of anarchy embodied by the traitorous troublemaker known as 'the Hood'. • But John has a secret weapon: Guy of Gisburne – outcast, mercenary, survivor of Hattin, and now knight – a man wronged by Hood, disavowed, disinherited and all but destroyed by Richard. As an agent of John, he is sent to do his bidding and outwit enemy agents bent on England's destruction. With his world-weary squire Galfrid in tow, and equipped with some deadly 12th century gadgetry, Gisburne's first quest takes him from the Tower of London, along the pilgrim routes of France to the hectic crusader port of Marseille – leading him into increasingly brutal, bloody encounters with the man they call 'The White Devil': the fanatical Templar, Tancred de Mercheval. • Relentlessly pursued on his way back to England, and aided by the beautiful Mélisande de Champagne – who has a secret of her own – Gisburne battles his way with sword, lance and bow. Through icy mountain passes and wolf-infested forests, he hurtles towards the inevitable, bitter confrontation at the Castel de Mercheval. But beyond it – if he can survive – lies an older and even more unpredictable adversary.

Historical Fantasy has never been such fun! This novel, [is] set during the Robin Hood era of Prince John’s rule, Guy of Gisbourne is a knight enlisted to capture the skull of John the Baptist from the French King Philip.

Magnificent, action-packed fantasy. This is a fast-paced book that never lets up from its opening pages.

The Historical world is rich and chaos-filled, and the brutal sword-fighting and action are an integral part of the story as Guy struggles across to Marseilles and back.

Exceptional story, great characters, rich and varied settings, and simply irresistible writing.
What more can you ask for from a historical fantasy.

Hunter of Sherwood: Knight of Shadows

By Toby Venables
LIST PRICE $7.99
PRICE MAY VARY BY RETAILER