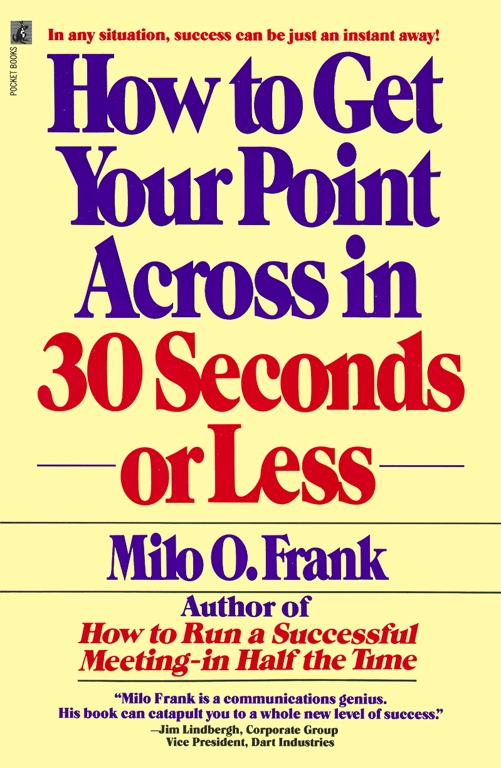 How to Get Your Point Across in 30 Seconds or Less

How to Get Your Point Across in 30 Seconds or Less