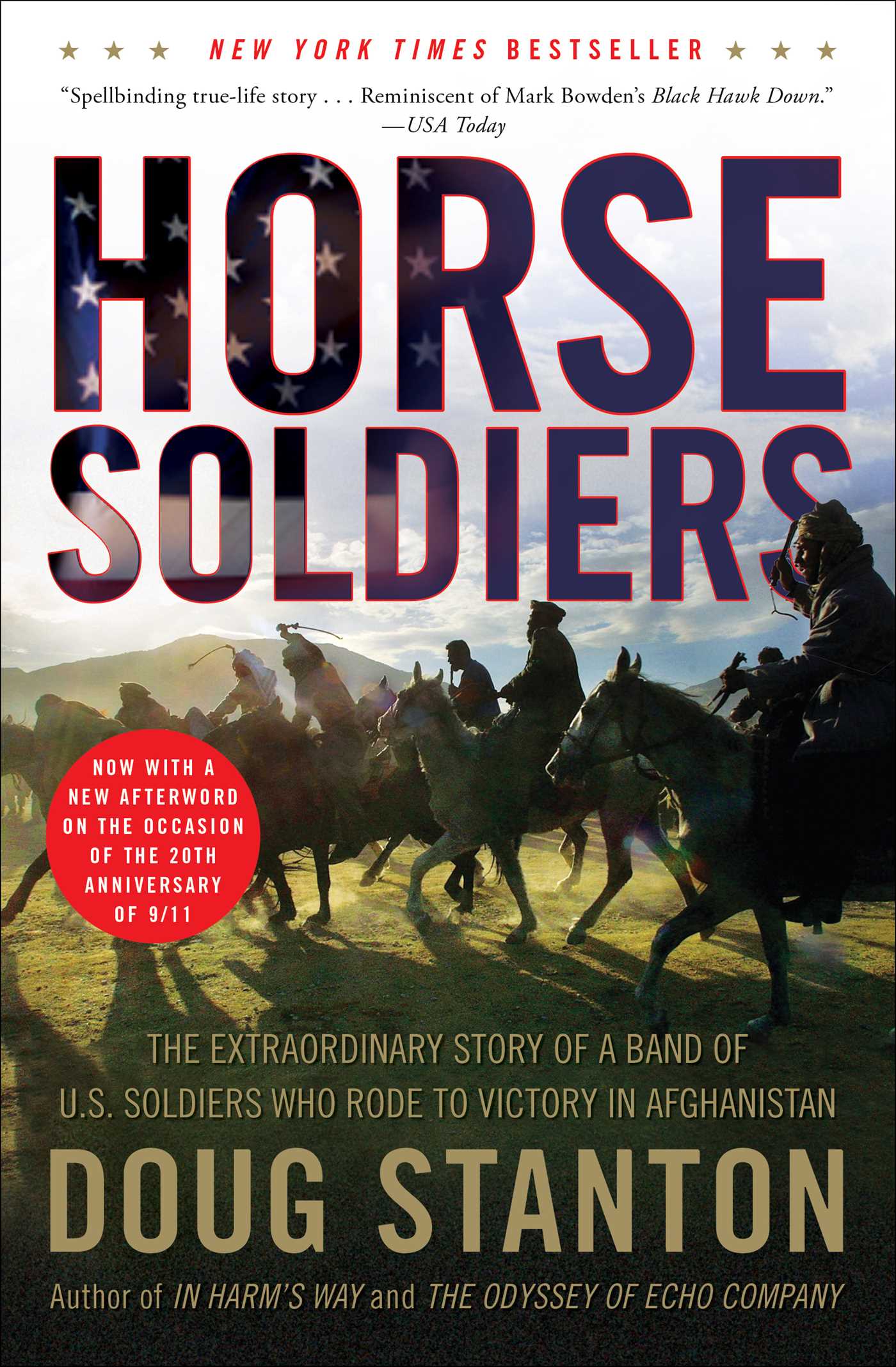 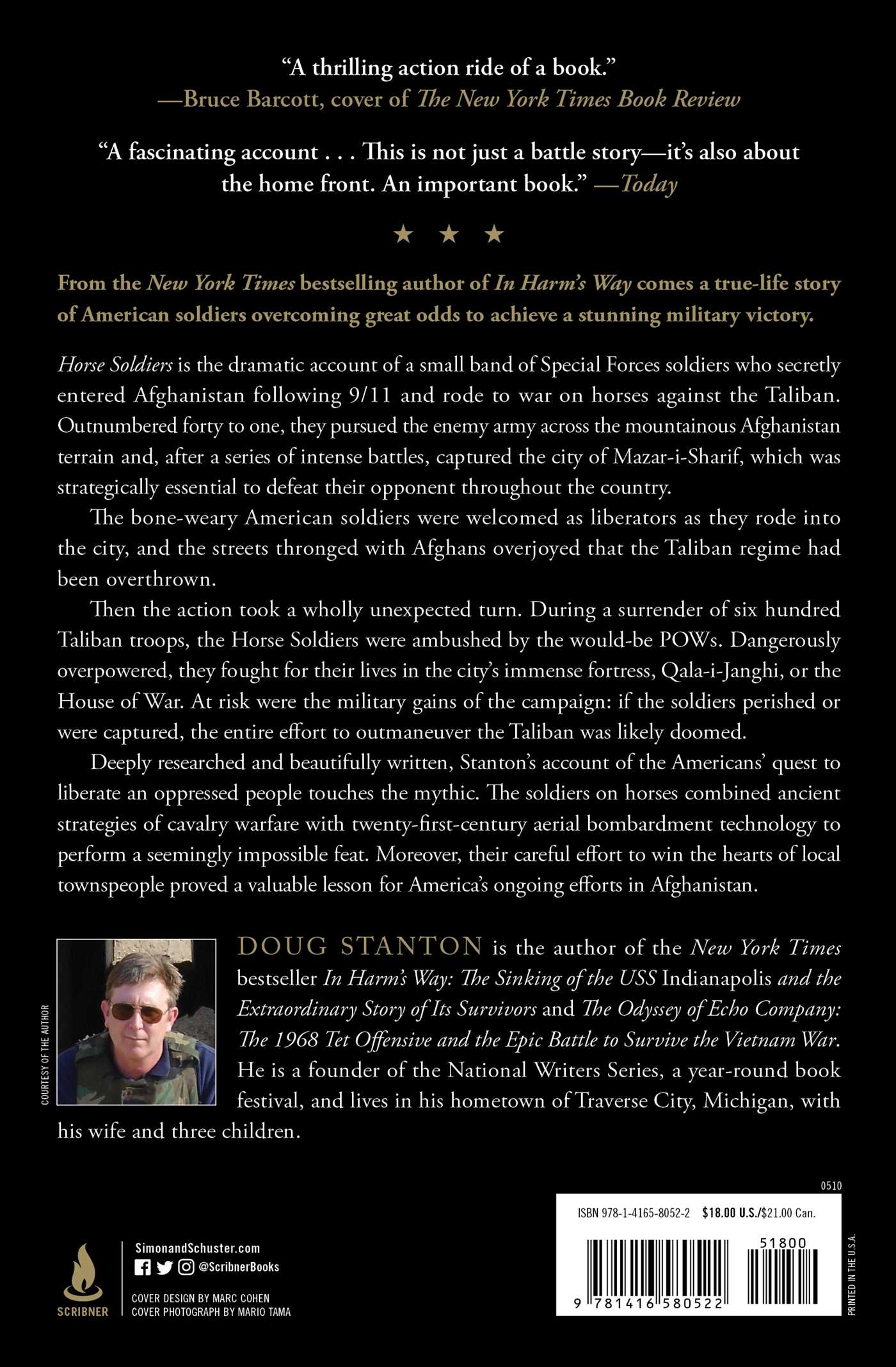 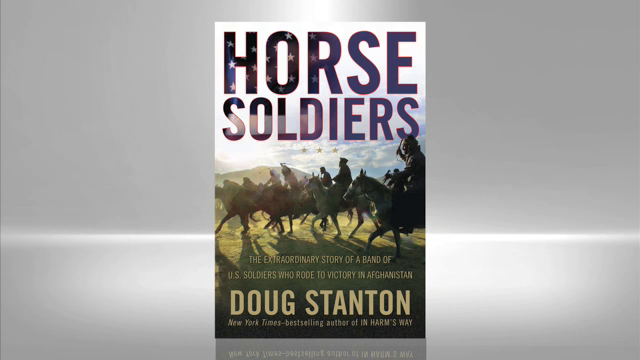 Horse Soldiers is the dramatic account of a small band of Special Forces soldiers who secretly entered Afghanistan following 9/11 and rode to war on horses against the Taliban. Outnumbered forty to one, they pursued the enemy army across the mountainous Afghanistan terrain and, after a series of intense battles, captured the city of Mazar-i-Sharif, which was strategically essential to defeat their opponent throughout the country.

The bone-weary American soldiers were welcomed as liberators as they rode into the city, and the streets thronged with Afghans overjoyed that the Taliban regime had been overthrown.

Then the action took a wholly unexpected turn. During a surrender of six hundred Taliban troops, the Horse Soldiers were ambushed by the would-be POWs. Dangerously overpowered, they fought for their lives in the city’s immense fortress, Qala-i-Janghi, or the House of War. At risk were the military gains of the entire campaign: if the soldiers perished or were captured, the entire effort to outmaneuver the Taliban was likely doomed.

Deeply researched and beautifully written, Stanton’s account of the Americans’ quest to liberate an oppressed people touches the mythic. The soldiers on horses combined ancient strategies of cavalry warfare with twenty-first-century aerial bombardment technology to perform a seemingly impossible feat. Moreover, their careful effort to win the hearts of local townspeople proved a valuable lesson for America’s ongoing efforts in Afghanistan.

1.       Were you surprised to learn of America’s secret effort to attack the Taliban in the fall of 2001, or did you already know about it? How advisable was this plan? Does knowing about the success of this campaign change your understanding of America’s war in Iraq, which followed?

2.       As Doug Stanton shows, the American soldiers preparing for their mission to Afghanistan were yanked out of their lives and family relationships to go to war. How did you respond to his portrayal of the men and women involved? Did this exposition add to the power of the story, or were you impatient for the action to begin? Why? Do you know anyone who served in this or another comparable conflict, and was his or her experience similar?

3.       Doug Stanton felt that the soldiers’ efforts to get into Afghanistan by flying Chinook helicopters over 14,000 ft. mountain peaks was an important part of the story. Do you agree? Did you enjoy knowing what the men went through just get to the battle zone?

5.       This book shows the relationship between a theoretical military strategy, designed by American generals, and its on-the-ground implementation in real-time conditions. How did well were the soldiers able to fight according to plan? What was your reaction to the combination of horses, conventional arms, and high-tech laser bombing? How did you respond to some of the graphic description of war’s carnage? How would the book be different if it didn’t include such description?

6.       The military action in Horse Soldiers is divided between the battle to secure the city of Mazar-i-Sharif and then the defense of the surprise attack in the fortress of Qala-i-Janghi. How do these two actions relate to one another? Did you prefer one over the other, and why?

7.       Horse Soldiers was written by reconstructing the points of view of its participants. Did you enjoy the novelistic technique used? How sympathetic were you, or not, to the portrayal of John Walker Lindh, the American man from California who joined the Taliban and who was discovered in the group of Taliban prisoners by the soldiers?

8.       Although the soldiers bravely retake the Qala-i-Janghi fortress, they are soon dispersed, most never to see each other again. What did you learn about the relationships between soldiers in a time of war?

10.   Doug Stanton worked hard to create an afterword that would put the book in the context of the present time. If you read this afterword, did it add useful perception to your understanding? Or did you mostly like the book for the “war story” that it was? What does this mean about how you read about war, and why?

“A fascinating account…This is not just a battle story—it’s also about the home front. An important book.” –The Today Show