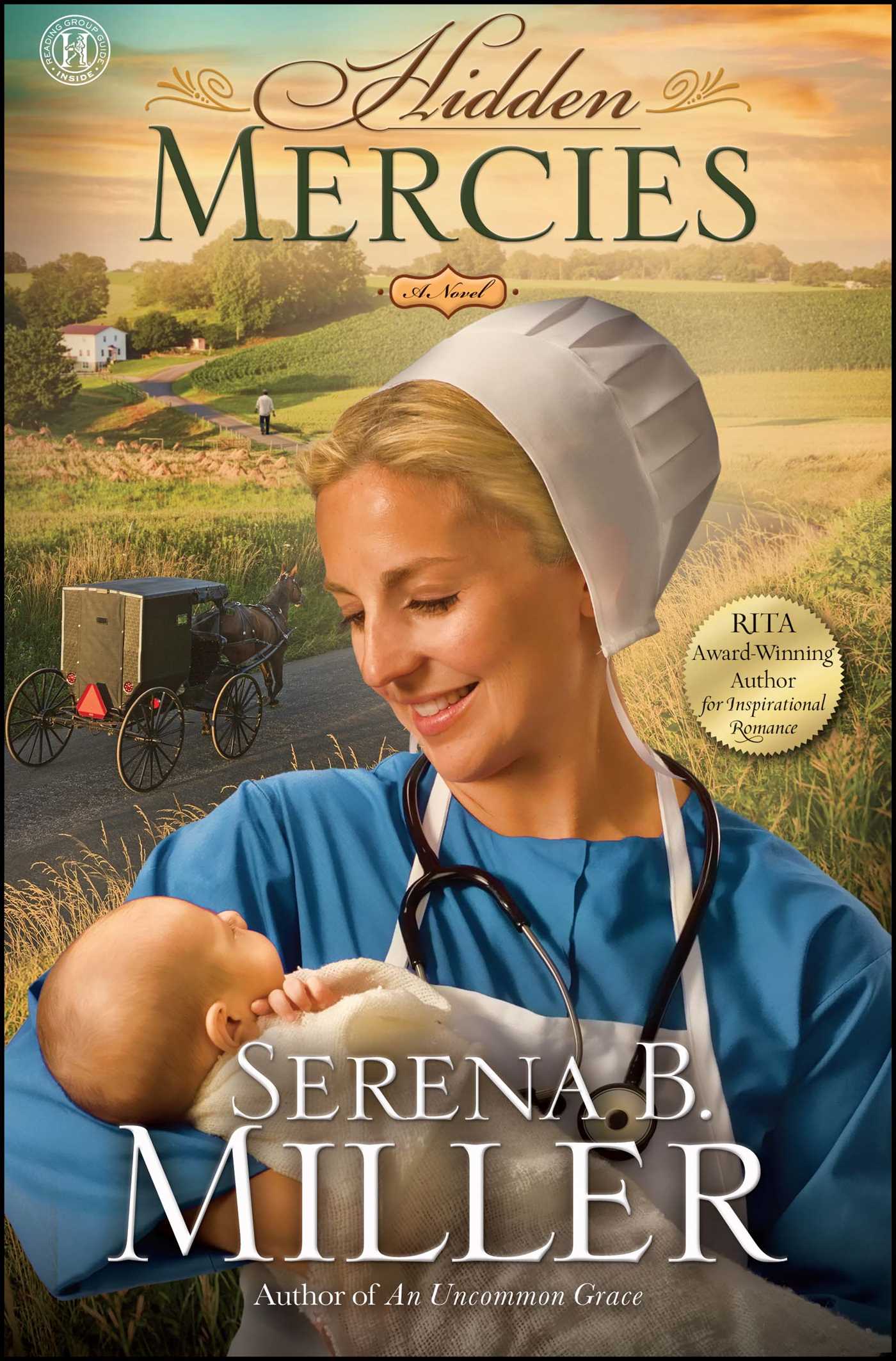 By Serena B. Miller
LIST PRICE $22.99
PRICE MAY VARY BY RETAILER

When Amish widow Claire Shetler is attracted to the man behind her fiancé’s death, they both embark on a healing journey to discover God’s hidden mercies, perfect for fans of Beverly Lewis and Beth Wiseman.

At seventeen, Tobias Miller smashed his cousin’s car into a tree, killing his brother only four hours before he was scheduled to marry Claire Shetler. Unable to live with his father’s bottomless grief and anger, Tobias left the Amish church and ran away to join the Marines. Twenty-seven years later, Tobias, now called Tom, returns to Mt. Hope, Ohio, a wounded, decorated Marine helicopter pilot, and rents an apartment over Claire’s workshop.

A widowed Amish midwife, Claire is struggling to support her family. When Tom rents her room, she does not recognize the disfigured soldier as the boy she once knew. She only sees the money as a godsend, though she is nervous about having a strange man so close by. Claire never dreams that she will end up falling in love with a battle-scarred soldier.

As Claire and Tom fight their way through the traumas of the past, they discover the tender mercies God has hidden along the way—including a loving father who has been praying for his prodigal son to come home and a God who makes all things new.

Time had slowed to a crawl for Captain Tom Miller. The minute hand on the hospital clock seemed to take forever to make it around the clockface. Finally the big hand hit eight o’clock, and he congratulated himself for having made it through another hour. The almost imperceptible tick-tick-tick of the clock had become a constant companion, ticking away the seconds of his life.

The nurse kept her eyes averted as she fussed with taking the lids off the various containers of his breakfast tray. He didn’t blame her. There was a mirror on the underside of his bed tray. He had seen the damage. If he were her, he would keep his eyes averted, too.

Evidently it had fallen on her to feed him today. She must have drawn the short straw.

“The weather?” His voice was raspy. Inhaling the heat from the explosion had caused damage.

The nurses had learned to have the answer ready to that question before they came through the door in the morning. The weather had become a small obsession with him. It reassured him that the outdoors still existed.

“Cold and snowy,” she said.

“Maybe four or five inches fell overnight,” she said. “I don’t know the exact temperature, but it was so cold this morning, I had to wear my heaviest coat.”

From his room at the Walter Reed Army Medical Center, he could see the sky . . . but only the sky. There had been a heavy layer of nimbostratus clouds yesterday evening, and he had silently predicted that there would be anywhere from three to six inches of snow accumulation before morning. It gave him a small feeling of pride that he had predicted correctly. A man didn’t spend as many hours in the air as he had without being able to read the clouds.

“We have some yummy peach yogurt today.”

The nurse was young. She had no idea how emasculating the word yummy sounded to him. He shoved his pride down as she tucked a napkin beneath his chin. He was forty-four years old. A captain in the U.S. Marines. A decorated war hero. He had been trained to withstand torture and avoid capture, and had the skills to escape if incarcerated. The one thing necessary to his survival that he had not been taught was how to keep his ego intact while being fed like a baby.

His hands were still bandaged from instinctively shielding his face when the bomb detonated. His body was covered with multiple shrapnel wounds, and he’d had reconstructive surgery on his left jaw and cheekbone.

“Do you want a sip of milk?” The nurse opened a carton and inserted a straw into it.

Actually, he would prefer a cup of hot, black coffee, but that was not an option. The chances of getting scalded by some clumsy nurse were too great, and he refused to sip his coffee through a straw. Instead, he swallowed the milk and waited for a spoonful of—what was it she’d said? Peach yogurt?

Eggs and bacon would have been his first choice. Fried crisp. The eggs scrambled in real butter. Half a loaf of homemade bread, toasted, with a pot of his mother’s good strawberry jam. Now, that would be a breakfast, but until his throat healed, he was reduced to eating only those things that were easy to swallow.

The nurse glanced over her shoulder at the silent television hanging on the wall. “Do you want me to turn it on for you?”

He had been asked that question so many times.

“It would make time go faster.”

She shrugged and scraped the last bit of yogurt from the plastic container. “Suit yourself.”

The television had been blaring when he first came to this room. At the time, his throat had not healed enough to tell them to turn it off. He had lain there, fighting against the most intense pain he had ever felt, wondering if he would live, wondering if he wanted to live, while being forced to listen to the canned laughter of some silly sitcom when nothing was funny.

The first whispered, raspy words out of his mouth had been “Turn that thing OFF!”

He didn’t buy it.

In his opinion, PTSD was one of those catchphrase mental illnesses that the medical establishment used to pigeonhole and categorize people. Wrap up all the pain, shove it into a neat file folder, and tie it up with a bow.

Oh, that guy? The one with all the bandages. The one sensitive to noise. He has PTSD. Classic symptoms. Understandable under the circumstances. Okay, next patient.

He did not believe that he had PTSD. What he had was a perfectly reasonable desire for quiet. Raised voices, canned laughter, stupid commercials—noise of any kind made his nerves fizz with anxiety and irritation.

Now, at least, he could lie in blessed silence—or as close to it as a hospital could get—dozing in a drug-induced stupor after the morphine shots, enduring the minutes after it had worn off until the next shot was due.

He was not a man who often prayed unless the helicopter he was flying was under fire. Then he would toss off a quick prayer during evasive maneuvers. More often than not, that prayer included a few curse words.

Since the explosion, a set of very specific prayers began running through his head.

If you’ll pull me through this, Lord, I promise to go back home and make things right with my father and Claire. Please let me live. Please let me heal. Please let me walk out of here on my own two feet. Then a scrap of Scripture, vaguely recalled. Remember not the sins of my youth.

By clicking 'Sign me up' I acknowledge that I have read and agree to the privacy policy and terms of use. Free ebook offer available to NEW US subscribers only. Offer redeemable at Simon & Schuster's ebook fulfillment partner. Must redeem within 90 days. See full terms and conditions and this month's choices.
test 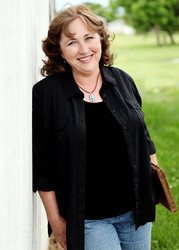 Prior to writing novels, Serena Miller wrote for many periodicals, including Woman’s World, Guideposts, Reader’s Digest, Focus on the Family, Christian Woman, and The Detroit Free Press Magazine. She has spent many years partnering with her husband in full-time ministry and lives on a farm in southern Ohio near a thriving Amish community.

By Serena B. Miller
LIST PRICE $22.99
PRICE MAY VARY BY RETAILER

More books from this author: Serena B. Miller