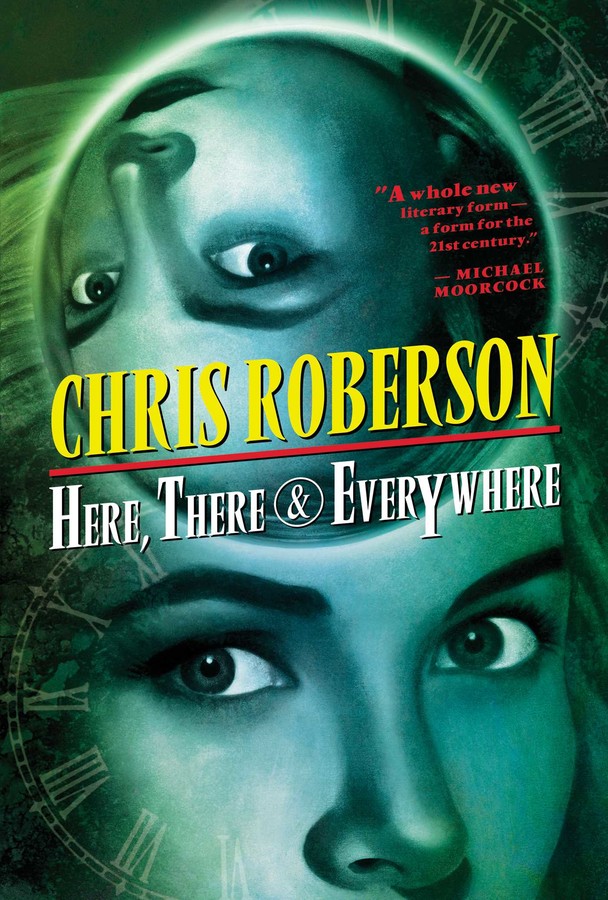 When Roxanne Bonaventure is eleven years old, a dying woman gives her a gift that changes her life utterly, making her a singular creature, with no analogue or equivalent. With the strange device called the "Sofia," she is granted the ability to travel anywhere in space and time, not only through times that were and will be, but also through the worlds that could have been and might someday be. From that day forward, no place or time can contain her, no danger can assail her, no mystery can elude her. From the deepest secrets of the past to the furthest flung visions of the future, Roxanne's life knows no boundaries except those she can imagine. But such power comes at a price: the life she might have led is forever lost to her, twisting away among the infinite threads of the Myriad. Roxanne finds herself isolated, unable to make lasting, meaningful relationships with friends, family, or strangers. Here, There & Everywhere is the story of one woman searching for herself, and for someone with whom to share her life. It is one story, and many stories - the jigsaw puzzle of a life, from youth to old age, projected against the backdrop of everything that ever was, might have been, and may yet be. Roxanne's adventures take her from Victorian England to Ancient Egypt, from the End of Time to the birth of The Beatles. Along the way, she encounters every method of time travel theoretically possible: Visser Wormholes and Tipler Cylinders; a mysterious substance called chronium; and the slow and steady path we all take, moving forward one day at a time. And somewhere in the endlessly splitting paths of the Myriad lies the secret of Roxann