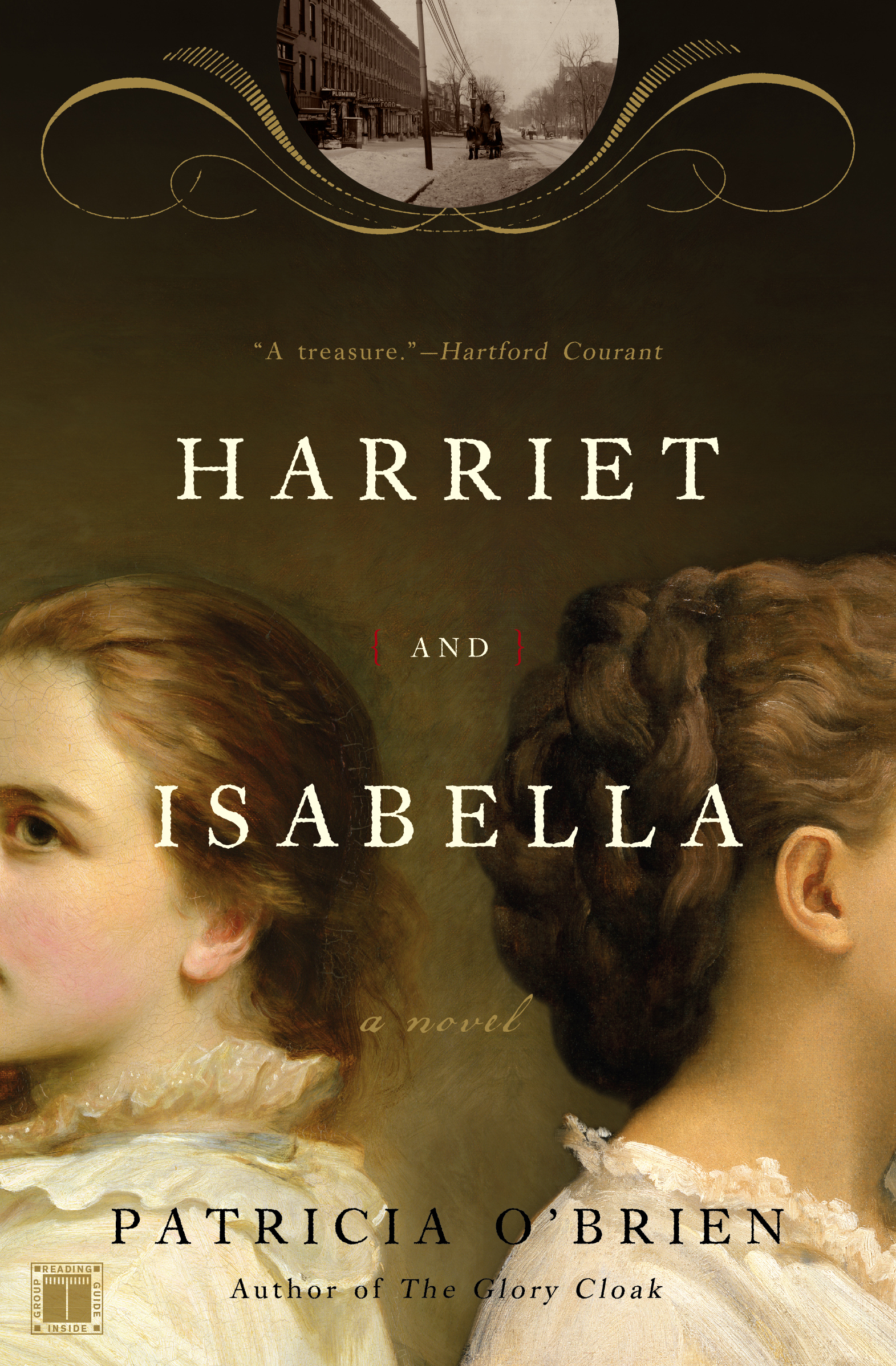 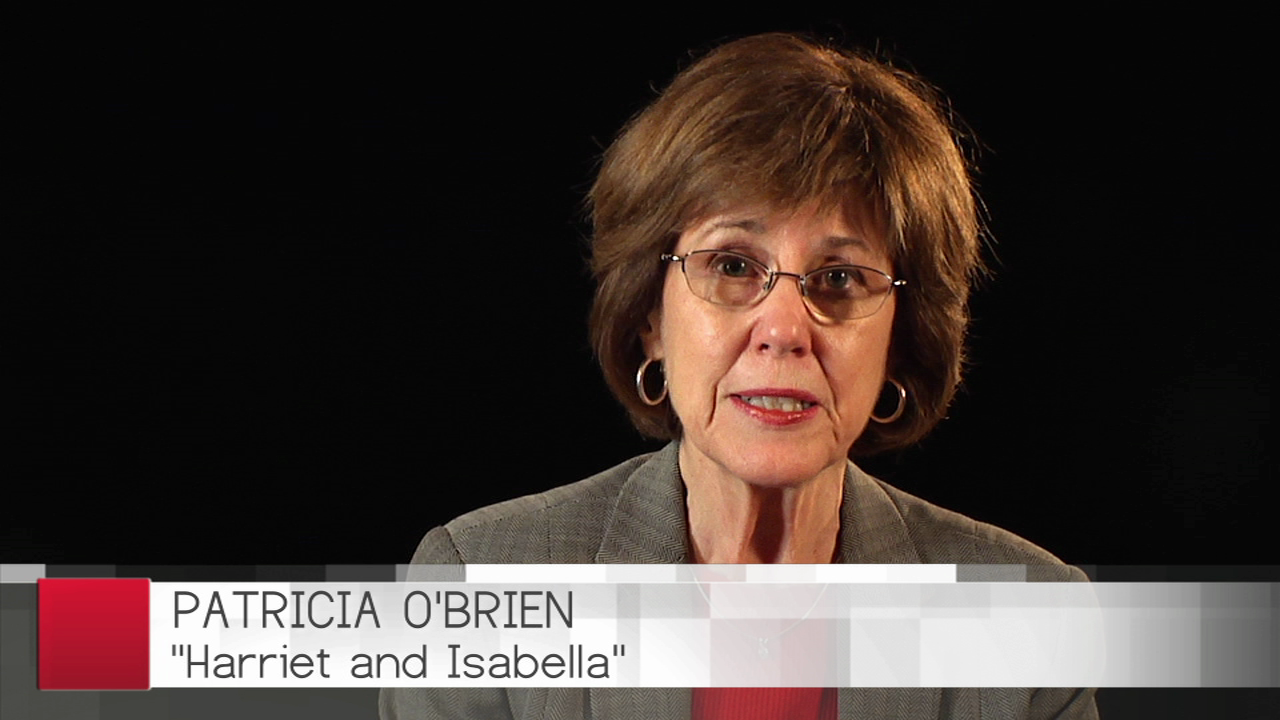 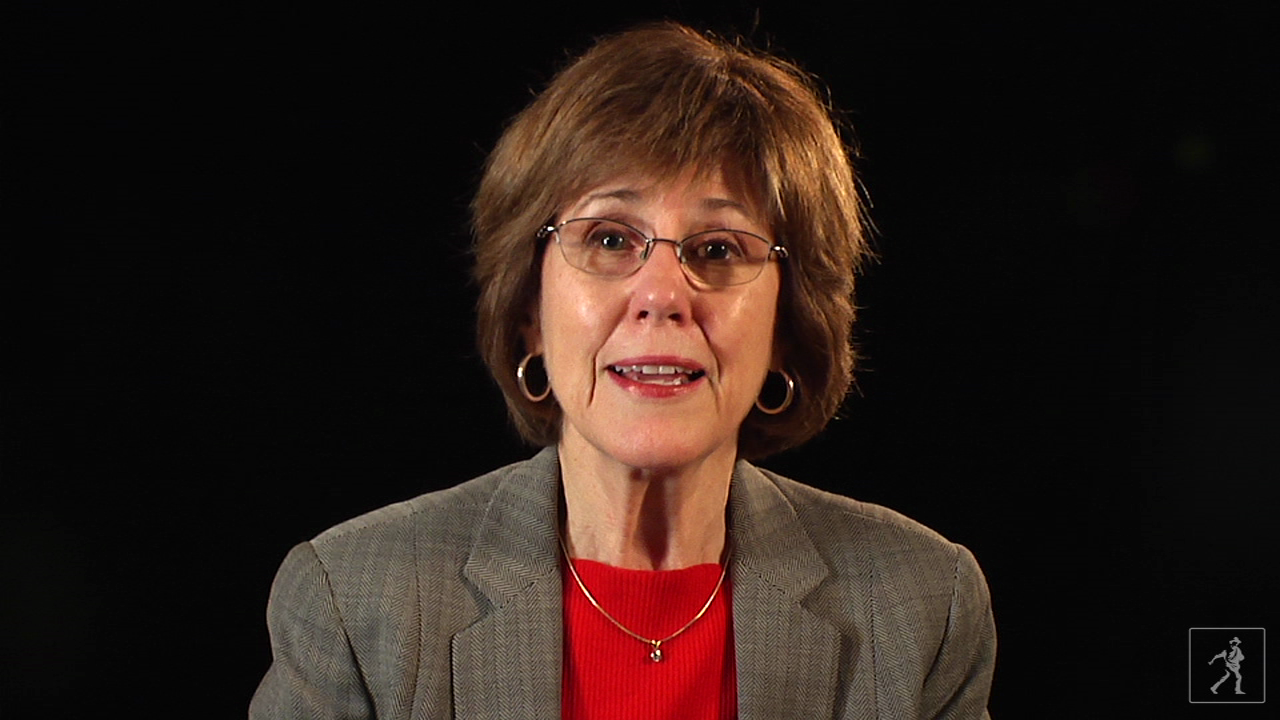 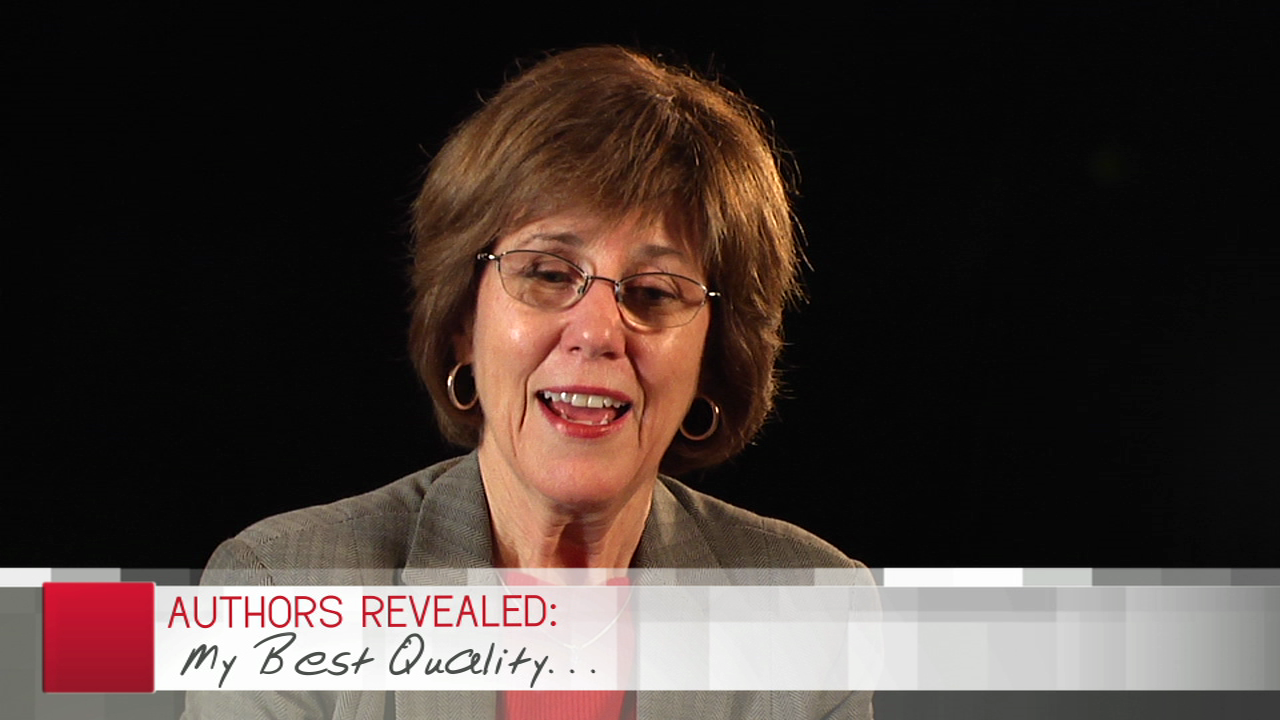 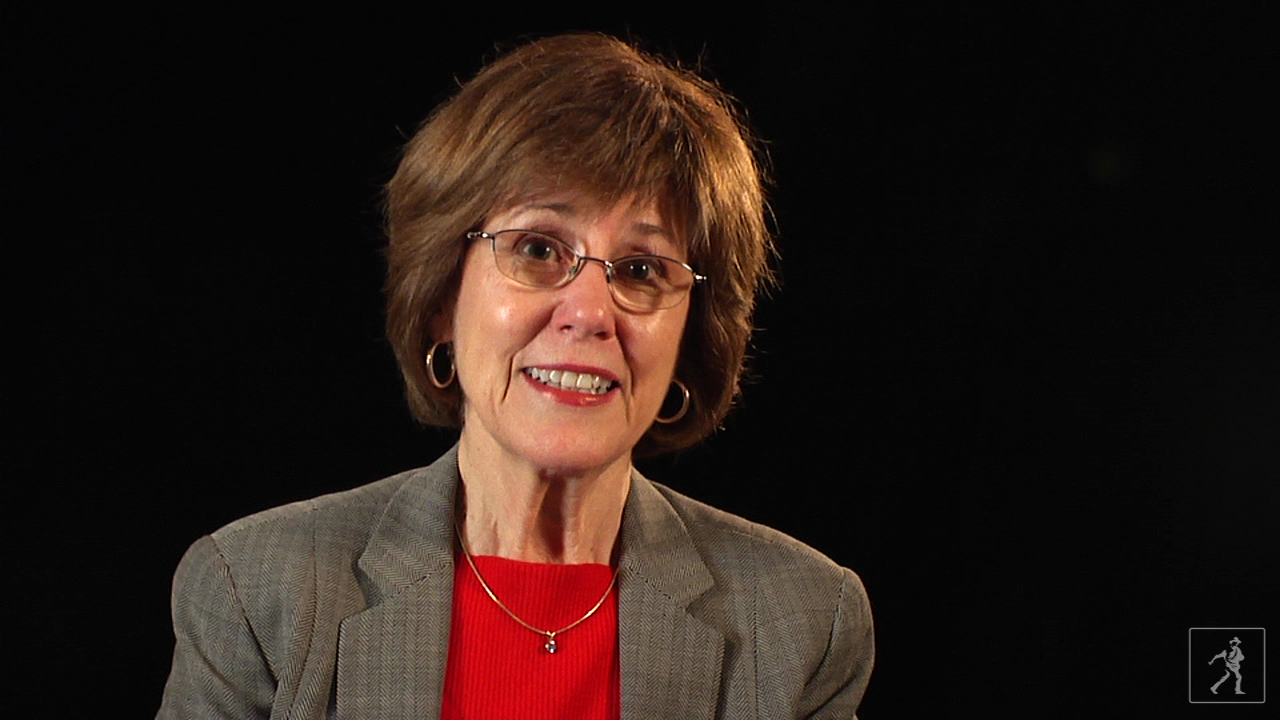 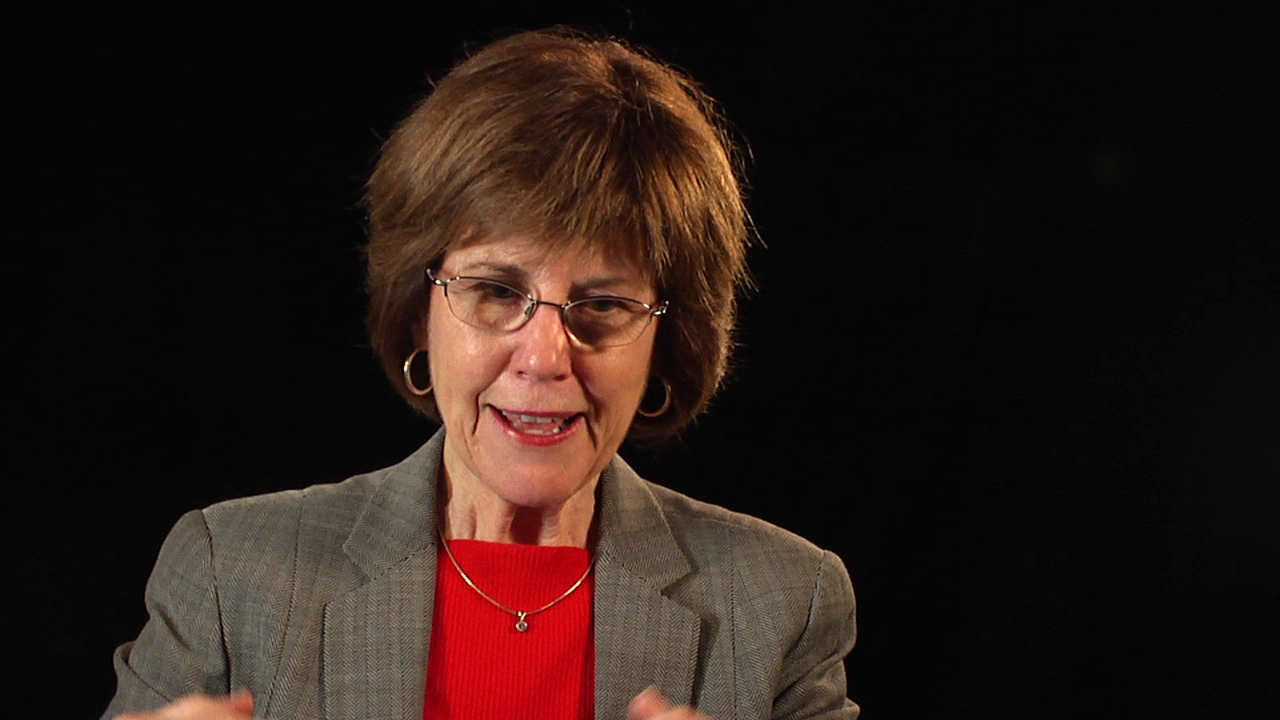 By Patricia O'Brien
LIST PRICE $15.00
PRICE MAY VARY BY RETAILER

It is 1887, and Henry Ward Beecher lies dying. Reporters from around the world, eager for one last story about the most lurid scandal of their time, descend on Brooklyn Heights, their presence signaling the beginning of the voracious appetite for fallen celebrities we know so well today.

When Henry Ward Beecher was put on trial for adultery in 1875, the question of his guilt or innocence was ferociously debated. His trial not only split the country, it split apart his family, causing a particularly bitter rift between his sisters, Harriet Beecher Stowe, author of Uncle Tom's Cabin, and Isabella Beecher Hooker, an ardent suffragist. Harriet remained loyal to Henry, while Isabella called publicly for him to admit his guilt. What had been a loving, close relationship between two sisters plummeted into bitter blame and hurt.

Harriet and Isabella each had a major role in the social revolutions unfolding around them, but what happened in their hearts when they were forced to face a question of justice much closer to home? Now they struggle: who best served Henry -- the one who was steadfast or the one who demanded honesty?

Harriet and Isabella
Discussion Points
1. On page 10, Harriet tells a young Isabella that hypocrisy is the enemy of truth, the coward's way out. What circumstances prompt this moral proclamation, and how deeply does it affect Isabella?
2. Discuss Harriet's and Isabella's opinions of each other as each reflects on the past while Henry lies dying.
3. After seeing a woman struck by her disapproving husband at Anna Dickinson's speech in Hartford, Isabella realizes how closely paralleled are slavery and the treatment of women, especially underprivileged women. What similarities do you see in the abolition and women's suffrage movements and their philosophies as described in this novel? Do you agree that the situation of the slave and that of the nineteenth-century woman is similar? Why or why not?
4. Mary Beecher points out to Harriet that betrayal is never simple. Consider those characters accused of betrayal in this novel, such as Isabella, Frank Moulton, Elizabeth Tilton, and Victoria Woodhull. Why do you think these characters did what they did?
5. Henry is furious with Isabella, yet Harriet is the one who leads the family in ostracizing her. How much of Isabella's supposed betrayal does Harriet take personally? What clues tell you that Harriet's outrage and hurt may be more about Harriet herself than on Henry's behalf?
6. How does Isabella's role as the "baby" of the family affect how she leads her life? How much do you think it influences her commitment to the suffrage movement and to Victoria Woodhull?
7. When Isabella confronts Henry about his supposed affair with Elizabeth Tilton on page 125, why is she so sure that he's lying? What does she mean when she says that the contempt in his voice is so telling?
8. In addition to the belief that Isabella's pleading note to Henry only adds to the public appearance of his guilt, the Beecher siblings seem to feel that the very idea Isabella proposes -- to admit his guilt and ask forgiveness of his congregation -- is insane. What do you think? Is Isabella naïve to think that Henry's admission would really end the scandal and promote healing?
9. In a private moment of honesty, Tom Beecher tells Isabella that he believes that Henry has slippery doctrines of expediency. What do you think drove Victoria to attack him? How much do her motives influence how her actions are judged? How much should her motives matter?
10. Why isn't it enough for the Beechers that Isabella promises that she'll say nothing about the matter for the rest of her life? What are they more upset about -- Victoria's claim that Isabella confirmed Henry's guilt to her in private, or that Isabella thinks Henry actually is guilty?
11. Why is Isabella so adamant in refusing to defend her brother when she does not, in fact, know that he is guilty? Why is she more willing to believe the rumor mill and Victoria Woodhull than her own brother?
12. Isabella has a vivid imagination. What do you think her dreams described on pages 165 and 172 symbolize?
13. On page 184, Harriet becomes irritated by the organization of jurors' chairs, saying that she "wants symmetry." What does this reveal about her personality? Does it give you insight into her actions?
14. Why is Isabella unable to convince her sisters of the importance of supporting the women's suffrage movement? As members of an esteemed family, do you think privilege keeps the Beecher women from understanding the plight of the ordinary wife? How else does being privileged affect how the Beechers see and interact with the world?
15. In the wake of Henry's death, Harriet wonders if her loyalty has been less a moral choice and more a way to avoid uncertainty. What do you think? Were both sisters "blind to the costs of stubborn loyalty," as Isabella puts it? Does loyalty take precedence over truth? Would the truth in this situation have precluded Harriet's and the other Beechers' ability to be loyal to Henry?
Enhance Your Book Club Experience
1. Throughout the novel, there are references to many important political and social events that occurred during the mid- to late-nineteenth century, a rich time in American history. Do some research on any historical figure or event from 1852 to 1887, from the abolitionist, women's suffrage, spiritualist, or labor reform movements, to share with your book club.
2. Harriet Beecher Stowe's novel, Uncle Tom's Cabin, is credited with single-handedly waking America up to the evils of slavery and fueling the abolitionist movement. Today, many Hollywood versions are available, including the acclaimed 1987 made-for-TV movie starring Avery Brooks, Samuel L. Jackson and Phylicia Rashad. Rent one of these versions and watch it with your book club or on your own prior to your next meeting.
3. The Beecher family has been called the "Kennedys of their time." Do a little research about the members of the Beecher clan and see how the historical information available lends credence (or contradicts) the fictional accounts given in Harriet and Isabella. 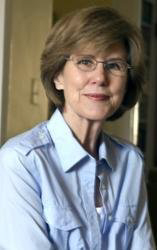 Patricia O'Brien is the author of the critically acclaimed novel The Glory Cloak and co-author of I Know Just What You Mean, a New York Times bestseller. She lives in Washington, D.C.

"Harriet and Isabella takes us right into that fascinating place where power, morality, and human desire meet. In the skilled hands of Ms. O'Brien, the tragic story of the Beecher family becomes a compelling page-turner with unmistakable echoes in our own times." -- Thomas Dyja, author of Play for a Kingdom

"While everyone has heard of Uncle Tom's Cabin and can name its famous author, few know the story of the distinguished family from which she came, the remarkable Beecher clan. In Harriet and Isabella, Patricia O'Brien has brought the Beecher family back to life. These passionate abolitionists, ardent preachers, and reformers are also touchingly fallible human beings, whose loves, feuds, and scandals provide O'Brien with more than a family drama, but rather the drama of an American era." -- Geraldine Brooks, Pulitzer Prize-winning author of March

"Patricia O'Brien has taken a familiar tale of scandal and self-destruction -- the trial of Henry Ward Beecher, with all its ramifications for post-Civil War America -- and has brought it back to life for us in Harriet and Isabella. Beautifully told, in it we see afresh how a family, caught up in their times and celebrated as an example to the nation, began to unravel as the result of Beecher's transgressions and his family's own conflicting loyalties. I found myself caught up in their times and their world through Ms. O'Brien's masterful storytelling." -- Robert Hicks, author of Widow of the South

"The trial of Henry Ward Beecher and its impact provoked an earthquake in the political life of the United States. Now, Patricia O'Brien has given the Beecher family its due long after the original scandal has faded away." -- Gore Vidal, author of Lincoln

"As compelling as it is lovely. The imagined world of perhaps the most influential woman in history, Harriet Beecher Stowe, is moving, vibrant, extraordinarily well informed, and unforgettable. Read and be haunted." -- Patricia Cornwell, bestselling author and descendant of Harriet Beecher Stowe

"Harriet and Isabella is a taut, tension-filled novel about a close-knit family torn apart by accusations of adultery -- and because the family is among the most prominent in American history, the story unfolds against a panorama of abolitionism, politics, and suffrage, while remaining suffused with the small details of daily life which make historical fiction illuminating." -- Lauren Belfer, author of City of Light

"A vivid and expert narrative of deep and complex relationships...." -- Barbara Goldsmith, author of Other Powers: The Age of Suffrage, Spiritualism and the Scandalous Victoria Woodhull

"Riveting...a penetrating tale of sex and temptation and politics and family ties. It turns you into a front-row witness at one of the most sensational scandals of America's past. I couldn't put it down." -- Lynn Sherr, author of Failure Is Impossible: Susan B. Anthony in Her Own Words

"This intriguing novel illuminates the era's political and social struggles as well as the stresses within a celebrity family." -- Library Journal

By Patricia O'Brien
LIST PRICE $15.00
PRICE MAY VARY BY RETAILER