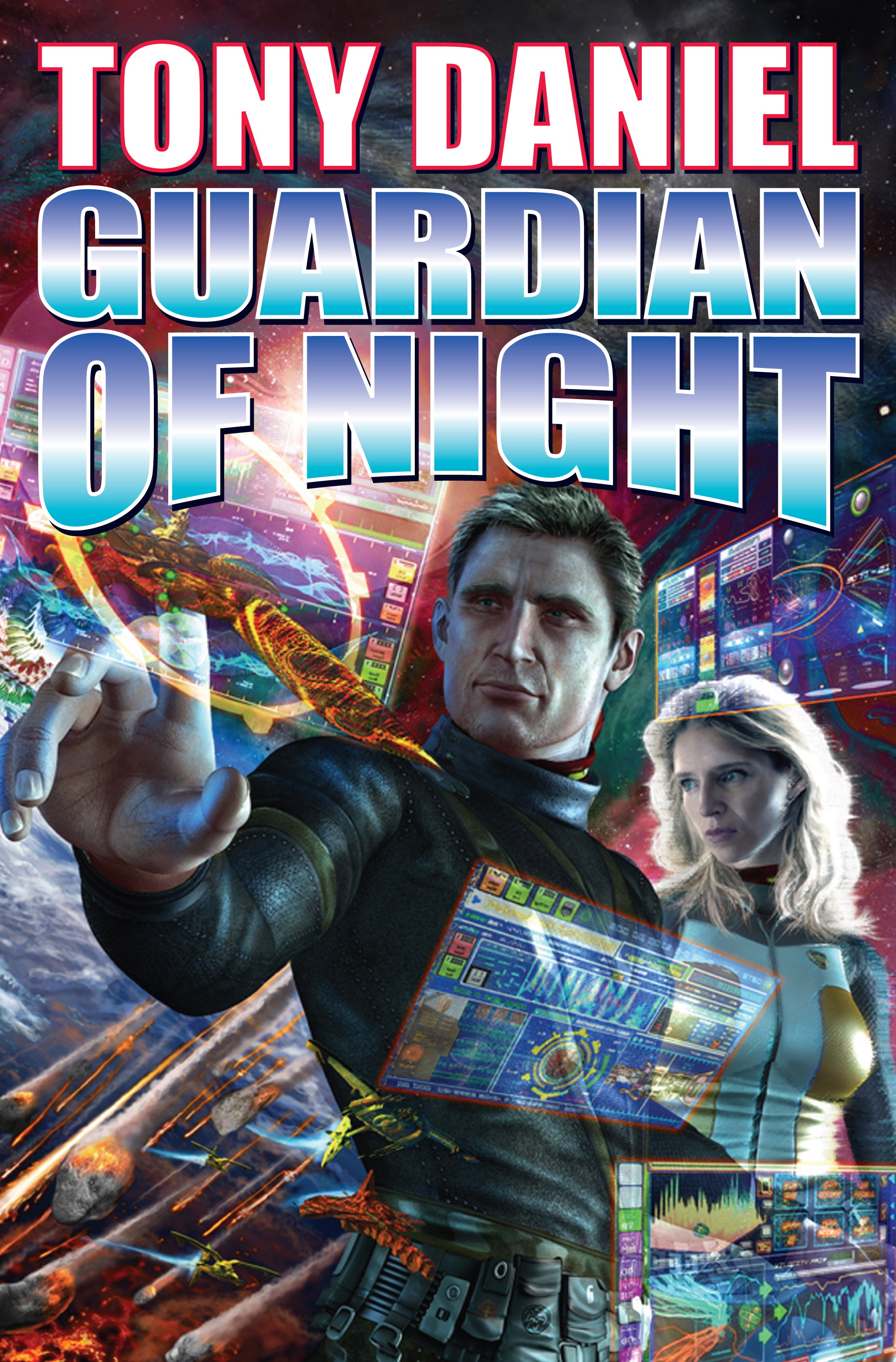 By Tony Daniel
LIST PRICE $13.00
PRICE MAY VARY BY RETAILER

Military science fiction thriller, complete  with a fascinating, defecting ship commander, in the tradition of Sean Connery’s role in The Hunt for Red October.  Heroic space-naval officers makes this a rousing military space thriller with mounting suspense as  the final raging and explosive battle lies ahead at the end of the Solar System.

Dissident alien commander Arid Ricimer and his human allies, Captain Jim Coalbridge and Lieutenant Commander Griff Leher: courageous and very mortal heroes who must face down the forces of a tyrannical star empire.

Captain Arid Ricimer, an alien starship commander with integrity and a clever plan, attempts to defect to Earth with his officers and entire spaceship–a vessel that mounts a superweapon of almost unimaginable power. He’s pursued by his former fleet, a force that has already devastated Earth once and is poised to wipe humanity from existence forever. In a thriller filled with echoes of The Hunt for Red October and cool hard science fiction technology, it’s a desperate gambit for the alien captain and for humanity, as well. Yet after years of battling back from the brink of destruction, the U.S. space navy has the war-tested heroes to rise to the challenge, among them attack ship captain Jim Coalbridge and alien analyst, Griff Leher.

Whether final chapter or victorious turn-around–the players are in motion and the greatest confrontation this sector of the galaxy has ever witnessed is at hand.  All depends on the courage of an honorable alien warrior and the intelligence and daring of his human counterparts and would-be compatriots.

About Guardian of Night:
“[A] large cast of utterly graspable humans, mostly military and political folks, of all ranks and capacities and temperments. Daniel has a keen eye for the kinds of in extremis thinking and behavior that such a wartime situation would engender, acts of desperation, resignation, wild courage, and irrational hope. He paints neither pure villains nor pure heroes, but conflicted individuals each striving to do the best that their own inner light reveals. . .Following in the footsteps of Poul Anderson and Greg Bear, Tony Daniel makes a triumphant return.”—Asimov’s Science Fiction Magazine

“. . .an unparalleled success and could easily become a classic in military science fiction. . .Daniel creates. . .believable aliens as well as humans who are all striving for the same goal: capture the Guardian of Night. I was surprised and delighted by the depth of characterization in this book and recommend it to you heartily.”—Galaxy’s Edge

About Metaplanetary, by Tony Daniel
“[A] panoramic tale of men and women engaged in a war that spans both virtual and normal realities and that calls into question the nature of human intelligence and the price of freedom.”–Library Journal

“Remember his name, and keep watching for whatever he does.”–Roger Zelazny - Author of The Chronicles of Amber

“Daniel proves that the Golden Age of science fiction is right here and now.”–Greg Bear - Multiple Hugo & Nebula winner, author of City at the End of Time

“A fascinating future world which encompasses some of the best science fiction has to offer, along the lines of 'Doc' Smith, Greg Bear, and Bruce Sterling . . .”–Starlog

Tony Daniel is a science fiction writer and author of Star Trek: The Original Series: Devil’s Bargain, Guardian of Night, Metaplanetary, Superluminal, Earthling, Warpath, and short stories such as “A Dry, Quiet War.” With David Drake, he is the author of The Heretic and The Savior. He is also an editor at Baen Books. He’s had multiple stories in Year’s Best anthologies, one of which, “Life on the Moon,” won the Asimov’s Reader’s Poll Award for year’s best story and was nominated for a Hugo Award.

By Tony Daniel
LIST PRICE $13.00
PRICE MAY VARY BY RETAILER