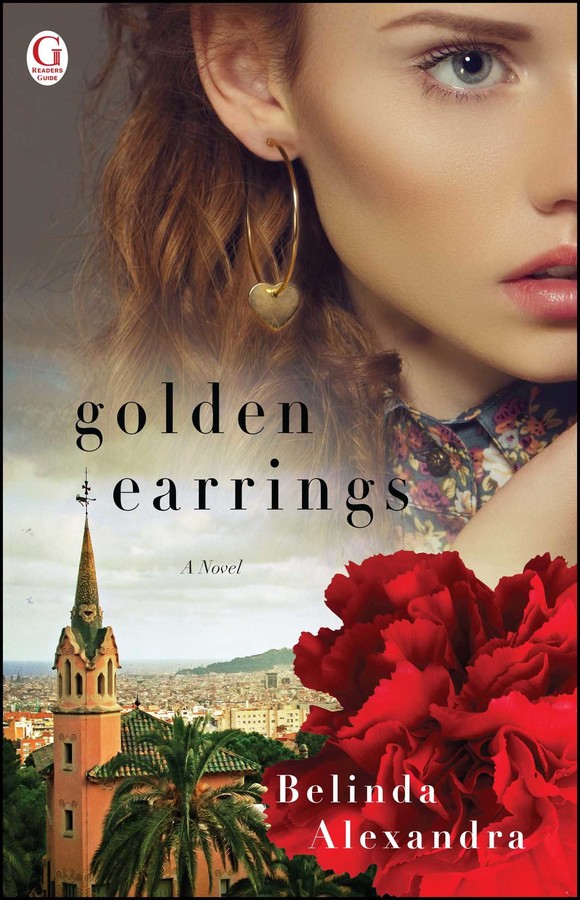 By Belinda Alexandra
LIST PRICE $12.99
PRICE MAY VARY BY RETAILER

For fans of Colleen McCullough, Kate Morton, and Lucinda Riley, a powerful saga of family, love, honor, and betrayal set in historical Barcelona and romantic Paris, from the author of Tuscan Rose.

“You who judge me: come! Let me tell you a story…” Paloma Batton is the granddaughter of Spanish refugees who fled Barcelona after the Civil War. A disciplined student attending the school of the Paris Opera Ballet, Paloma lets little get in the way of her career until she receives a mysterious pair of golden earrings. She begins exploring her Spanish heritage and becomes fascinated by la Rusa, a woman who rose from poverty to become one of the great flamenco dancers of modern times before committing suicide. As Paloma begins to unravel the secrets of the past, she discovers more than one person who had good reason for wanting la Rusa dead—including Paloma’s own grandmother.

Written with the same depth and emotion as Belinda Alexandra’s “rich, unforgettable saga” (Kimberly Freeman, author of Wildflower Hill) Tuscan Rose, Golden Earrings moves between two of the great cities of Europe: Barcelona in the lead-up to the Civil War and Paris in the 1970s. It is the story of two women and the extremes to which they are willing to go for love. And above all, it is a story of great passions—and great betrayals—where nothing is quite as it seems.

By clicking 'Sign me up' I acknowledge that I have read and agree to the privacy policy and terms of use. Free ebook offer available to NEW US subscribers only. Offer redeemable at Simon & Schuster's ebook fulfillment partner. Must redeem within 90 days. See full terms and conditions and this month's choices.
Introduction

Paloma Batton led a relatively normal life before encountering her first ghost. A dedicated ballet dancer and aspiring member of the corps de ballet of the Paris Opera, Paloma lived with her grandmother in France and practiced her craft fiercely and meticulously. But when La Rusa, a famous flamenco dancer from Barcelona, appears to her with a pair of golden hoop earrings, Paloma’s reality shifts as she begins to explore the roots of her Spanish heritage and discovers who her ghost is—and what it’s trying to tell her. Author Belinda Alexandra tells Paloma’s story in Golden Earrings using the voices of two extraordinary women growing up in Spain during the Spanish Civil War, and how their lives wracked with loss and passion eventually intertwine.

1. How would you characterize the landscape of Spain in the early 1900s? How does it differ from Paris in the 1970s? In what ways do their differences color the stories of the narrators?

2. What are your initial suspicions as to why Evelina (Mamie) refuses to discuss her Spanish past with Paloma?

3. Paloma deeply resents her father for his affair with another woman while her mother was ill and dying. What details might she not know about her parents’ marriage? Can you think of other explanations to the circumstances?

4. Evelina and Celestina experience their worlds very differently, despite living in the same city in the same period. How do poverty and wealth impact the girls’ day-to-day lives? What knowledge or experiences are they isolated from in their respective situations?

5. Author Belinda Alexandra employs the theme of rebellion in Golden Earrings both as a literal and figurative storytelling device. How are they used most powerfully? Which character is most defined by his or her rebellion?

6. Describe Conchita. What does her dress and behavior tell you about her character? How does she seem to fit in with the Montella family and lifestyle?

7. In chapter 24, Celestina compares her father’s death to a bull dying in a matador fight, meaning both of them were destined to lose no matter what. What else does this metaphor represent within the context of the entire story? How did each of the main characters overcome or succumb to their respective destinies?

8. Do you think Celestina needed the tragedies in her life to happen in order to be able to dance as well as she did? Are certain experiences required to develop passion, or can a person simply be born with it?

9. Despite their upbringing, Xavier and Margarida believe in and fight for equality among classes. What kind of experiences may have influenced their altruistic personalities? Do you think good or bad can exist in people regardless of upbringing?

10. How were Paloma’s and Evelina’s perceived betrayals similar? How would Evelina’s life been different if she had known the truth about La Rusa and Conchita?

11. Knowing the purpose for why La Rusa visited Paloma beyond the grave, why do you think her ghost appeared to Paloma during that time of her life? Why not years before, or years later?

12. Why do you think Evelina never tells Julieta or Paloma about their real mother/heritage? Do you think there were reasons beyond her shame and anger toward La Rusa?

13. In Golden Earrings, infidelity is never exactly as it seems to those on the outside. When have you made assumptions about a person or persons and been wrong? Is it better to always give people the benefit of the doubt?

14. Do you agree with the inscription on La Rusa’s tombstone, “All honorable causes eventually succeed even if at first they fail”? Why or why not? If La Rusa’s family hadn’t suffered such tragic deaths for fighting for their beliefs, what honorable causes do you think she would have fought for?

15. If you had been faced with the choice La Rusa was forced to make with Salazar, what would you have done? How do you think La Rusa’s life would have been like if she had chosen to protect Xavier?

16. Belinda Alexandra uses first-person narration from three perspectives to tell her story. How is this better (or worse) than third-person omniscient? How different would your experience have been with the characters within a different narrative style?

1. In Golden Earrings, dancing is both a form of expression and a carefully honed art. How does your reading group contribute to or participate in the fine arts? Have members bring a drawing, a short story, ticket stubs to an opera, or even a dance routine to your next book club meeting. Take turns discussing how those interests bloomed and how family or familial traditions influenced them.

2. Ramon and Celestina judged the entire Montella family based on the actions of a few. Can you think of a time when someone made assumptions about you based on your last name or who you were related to? Try describing yourself through a stranger's eyes who's meeting you for the first time, and has only ever known your parents or your siblings. What beliefs might they have about your character or personality? How would they be wrong . . . and how would they be right?

3. Evelina writes letters to her sister Margarida for years and years after her death—either as a way to cope or to express her grief. Write a letter to a passed relative or friend. What would you tell him or her about your life? What would you want him or her to know?

4. Organize a ballet or theatre night with your book club—bonus points if you can get tickets to flamenco!

5. Do you have a duende, or demon? What would it look like, and how would you express it? Sketch or describe your demon on a piece of paper and take turns comparing and contrasting your duende with La Rusa’s. 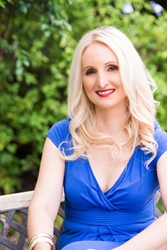 Belinda Alexandra has been published to wide acclaim in Australia, New Zealand, France, Germany, Holland, Poland, Norway, and Spain. She is the daughter of a Russian mother and Australian father and has been an intrepid traveller since her youth. Her love of other cultures and languages is matched by her passion for her home country, Australia, where she is a volunteer rescuer and caregiver for the NSW Wildlife Information and Rescue Service.

By Belinda Alexandra
LIST PRICE $12.99
PRICE MAY VARY BY RETAILER