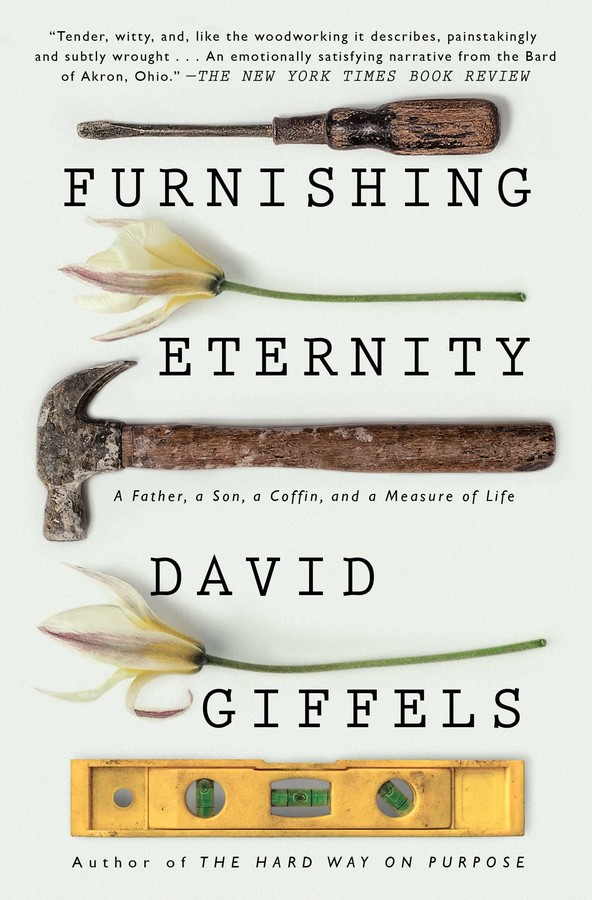 A Father, a Son, a Coffin, and a Measure of Life

By David Giffels
LIST PRICE $11.99
PRICE MAY VARY BY RETAILER

“A lifetime’s worth of workbench philosophy in a heartfelt memoir about the connection between a father and son” (Kirkus Reviews)—the acclaimed author of The Hard Way on Purpose confronts mortality, survives loss, and finds resilience through an unusual woodworking project—constructing, with his father, his own coffin.

David Giffels grew up fascinated by his father’s dusty, tool-strewn workshop and the countless creations it inspired. So when he enlisted his eighty-one-year-old dad to help him build his own casket, he thought of it mostly as an opportunity to sharpen his woodworking skills and to spend time together. But the unexpected deaths of his mother and, a year later, his best friend, coupled with the dawning realization that his father wouldn’t be around forever for such offbeat adventures—and neither would he—led to a harsh confrontation with mortality and loss.

Over the course of several seasons, Giffels returned to his father’s barn in rural Ohio, a place cluttered with heirloom tools, exotic wood scraps, and long memory, to continue a pursuit that grew into a meditation on grief and optimism, a quest for enlightenment, and a way to cherish time with an aging parent. With wisdom and humor, Giffels grapples with some of the hardest questions we all face as he and his father saw, hammer, and sand their way through a year bowed by loss. Furnishing Eternity is “an entertaining memoir that moves through gentle absurdism to a poignant meditation on death and what comes before it” (Publishers Weekly).

“Tender, witty and, like the woodworking it describes, painstakingly and subtly wrought. Furnishing Eternity continues Giffels’s unlikely literary career as the bard of Akron, Ohio…Only a very skilled engineer of a writer can transform the fits and starts, the fitted corners and sudden gouges of the assembly process into a kind of page-turning drama” (The New York Times Book Review). 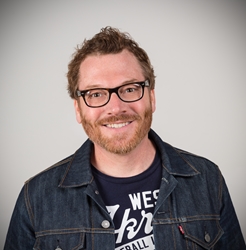 “An affecting memoir traces the building of a coffin and the tender pull of a father and son's relationship…David Giffels approaches these themes from a curious angle." —Minneapolis Star Tribune

“An observant memoir, with shares of both whimsy and grief.” —Akron Beacon Journal

“Tender, witty and, like the woodworking it describes, painstakingly and subtly wrought. Furnishing Eternity continues Giffels’s unlikely literary career as the bard of Akron, Ohio…an emotionally satisfying narrative…Giffels lovingly but never worshipfully traces the craft of coffin-making, and in so doing lets the essence of himself and his father be revealed through action. Only a very skilled engineer of a writer can transform the fits and starts, the fitted corners and sudden gouges of the assembly process into a kind of page-turning drama.” —Samuel G. Freedman, The New York Times Book Review

“Father and son bond over a lugubrious building project in this sweetly mordant saga of death and carpentry…Giffels treats heavy themes with a light touch and deadpan humor, drawing vivid, affectionate portraits of loved ones in the richly textured setting of Akron, Ohio. The result is an entertaining memoir that moves through gentle absurdism to a poignant meditation on death and what comes before it.” —Publishers Weekly

“Giffels does well as a voice of the Midwest, but this is for everyone.” —Library Journal

“A lifetime’s worth of workbench philosophy in a heartfelt memoir about the connection between a father and son.” —Kirkus Reviews

“Is it possible to write about the death of your mother, the death of your best friend, the coming death of your father and the inevitable death of yourself in a context that's both honest and lighthearted? Only if you are David Giffels, and only if you also include some practical information about woodworking. This book is like a Randy Newman song.”
—Chuck Klosterman, New York Times bestselling author of But What If We’re Wrong?

“Giffels does the rare emotional work of peering behind the curtain of the father-son relationship, and examining it under the press of mortality. He writes with honesty, humor but above all generosity. We could all learn something from these excellent pages.” —Alexandra Fuller, author of Quiet Until the Thaw and Don’t Let’s Go to the Dogs Tonight

“Obituary writers know our job is essentially reassessing life through the lens of death, searching for lessons. Giffels' writing is clever, vivid, hilarious and touching without ever being maudlin. He writes with the humor, expertise, reflection and precision of Steve Martin, Jessica Mitford and Bob Vila sharing a drink at a wake. In the process, he and his family have constructed a story filled with lasting lessons for us all.” —Jim Sheeler, Pulitzer Prize-winning reporter and author of Final Salute and Obit

A Father, a Son, a Coffin, and a Measure of Life

By David Giffels
LIST PRICE $11.99
PRICE MAY VARY BY RETAILER