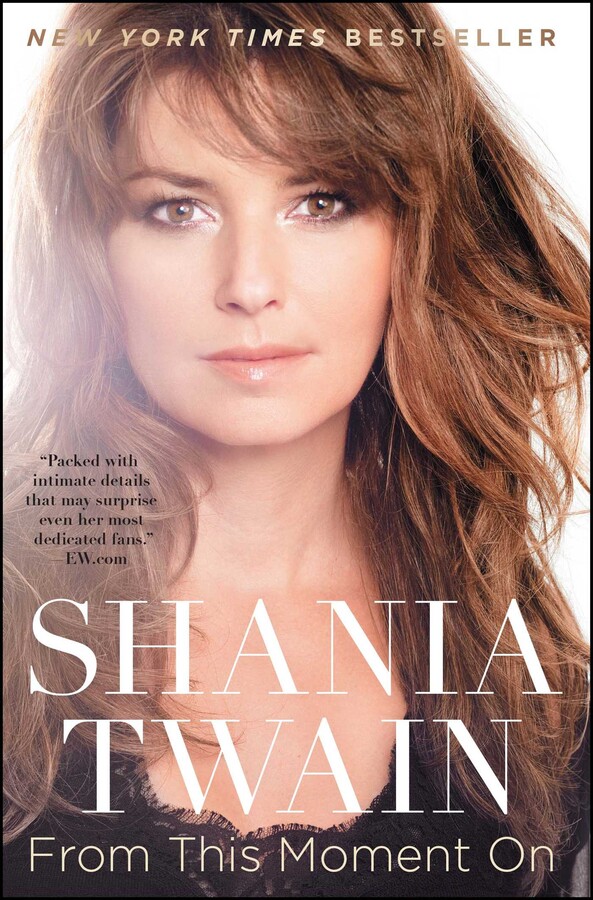 From This Moment On

Now in paperback from superstar Shania Twain, a poignant, heartfelt, and beautifully told account of her hard-scrabble childhood, rise to worldwide fame, and recent personal tragedies.

The world may know Shania Twain as many things: a music legend, a mother, and recently, a fixture in the news for her painful, public divorce and subsequent marriage to a cherished friend. But in this extraordinary autobiography, Shania reveals that she is so much more. She is Eilleen Twain, one of five children born into poverty in rural Canada, where her family often didn’t have enough food to send her to school with lunch. She’s the teenage girl who helped her mother and young siblings escape to a battered woman’s shelter to put an end to the domestic violence in her family home. And she’s the courageous twenty-two-year-old who sacrificed to keep her younger siblings together after her parents were tragically killed in a car accident.

Shania Twain’s life has evolved from a series of pivotal moments, and in unflinching, heartbreaking prose, Shania spares no details as she takes us through the events that have made her who she is. She recounts her difficult childhood, her parents’ sudden death and its painful aftermath, her dramatic rise to stardom, her devastating betrayal by a trusted friend, and her joyful marriage to the love of her life. From these moments, she offers profound, moving insights into families, personal tragedies, making sense of one’s life, and the process of healing. Shania Twain is a singular, remarkable woman who has faced enormous odds and downfalls, and her extraordinary story will provide wisdom, inspiration, and hope for almost anyone.

I have to say, it’s been satisfying bringing myself up-to-date with myself, if you will, through writing this book. I can see now that I was missing out on some wonderful feelings and emotions from the memories of my youth as a result of closing the book too tightly behind myself—leaving the chapters to collect dust on a shelf so high above arm’s reach that it would take too much effort to reopen them down the road. Much to my relief, in some instances I can say there were things I thought would be a lot scarier than they actually were when revisiting them, and it surprised me how things seemed so much smaller in retrospect. It’s like the giant tree at the end of your grandparents’ driveway, which you thought only Jack from Jack and the Beanstalk could ever be brave enough to climb. But when you go back as an adult, that towering tree might now be dwarfed in comparison to the magnified lens you once saw it through as a tiny child.

Before I started writing, this pretty much summed up my attitude toward the past: “That was then; tomorrow’s another day.” I did that because some of my past was painful, and this outlook helped me stay afloat. Now I see that in closing off part of my past, I also missed what was happening to me in the present. I was always in a rush toward tomorrow. Sometimes addressing things openly at the time they happen prevents “getting stuck” later on.

I was unhappy. My life had been a fight for security, a place in the world, the chance to pursue my goals. From a very young age, I grew up with the mind-set of a survivor, like a boxer in the middle of the ring, constantly spinning and turning, ready to punch anyone coming at me. Life was not going to knock me down! I had to make it. So I didn’t let anyone close enough to find a weakness that could undermine me. I lived in this survivor mode into my adult years and through the ascent of my music career. Long after I’d achieved success and security, I still kept my dukes up, as if no one told me that the fight was over or that I was at least between rounds. It was exhausting living in this defensive state, and other than being tired of it, I also slowly began to feel more confident that life wasn’t necessarily trying to beat me up all the time.

The bell still sounds for my defensive survival mode now and then, but I practice not responding to it. I now find it more worthwhile trying to accept that my days will unfold as they will. That’s not to say I’ve become complacent. I’ve just redirected that strength to pursuing the fun stuff.

I also no longer sweat the discomfort of sharing the past, the present, or the voyage along the way. And I don’t see any point in keeping my story to myself, as explaining about life with my parents, for example, might inspire and give strength to many suffering men and women out there who can relate to and benefit from my parents’ challenges, and from the courage they displayed during some of the more difficult times. It would be a shame for their life’s experiences to have died along with them. Better to remember even their pain as a source of inspiration than to forget them in vain. My parents were conscientious people with good intentions. If they were alive today to reflect on the years when my brothers and sisters and I were growing up, they might not feel that they’d lived up to their good intentions. There were plenty of times when the Twain family didn’t have enough to eat, lacked warm clothes in the frigid Northern Ontario winters, and lived in a cramped, rented apartment or house with no heat. The perpetual undertow of financial instability took its toll in other ways, as it usually does, compromising my parents’ love for each other at times and no doubt feeding my mother’s recurrent bouts of depression.

Because of the unpredictable periods of instability in my childhood home, I didn’t feel that I could really rely on my parents to be consistent caregivers or protectors of me. I didn’t know what to count on from one day to the next—calm or chaos—and this made me anxious and insecure. It was hard to know what to expect, so it was easier to just be ready for anything, all the time. But I understand and forgive my parents completely for this because I know they did their best. All mothers and fathers have shortcomings, and although there were circumstances during my childhood that to some may seem extreme, if one could say my parents failed at times, I would say they did so honestly. They were often caught up in circumstances beyond their control. If my parents were here today, I’d tell them what a great job they did under the conditions. I would want them to feel good about how they raised me. I would thank them for showing me love and teaching me to never lose hope, to always remember that things could be worse and to be thankful for everything good in my life. Most important, they taught me to never forget to laugh. I thank them for always encouraging me to look on the bright side; it’s a gift that has carried me through many challenges. They may not always have been the best examples, or practiced what they preached, but it was clear they wanted better for us. That in itself was exemplary.

Ultimately, I am responsible for how I live my life now, and what I make out of it. In fact, I am actually grateful for what I’ve gone through and wouldn’t change a thing—although I admit I wouldn’t want to live it over again, either. Once was enough. 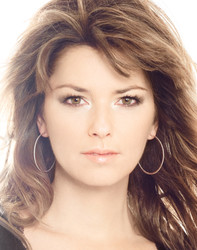 SHANIA TWAIN rose to fame in the early 1990s with her debut album, Shania Twain (1993), and achieved worldwide success with her 1997 album, Come On Over, which became the bestselling album of all time by a female musician, and the bestselling country album of all time. A five-time Grammy Award winner, Twain has also achieved major success as a songwriter, winning twenty-seven BMI Songwriter awards. She has sold more than 75 million albums worldwide to date, including 48 million in the United States. Her docuseries on Oprah Winfrey’s OWN network will debut in the spring. This is her first book.

“Packed with intimate details that may surprise even her most dedicated fans.” —EW.com

From This Moment On